This vegan hero sandwich recipe featuring plant-based deli slices is terrific as part of a soup-and-sandwich dinner. It’s also a treat for portable lunches for school and work and a fantastic choice for picnics. 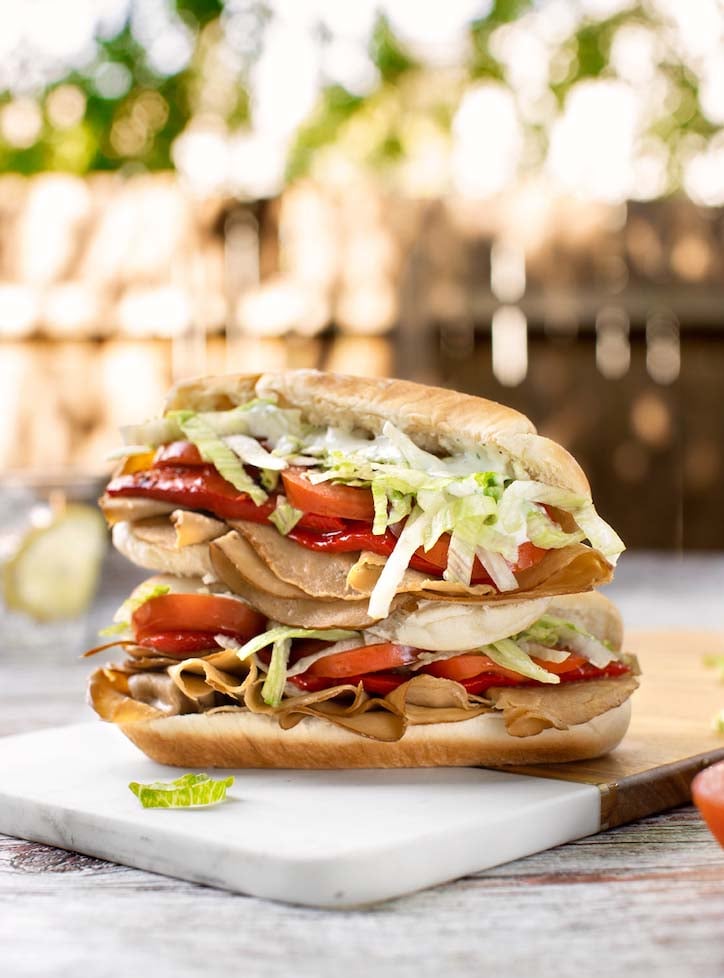 There are several well-known brands that make delectable deli slices. Most are based on soy and/or seitan, so those with soy or gluten allergies need to steer clear. Everyone else, enjoy this easy way to make hearty, high-protein sandwiches.

Unlike their meaty counterparts, vegan slices are free of saturated fat, cholesterol, and undesirable nitrites.

Some deli slices are bologna-style, some are analogs of super-thinly sliced “turkey,” while some mimic ham and corned “beef.” Explore these brands to discover your favorites. Some chain stores have their own proprietary brands as well. 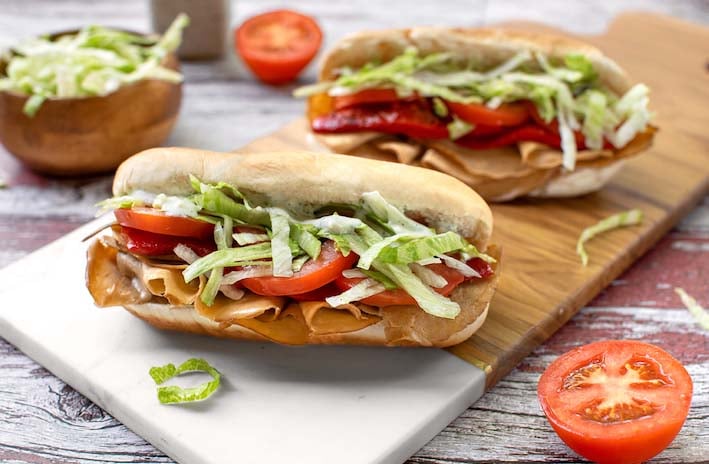 Make it kid-friendly: Kids may prefer these with plain vegan mayonnaise rather than the herb mayonnaise given above; they may also prefer the sandwich without the roasted red peppers.

Yield: This recipe makes 5 to 6 heroes, depending on the size of the bread. If you don’t need that many, it’s easy to cut the recipe in half. In fact, you need not follow this recipe to a T; it’s a sandwich, after all!

What to serve with vegan hero sandwiches

Recipe is adapted from The Vegetarian Family Cookbook by Nava Atlas. Photos by Hannah Kaminsky, BittersweetBlog.com. 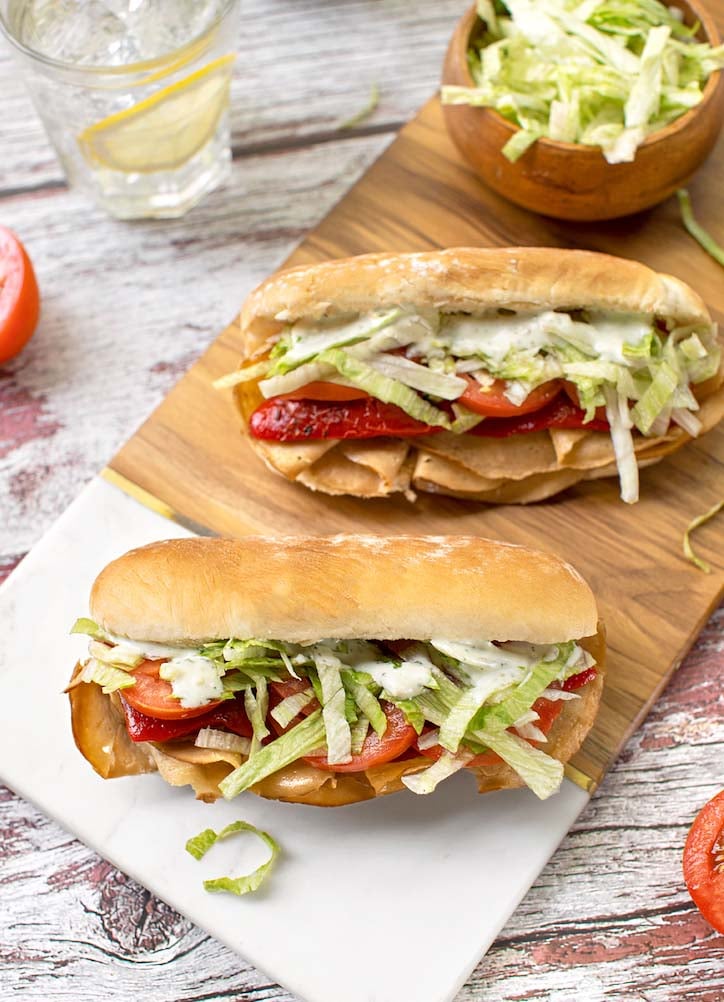 This nutritional analysis is an estimate. Accuracy depends on final sizes of portions and exact amounts of ingredients used. 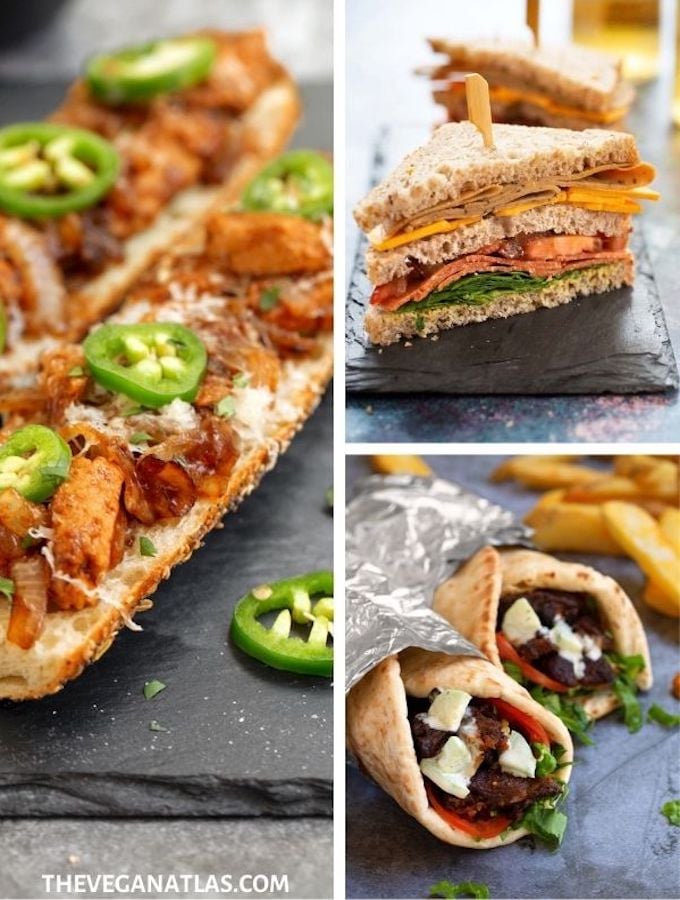