This recipe for Texas caviar (also known as cowboy caviar), a tasty marinated salsa or salad of black-eyed peas and black beans, incorporates other typical ingredients — bell peppers, tomatoes, and corn.  It can be used as a salad, but more often, it’s served as a chunky dip with tortilla chips. 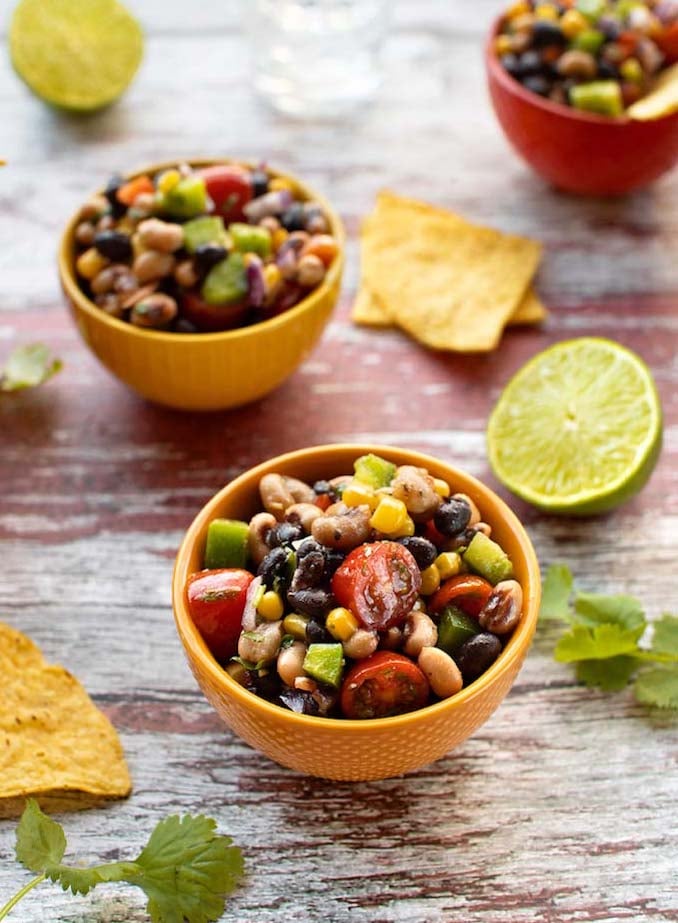 Original recipes often relied solely on black-eyed peas, but contemporary interpretations tend to combine them with black beans, which I tend to prefer — black-eyed peas are really intense as the primary focus of a dish. Texas Monthly offers a bit more on the history of this dish as well as the original, unvarnished recipe, which emerged around 1940.

Why is it called “Texas caviar”?

Legend has it that this recipe was developed around 1940 by Helen Corbitt, a New Yorker who had moved to Texas to work at some of its posh department stores. She first served it on New Year’s Eve at a Houston country club.

When she next served it at an event she hosted the Driskill Hotel in Austin, it acquired its name.  a kind of more accessible form of actual caviar, which is, as we know, extremely pricey. Texas caviar bears no resemblance whatsoever to caviar and isn’t at all a mock version of it. Very much its own entity, it’s best-known use is as a very chunky salsa or as a marinated salad.

Later in its journey, Texas caviar also became known as cowboy caviar, though the recipe is pretty much the same, whatever you choose to call it. 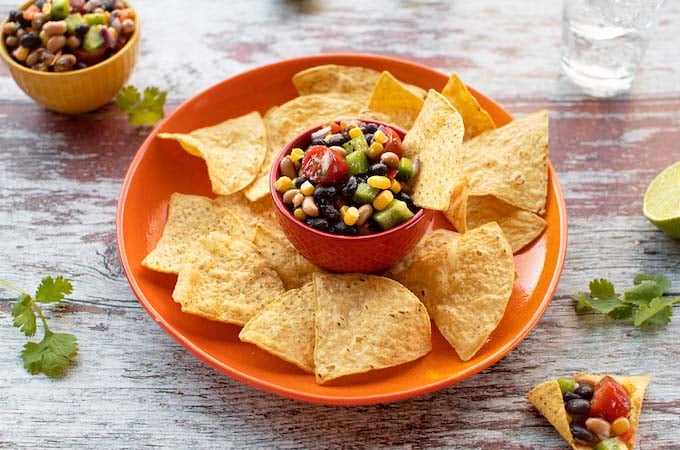 What does Texas caviar go with?

Often, Texas caviar is recommended as an appetizer for any kind of occasion, including game days, serve with plenty of tortilla chips. It’s also recommended as a side salad for lots of things that vegans don’t eat, but we can generalize that to suggesting it as an accompaniment with grilled vegetables and plant proteins.

As a salad, Texas caviar can stand on its own as a main dish for lunch, served with crusty bread or fresh tortillas. For dinner, it goes with rice dishes (like Southwestern Cheesy Vegan Rice Casserole) and other grain-centered entrees (Easy Quinoa Pilaf with Salsa Verde) as a colorful protein boost on the plate. 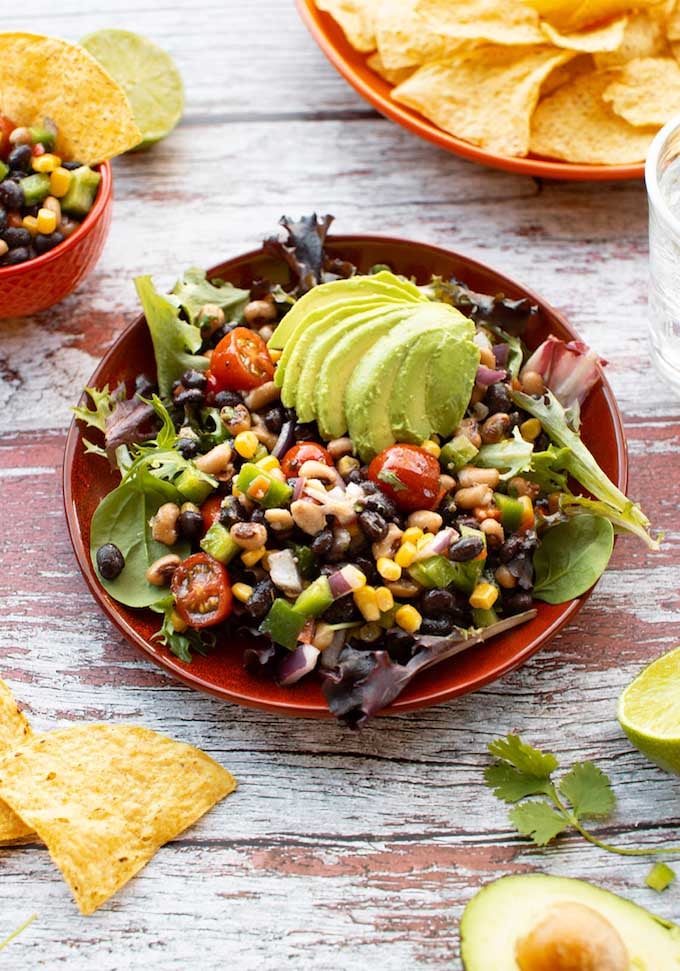 Combine the dressing ingredients in a small bowl and whisk together.

Combine the remaining ingredients in a mixing bowl and stir together. Pour in the dressing and stir again.

Cover the bowl and allow the salad to marinate for at least two and up to several hours. If your kitchen is cool, the mixture can stay out at room temperature; otherwise, refrigerate. Either way, stir occasionally.

Before serving, if liquid has pooled at the bottom the bowl, pour it off.

To serve: If using as a salsa, divide among 3 or so small salsa bowls and serve with plenty of tortilla chips. If using as a salad, line a serving bowl or platter with lettuce or baby greens; arrange some sliced or diced avocado over it.

If you like heat, choose serrano or jalapeño chiles; to keep it mild, use a poblano chile. 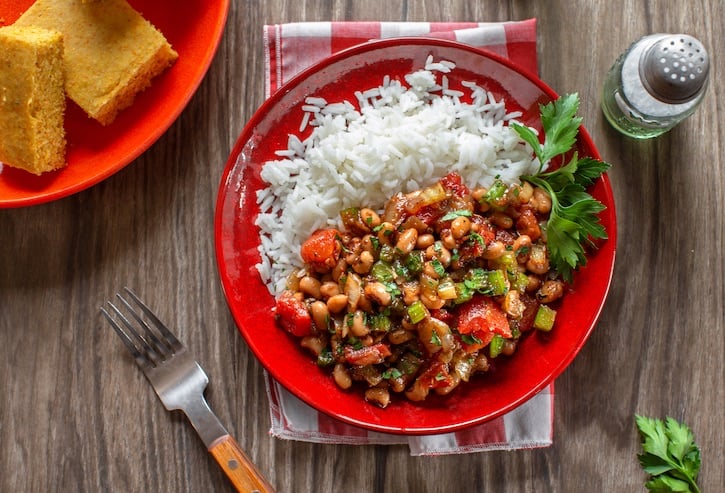