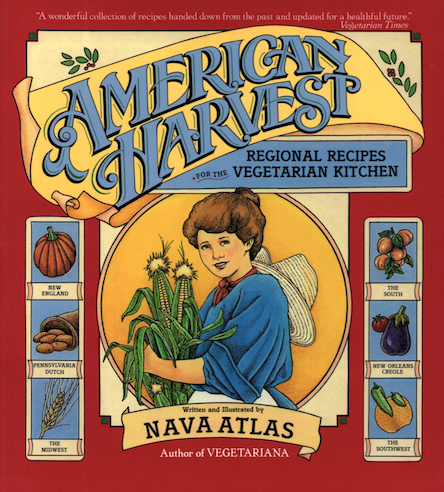 Just as all of these exotic new cuisines seemed to settle into a comfortable niche in this nation’s eating habits, there seemed, when this book was first conceived in the mid-1980s, to be a sudden explosion of interest in regional and traditional American cooking.

American Harvest was first published in 1987. It was also republished in 1998 under the title Great American Vegetarian, but other than the cover and title, it is the same book.

Seemingly overnight, a number of fascinating books and a proliferation of articles appeared on the subject, almost as a reminder to preserve and continue the tradition of down-home classics that developed, so to speak, in our own backyards.

The criterion for choosing the recipes in this book was that they fit in with the trend toward fresher fare, with lots of fresh vegetables, fruits, grains, and legumes. Though these items may not come immediately to mind when one thinks “American food,” they once played a major role in the traditional diet. 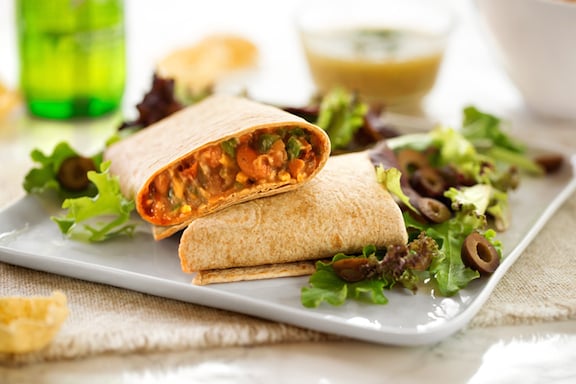 Among the recipes in this extensive collection are specialty dishes from New England, the South, Pennsylvania Dutch country, the Southwest, New Orleans, and the heartland of the Midwest. All of them contain ingredients native to American farmland, some of which have been used since colonial times.

Staples such as corn, beans, and squash are part of the history of our country, becoming part of the blending of Native American and European cultures. American Harvest includes recipes for breads, soups, salads, and a variety of vegetable, grain, and bean dishes. And let’s not forget desserts!

In the tradition of Nava Atlas’s classic Vegetariana, American Harvest is similarly illustrated with whimsical drawings and embellished with fascinating food lore and witty quotes.

Now you can add to your repertoire of Italian pastas, Chinese stir fries, and Indian curries an array of tempting homegrown classics such as southwestern enchiladas, thick Creole soups, southern griddlecakes, and New England cobblers.