Salsa verde, AKA tomatillo salsa, makes a bold flavor statement in this easy quinoa pilaf. It has a somewhat smoky aspect that adds a distinctive flavor to dishes.

Look for salsa verde shelved near the more common red salsa varieties in supermarkets and natural foods stores. You won’t need an entire jar for this recipe, so use the salsa verde you don’t use as a dip for tortilla chips, of course. Even better, mash it with a ripe avocado and lime juice for a simple guacamole.

But let’s get back to the subject at hand — this delectable quinoa skillet, whose other yum factor comes from melty vegan cheddar. You can take firmly packed half-cups’ worth of the finished dish and invert them on a plate for an appealing presentation, as shown in the photo above. Or just use it as is, pilaf style, as shown in the photos below. 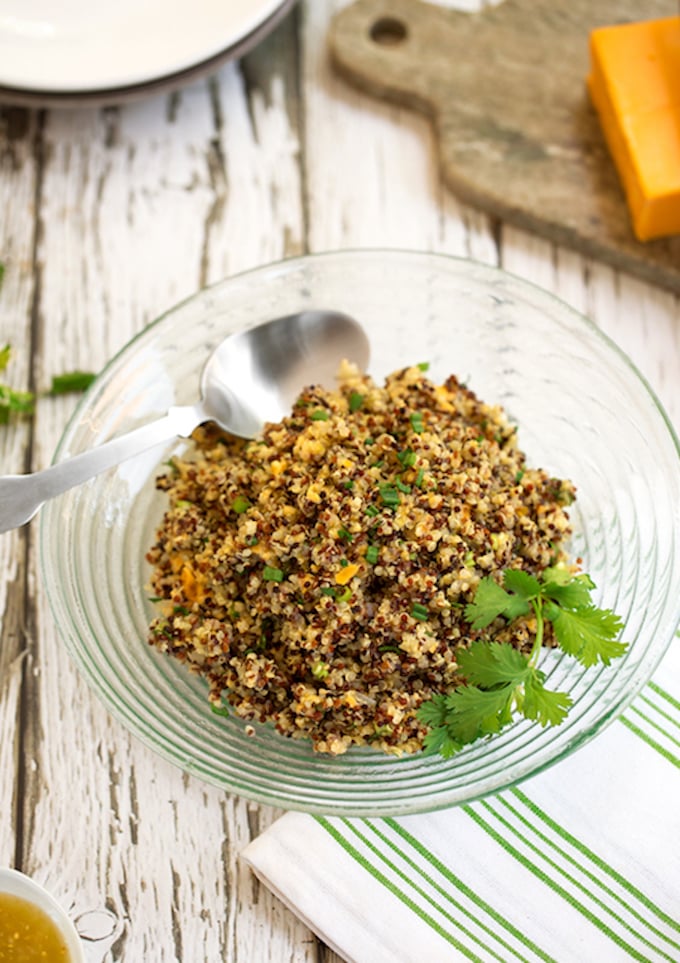 Served in moderate quantities, this is a great side dish, or in larger quantity, there’s no reason it can’t be the main event. For a light yet luscious meal, serve with steamed or roasted asparagus, sliced avocado, and sliced beets. For a heftier meal, add Super-Quick Two-Bean Salad. 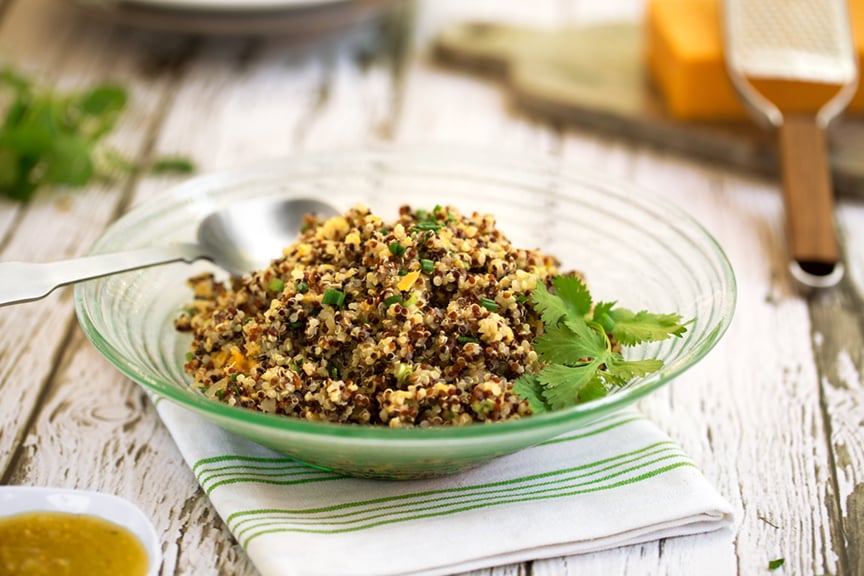 For anyone new to quinoa …

Quinoa seems like an established staple in the plant-based world, but here, for those who have yet to discover it, are a few basics: 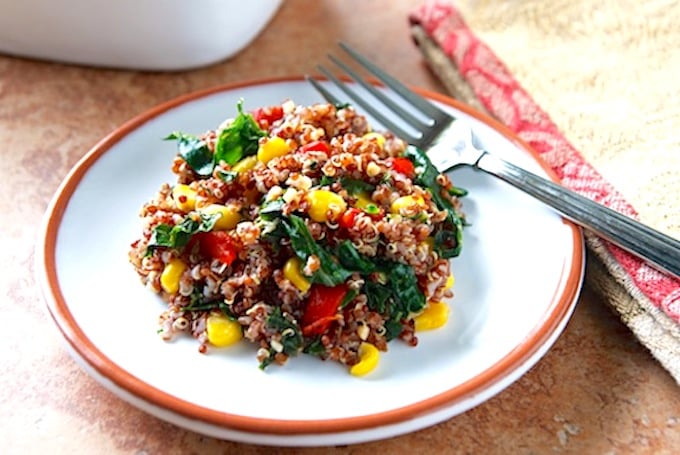 Previous Post: « Why Are You Vegan? Questions to Ponder on Your Journey
Next Post: Vegan Pumpkin Pecan Pie »