This simple Fattoush salad recipe (alternately spelled Fattouche), traditional to Middle Eastern cuisine, may not be as well known as tabbouli but is every bit as good. 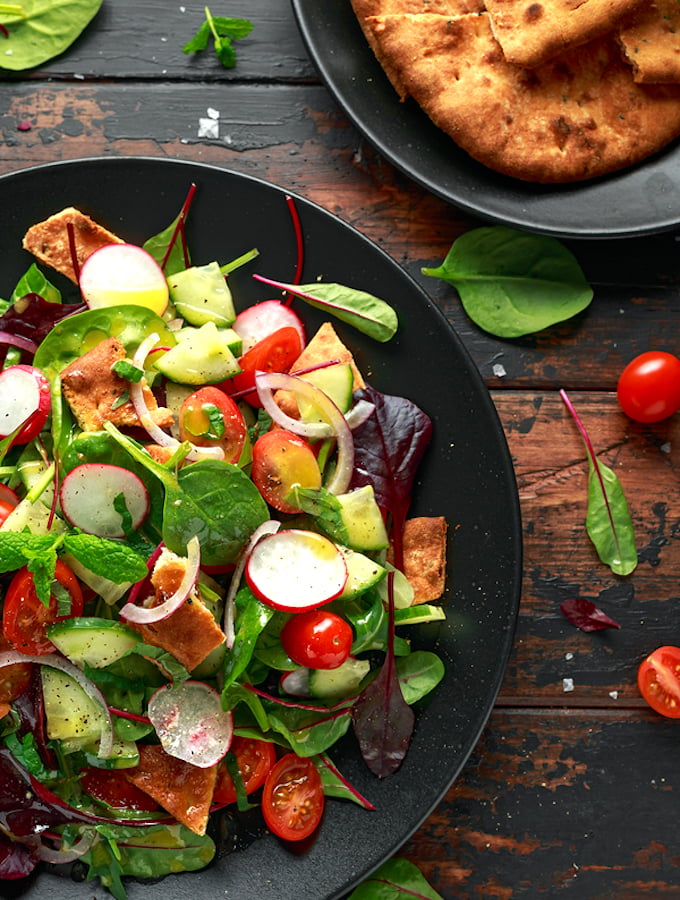 Toasted pita bread is tossed with everyday vegetables like ripe tomatoes, cucumber, radishes, and red onions. A simple olive oil and lemon dressing pulls it all together.

You don’t have to stick with a theme, though; this salad is a wonderful companion to most any kind of simple grain or bean dish. It can be served all year round, though it’s especially good in the summer. Try it with grilled dishes and fresh corn.

A little backstory on its origins: Fattouche salad is from the Levant region of the Middle East. Lebanon is often cited as the birthplace of the recipe, and from there, it spread to Jordan, Israel, Palestine, and Syria. Every chef — home or restaurant — has a slightly different way of making it.

The salad’s name is derived from the word “fatta,” referring to recipes that incorporate day-old flatbread. and honestly, the ingredients don’t need to be added in exact amounts. It’s a salad, after all, and eyeballing is always fine. Enjoy! 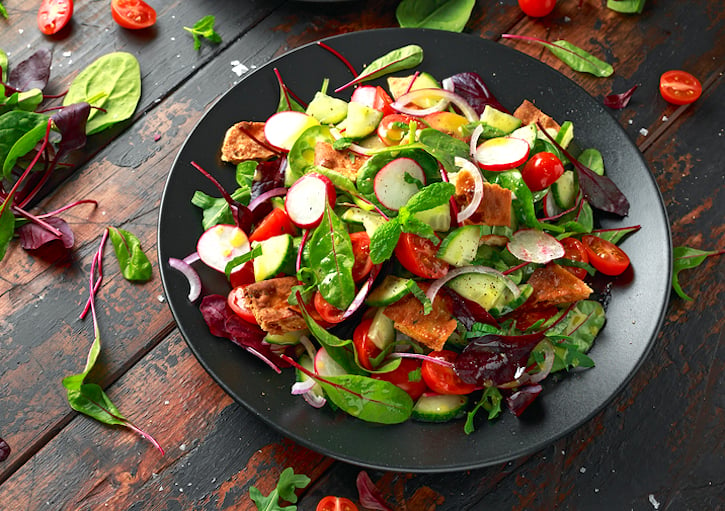 Variation: Use a couple of big handfuls of lightly crushed pita chips. The salad won’t be as pretty, but it works! 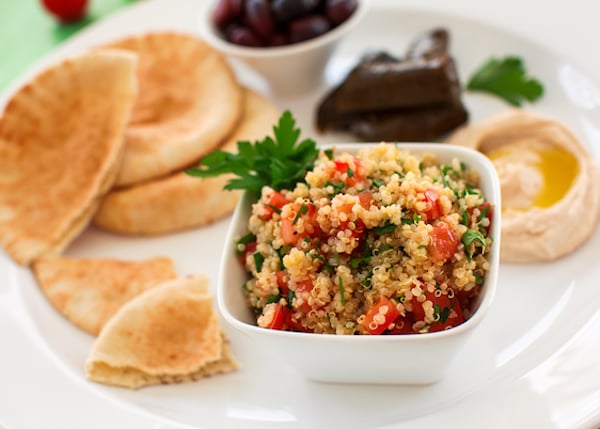