Mujaddara, a traditional Middle Eastern dish, is sometimes made with rice, or, in certain regional variations, with cracked wheat or bulgur. Either way, the grain is combined with lentils and lots of onions browned in olive oil. 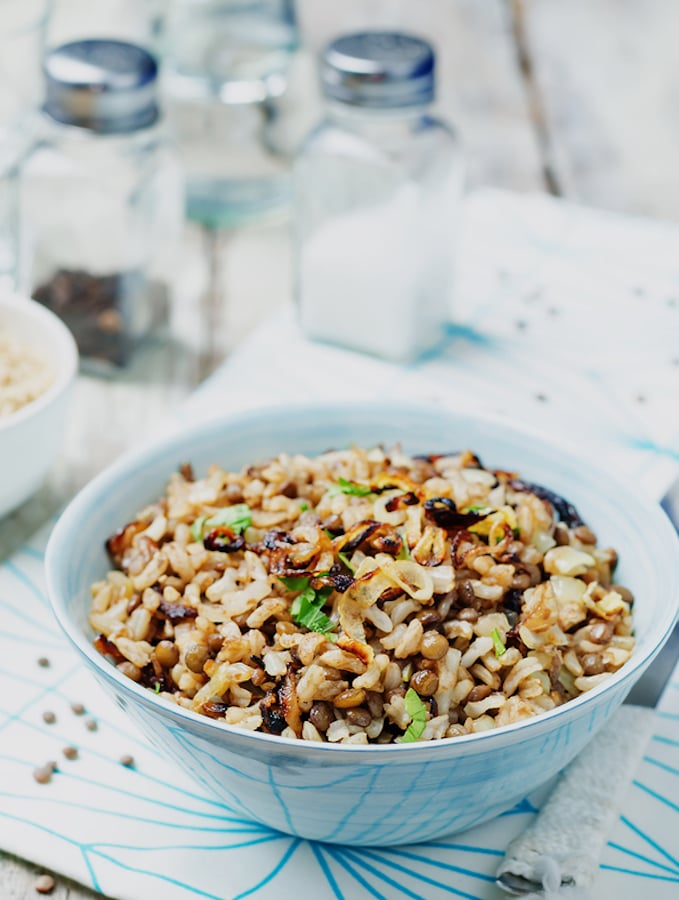 I like making this simple dish with brown rice, since it can be cooked together with the lentils. It’s such an appetizing dish — even if, admittedly, it isn’t the prettiest.

A bit of background on Mujaddara

Mujaddara is alternatively transliterated as mujaddarah, mjeddrah, mujadara and at least half a dozen other variants. The recipe dates back at least to the 13th century as a mainstay in Middle Eastern cuisine.

Like other lentil specialties, Mujaddara is enjoyed by many communities in the region, where these protein-packed legumes are a staple ingredient. It’s a favorite Lenten dish among Christian Arabs, as well as of Jews of Middle Eastern descent. The first time I had it, in fact, was at a home in Israel. 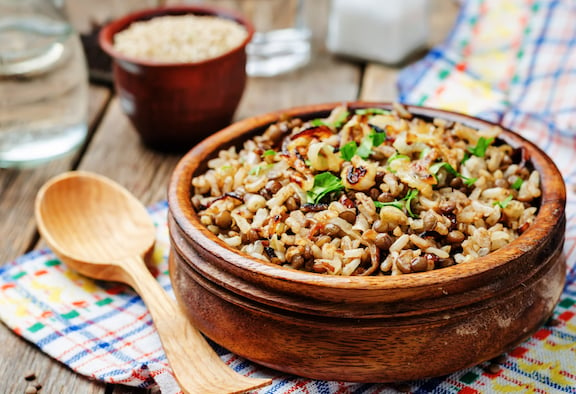 The combination of rice and lentils is so beloved that variations have spread to other parts of the Asian continent. In Iran, there’s the beautifully spiced Adas Polow, and in Indian cuisine, there’s a variant called khichdi.

Inexpensive, filling, and tasty, Mujaddara has earned its place as a beloved dish, inspiring the Arab saying: ”A hungry man would be willing to sell his soul for a dish of mujaddara.” No need to sell our souls — just gather up these everyday ingredients and get cooking!

Accompaniments: My favorites to go with this dish are a simple salad of finely chopped tomatoes, cucumbers, and peppers dressed in olive oil and lemon juice (aka Israeli salad) and a steamed or sautéed green vegetable like green beans.

Do you like lentils? If so you’ll enjoy our Guide to Lentils, with varieties, cooking tips, and recipes.

Find more tasty vegan rice recipes from around the world. 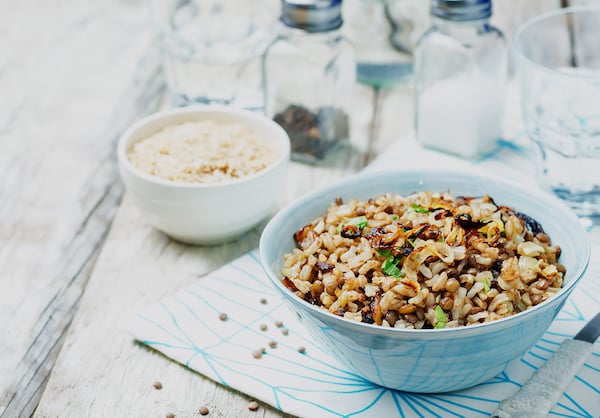 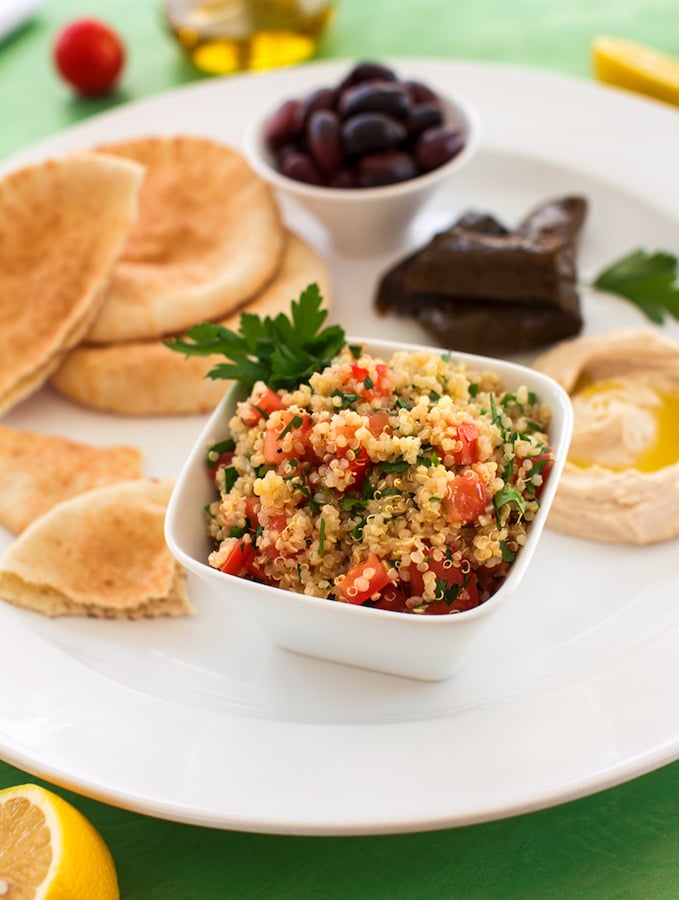