Many variations of this type of matzo casserole, known as a mina, are specialties of Sephardic Jews of various cultures. This one is Italian-influenced, and came my way via a resident of Bologna. This eggplant matzo mina will remind you of lasagna, and it can serve as a festive main dish for a vegan Passover seder. 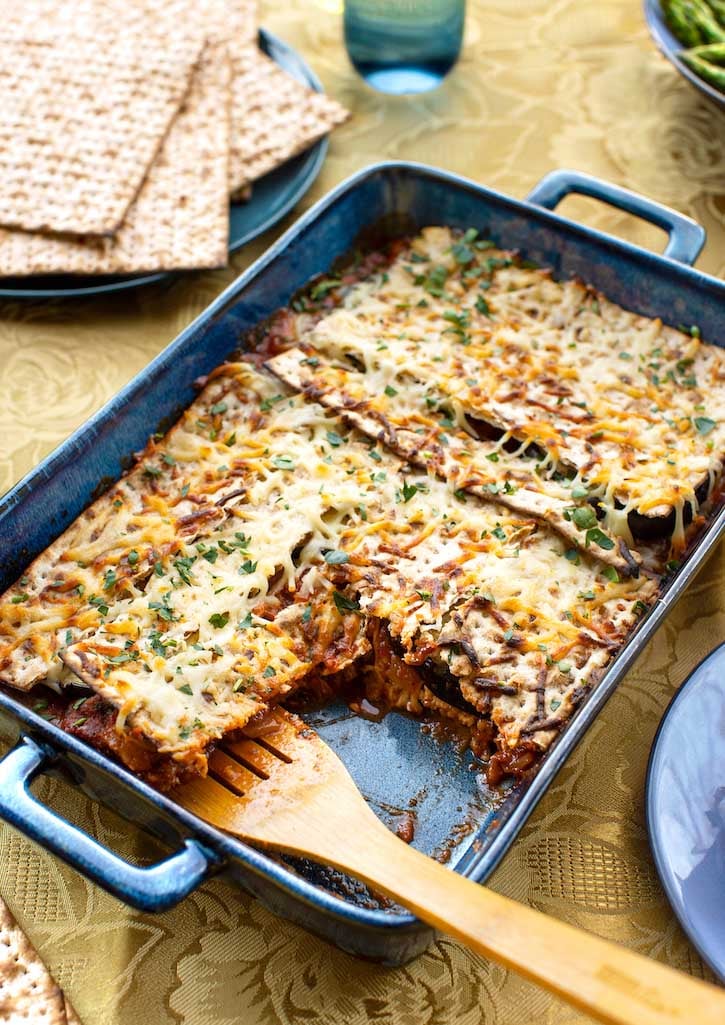 It’s not easy to find exciting main dishes for the Ashkenazik Passover Seder. Sephardic Jews have more options, as they continue to use some grains and legumes, other than those considered hametz, during the holiday week. These foods are in the category of Kitniyot, which you can learn about in more detail here.

It seems like the rules on kitniyot are occasionally updated – notably, when it was decreed some years back that quinoa would be considered an allowable food for Passover. 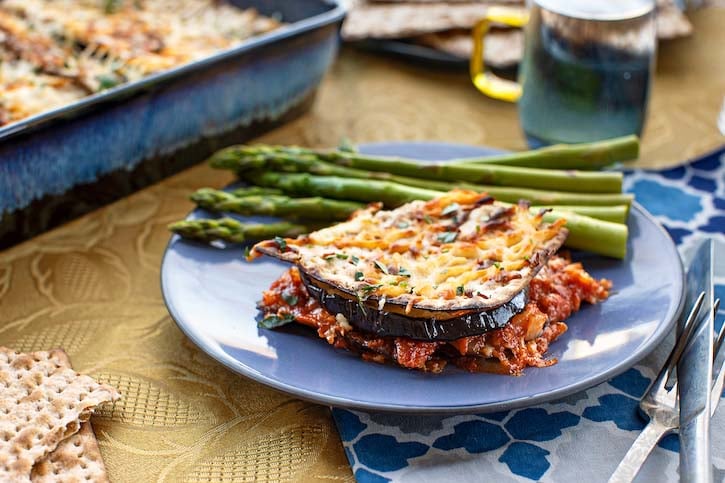 This delectable layered casserole mainly consists of produce and matzo; there are couple of items that need to be flagged if you use strictly Kosher for Passover designated foods (rather than generally Kosher):

You’ll likely be able to find a Kosher for Passover marinara sauce. But I’m not sure the same is true for vegan cheese shreds. Daiya® brand is Kosher and since it’s made from tapioca starch, which isn’t hametz, it isn’t considered kitniyot.

If you keep strictly Kosher for Passover but you like the idea of a layered matzo casserole, consider Spinach and Potato Matzo Gratin, in which the Daiya vegan cheese shreds are optional.

This casserole is not only a delicious addition to the seder table, it’s a great way to use leftover matzo after the holiday week. 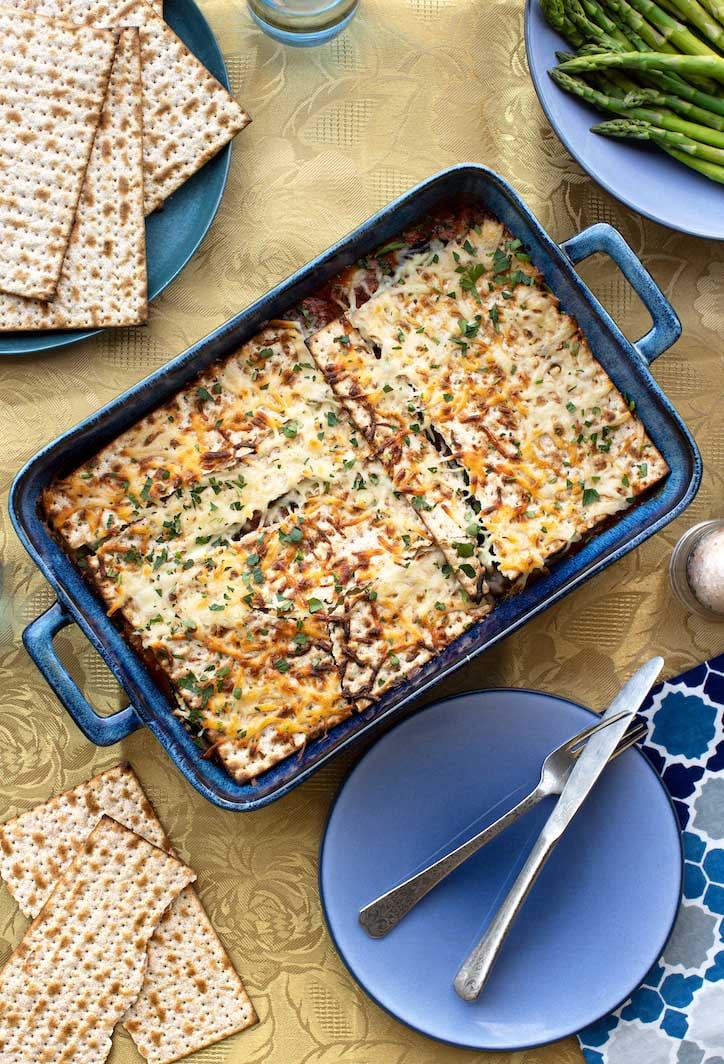 There are a number of Kosher vegan cheeses that aren’t kitniyot, though they’re not specifically Kosher for Passover. One of them, for example, is Daiya, which is made from tapioca starch. 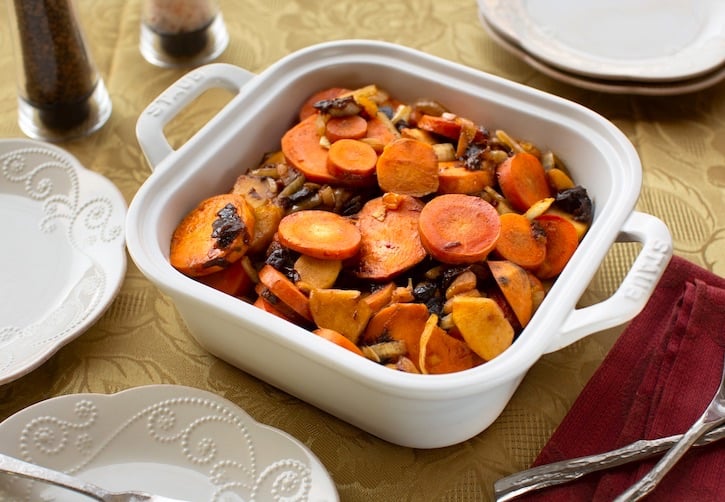