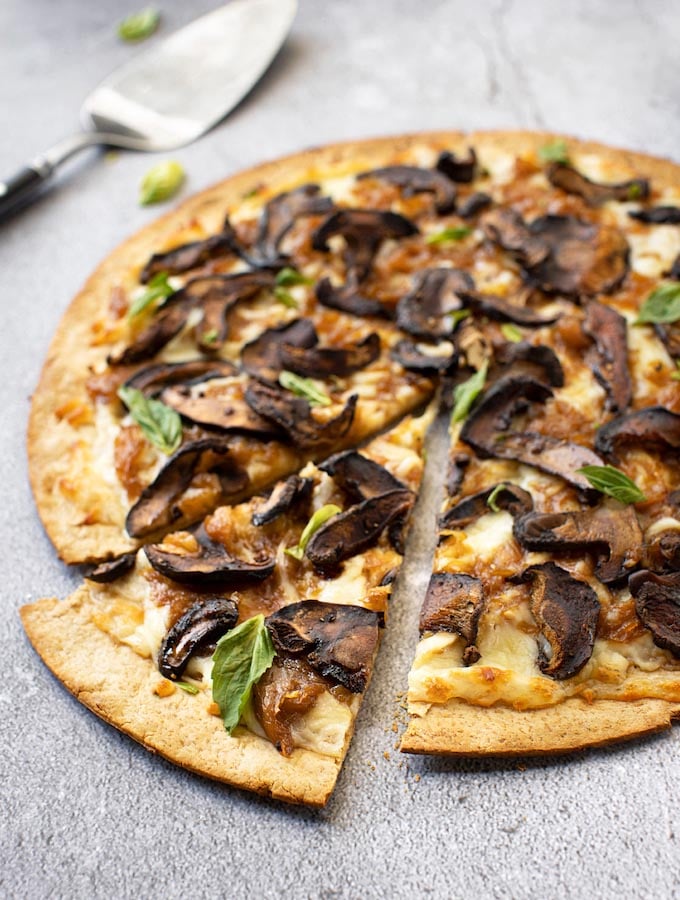 You can make almost anything taste (and smell) like bacon with just a few ingredients, and spare the poor animal. And even if these preparations don’t exactly remind you of bacon, the flavor and aroma are addictive in their own right — sweet, salty, and smoky.

Can another type of mushroom be used? Absolutely. Use cremini, portobello, or oyster mushrooms. Or mix a few varieties.

My favorite ingredient to “baconize” is shiitake mushrooms. Their mouth feel and texture are so appealing. Once you make them for this pizza, you’ll want to make them again and again for other uses.

Shiitake mushroom bacon is also great in sandwiches and wraps, and used as a topping for simple pasta and grain dishes. For more details, see How to Make Vegan Mushroom “Bacon.” 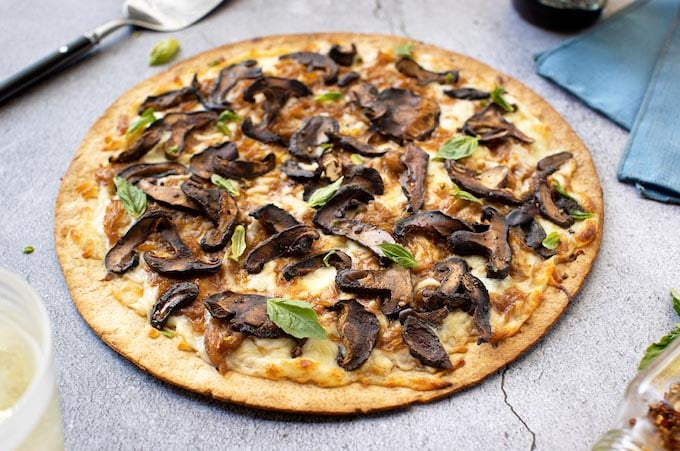 Crust options: Use your favorite all-natural prepared crust if you don’t make your own (I often don’t; too lazy!). For this recipe, you’ll need one 12- to 14-inch round crust or two large rectangular flatbread crusts (about 12 by 6 inches each).

If you prefer to DIY, try this easy recipe for Whole Wheat or Spelt Pizza Crust.

For me, pizza is more about letting the toppings shine. Feel free use thin or thick crust, according to your preference. Of course, you can also use cauliflower crust, which is a fantastic option for this recipe.

If you love delectable shiitake mushrooms, make sure to explore this roundup of vegan fresh shiitake mushroom recipes. See A Guide to Fresh Shiitake Mushrooms, the Ultimate Umami Ingredient for lots more tips and ideas. 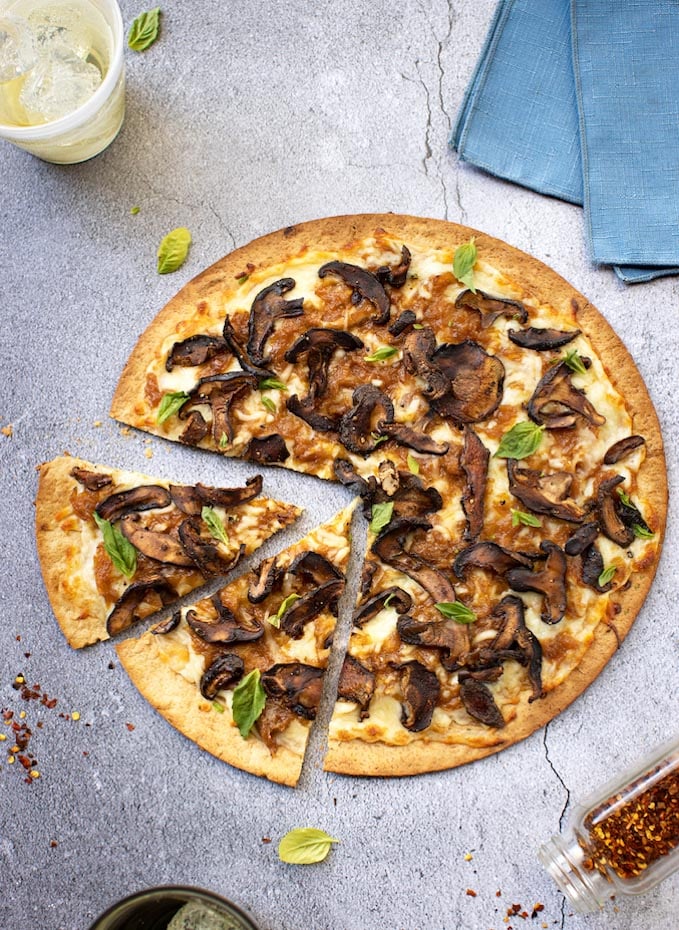 Variation: If you don’t care to make your own shiitake bacon, use a prepared vegan bacon product like Fakin’ Bacon. I’d say about 5 or 6 strips would be about right; chop them into small pieces and cook on a lightly oiled skillet until browned and crisp on most sides.

Another variation: Use about a half cup of chopped black olives instead of the shiitake bacon.

A note about the barbecue seasoning: You’ll find these kinds of seasoning blends in the spice section of supermarkets. Varieties including mesquite, smoky maple, and just plain barbecue. They're all good! McCormick is a common brand. 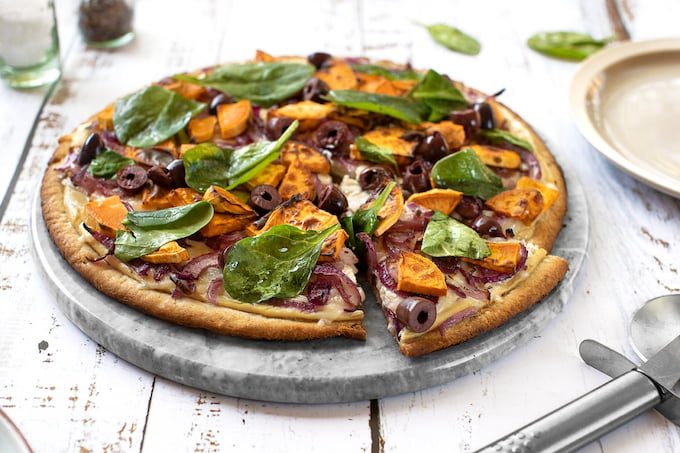