Making a good whole wheat or spelt pizza crust from scratch isn’t that difficult. Give this easy homemade pizza dough a try. Top with your favorite pizza fixings — sauce, vegan cheese, plenty of vegetables, plant proteins, and herbs — and don’t be shy about loading it up — this is a sturdy crust! 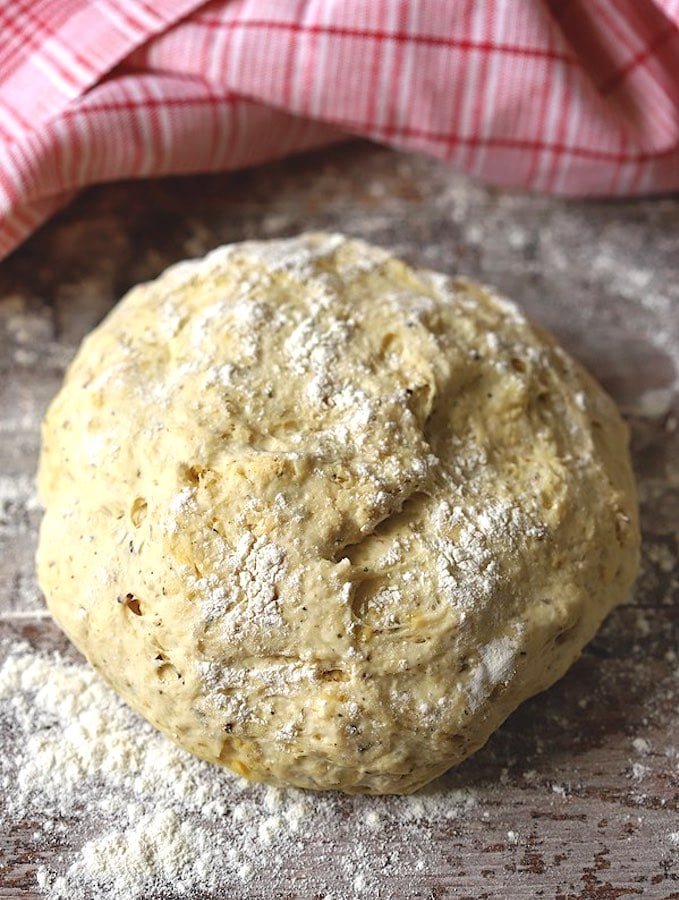 I’m usually too lazy to make pizza dough from scratch, what with the options for good, natural brands of crust so widely available. But once in a while, I I like to make crust from scratch.

There’s nothing like it, and it’s really not that difficult. There isn’t a lot of hands-on time; it’s mostly the waiting for the dough to rise.

This recipe for whole wheat and spelt pizza crust is one that I’ve relied on for years, when those rare stretches of extra time come along. 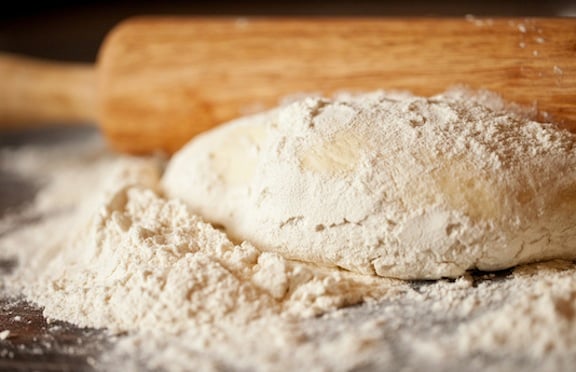 There’s not much that goes into making pizza dough, ingredient-wise. All you need for this one is:

A nice touch is adding an herb blend and/or black pepper to your crust. Try a combination of Italian seasoning and some freshly ground pepper for added flavor and visual interest. 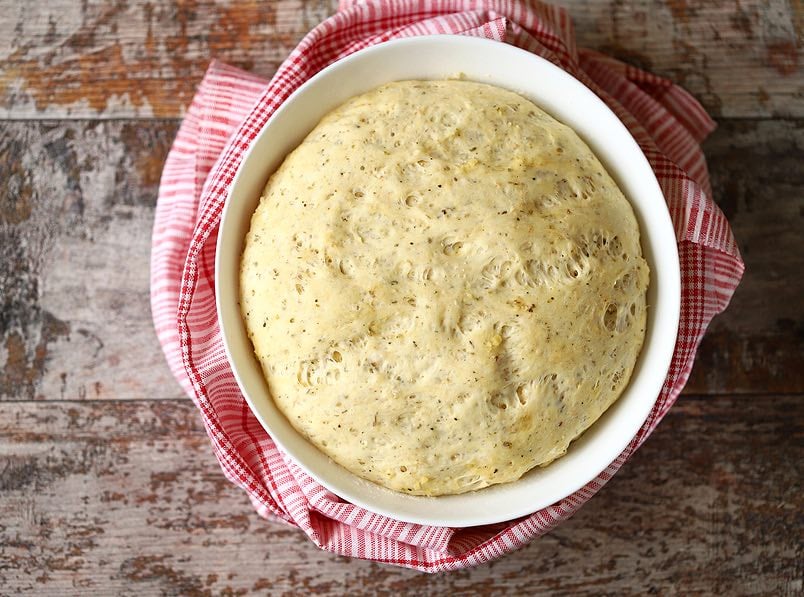 Just a little patience! After kneading the dough, you’ll place it in a floured bowl, cover with a tea towel, and put it in a warm place. I turn the oven on for a minute or two, then turn it off. It should be just warm, not hot. Then, let the dough rise until doubled in bulk, 1 to 1 1/2 hours. It only needs one rising. 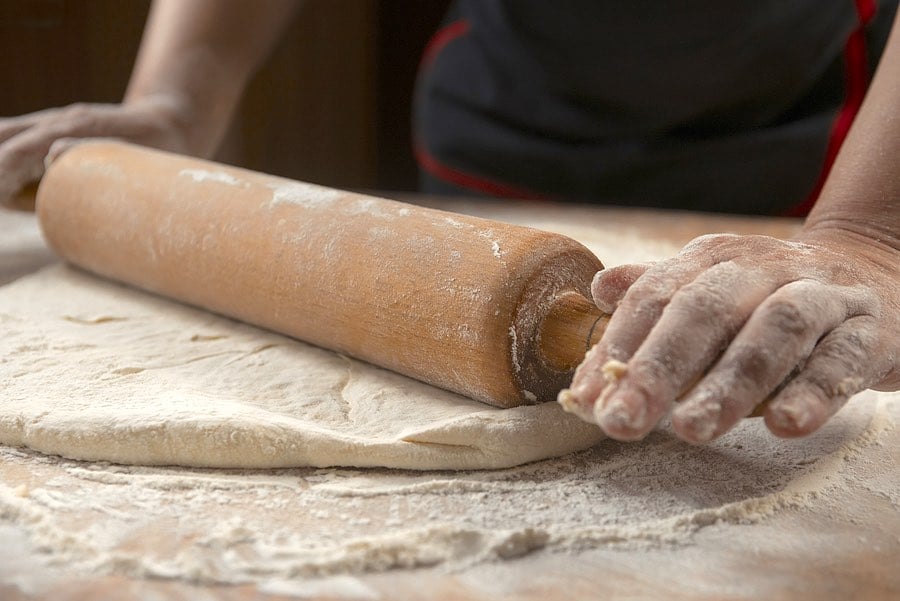 After the dough has risen, you’ll punch it dough down, divide it, and form into two rounds. Roll out one round on a well-floured board and stretch to fit a 12- to 14-inch round pizza pan, then repeat with the other.

Yes, you’ve probably seen expert pizza makers toss the dough in the air to stretch it, but that takes a lot of practice. We’ll stick with the rolling pin.

Try this crust with: 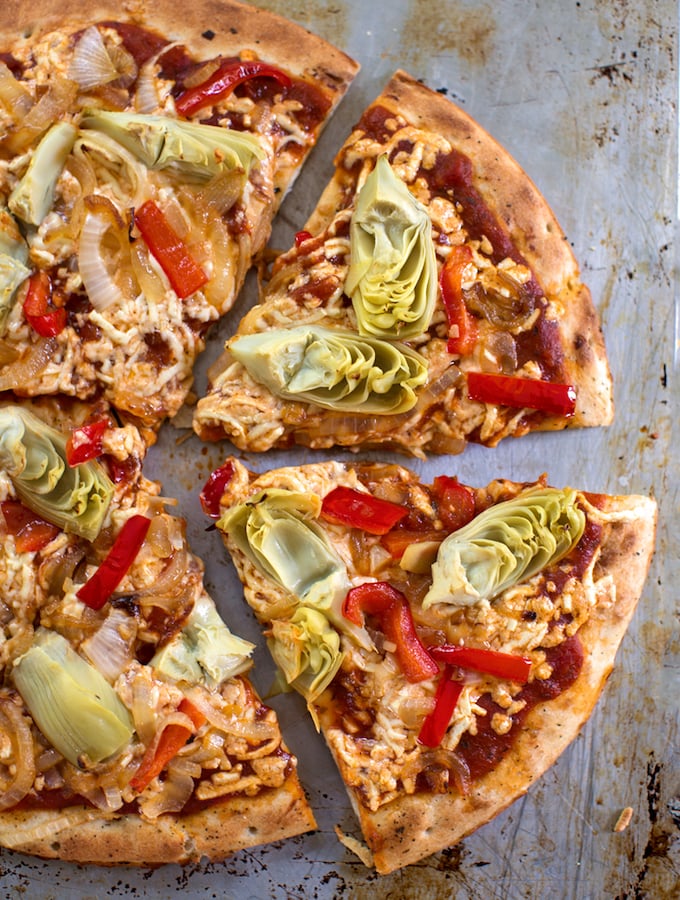 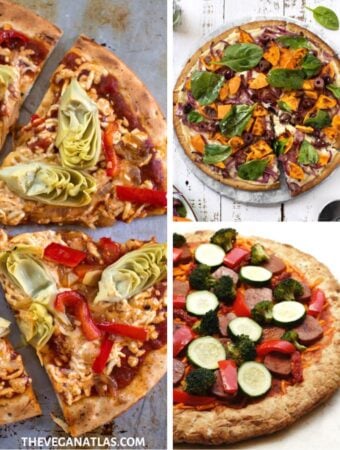 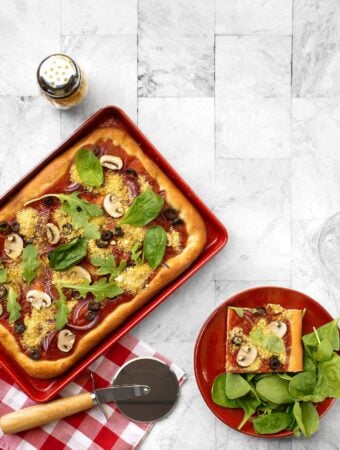 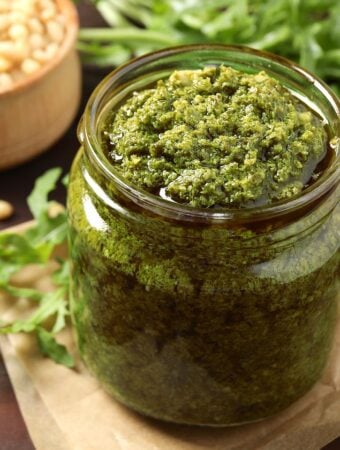