Matzo brei is a kind of flat omelet that’s a classic breakfast during Passover week and beyond. This recipe will show you how to make a vegan matzo brei, without the customary eggs. It’s easiest to make this one serving at a time in a small skillet; for more servings, repeat the recipe as needed. 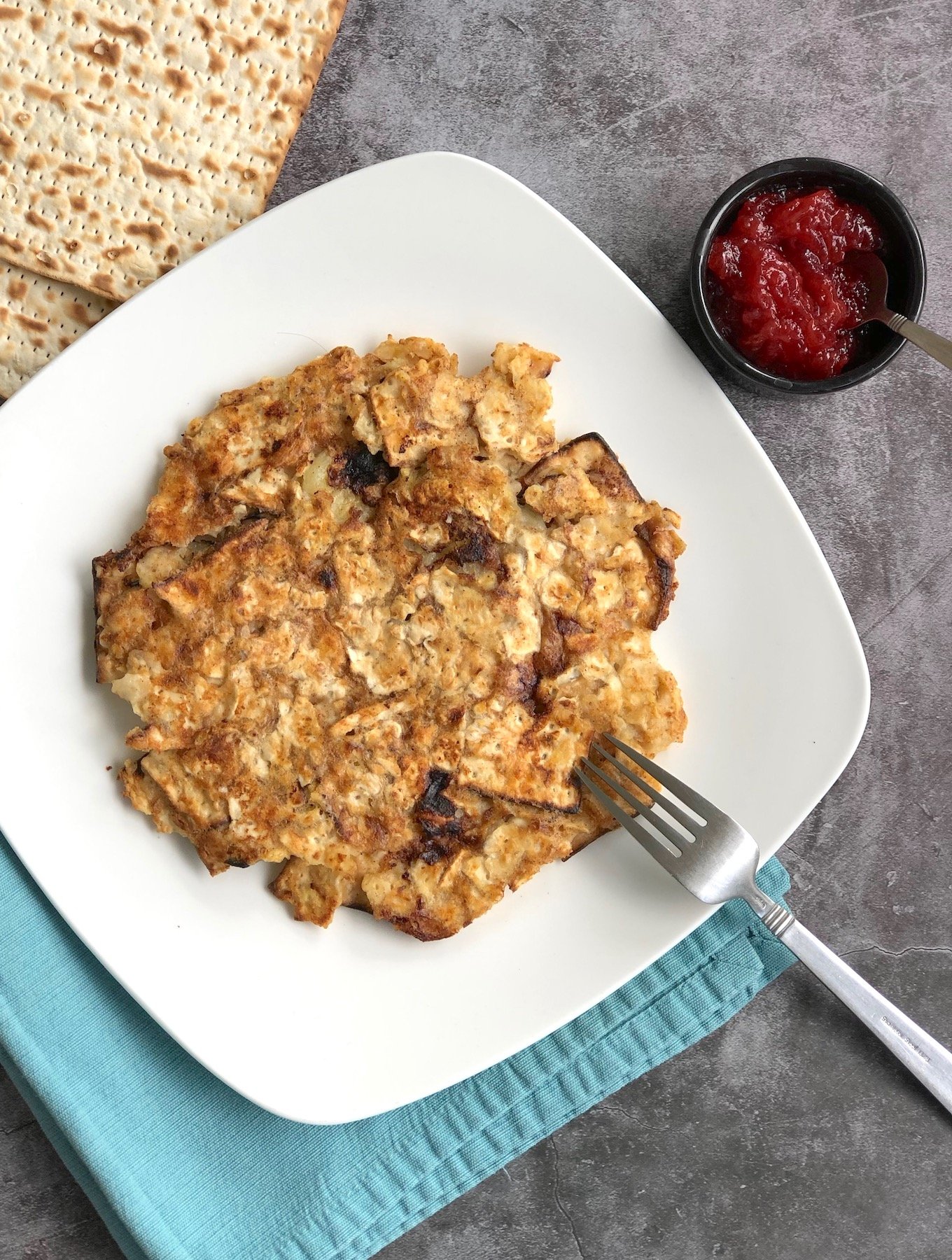 Basically, matzo brei consists of broken matzo that’s softened with hot water, then mixed with scrambled egg and fried. Not exactly your powerhouse breakfast — after all, matzo isn’t exactly a super food — it’s one of those Eastern European specialties that’s suffused with nostalgia. Here we replace the egg, easily and cleverly!

A trio of egg substitutes: I give you three choices for the egg substitute that will hold the matzo brei together. Two of the options — oats (which are hametz) and garbanzo (chickpea) flour (legumes are kitniyot) are ingredients that aren’t allowable foods during the Passover week for those who adhere strictly.

Sephardic tradition still allows legumes and some other kitniyot during Passover week. Some Ashkenazi traditions have started to allow kitniyot, too. If you’re fine with that, go ahead and try this with garbanzo flour.

Quinoa flakes, as a derivative of the relatively recently allowable food, quinoa, is the most Passover-friendly option. That’s my favorite “glue” for my Vegan Matzo Balls. 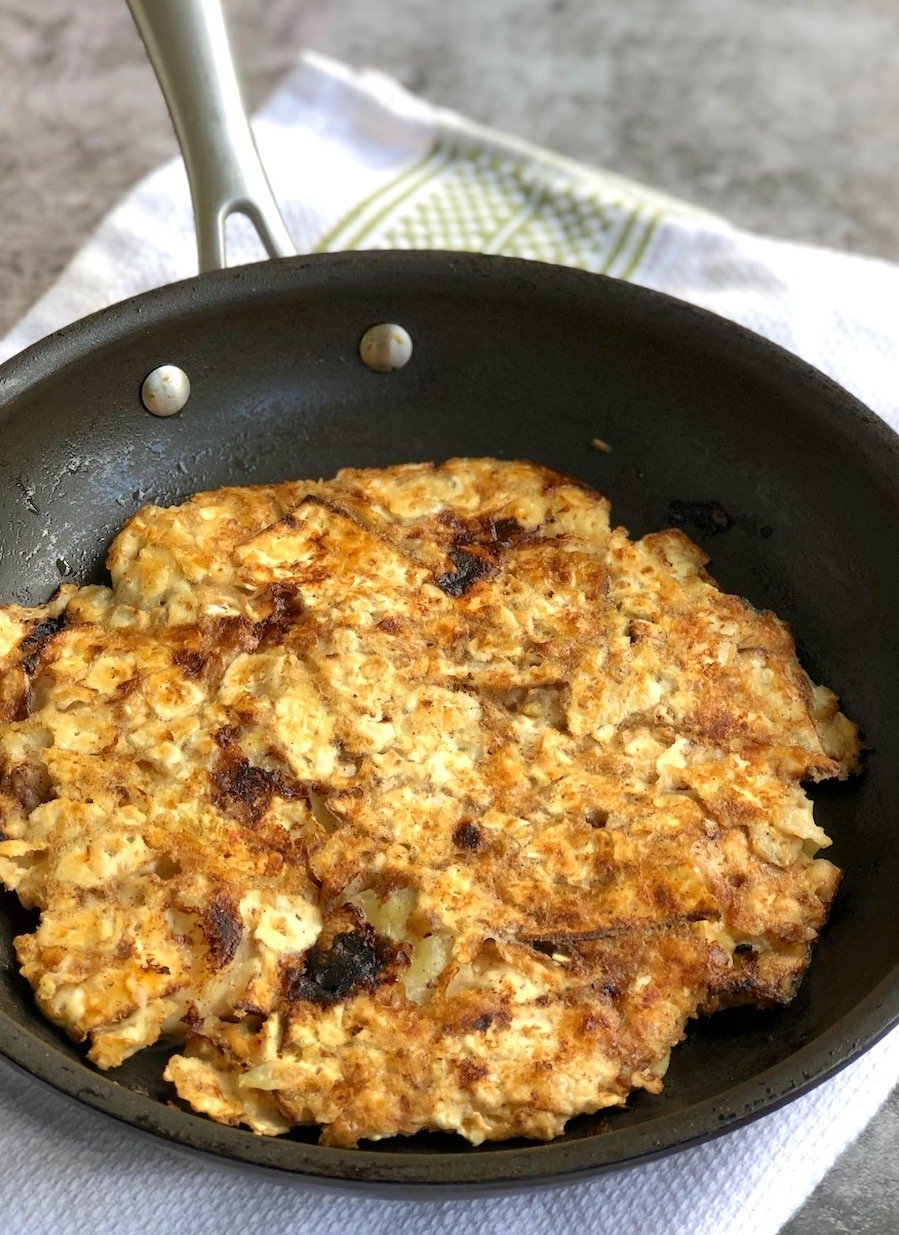 If you adhere to Passover food rules, you can always wait until after the holiday week to make matzo brei. Like most everyone else who celebrates, you’ll likely have plenty of leftover matzo to use up.

Make sure to explore the variations: Often, matzo brei is enjoyed just as is; straight from the pan, lightly salted. Incorporating a little bit of fruit into the batter (banana, apple, or pear) into the batter is a lovely touch; you can also make it savory with baby spinach or other baby greens and/or fresh herbs. 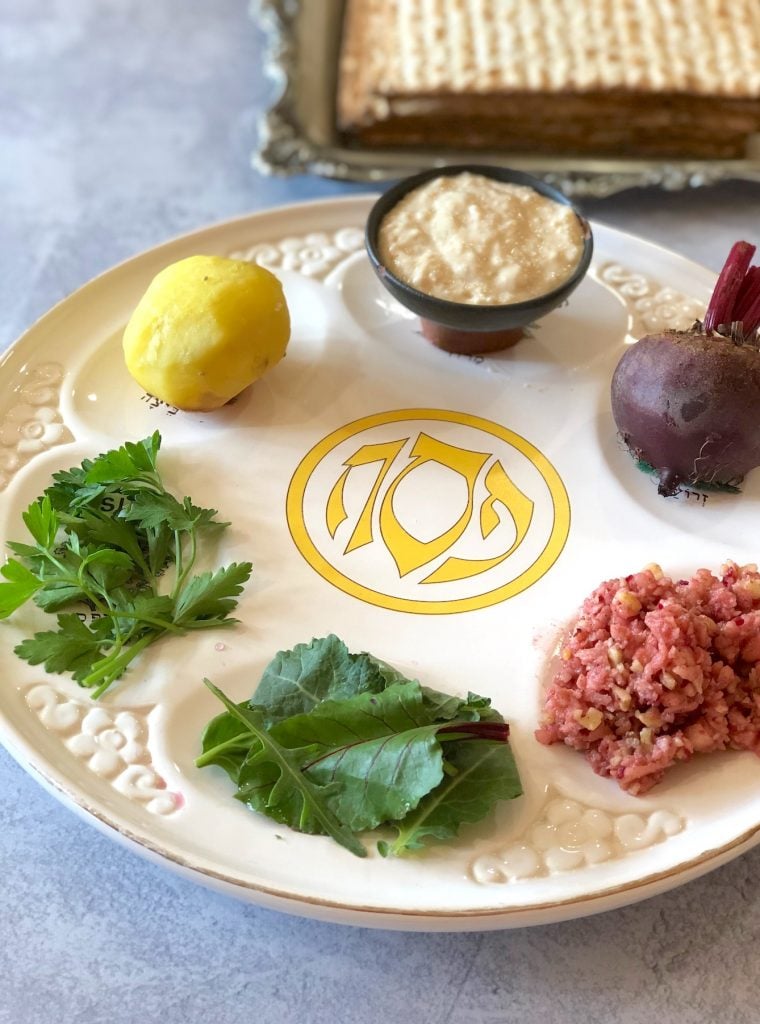 For a sweet variation: Add 1/4 to 1/3 cup sliced banana, 1 tablespoon maple syrup and a generous pinch of cinnamon after allowing the matzo mixture to stand in step 2. Stir in and proceed with the recipe.

For a savory variation: Add 1/2 cup finely chopped baby spinach and/or 2 to 4 tablespoons finely chopped fresh parley, plus a thinly sliced scallion or two, after allowing the matzo mixture to stand in step 2. Stir in and proceed with the recipe.