Figuring out how to make vegan matzo balls was a surprisingly challenging process. The secret is to bake rather than cook them, ensuring that they don’t fall apart. The result: a recipe that’s super-easy, and really good! 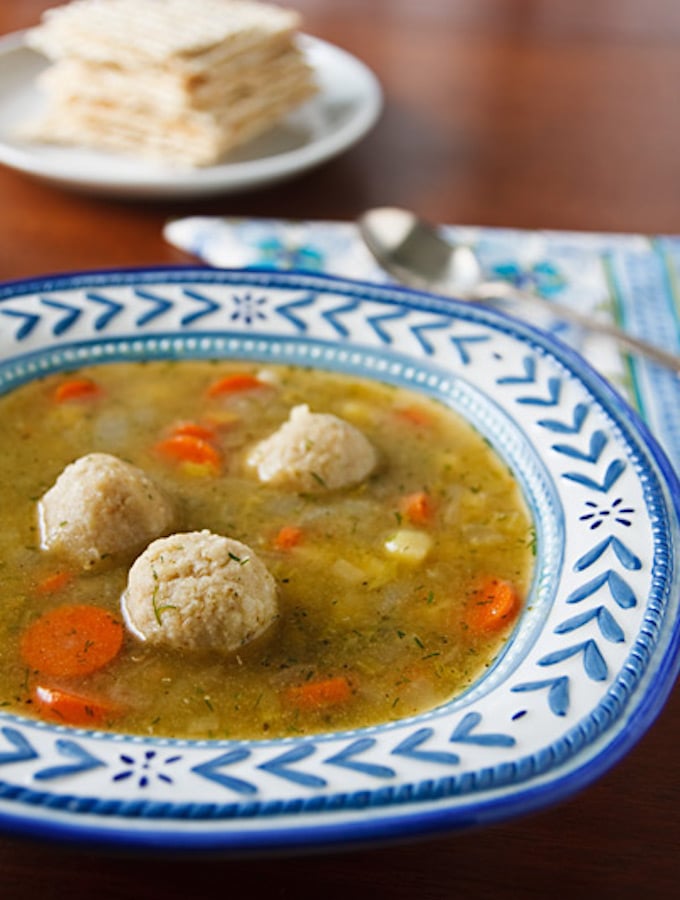 Ashkenazi Jews don’t use tofu during the Passover week. For many Ashkenazis, even nonreligious ones, tofu isn’t allowable as a Passover food, since beans and bean products (and tofu, of course, is derived from soybeans) aren’t consumed during Passover week. Sephardic traditions don’t forbid beans and many grains, on the other hand.

When I tried the tofu-based matzo balls recipes, just out of curiosity, they fell apart when cooking in broth, resulting in an unappealing slurry at the bottom of the pot.

Make ahead or when you need them: You can make these ahead of time; otherwise, you can start making the soup while they’re in the oven — head on over to the recipe for Vegan Matzo Ball Soup. And … there’s even a gluten-free option in the recipe, though in that way, there’s nothing “matzo” about them. They’re still really good, though! 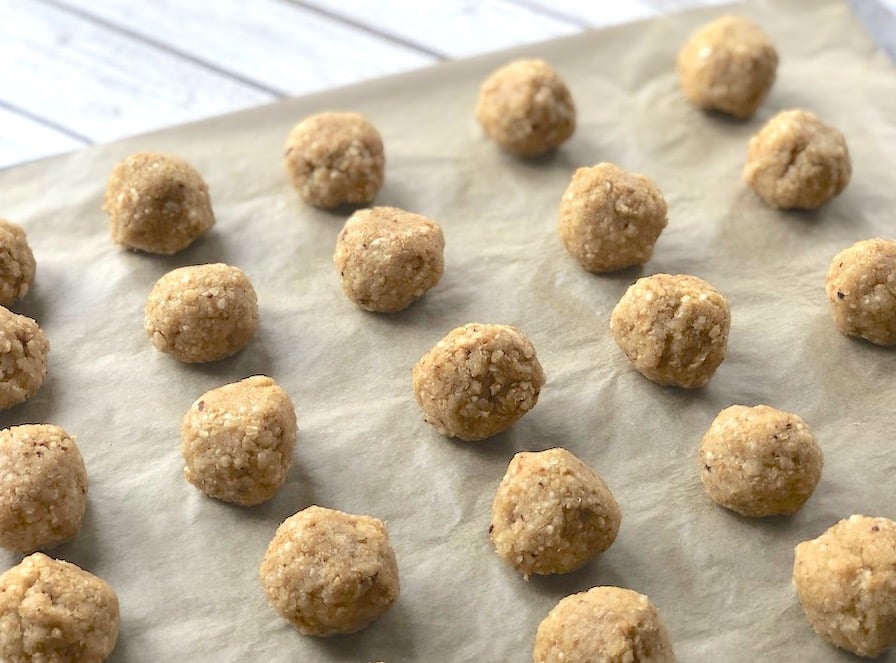 You can make these with quinoa rather than quinoa flakes, too: A few people have asked me whether these can be made with regular quinoa rather than quinoa flakes. For the GF version, it would be hard to make these without that product, but I realized that it’s not as easy to get hold of, especially at the last minute. The straight-up grain quinoa is naturally an allowable food for Passover according to the authorities! So you will find that new variation in the recipe.

Not Bubbe’s fluffy matzo balls — but still so good

Vegan matzo ball recipes on the web have evolved since my initial research, thanks to the explosion of food blogs run by curious and determined vegan cooks. Some use potato starch (fine for Passover), which seems like a good solution and one I’d like to experiment with.

But for now, I’m sticking with my quinoa-based matzo balls. And since I’m already being non-traditional, they’re baked rather than cooked — I’m still nervous about the falling apart factor. And truly, they’re so easy to make.

I’ll admit that these aren’t like your Bubbe’s big, fluffy matzo balls. But neither are they cannonballs. They’re easy to make and quite tasty, adding a huge comfort factor to any kind of broth-y soup. Photos of Matzo Ball Soup: Susan Voisin, FatFreeVegan.com.

These go very quickly and everyone usually wants more, so if you’re increasing the amount of soup to accommodate a larger crowd, or serving more than 8 people, you would do well to double this recipe!