Curried chickpea burgers are infused with great flavor and are so easy to make. Serve on buns with your favorite accompaniments, or just pop one or two on top of a green salad. 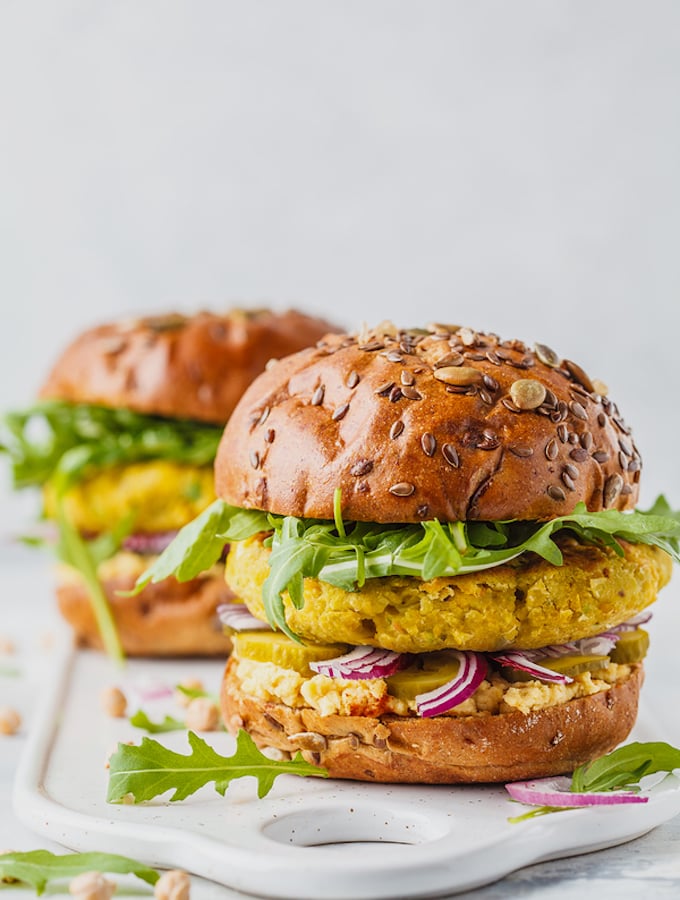 What gives these curried chickpea burgers their fantastic flavor is one of my favorite new shortcuts — Indian simmer sauce. What I try to accomplish with homemade vegan burger recipes is for the cook to be able to toss everything into the food processor without additional prep (like cooking onions, measuring tons of spices, and such).

Delectable readymade Indian sauces make this process super easy, since they’re packed with flavor Just make sure to read labels to make sure the sauce you select is vegan, as some varieties contain dairy.

One of my favorite varieties is Jalfrezi, which is tomato and coconut-based. They come in varying levels of spiciness, so take into that account as well when choosing.

Indian sauces are a relatively new fixture in the international aisle of well-stocked supermarkets and natural foods stores and they’re incredible for giving soups and stews an instant blast of flavor. I wondered if they’d do the same for burgers, and the answer is a resounding yes. 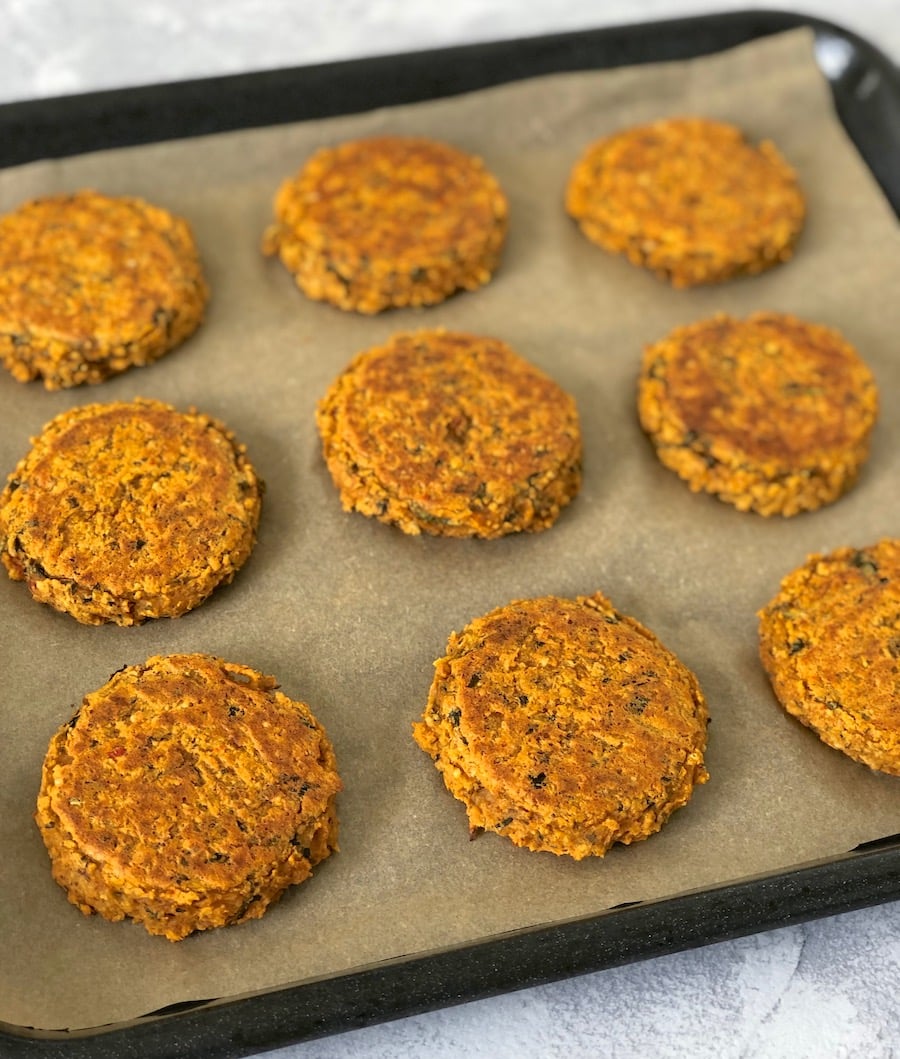 With all the great vegan burgers on the market these days, what’s the advantage of making them at home? For starters, there’s cost.

Serve on buns or English muffins: Let everyone embellish their own with the usual condiments, plus lettuce, tomato and onion. Or make a fast tartar sauce with vegan mayo, mustard, and relish.

Stuff them into a pita: For a larger portion, you can put one or two of these into a pita with the same fixings. They’re also good served atop a simple salad, and skip the bread— but I still recommend the tartar sauce, which you’ll find informal instructions for in the Notes section in the recipe box. 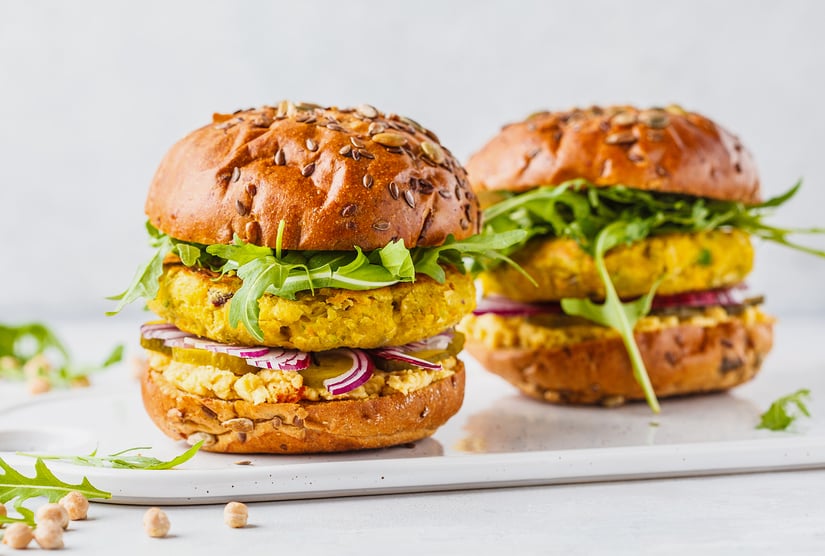 If you don’t have breadcrumbs on hand, make them in a food processor with two average size pieces of bread (it’s a great way to use up ends!). Pulse on and off to make fine crumbs. The reason this recipe calls for twice the amount of breadcrumbs as chickpea flour is because the latter is much denser.

To make a quick tartar sauce, simply combine some vegan mayo in a small bowl with a lesser amount of yellow mustard and a spoonful or two of sweet pickle relish. Stir together and enjoy!

Previous Post: « How Do Vegans Get Protein? — A Guide to Plant-Based Proteins
Next Post: Roasted Cauliflower Soup with Lemon Parsley Pesto »