Vegan cholent might seem like a stretch, but why not? With seitan or other plant-based beefy protein standing in for the real thing used in the original classic Jewish recipe, it’s a warming, hearty dish that’s easy to adapt to plant-based. 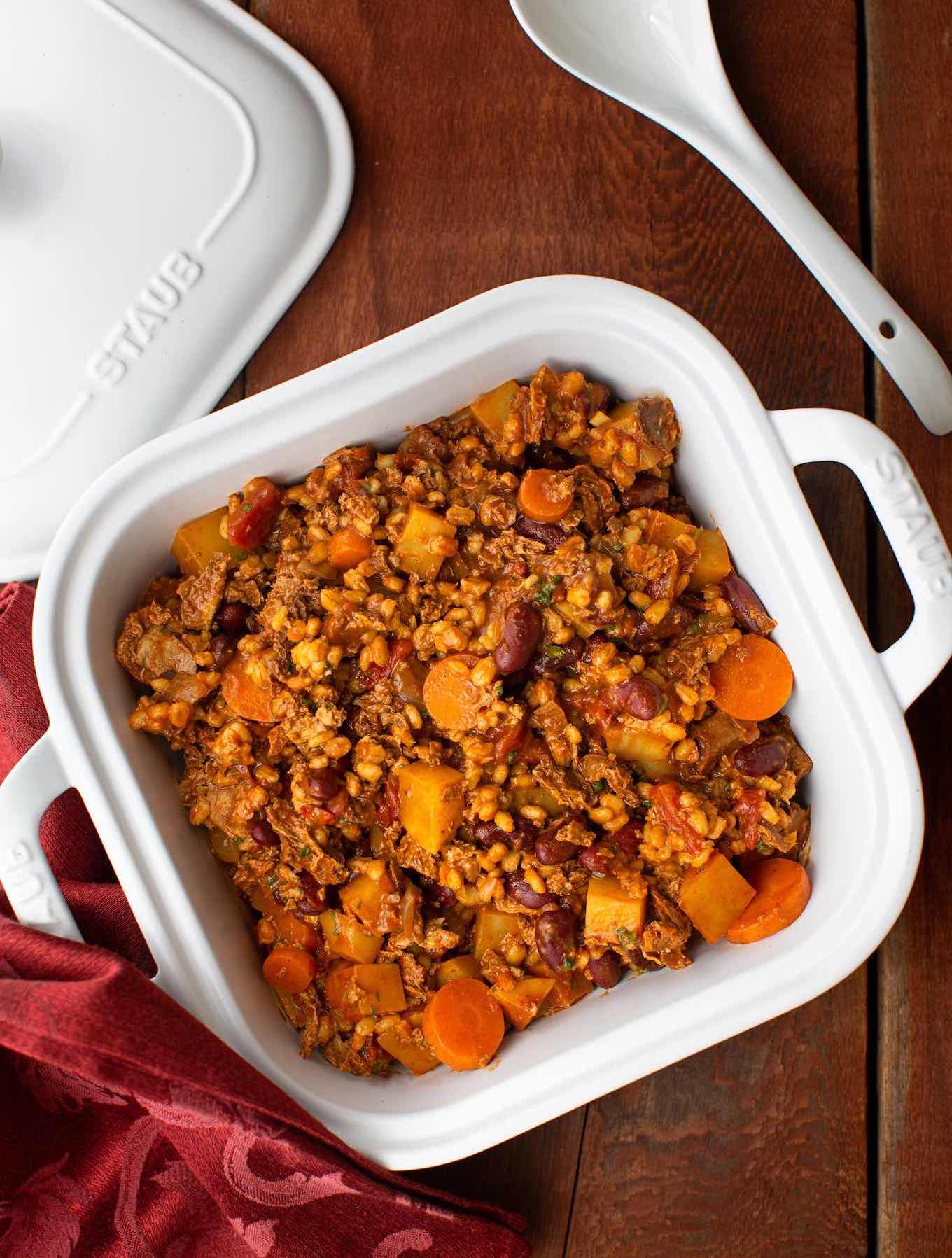 This updated version of a Jewish classic can be considered an early predecessor to slow-cooker recipes. In its original form, it’s put in the oven before the Sabbath and cooked at a very low temperature for about 12 hours so that it can be eaten for the Sabbath midday or late afternoon meal.

It’s a rare Eastern European Jewish recipe highlighting beans, and makes a hefty portion. Vegan cholent is perfect for company or holiday meals (especially Rosh Hashanah, the Jewish New Year); you can also freeze it in portions for future use.

For a smaller family, or for two, cut the recipe in half. And if you do want to try this in a slow cooker, see tips below the recipe box.

If you’d like a bit of history of the original (that is, non-vegan) cholent recipe, here you go. Interesting note — there’s a Sephardic cousin to this recipe called hamin or dafina. Adapted from Vegan Holiday Kitchen by Nava Atlas. 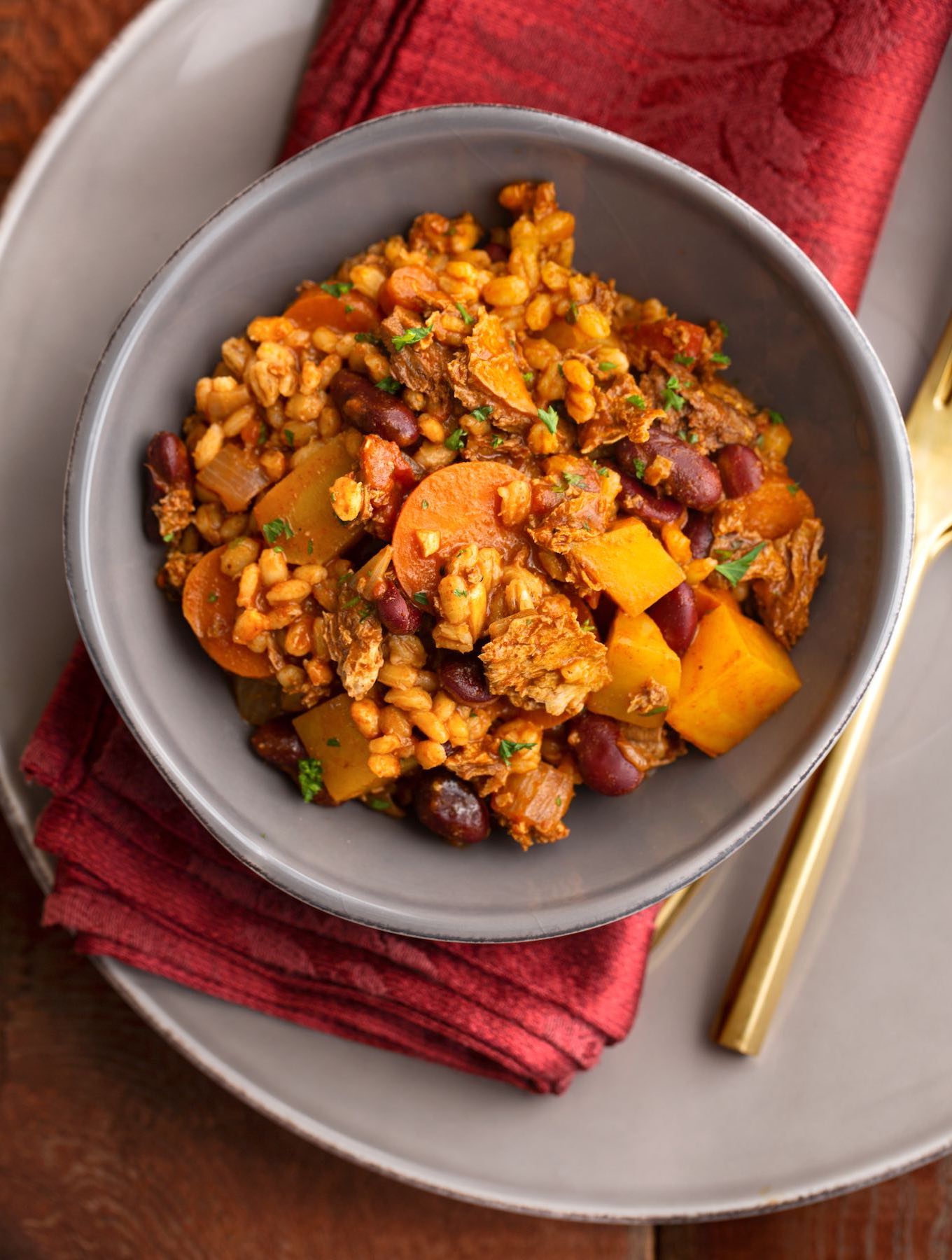 See directions for cooking in a slow cooker following this recipe box.

Tips for cooking cholent in a slow cooker

Robin Robertson, the author of Fresh From the Vegetarian Slow Cooker provided the following instructions for making cholent in a slow cooker—a modern segue for an age-old recipe:

The first step is optional but worth using an extra pan, to achieve added flavor: In a skillet, sauté the onion, garlic and seitan as directed in the second paragraph of the recipe instructions, then set aside. (Hint: some newer slow cookers allow you to go from stovetop to slow cooker, in which case the skillet is unnecessary.)

Either way, proceed by combining all the ingredients except the parsley in a 6- to 7-quart slow cooker (including about 2 1/2 cups of water—you’ll need less water than the stovetop method).

Cover and slow-cook on LOW for 6 to 8 hours or until the vegetables are tender. Gently stir about halfway through, if possible, to make sure the harder vegetables (carrots, etc.) are submerged in the cooking liquid. During the last hour of cooking, add the parsley and check the seasonings.

If a bit more moistness is needed, add 1/2 cup or so additional water If the cholent is cooked before you’re ready to eat, turn your slow cooker to the “KEEP WARM” setting.

You might enjoy this collection of Jewish recipes made vegan

See also an array of updated classic recipes in Veganize This!