With its mild flavor and pleasantly chewy texture, barley deserves more use in everyday fare. Here’s a helpful guide to barley, a versatile and useful grain, with ways to use it and links to recipes. 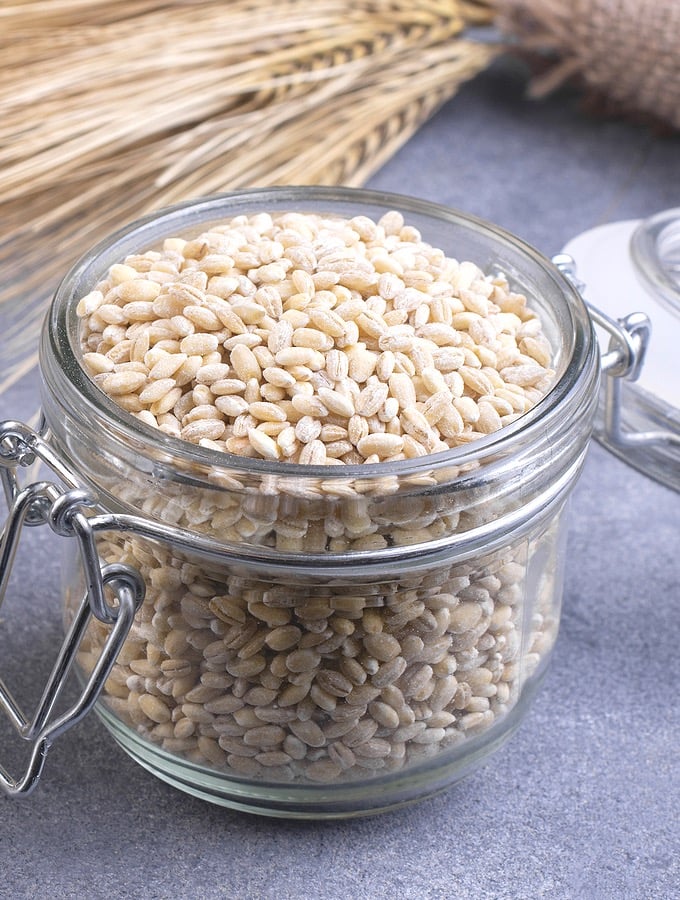 Inexpensive and widely available, barley is a grain to keep on your culinary radar. Ahead you’ll find a bit about its background, varieties, how to cook it, and ways to use it.

Barley can be just as versatile as rice and combines well with bold seasonings. With good amounts of a natural sugar called maltose, it’s the source of barley malt syrup, a thick, not-overly-sweet liquid sweetener. Here are more resources for learning more about barley:

Definitely not! Barley is 5 to 8 percent gluten, so should be avoided by those who have this concern.

The history of barley

Barley is believed to be the one of the most ancient of cultivated grains—records of its use date back to Egypt of 5000 B.C. It was a staple bread grain of the ancient Greeks and Romans and likewise predominated as a bread grain in Europe before rye and wheat replaced it.

Barley had its start as a traditional food grain among Asiatic peoples and in the Middle East. Its ability to withstand heat, cold, and drought has made it a staple crop in locales with climates as diverse as Scandinavia and Africa.

In the U.S., a large part of the barley crop is used, in malted form, as an ingredient for brewing beer, along with hops. small part, perhaps 10 percent, is used for human consumption, and the rest goes for animal feed. 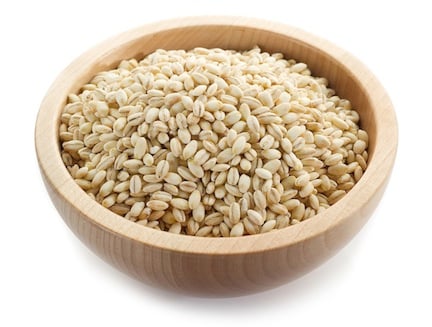 Pearl barley: The most familiar form of barley is the pearled variety. Pearling is accomplished by grinding off the tenacious hulls of the grain with the use of abrasive disks. Pearl barley goes through several pearlings, removing all of the hull, plus most of the bran and germ. Pearl barley isn’t a whole grain, then, but it still has plenty going for it.

Pot or Scotch barley: The grain goes through fewer pearlings to remove most of the hull and some of the bran, thereby leaving more of the nutrients intact. Pot barley has a deeper tan color than pale pearl barley.

Don’t assume that just because you buy it in a natural-food store, the grain you have must be the less refined pot barley; make sure it’s labeled as such if that’s what you want.

Unhulled barley: Sometimes called whole barley, this isn’t recommended other than for sprouting, since it takes a very long time to cook—and to chew. 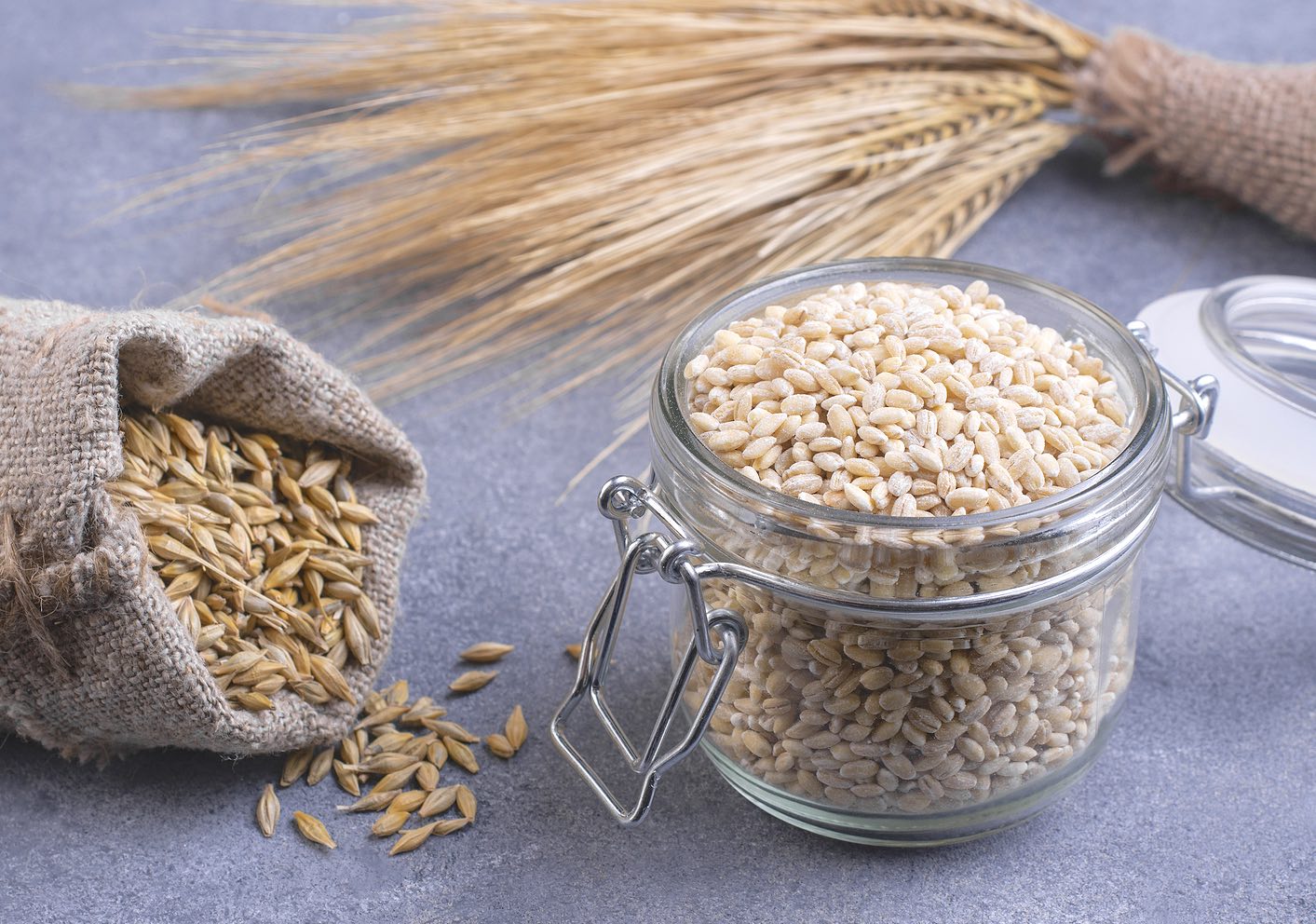 Pearl barley loses half of the vitamin and mineral content through the removal of the bran and germ. A little of the good fiber content is lost, too, though not as much as you might expect. A cup of cooked pearl barley has 3.6 grams of protein and 6 grams of fiber.

Learn lots more about the nutritional profile of barley. 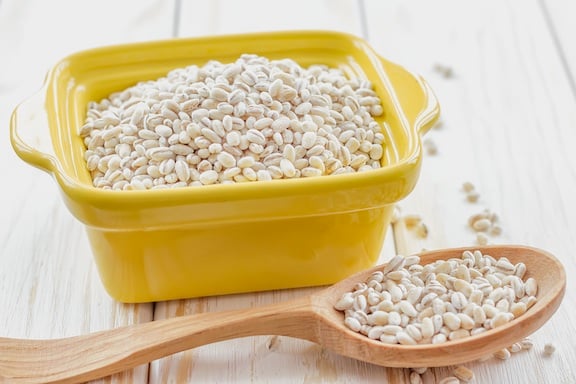 How to cook barley

Because of the pearling process, it’s not absolutely necessary to rinse barley before cooking, but it never hurts. If cooking to use on its own, do the following:

Use 2 1/2 to 3 parts water to 1 part grain for pearl barley, and 3 to 3 1/2 parts water for pot or Scotch barley, depending on how firm and chewy you like the texture.

Either way, combine the grain and water in a roomy saucepan. Bring the water to a slow boil, then lower the heat and simmer gently, covered (leave the cover ajar), until the water has been absorbed, about 40 minutes for pearl barley and 50 to 55 minutes for pot barley.

Often, uncooked barley is simply added to soups. If using that way, follow the recommended cooking time suggested in the recipe. Barley added to soup takes just a bit longer to cook than when cooked on its own, so consider barley soups to be long-simmering rather than quick.

In soups and stews, barley continues to absorb liquid, especially as it stands, so add more water as need and adjust seasonings. 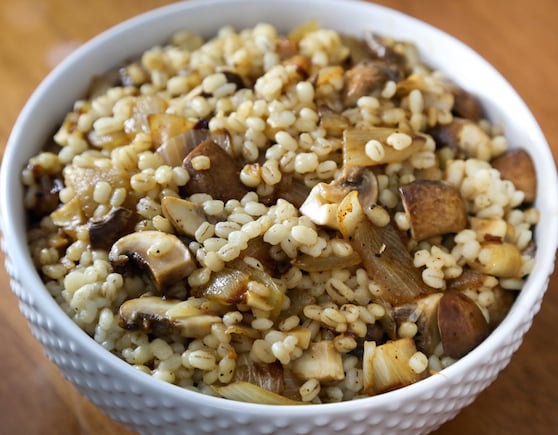 Ways to use barley

In hot soup: Barley is a classic soup grain, of course. In addition to the classic mushroom-barley combination, tomato-barley soups are excellent, as are bean and barley soups (try adzuki, white, or pinto beans).

In cold soup: Add a small amount of cooked barley to cold summer soups at the last minute. It’s particularly good in cucumber soups and potato soups that have a creamy, plant-based milk base and lots of fresh herbs.

In vegetable dishes and pilafs: Barley has an affinity with the flavors and textures of green beans, chickpeas, onions,  fresh green peas, and of course, mushrooms. Combine any or all of these with cooked barley and embellish with chopped tomatoes and/or fresh herbs. Serve warm and simply seasoned with salt and pepper as a hearty side dish. Shown above, a simple mushroom barley pilaf featuring lots of browned onions and mushrooms.

Rice substitute: Barley may be used as a substitute for rice in almost any type of recipe—in casseroles, as a bed of grains for vegetable and bean dishes, and as a stuffing for bell peppers, tomatoes, or other vegetables.

As a salad grain: Barley is excellent in marinated salads, giving them texture and heft. Use barley as a substitute for rice in any kind of rice salad.

In baked goods: A small quantity of cooked barley added to bread and muffin batters lends a pleasant, chewy texture to baked goods.

Barley grits: This is simply cracked pot barley. They’re excellent cooked as a porridge-type cereal and embellished with liquid sweetener and dried fruits and nuts. Added to soups, they cook in about half the time as whole barley.

Try them as a substitute for pearl or pot barley in casseroles. If you’re looking for a quick, fluffy grain to use as a bed for other dishes, barley grits aren’t what you want, as they cook to a thick, sticky texture. Since barley grits most often come packaged, it’s best to follow package instructions for cooking, as it may vary.

Barley flakes (rolled barley): Steamed, flattened barley is quicker cooking and can be used as a hot cereal.

Barley flour: Milled from hulled and partially pearled barley, this flour has a delicately nutty flavor and contributes to a moist, cake-like crumb. It’s low in gluten, so when rising is desired, it’s best to use it in tandem with wheat or whole-wheat pastry flour.  It can be used on its own to make pie crust, quick breads, muffins, and cakes. Note that it is NOT a gluten-free flour. 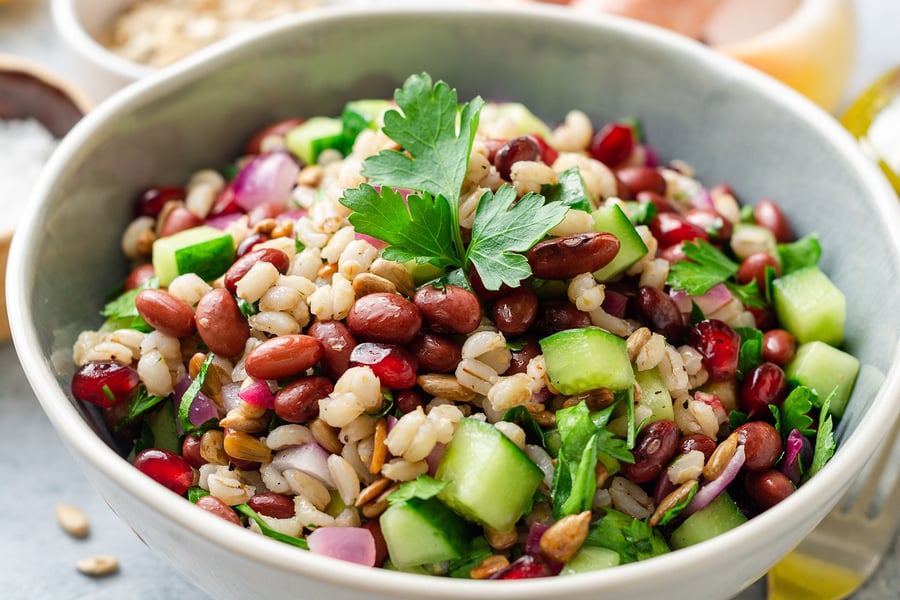 Barley Salad with Red Beans and Cucumber: This simple and flavorful barley salad is embellished with red beans, cucumber, herbs, and sunflower seeds, dressed in vinaigrette. 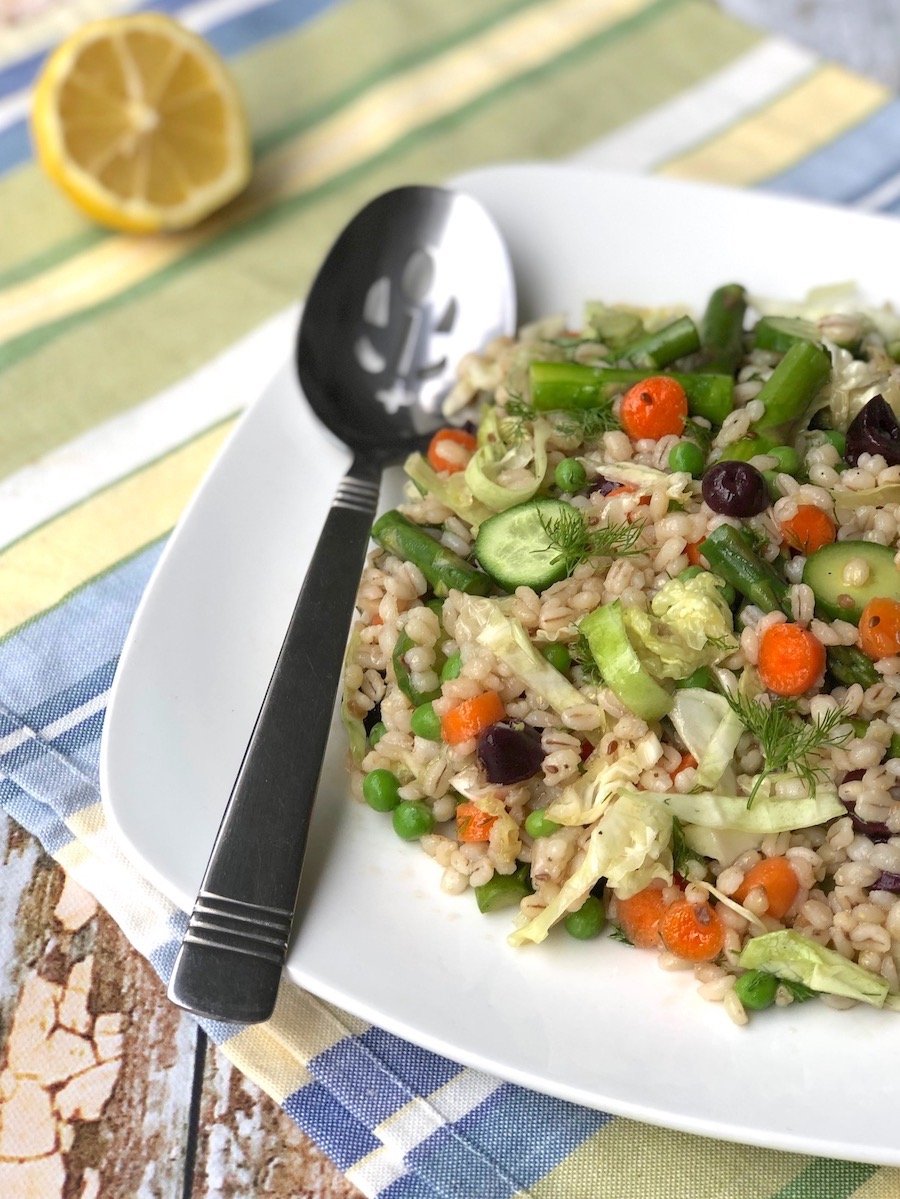 Spring Barley and Asparagus Salad: Peas, cucumbers and dill give this barley and asparagus salad a spring-y flavor, though you can make it year round if you can find good asparagus. 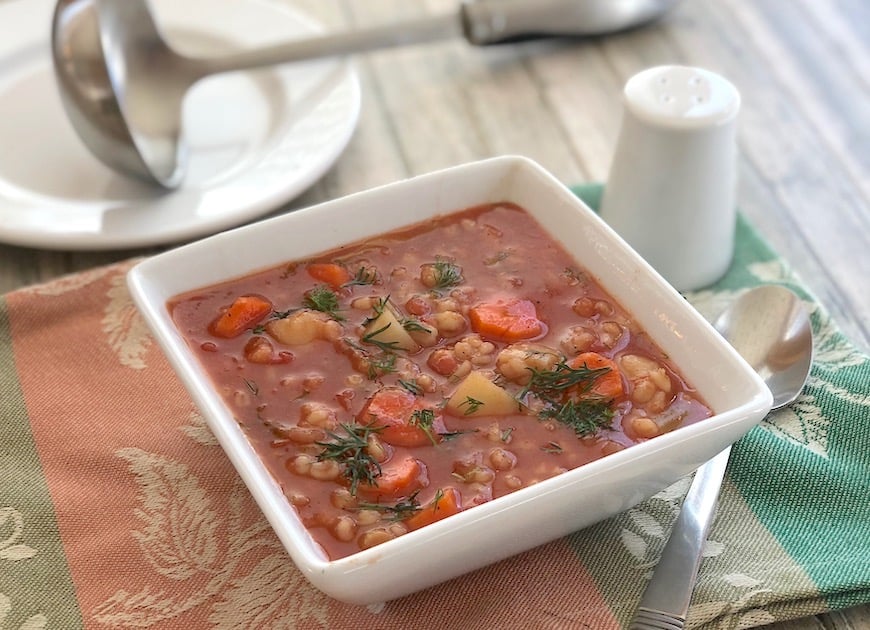 Tomato-Barley Vegetable Soup: Featuring common ingredients like potatoes, carrots, onions, and celery, this tomatoey barley vegetable soup is nothing fancy, but so comforting and satisfying. 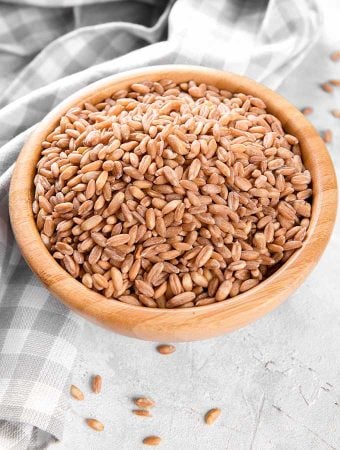 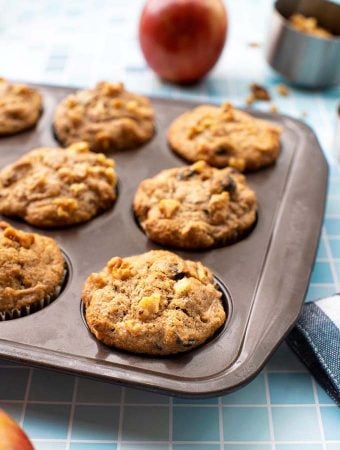 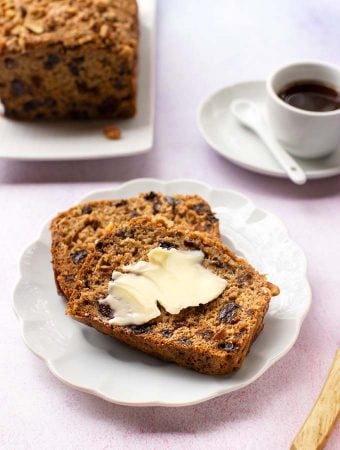 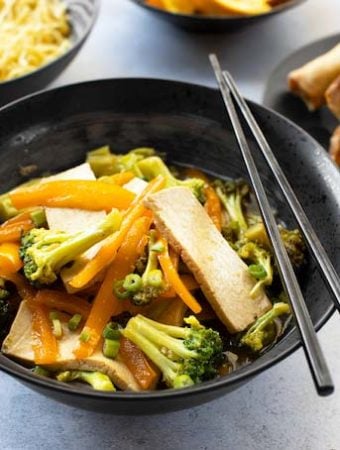 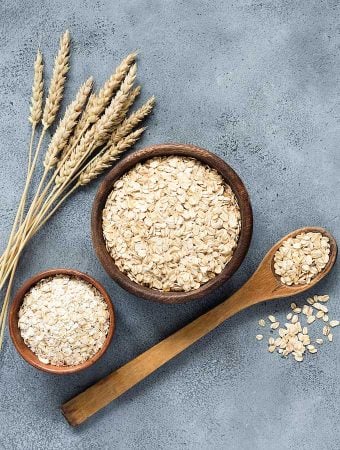 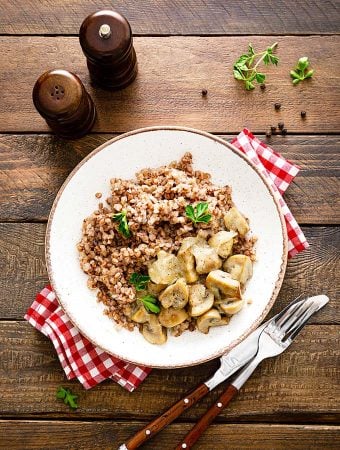