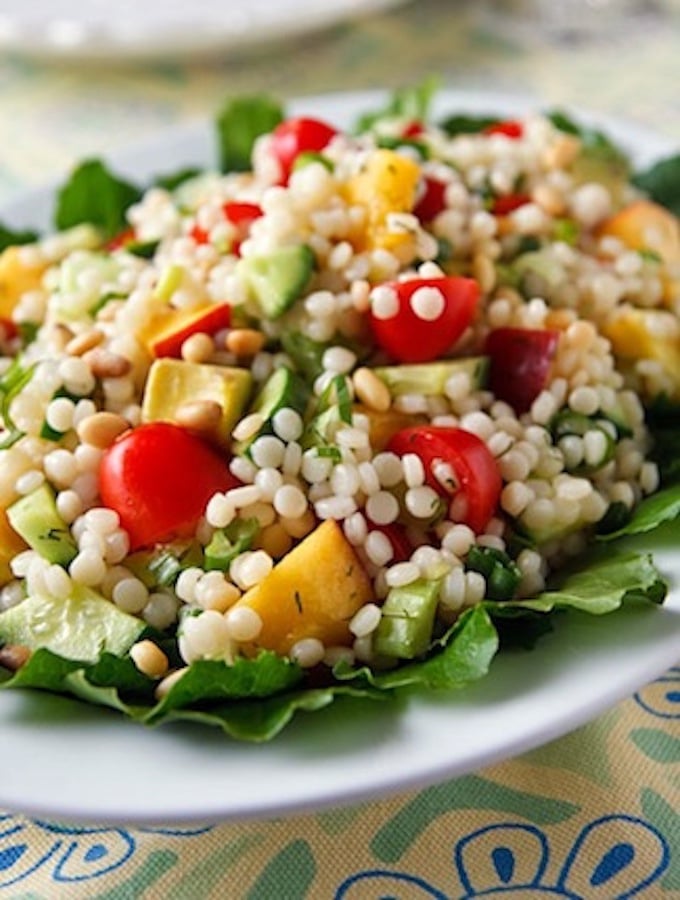 Use apricots or other stone fruit: I prefer to make this with apricots, but peaches or nectarines can be substituted. No matter which, make sure to use them at their peak of flavor and lusciousness, but not mushy.

It also makes an impressive dish to share when you’re hosting or invited to a summer potluck. Make sure to use a firm, flavorful cucumber with a minimum of seeds. Hothouse cucumber is a good choice for this if you can’t get a small, firm variety straight from the garden or farm market.

What is Israeli couscous?

Israeli couscous might look like a grain, but it’s actually a tiny pasta. It’s round and quick-cooking, with a pleasant mouth feel.

Look for it in bulk in natural foods stores, or in the Middle Eastern section of the international aisle in well stocked supermarkets. Sometimes (actually quite often) it’s labeled “pearl couscous.”

Sometimes called pearl couscous, Israeli couscous has an interesting origin story. In Hebrew, this product is transliterated as ptitim, which means “flakes.” Rice was scarce in Israel in the 1950s, so this product was developed as a substitute. 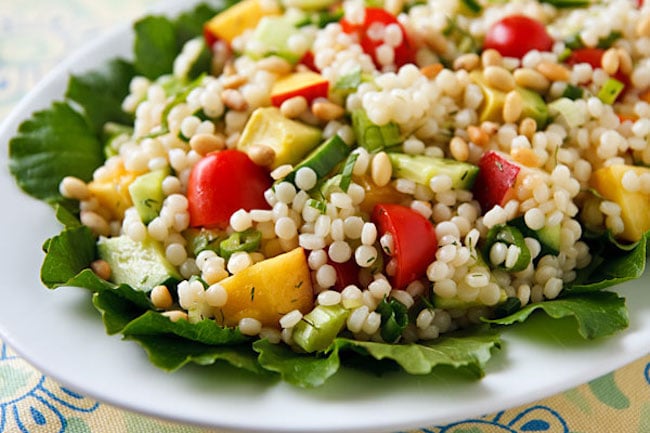 Cooking Israeli couscous: Israeli couscous is cooked like any other kind of pasta, in plenty of simmering water until al dente. Once I made the mistake of cooking it like a grain — that is, with just double the amount of water, and cooking until the water was absorbed.

The couscous wasn’t quite done so I added more water, cooked it some more, and ended up with a saucepan full of mush. So use a higher ratio of water — 3 to 1 or more, it doesn’t really need to be exact — and drain well when done, just as you would any other kind of pasta.

A gluten-free variation: If you’d like to make this salad but need a gluten-free option, use quinoa instead, which, of course, you should cook like a grain. Use 3 cups water to 1 1/2 cups quinoa, and simmer until the water is absorbed. Allow the quinoa to cool to room temperature before proceeding with the rest of the recipe. 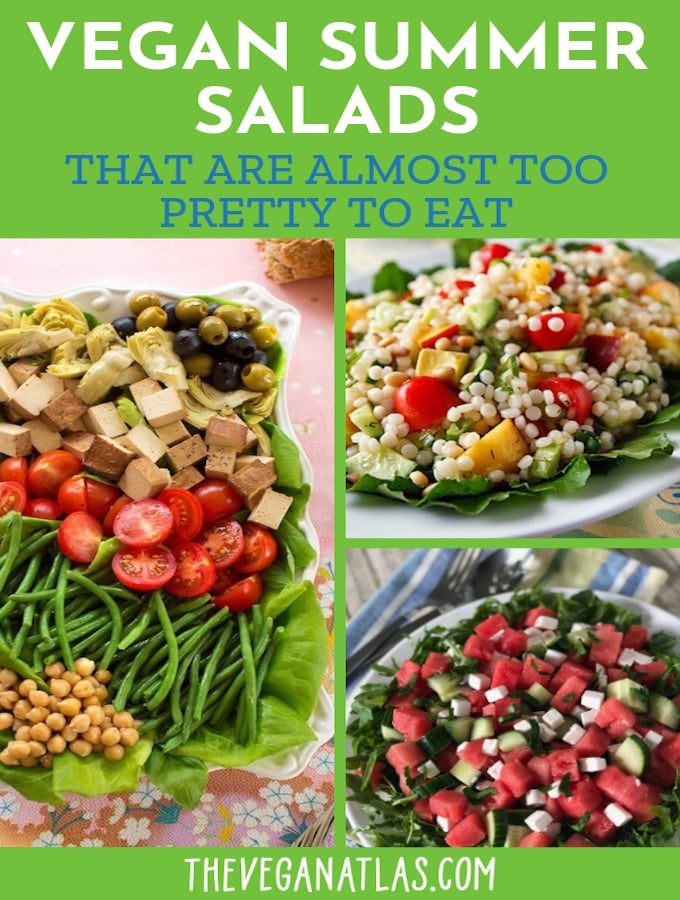 Vegan Summer Salads That Are Almost Too Pretty to Eat