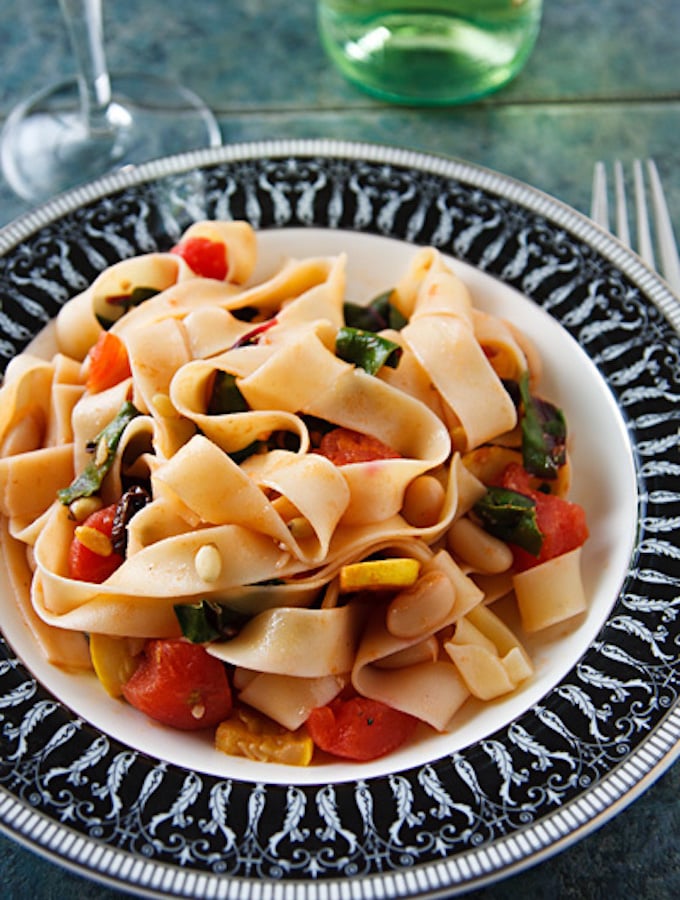 Pasta with chard and chickpeas is just one iteration — and a tasty one — of the classic Italian trio of pasta, greens and beans.

Use any kind of chard: Chard is a beloved kitchen garden vegetable in Italian cuisine. I prefer green chard, but you can use Swiss or rainbow chard if that’s what your farm market or CSA has in abundance.

A good potluck dish: This is a good, sturdy dish to take to potlucks to share. If you plan to transport it, put it in a large covered casserole dish after allowing it to cool somewhat. Before serving, borrow your host’s oven, set at 350º F. to warm the dish up for 15 to 20 minutes; or microwave on High for 5 minutes to reheat.

For this recipe, I enjoy using long pasta like pappardelle, which looks so pretty in the dish, but you can use fettuccine or a short, chunky pasta variety, like rotelle, rotini, or ziti.

This recipe for pasta with chard also contains the traditional Tuscan twist of added raisins or currants. Recipe adapted from Vegan Holiday Kitchen by Nava Atlas. Photos by Susan Voisin. 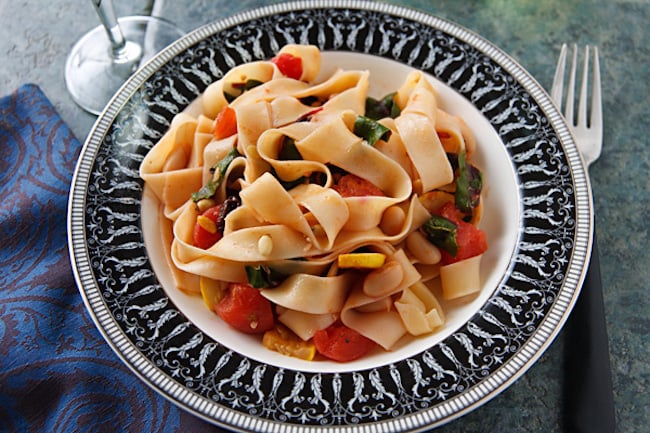 A few notes on chard

This abundant garden vegetable is related to both beets and spinach, and is often generically referred to as Swiss chard, even when it’s another kind.

There are actually quite a number of varieties of this versatile leafy green. Some common types other than Swiss are green, red, gold, and silverbeet. Rainbow chard is actually a 5-color silverbeet, which grows with a variety of stem colors. They’re packaged together to create the rainbow of colors.

Chard has only a tiny bit of bitterness, which is tempered by light cooking, and there’s an undertone of saltiness, especially in Swiss chard. It takes a bit longer to cook than spinach, but  light cooking is best.

Of all the larger leafy greens, you might find the stems the most palatable, with a flavor and texture is somewhat like a softer version of celery. Not everyone will want to use the stems, and that’s entirely up to your own preference.

Though chard stands out as the star of simple preparations, it more than holds its own with bold-flavored grain, bean, and potato dishes as well as in soups and stews, and of course, in pasta dishes like this one. 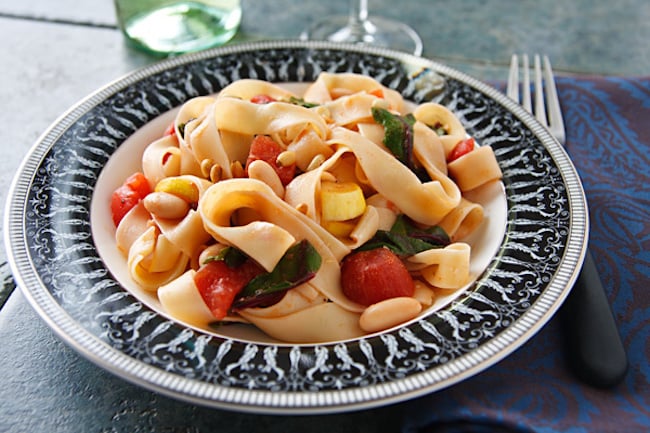 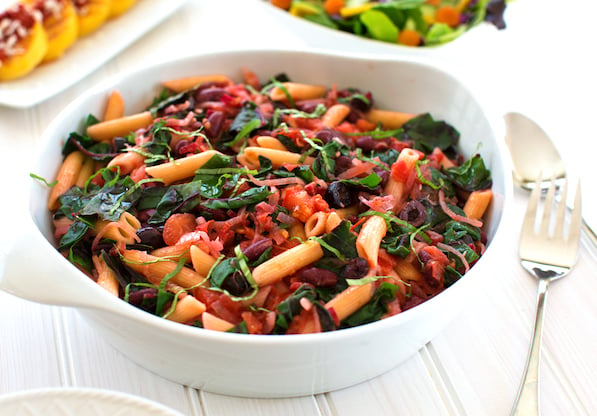 Tuscan-Style Pasta with Beans and Greens