This easy dried shiitake mushroom broth results in a richly flavor booster for Asian-style vegetable and noodle soups. In addition to being a soup starter, this Japanese-inspired vegan broth is also pleasing  to eat embellished simply, as suggested in the recipe. 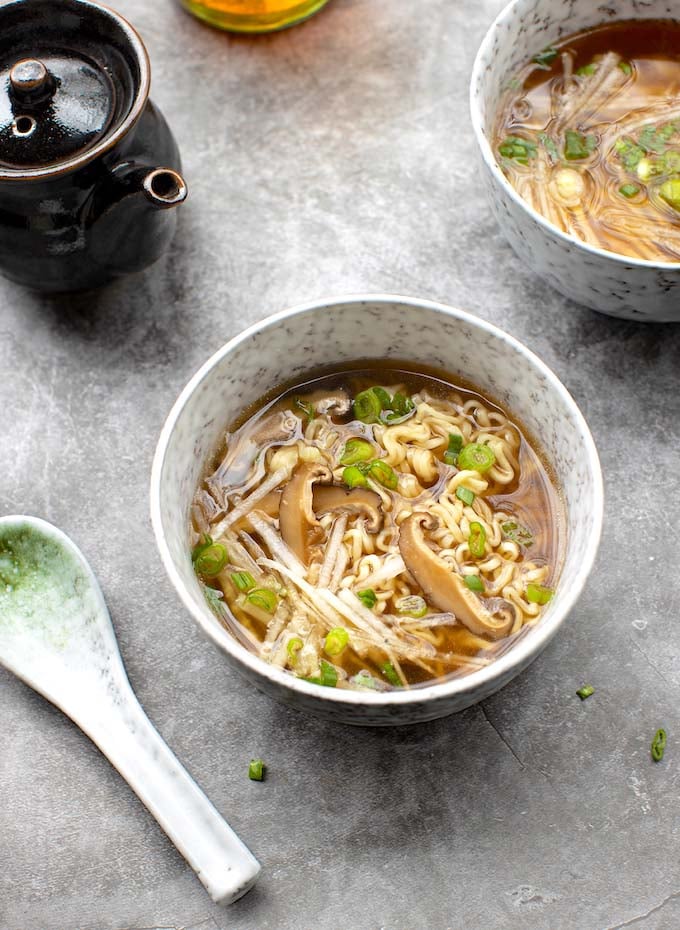 Intensely flavored shiitake mushrooms are a favorite variety in several Asian cuisines. Shiitakes are now being cultivated in the United States in addition to being imported.

For this recipe, we’ll be starting with dried shiitakes, which, when cooked, result in a more concentrated flavor than if fresh shiitakes were used for the purpose of making a flavorful broth with plenty of umami (the “fifth taste”). 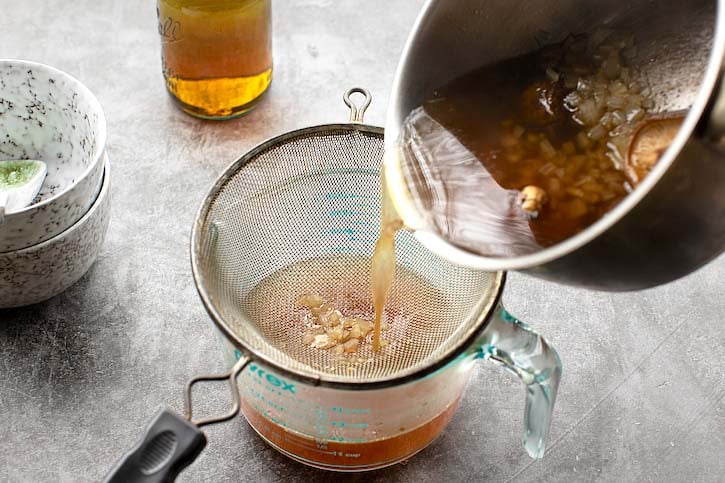 Going a step further, the better the quality of the dried shiitakes, the better your chances of achieving that much-sought quality of umami. This sites’s photographer, Hannah Kaminsky, has been a fan of Sugimoto dried shiitake mushrooms for some time, and lately, I’ve become one, too. Hannah says:

“Not all shiitake are created equal. Like their luxurious fungi brethren, truffles, imposters in the marketplace offer tempting deals, much to the detriment of quality. Small, woody, bland, and muddy, bad mushrooms are the bane of any eater’s existence … Sugimoto sells only premium, forest-grown shiitake mushrooms straight from Kyushu, Japan.” 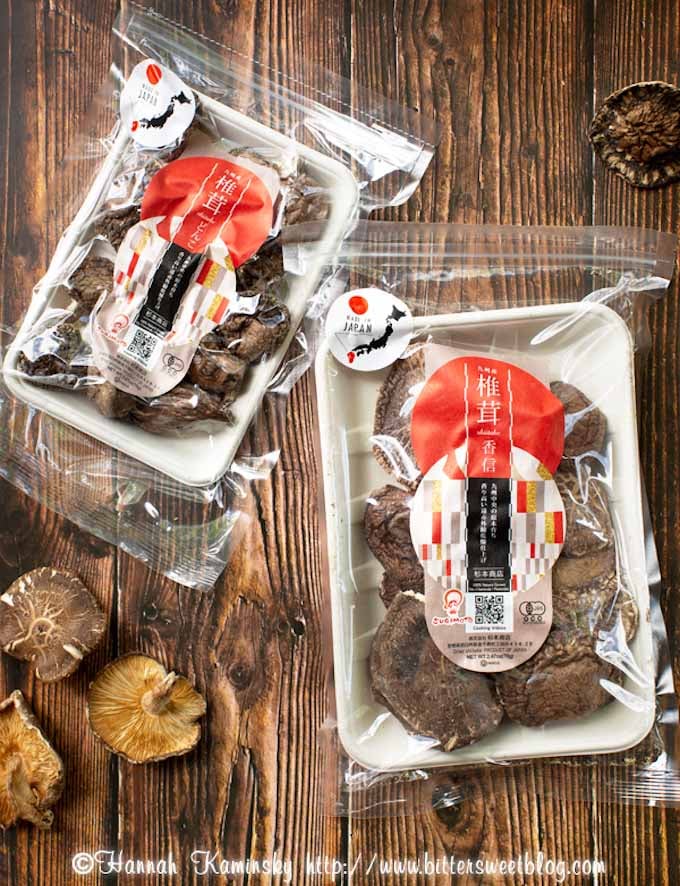 Hannah also notes that there are two categories of dried shiitake mushrooms, based on size; the smaller of them are the more delicate Koshin, while Donko are the thicker of the pair. You can learn lots more about dried shiitakes in this post on Hannah’s blog.

This homemade shiitake mushroom broth can be used as a starter for Asian-style soups or gravy. Or, you can also embellish the broth simply with any of the ingredient suggested in the recipe’s list to serve immediately. Photos by Hannah Kaminsky, BittersweetBlog.com. 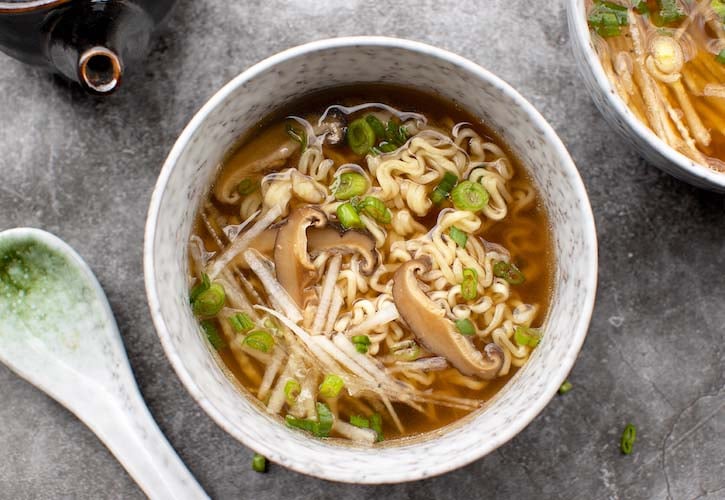 Tip: Cool the broth to store in a tightly covered container in the refrigerator for 3 to 4 days. Stored in portions, it also freezes well for several months. 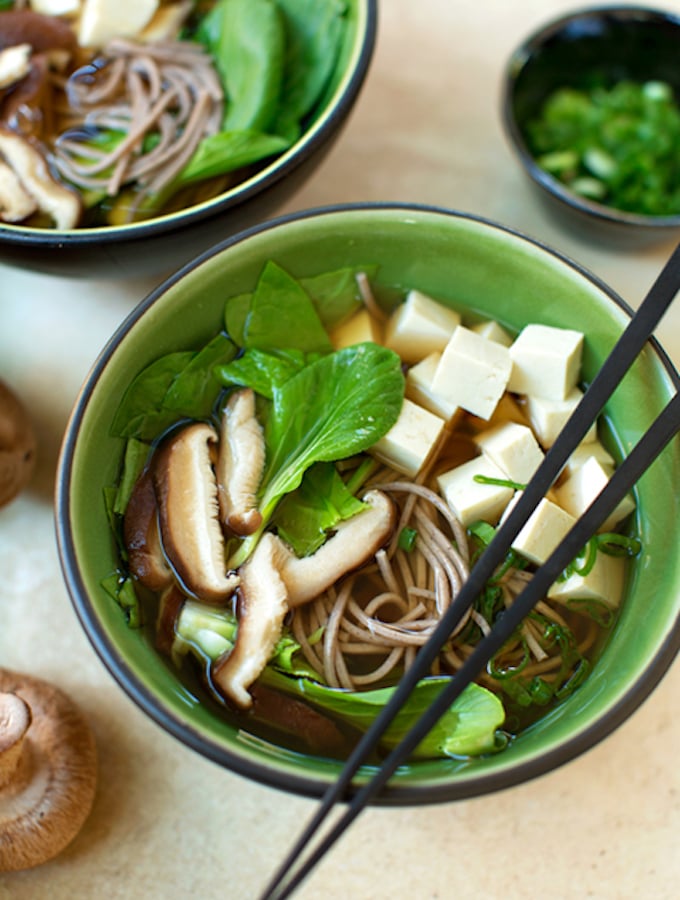