This fall-winter soup presents cold-weather vegetables in a plant-base creamy base. Vegan parsnip vegetable soup is a perfect way to warm up on a chilly day. 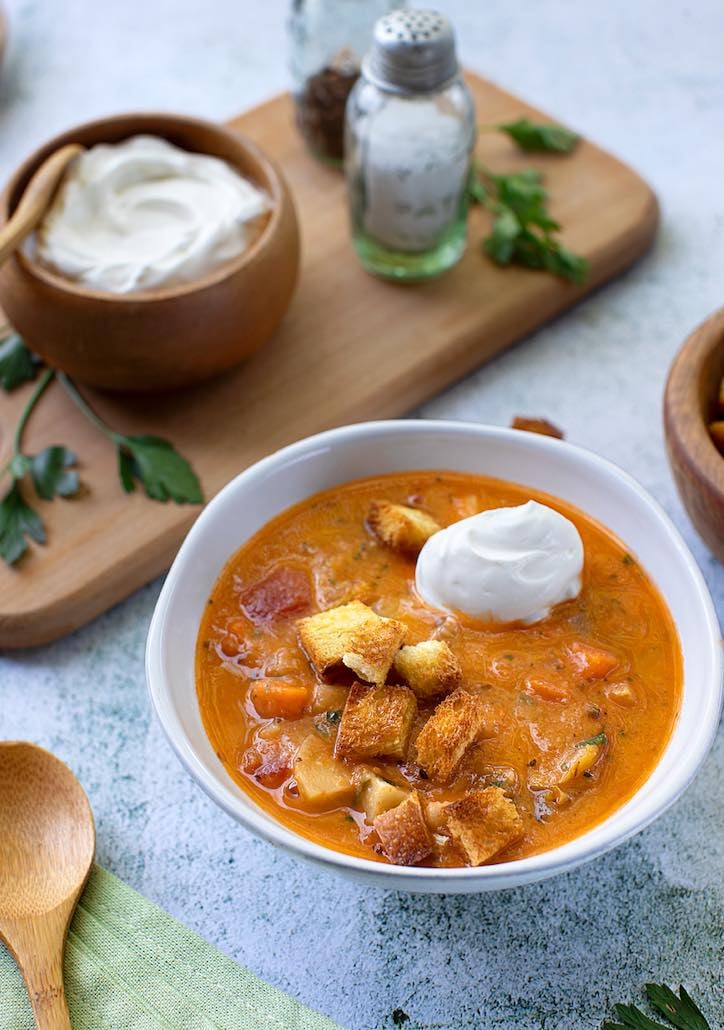 Parsnips are cold weather roots with a mildly sweet flavor. They cause little culinary excitement on their own but come to life with careful seasoning.

They’re great teamed with other roots and tubers, like in this soup, as well a roasted vegetable medleys. They’re quite economical, too! 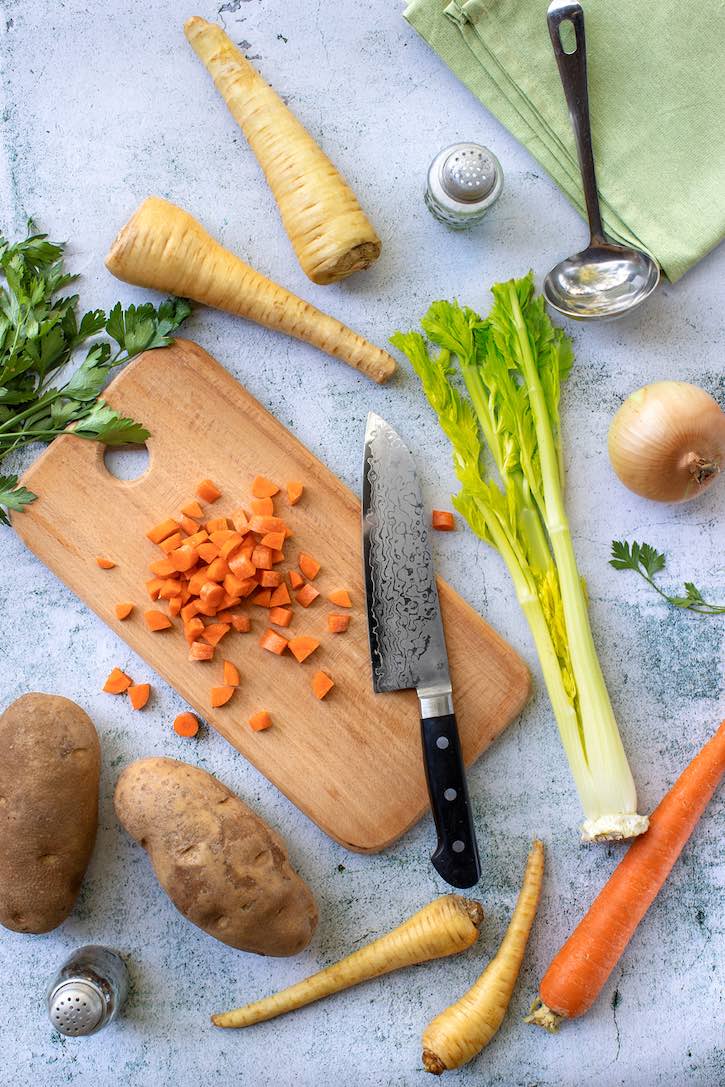 Parsnips look a bit like awkward beige carrots, and indeed, they’re related to them, and also to parsley. A good reason to buy them in season, about mid to late fall (depending on where they’re grown), is that the cool weather conditions in which they’re grown converts some of their starches to sugar — making their flavor delightfully sweet.

The most common use for parsnips may be as an addition to winter soups, but don’t forget to try them roasted — either as part of a medley or on their own. There’s no reason you can’t eat them raw (especially if finely grated) but they’re not as good that way.

Parsnips have a sweetish, distinct flavor that melds well with carrots, potatoes, and sweet potatoes in soups, stews, and roasted dishes. Here’s more than you’ll ever want to know about parsnips. 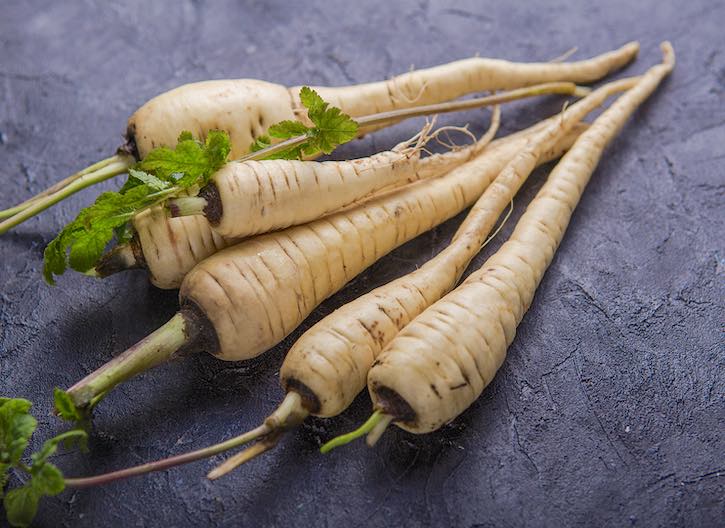 Recipe adapted from Vegan Soups and Hearty Stews for All Seasons by Nava Atlas. Photos of the soup by Hannah Kaminsky, BittersweetBlog.com. 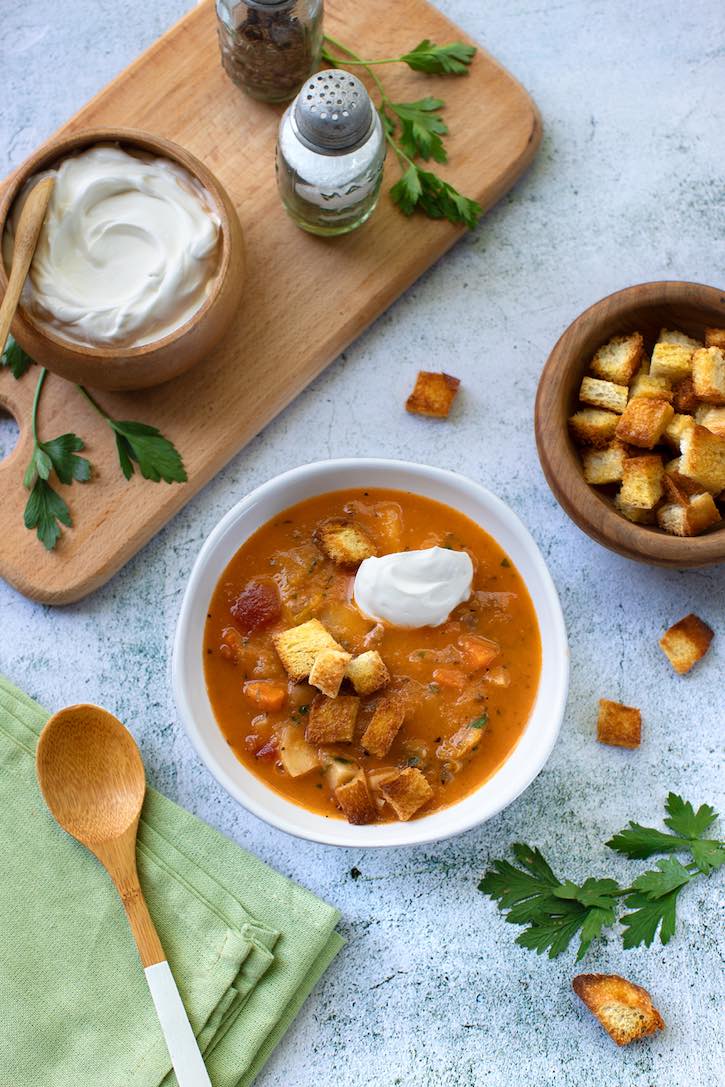 This soup thickens as it cools. Thin the consistency of any leftover soup with additional plant-based milk and adjust the seasonings. 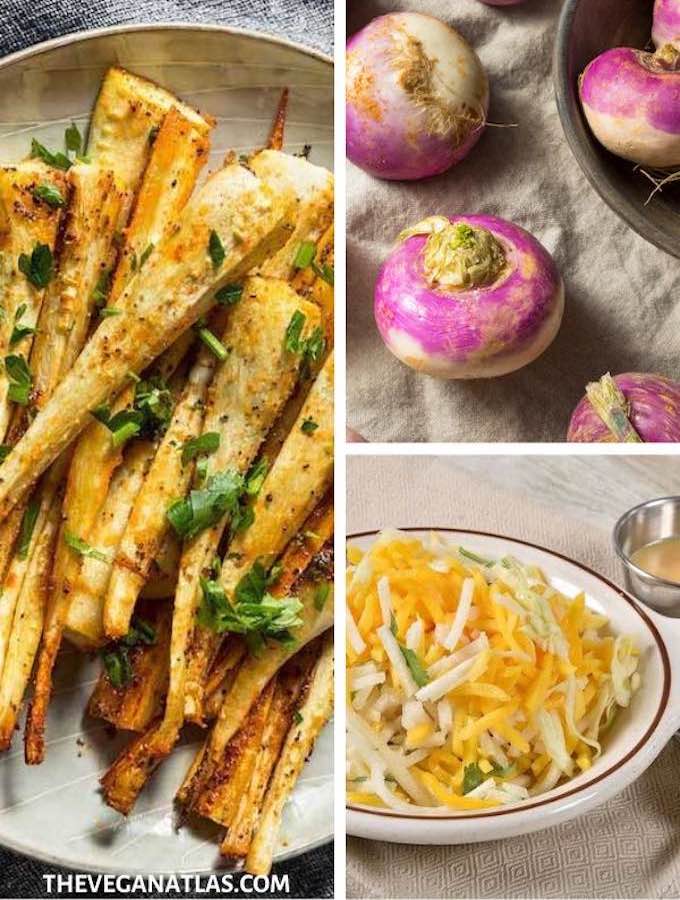 5 Common Root Vegetables to Use in Fall and Winter Dishes