Farro is an ancient wheat grain that has made a big comeback in contemporary cooking. This guide to farro offers lots of tips on how to buy and cook it, varieties, easy ideas for using, and links to recipes. Here’s everything you need to know to enjoy this versatile, flavorful grain that deserves a place as a pantry staple in your kitchen. 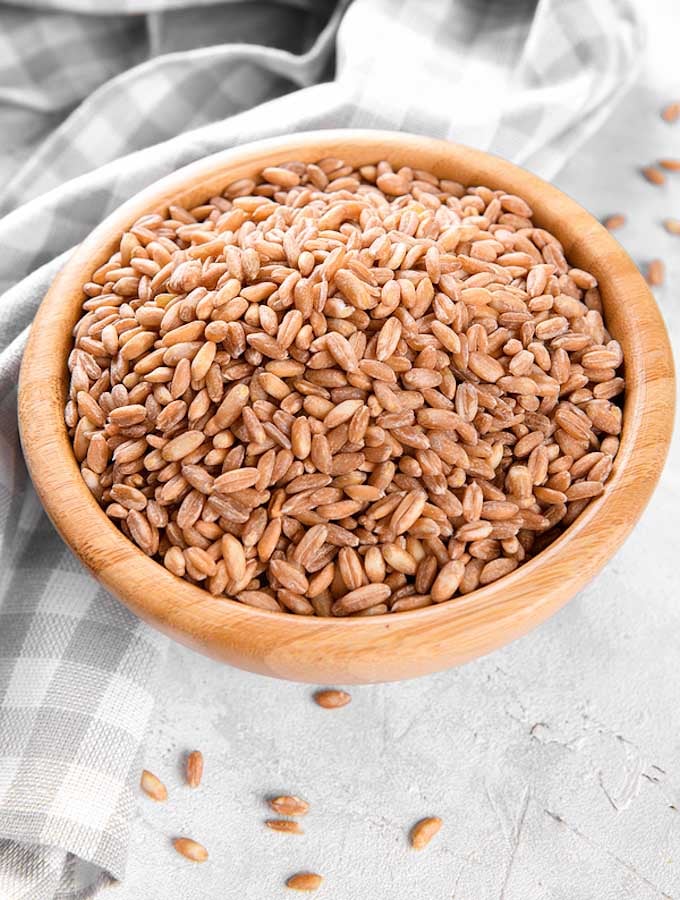 Renowned for its uniquely nutty, earthy flavor, and satisfying chewy texture, it’s no surprise that chefs and home cooks alike are falling in love with this timeless superfood.

What is Farro and Where Did It Come From?

Farro hails from the Middle East’s Fertile Crescent, which is a stretch of land encompassing modern day Turkey, Iran, Iraq, Syria, Israel, Jordan, and the northern-easternmost part of Egypt, also known as the “Cradle of Civilization.”

One of the first grains to be domesticated over 10,000 years ago and is believed to be the origin from which all modern grains are derived. So esteemed that it was found buried alongside entombed kings yet accessible enough that it was an essential food powering the ancient Roman army, farro transcended the barriers between classes and ages.

Contrary to common belief, “farro” isn’t just one grain, but three. Einkorn (farro piccolo), emmer (farro medio), and spelt (farro grande) are typically referenced as their own distinct entities but are actually just varieties of farro. Emmer is what you’ll find in most US stores sold simply as “farro.”

More importantly, farro can be processed to different grades which greatly affect cooking time, taste, and texture. Whole farro retains all the grain’s nutrients and fiber, while semi-pearled has part of the bran removed, and pearled has no bran at all. Think about brown rice versus white rice for a reasonable comparison. 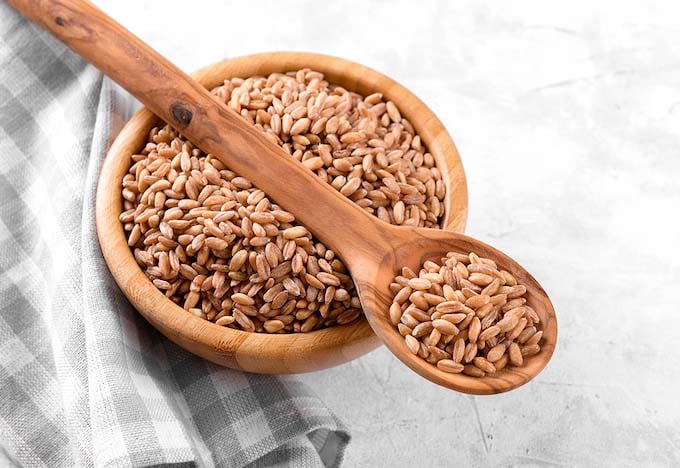 How to Buy and Store Farro

Farro can be found in most well-stocked supermarkets shelved with other dry grains and beans or in the Italian food section — today, it seems to be especially favored in Italian cuisine. Or, you can try your luck in specialty and natural foods stores.

Of course, the widest selection can be found online. The most important thing to look for when shopping is what type of farro it is, which will affect the cooking time, as described below.

Expect to pay anywhere from $4 to $12 per pound depending on the location, packaging, and brand. Be wary of farro sold in bulk bins as it usually isn’t labeled properly for what variety it is, or worse, sits around for so long that it becomes dusty or rancid.

Because farro is a whole grain, it has all the bran and germ intact. That means it still has natural oils, which are liable to go bad if kept for too long. It’s shelf stable in an airtight container stored in a dark, relatively cool place for at least a year, if not two. 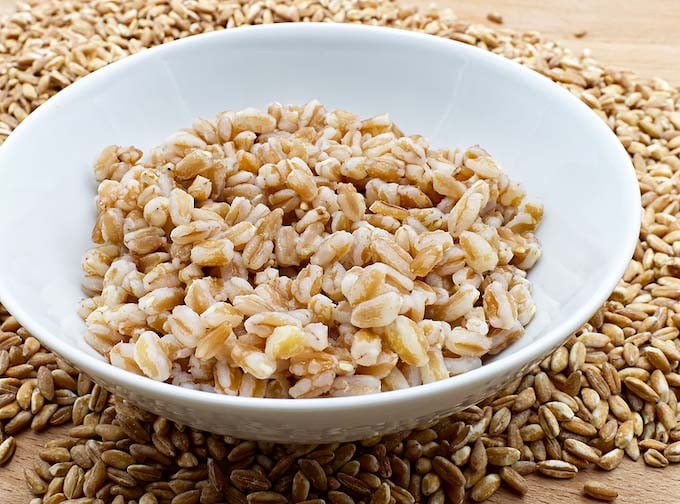 How to Cook Farro

Your best bet for cooking farro is to go by the instructions on the label. This is because the variety of farro isn’t always clearly stated, and the three different types all need different amounts of time to become tender.

Toast first if you’d like: Though this is an optional step, toasting sturdy grains like farro brings out their nutty flavors and aromas. There are two ways to do this:

Cook in lots of water: The more traditional way to cook grains is in just enough water or broth to absorb in the time needed to cook thoroughly; these days, common wisdom instructs using more water, similar as to how you’d cook pasta.

This technique prevents long-cooking grains like farro (or similarly, barley, etc.) from becoming gummy and sticking to the bottom of the pan. That’s what we recommend here — as a rule of thumb, about a 4 to 1 ratio of water to grain; and once the grain is tender, excess water is drained. 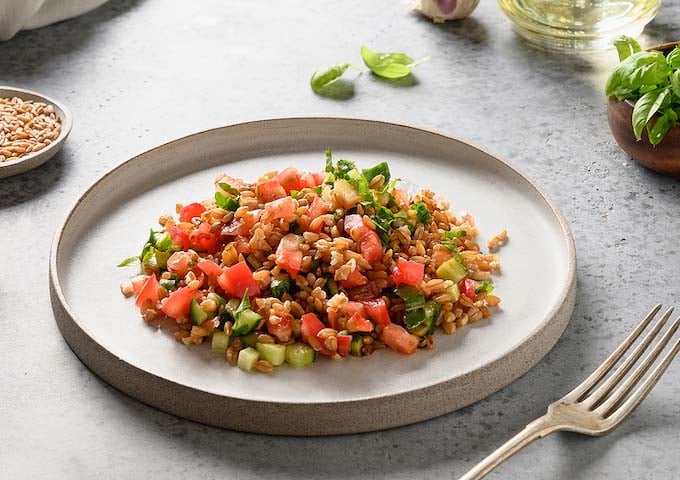 This ancient grain is nutrient-dense and has many benefits essential for well-being. Notably, it’s higher in fiber than other popular whole grains including brown rice or quinoa. Because farro is high in antioxidants.

Bear in mind that farro is a type of wheat, which means that it is NOT gluten-free. See a more in-depth analysis of the nutrient profile for farro here. 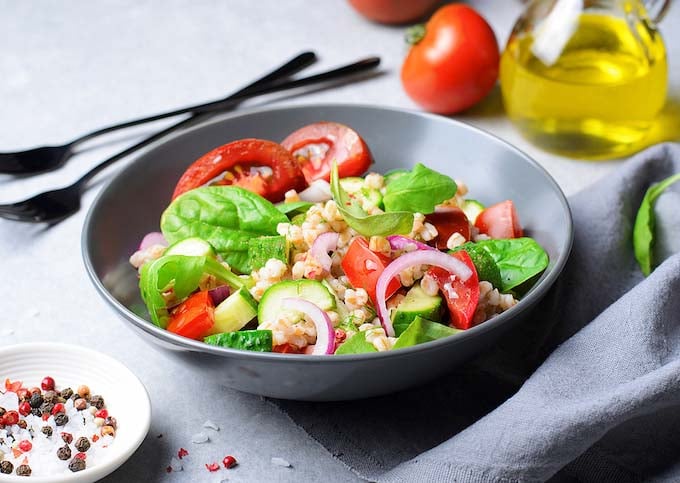 Pasta replacement: Whether it’s a chilled pasta salad or a hot pasta dish smothered in red sauce, these little grains can do the job! Make sure the farro is fully cooked before proceeding with the recipe. 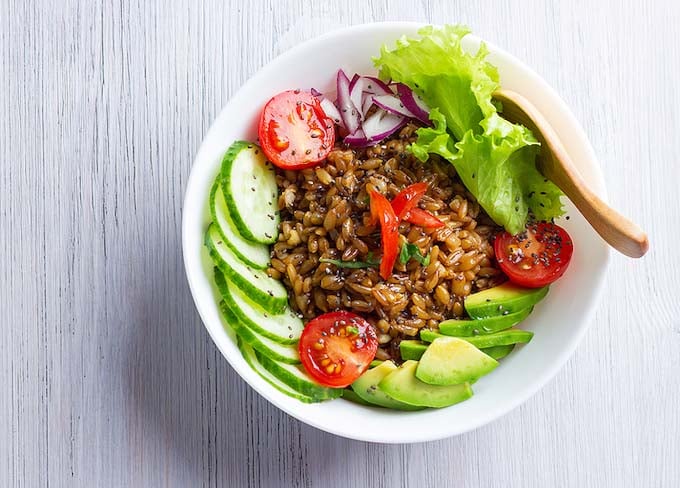 Salads, with or without greens: It doesn’t need to be leafy to be a wonderful grab-and-go salad. Grain salads are even better for traveling or preparing in advance, since they’re sturdy and keep at room temperature.

You can also add a small amount of cooked farro to standard lettuce and tomato salad to add heft, or swap in farro for bulgur or quinoa to make an extra-hearty tabbouli.

In the winter, when cold salads are less appealing, farro makes an excellent warm grain salad, tossed with your favorite dressing and hardy fresh vegetables, herbs, nut, and even fruits like apple and pear.

Mediterranean Farro Salad and Fall Farro Salad with Apples and Pecans are just two examples of the endless ways to make farro salads. 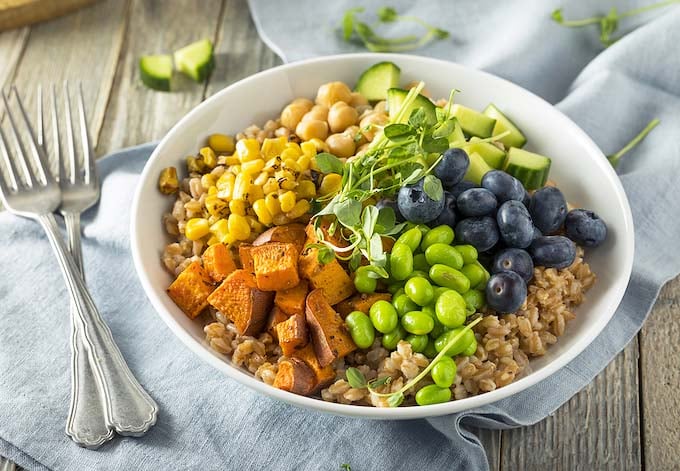 Buddha bowls: Swap in cooked farro for the more usual quinoa or rice in composed Buddha bowls. See some great ideas in Beautiful Buddha Bowls You Can Make Without a Recipe.

Hot breakfast cereal: For a change of pace from oatmeal, try an even heartier grain to start the morning on the right foot! For easier preparation when you’re on the run, pre-cook the farro as directed according to variety. In the morning, reheat with enough plant-base milk to make it creamy. Add sweetener (such as maple syrup, agave, or barley malt) if desired. Top with cinnamon, fresh fruits, nuts, and/or seeds. Here’s one: Warm Breakfast Farro Bowl with Cinnamon Apples.

Hearty soups and stews: Add farro to your favorite soup or stew for a hearty carb that will keep its shape and won’t absorb all the liquid like noodles or rice do. It’s especially good as a replacement for barley in soups and stews. Vegan Farro and Bean Soup and Spicy Vegan Farro Chili showcase how soup and stew-worthy this grain can be. 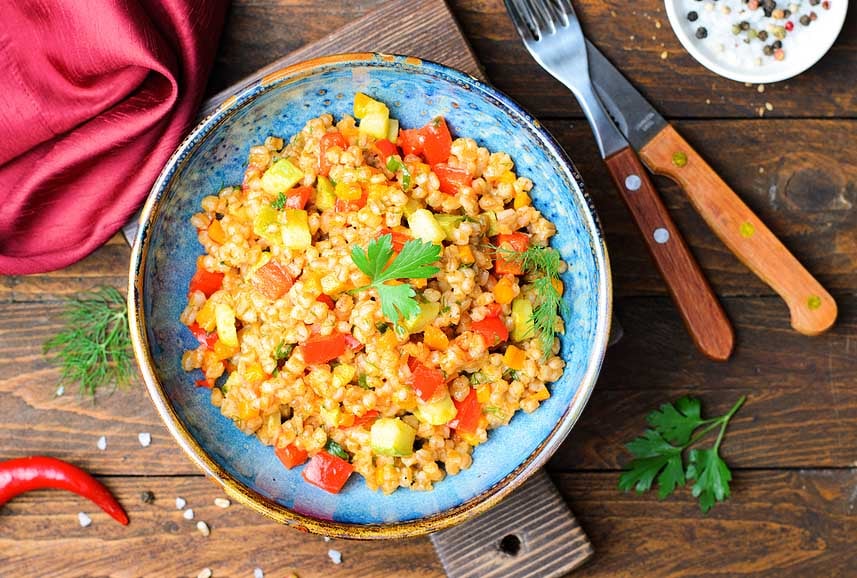 Vegetable stuffings and pilafs: Think of your favorite wild rice stuffing and just swap in farro for the starring grain. You can serve this either as a side dish by itself, or use to fill fresh vegetables like peppers, acorn or butternut squash, or even cabbage rolls. Farro is a fantastic pilaf grain, an easy swap-in for recipes calling for brown rice, quinoa, barley, etc. Try this vegan Cheesy Vegan Farro with Tomatoes and Kale. 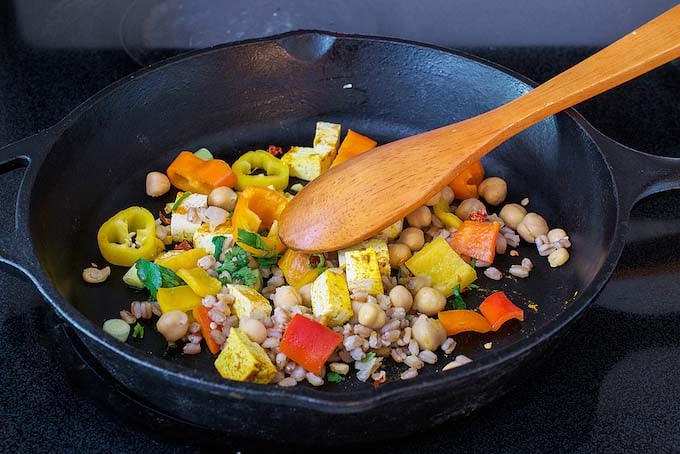 Vegetable sautés and stir-fries: Add a cup or two of cooked farro to most any kind of vegetable-rich sauté or stir-fry for added texture, flavor, and protein.

Risotto: Swap out the highly processed white rice for this nutty superfood! Select the quick cooking pearled variety for this purpose and follow your favorite risotto recipe for the stovetop or oven. Here’s a good one to try: Instant Pot Vegan Farro Risotto with Saucy Cherry Tomatoes. No Instant Pot? No problem; here’s a risotto-like Creamy Vegan Farro & Tomatoes.