Get your kids to eat two — or even three — vegetables at once with these easy and fun vegan potato volcanoes! I see nothing wrong with making food more amusing, especially if doing so inspires kids to eat it. Potato volcanoes became a fixture on their repertoire, and it accomplished the feat of getting my kids to eat multiple vegetables in one dish. Hopefully you’ll be lucky as well. 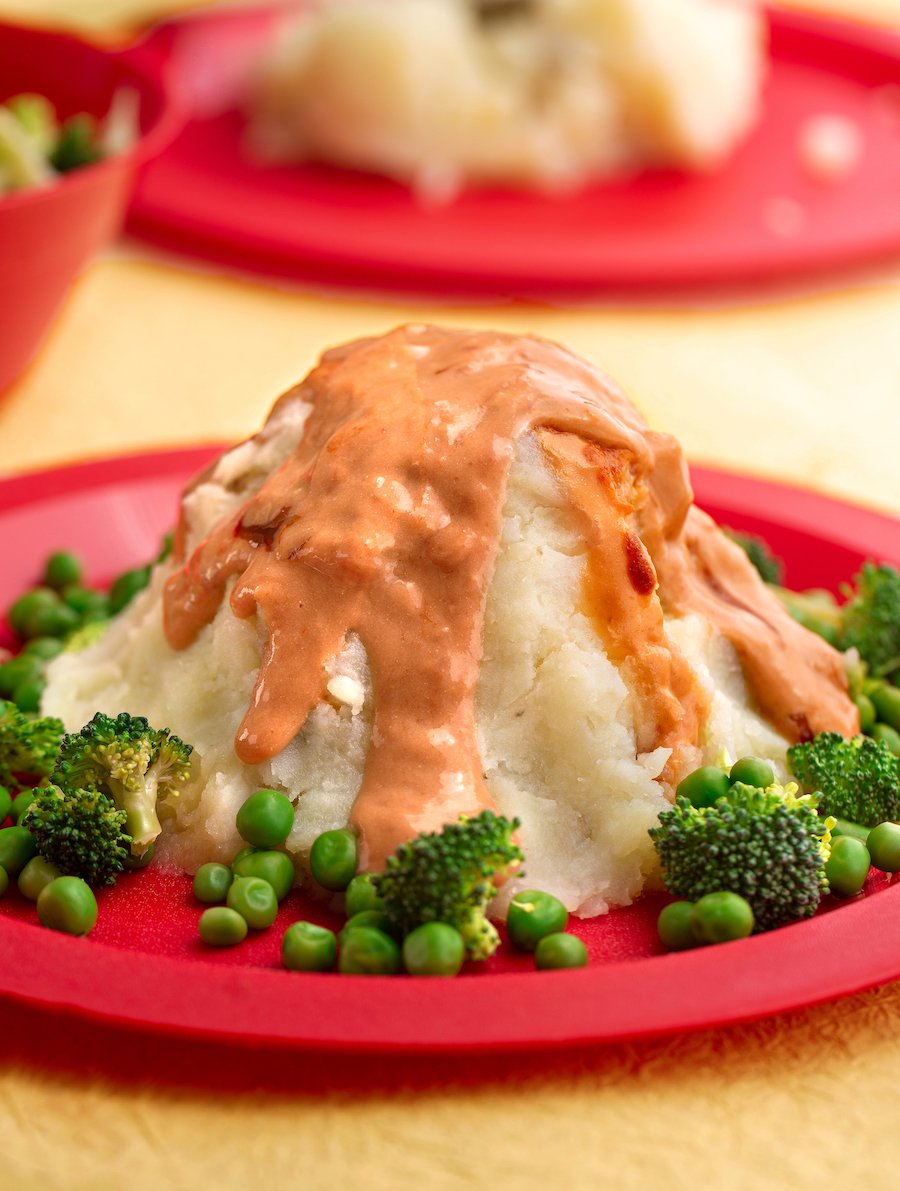 When my kids were young, they never wanted mashed potatoes until we read The Trouble With Grownups, an entry in the Berenstain Bears children’s book series. In one scene, the cubs are bored with the same old dinner. The Mama and Papa bears scold the cubs for building volcanoes with their mashed potatoes.

Immediately charmed, my kids wanted mashed potatoes so they could rebel against the grumpy fictional bear parents. We even concocted a “hot lava” sauce for the mashed potato volcanoes.

Little did I know at the time that “potato volcanoes” are really a thing, and are made in a number of different ways. This one just happens to be just about the most kid-friendly you’ll find. This recipe makes 4 kid-size servings. Adults will enjoy this too, when you need a serving of some comfort food! 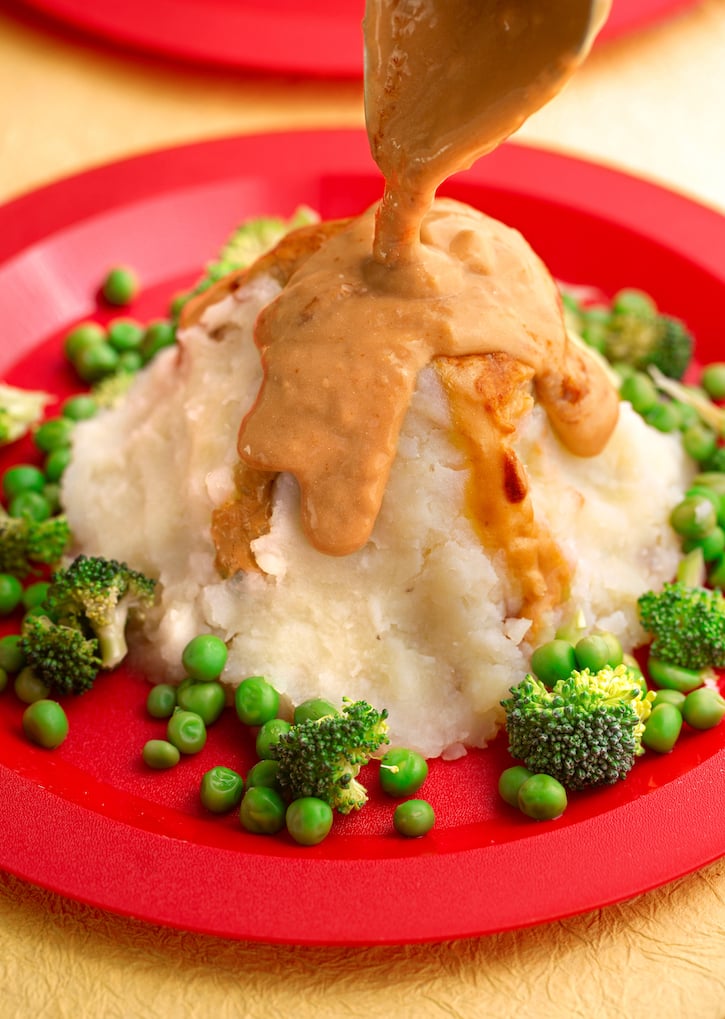 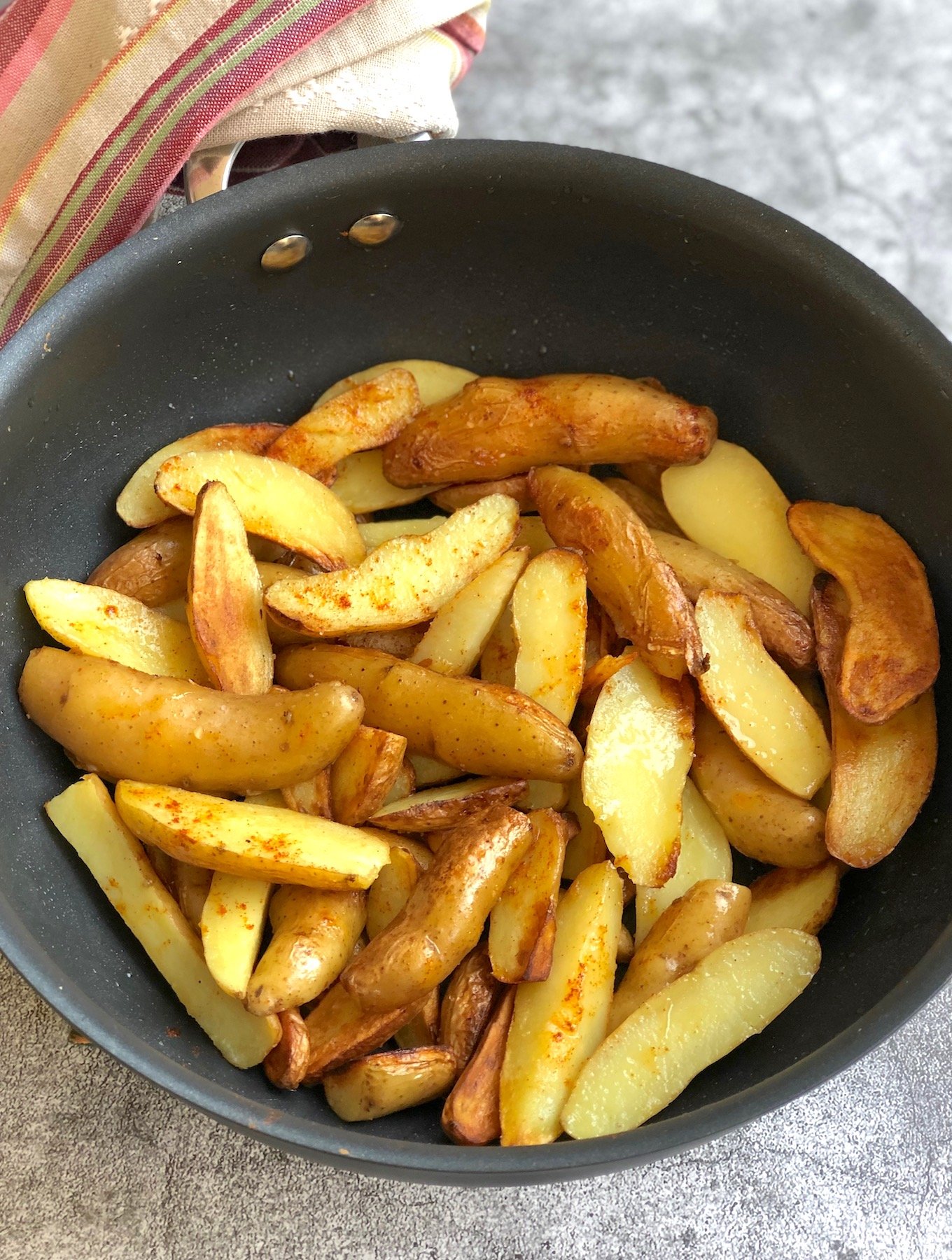 Previous Post: « Vegan Chewy and Soft Granola Bars
Next Post: How to use watermelon radish — tasty and colorful ideas »