What a time to be a vegan! The last few years have been a great time for vegans all over the world, some reasons being the opening of multiple vegan-friendly restaurants and the creation of vegan-friendly options in popular restaurants, such as TGI Friday’s and Chipotle. We can all thank the explosive growth of plant-based meat alternatives for this exciting turning point. 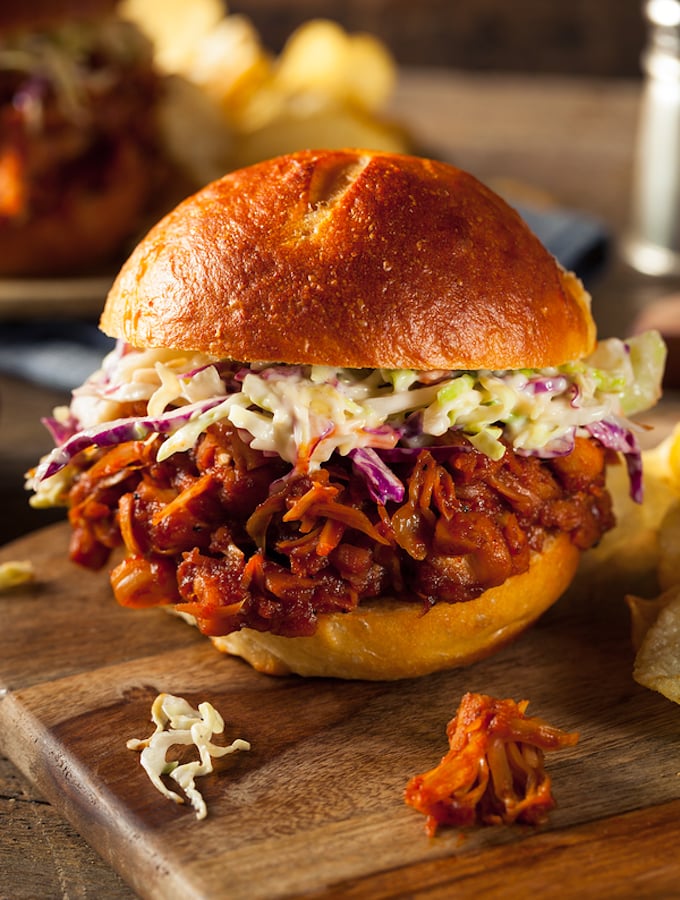 According Forbes, the sale of plant-based meats increased over 23% in 2018 exceeding $3.7 billion. This number is predicted to grow as Caroline Bushnell, The Good Food Institute’s Senior Marketing Manager, says “It’s only the beginning.”

Reaching beyond vegetarians and vegans: Contrary to popular belief, Bushnell says that companies are beginning to realize that “the market for plant-based meat isn’t just vegans or vegetarians, it’s meat eaters.” With a constantly growing market, plant-based and cultured meat companies are working to get tastes and textures spot on to satisfy meat lover’s cravings.

Consumer forward: This year, according to Mike Lee, Co-CEO of Alpha Food Labs, the main focus will be to make these products more accessible to consumers.

This means selling them in local grocery stores and placing plant-based and cultured meats in fridges next to other meats rather than on the shelves. Meats product brands like Beyond Meat and Gardein can be found in your local grocery store in the fridge aisle. 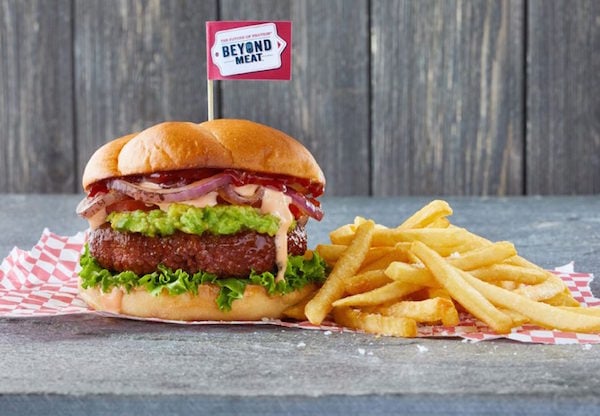 The Beyond Burger by Beyond Meat has grown in popularity tremendously over the past year. In addition to being sold in numerous grocery stores, restaurants such as Burgerfi and Bareburger, now include it on their menus for vegan-friendly entrees.

It may be plant-based, but the Beyond Burger is definitely not lacking in tastiness and juiciness of a traditional beef burger.

According to Claudia Gallo, senior technician and food tester at Consumer Reports, “The Beyond Burger patty is thick, like a real burger, and has a fatty mouthfeel—that’s from coconut oil.”

The burger even gives off the mouth-watering aroma of a beef burger and “bleeds” due to beet juice used to give the patty that red-meat appearance. To take a look at more vegan meat products by Beyond Meat here. 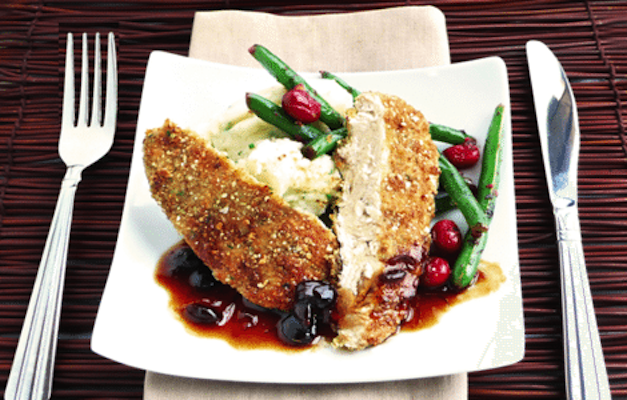 Based out of Canada, Gardein is now available in virtually all grocery stores. It’s hard to believe that Gardein started off with only 85 employees in 2007. The company’s founder and president, Yves Potvin, told Business Insider that Gardein is among the top five meatless brands in the country and expects to bring in $100 million in retail sales this year.

With a diverse selection of vegan meat products categorized as chick’n, beefless, fishless, meatless meals, and gluten-free meals, Gardein has become a popular product among the vegan community.

Over a dozen of their products are being sold in Yard House, a chain sixty restaurants owned by Olive Garden, and Lyfe Kitchen, a fast-growing chain owned by two former McDonald’s executives. 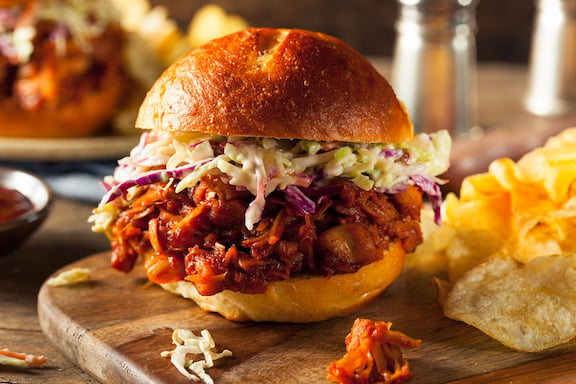 Upton’s Naturals and The Jackfruit Company

The jackfruit is a species of tree in the mulberry, fig, and breadfruit family native to southwest India. Some add jackfruit to desserts like custards and cakes, but it can also be used as an excellent vegan alternative for pulled chicken or pork.

Unripe, green jackfruits are especially great for this as they have a mild flavor and chewy texture perfect for soaking up the flavor you desire to achieve when you’re cooking. Here is a BBQ pulled ‘pork’ recipe by Tasty.

Though not available in many restaurants, jackfruit has started to make its appearance in a handful of restaurants around the country on pizzas, in tacos, and barbecue.

You can find canned and frozen jackfruit in your local grocery store. If you want to skip the seasoning step and simply dig right in, Upton’s Naturals sells a variety of packaged seasoned jackfruit.

All you have to do is place it over medium heat for eight to ten minutes until thoroughly heated! The Jackfruit Company is another brand dedicated to serving flavorful jackfruit. Find their meal starters, frozen entrees, pulled jackfruit, and jackfruit meals in the refrigerated or produce section of your local grocery store. 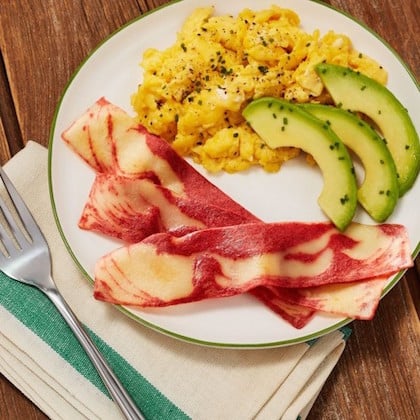 Morningstar Farms is on track to becoming a vegan staple as they plan on going full vegan by 2021, according to Fast Company. Though only about 50% of their products are vegan, they are actively working to alter their recipes.

So far they’ve made an effort to get rid of dairy in eggs in four of their chicken alternatives: buffalo chik patties, buffalo wings, chik’n nuggets, and BBQ chik’n nuggets. They also offer breakfast options such as veggie breakfast bacon frozen strips, veggie sausage links, original sausage patties, and more.

For those who don’t have easy access to vegan fast-food options, Morningstar is a great alternative because a majority of their products are heat-and-eat foods. They are available in your local grocery store as well as online at Target.com and Meijer.com.

Be on the lookout soon for Morningstar’s new exciting vegan product: The Cheezburger! The Cheezburger is a plant-based cheddar “cheeze” filled fake Meat Lover’s quarter-pound patty with twenty-three grams of plant based protein. 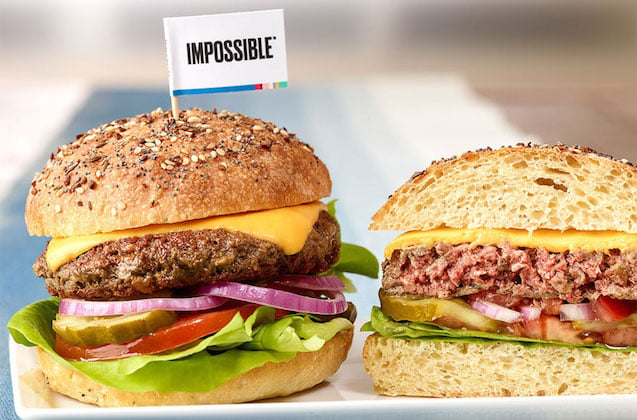 With their plant-based meat products featured in hundreds of restaurants all over the country, the Impossible Food’s Impossible Burger can be easier to find than you think.

This burger is plant-based consisting of wheat protein, coconut oil, and potato protein. Similar to the Beyond Burger, the Impossible Burger has a similar texture and flavor as a red meat burger thanks to their secret ingredient, heme, according to Glutto Digest. If you think this is great, just wait until you hear this.

The best part is that it has no cholesterol as opposed to a regular beef burger which contains 80 mg of cholesterol. On February 4th, it became available to all restaurants in the United States. Find a location near you and see for yourself how tasty it is! 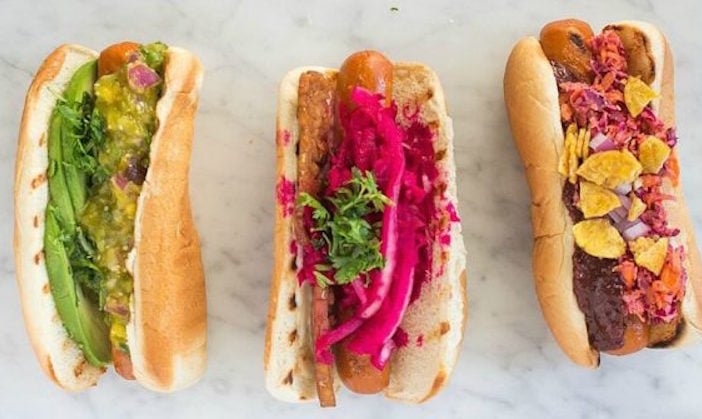 As of the start of 2018, Lightlife has removed all animal products from their line meaning they are completely vegan.

According to Live Kindley, their new burger is similar to the Impossible Burger and the Beyond Burger in that it has the same texture and taste. You won’t be missing out on the traditional beef burger flavor and best of all, it’s cholesterol free!

The brand also offers a variety of other vegan meat substitutes such as chicken, deli meats, beef, sausages, hot dogs, and bacon. Lightlife can be found throughout the United States and recently Canada as of August 2018. To find a location as  well as a list of products available near you click here. 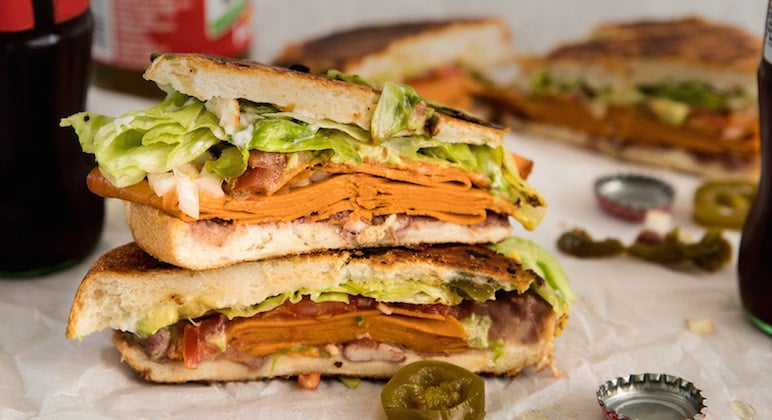 For all the turkey lovers out there, this one’s for you. Created in 1995, Tofurky has taken tofu and created it into a delicious vegan turkey substitute. Since then, they’ve created various plant-based meat products like sausages, hot dogs, roasts, and chicken.

This is a perfect brand to turn to during Thanksgiving. According to Fortune, in 2018 Tofurky hit a huge milestone and sold their five millionth vegan Thanksgiving roast. Thanks to Tofurkey, vegans no longer have to skip out on turkey during the holidays!

This brand has also worked to successfully become a staple in vegan kitchens and is very useful all year round for those who need lunch on the go thanks to their diverse selection of deli slices which include smoked ham, bologna, and more. To find Tofurky in a store near you, see their store locator.