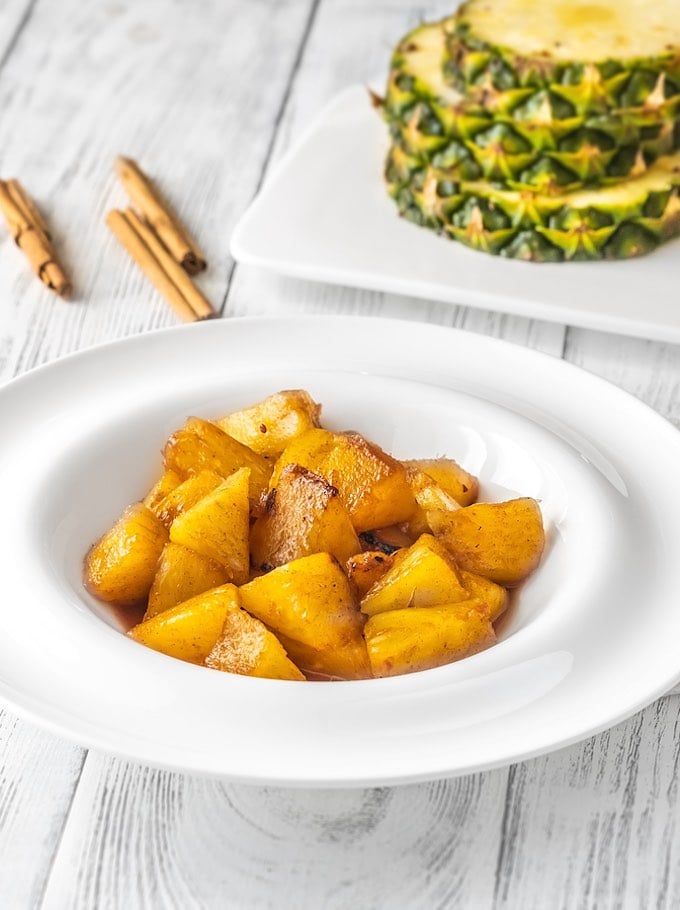 For this easy preparation, you can use either fresh or canned pineapple. Fresh pineapples might look intimidating, but they’re not difficult to cut up with a decent knife and a little know-how.

Here’s a great step-by-step guide showing how to cut a pineapple.

What you need: This recipe has only 4 essential ingredients: Fresh or canned pineapple chunks, maple syrup, vegan butter, and cinnamon.

Optional: If you’d like, you can dress the pineapple up with dried fruit — the recipe suggests dried cranberries, raisins, cherries, or blueberries. 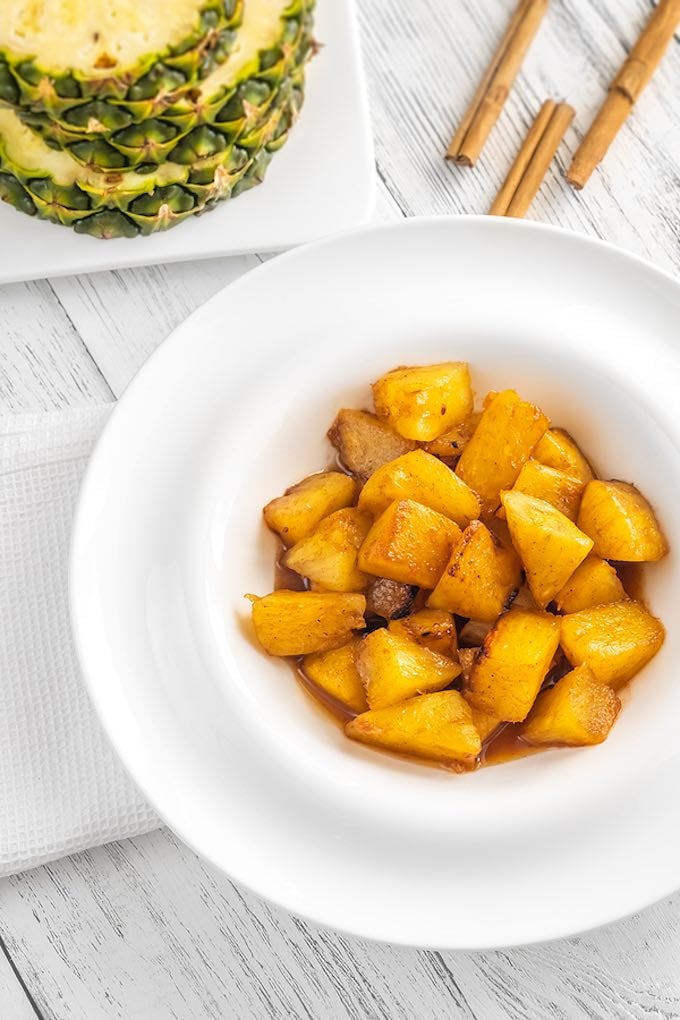 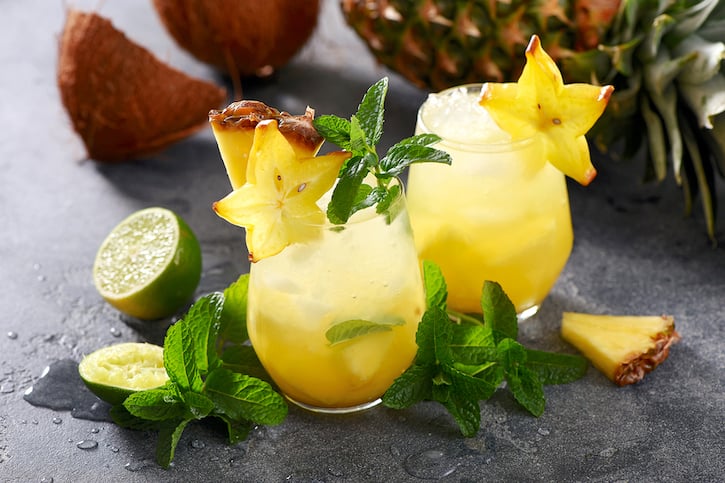