The secret to how these easy vegan latkes (potato pancakes) hold together is using cooked oatmeal or quinoa flakes instead of the traditional eggs.

Make them easy with frozen hash browns. And the secret to their ease is starting with a good brand of frozen hash brown potatoes. This is especially handy if you don’t have a machine with a grating blade.

Organic hash browns are best. My preference is Alexia® Organic Hashed Browns (seasoned). I learned that lesson once when I made this latke recipe with a generic brand of supermarket hash browns. What a waste — no flavor at all, and rather mushy, not the ideal outcome for the culinary star of Hanukkah.

I prefer baking rather than frying the latkes, but …

If you still want to grate fresh potatoes and fry, feel free! If you feel that the grating and frying of potatoes to make latkes is part and parcel of the Hanukkah ritual, far be it from me to talk you out of it. You’ll need a pound of potatoes, same as the weight of the pre-grated hash browns.

But for me, the endless grating (even when I had the grating blade for my Cuisinart, which broke, and which I never was able to replace) and the heavy, greasy fried aroma that lingered and permeated my entire house, my clothing, and even my hair, finally got old. 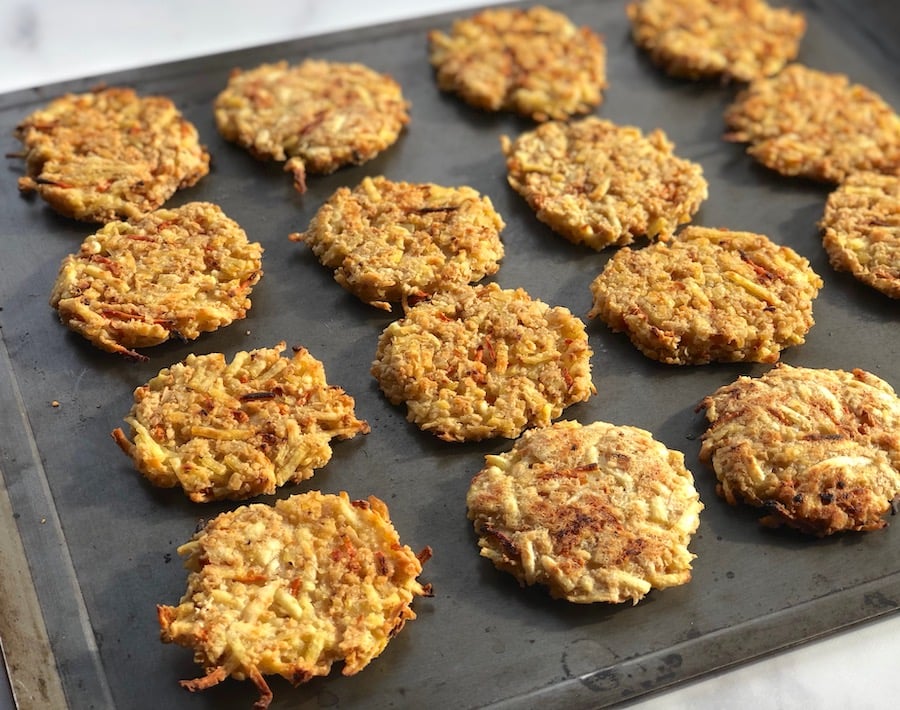 Granted, it’s the ultra-crispy oiliness that are part of the charm of latkes for some people, but if you’re looking to give up the grease for greater ease, you might enjoy giving the baked verson a try.

Double this recipe for a bigger portion. This makes a batch of 20 to 22 latkes; a modest individual portion would be four per serving, though some people who shall remain nameless can practically breathe in half a batch. So double the recipe if need be; it’s easy to do.

You can make these gluten-free. If you use GF oats or quinoa flakes and omit the matzo meal, these easy vegan latkes are gluten-free.

Use a good vegan sour cream. It seems like more brands are appearing regularly, and they’re all good! Some popular ones include Follow Your Heart, Forager, Kite Hill, or Wayfare. And there are others, including store labels. 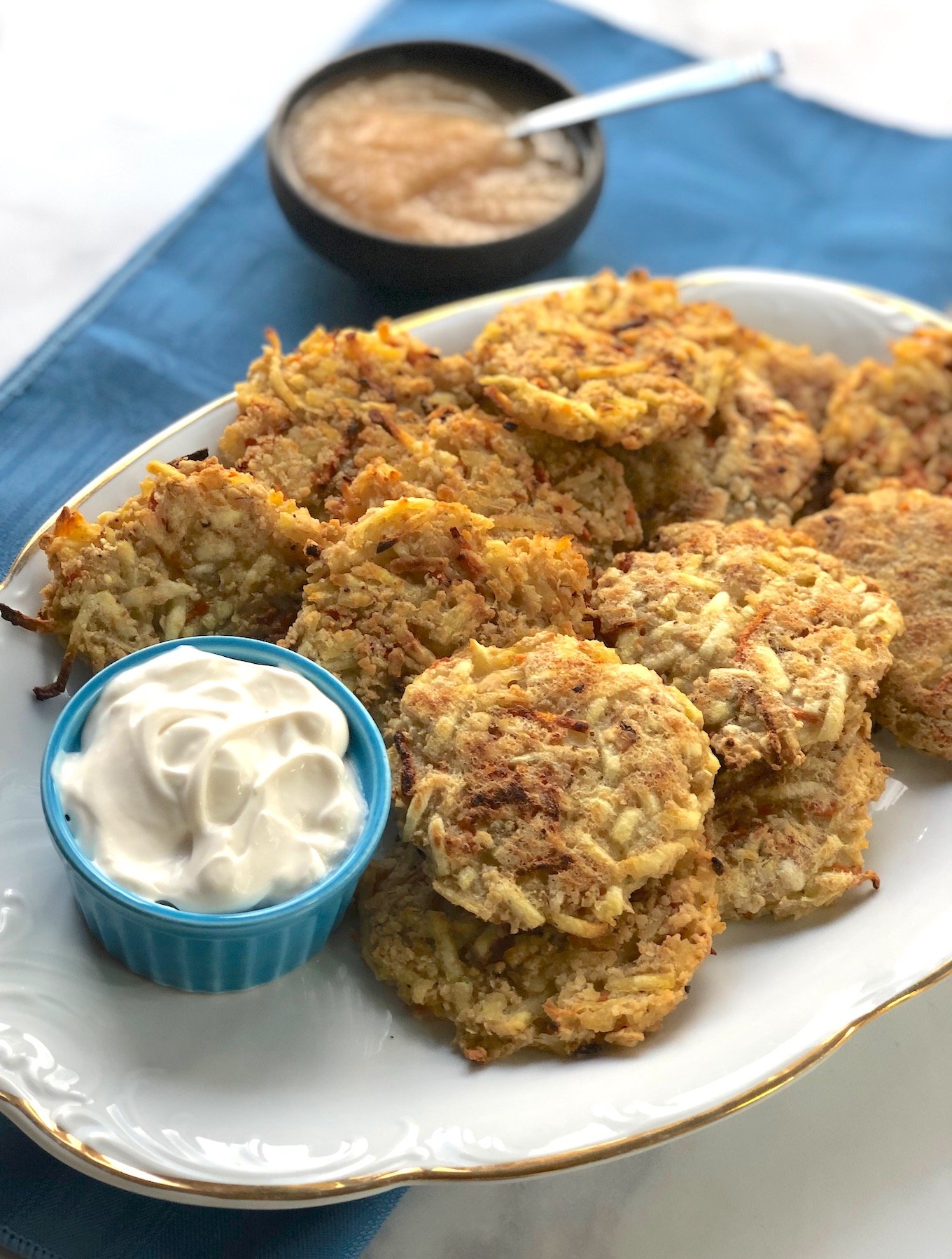 A selection of Jewish vegan recipes