Avocado and jícama salad has become a summer classic. Embellished with blueberries and roasted corn kernels, it adds a splash of color to the plate. Though it goes with most any kind of meal, this salad is especially good with Mexican/Southwestern specialties — tacos, burritos, and the like. 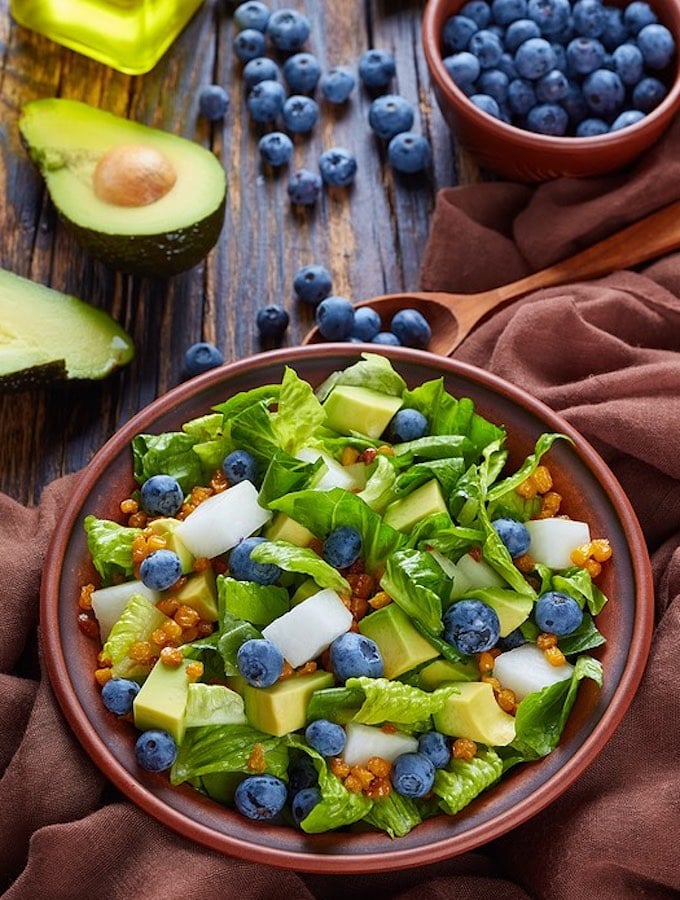 Tips for prepping fresh corn kernels: It’s easy to strip corn kernels from the cob, and there’s nothing like using it fresh during its summer season.

After removing the husks, break the corn on the cob in half. Stand each half on a cutting board, or better yet, a very shallow bowl (the latter will help prevent the kernels from scattering). With a small, sharp knife, cut the kernels away from the cob using a downward motion. 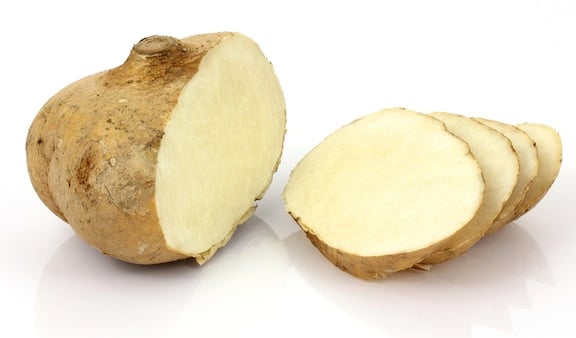 About jícama: Shaped like a turnip with a thin, rough tan skin (which should be peeled before using), jícama is a tuber that lends itself to lots of preparations. While its unique qualities are best showcased by using it raw, it can also be sautéed, stir-fried, and roasted.

If it’s nice and fresh, the flesh (white to pale yellow) is juicy, with a texture that’s can be described as a cross between apple, turnip (or radish), and water chestnut. Native to Latin America, it has a slightly sweet flavor that makes it compatible with both vegetables and fruits in various dishes.

Jícama substitute: Though jícama is usually available from midsummer through fall, if its availability doesn’t dovetail with blueberry and corn season in your area, feel free to substitute turnip or daikon radish. 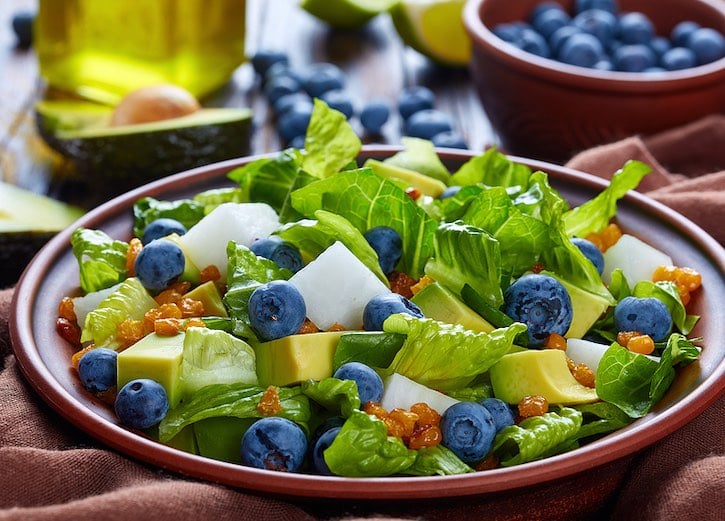 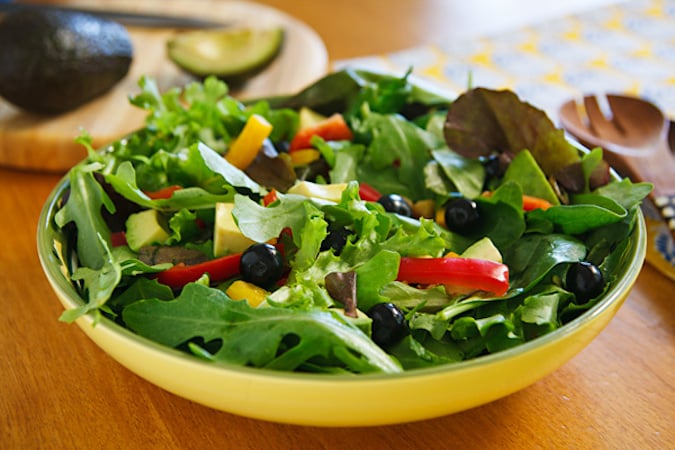 Previous Post: « Portobello & Seitan Vegan Philly Cheesesteak Sandwiches
Next Post: A Guide to Jícama: What it is, easy ways to use, and recipes »