Wine-poached pears make an easy and elegant dessert, but what makes this recipe extra pleasing is the addition of glazed pecans. It’s a lovely treat for late fall and winter. 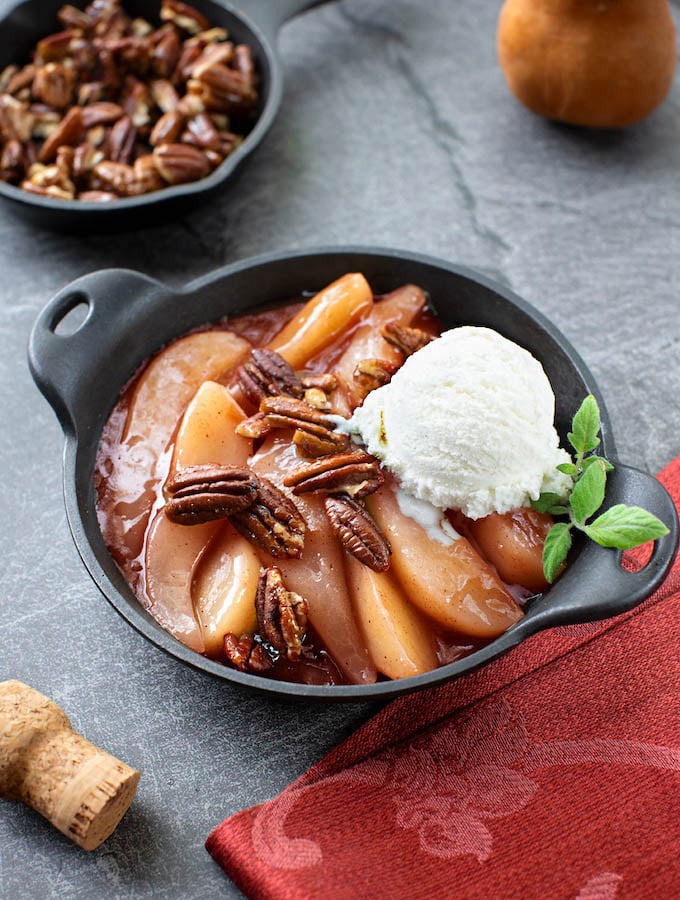 Bosc pears are ideal for this dessert, but use another variety if you have a favorite. You can leave the peels on for easy prep, but if you prefer to peel them, feel free to do so.

Red or white wine: Though red wine is more commonly used in poached pear recipes, there’s no reason why you can’t use white. Especially if you have a bottle open, use what you’ve got! 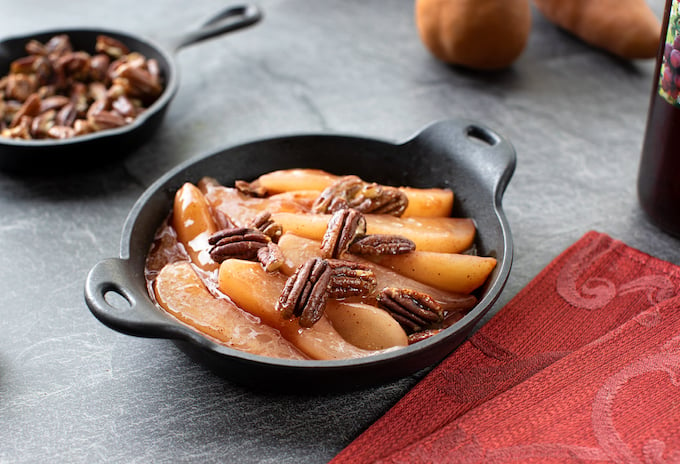 A bit about pecans: Pecans are highly compatible with sweet dishes and baked goods, though they’re quite delectable in savory dishes featuring fall and winter vegetables.

They’re interchangeable with walnuts in most recipes (especially where chopped nuts are called for in baked goods, such as brownies) and are, of course, commonly used in pies and tarts. Their mellow flavor is welcome in mixed nuts and trail mixes. See a lot more about this all-American nut in this site’s Guide to Pecans. 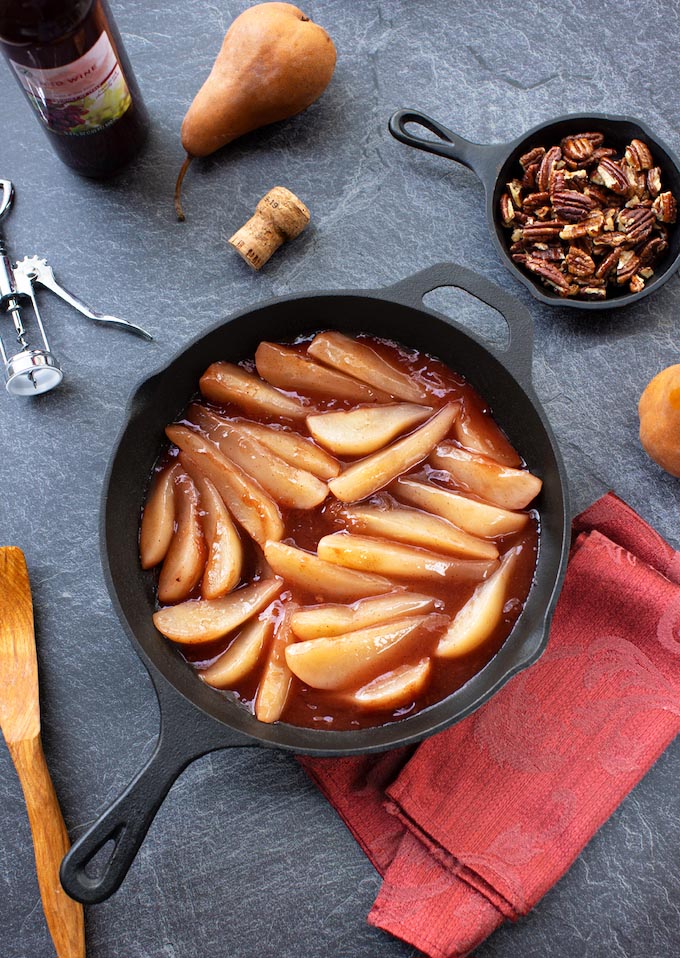 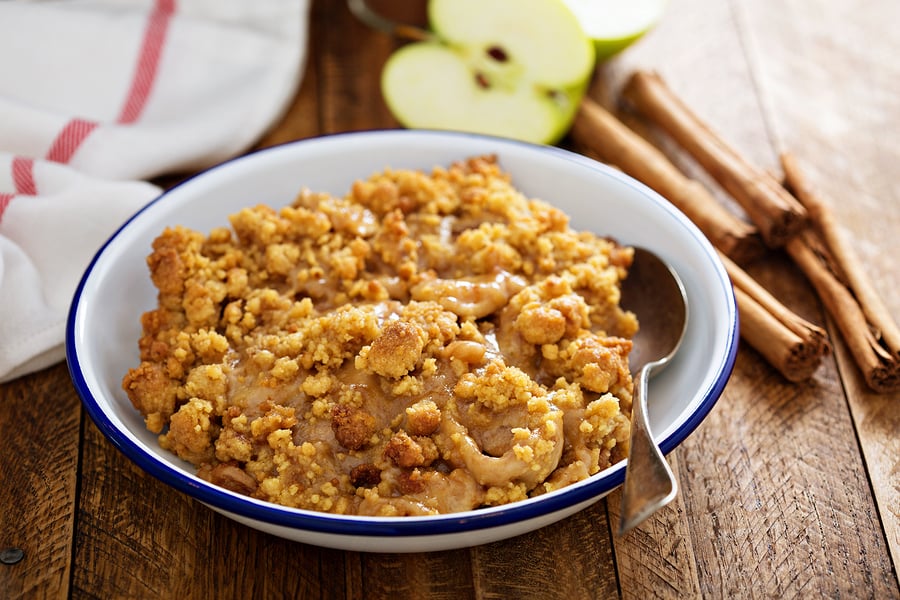 Previous Post: « A Guide to Pumpkin Seeds and Pumpkin Seed Butter
Next Post: Vegan Bulgogi Bowls — a plant-based twist on a Korean Classic »