Does your household consist of vegans and vegetarians, vegetarians and omnivores, or any other mixed dietary preferences? Here are 6 strategies for harmony in the kitchen and at the table, and ideas on how vegans (or vegetarians) and omnivores can live and eat together peacefully. 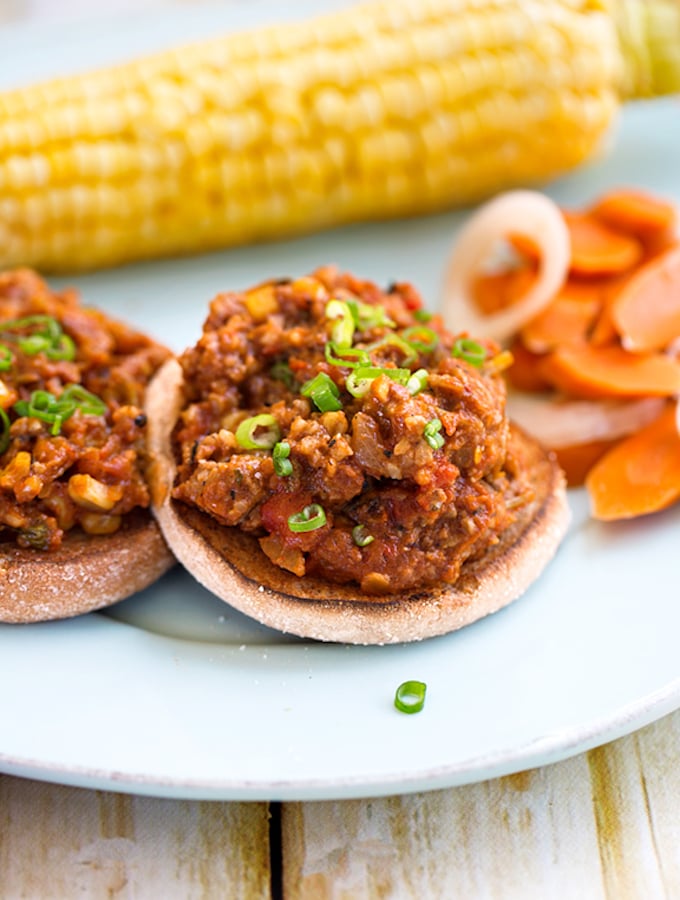 I didn’t realize what a bubble I’ve been living in before I starting asking probing questions to families and couples with different kinds of eaters. That can be tricky to navigate, and reminded me that I’ve always been lucky in this regard.

Feeding vegan families in which everyone is on the same plant-based journey is easy. But what to do if one parent or partner is a devout vegan and the other insists on meat at every dinner? Or if a teen or child goes vegetarian or vegan, and the rest of the family isn’t on board?

Before anything else can go forward, there needs to be agreement that a well-planned plant-based diet is a fine choice, whether the person taking that stance is a 5-year-old or only one parent or partner.

Here are some real-life tips for couples and families with mixed dietary preferences: 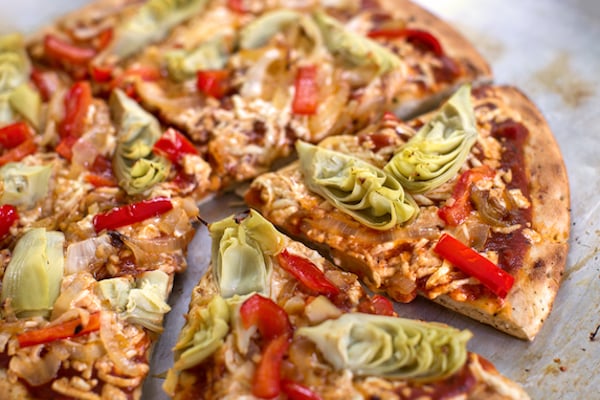 1  Find common ground with familiar dishes. It’s entirely possible to make a largely plant-based meal that works for everyone. Soups, salads, sandwiches, wraps, and potato dishes are just some dishes that don’t need to be meaty.

The same is true for pizza, lasagna, and chili, sloppy joes, tacos, and so many of the kinds of dishes that everyone craves. Let your family help with meal planning, to give them a sense of agency in the process. Here are 7 plant-based meal planning tips to get you started.

If plant-based eating is new to your family, then the burden of proof is on the new plant-powered eater. But that’s not a bad thing! The best way to win your family over is to show them how delicious meatless meals can be.

Die-hard meat eaters have the choice to add a hunk of meat to their plate. But often, there’s much common ground in meals based on familiar dishes that can be shared pleasurably and peacefully. 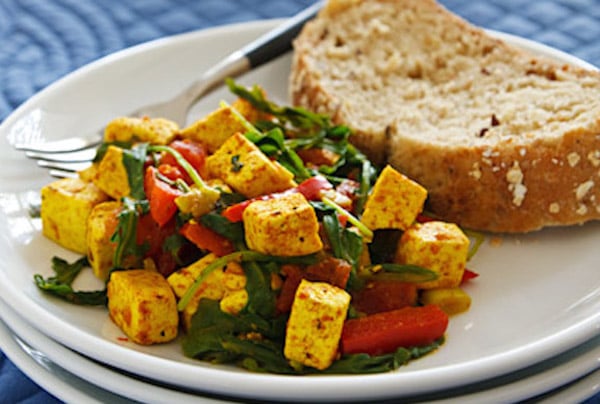 2  Go your own way, at least some of the time. For Ricki and her omnivore husband, each half of the couple going about their own business seems the best way to keep the peace. Occasionally, her husband cooks his own meat at home, then uses her meal as his side dish.

“The rest of the time, he just eats what I eat at home, and endeavors to eat his meat meal for lunch at the office,” she explained. “He’s happy to eat whatever I cook and rarely turns it away. He won’t consume my ultra hard core green smoothies or anything with too much tofu, but otherwise seems to love whatever I make.” 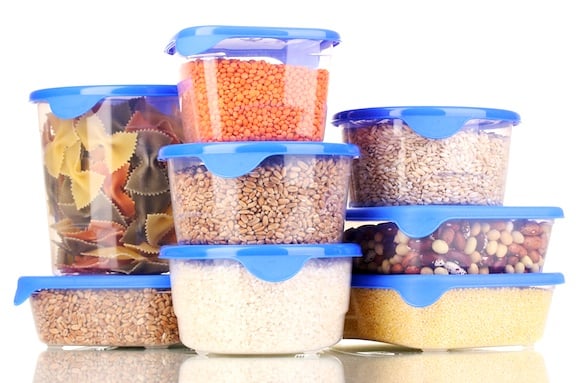 Everyone can get on board with meals centered on grains, legumes, and pastas

3  If you’re the lone vegan, make the plant-based protein dish. Hannah went vegan in her early teens, echoing some of the experiences I had went I went vegetarian in my teens, decades ago.

“While my mom, the primary meal provider of the household, has always been supportive of my plant-based diet, she warned that I would have to fend for myself, since she wasn’t about to start cooking numerous separate meals every day. So, becoming vegan was the catalyst that got me into the kitchen and interested in cooking.”

Their family dinner centered around neutral dishes, like rice or pasta, steamed vegetables or a salad. While the family usually added one meaty protein, Hannah would prepare her own meatless protein dish.

She occasionally started cooking for the entire family, and “usually everyone will be a good sport and a bit adventurous. It’s the best way to ensure that I got something I wanted, gave my mom a break, and got everyone else eating vegan more often.” 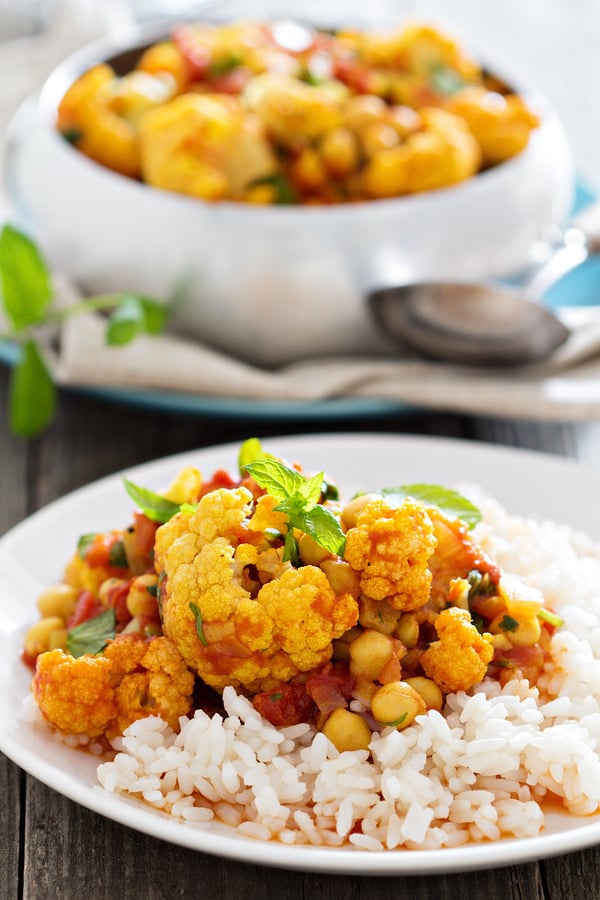 4  Set ground rules for at-home meals. If everyone agrees to a small set of guidelines, much conflict can be avoided. If the plant-based party is the primary cook, it’s a lot less tricky. Kathy says that since she does nearly all of the cooking, she and her wife keep the house meat-free, making very occasional exceptions for potlucks and parties.

She adds that “It’s important to make sure that if the vegan is the planner to include a few things that the meat eater really likes.” For example, her wife enjoys plant-based meat alternatives, so those are on the menu rotation.

Ellen, a vegan with an omnivore husband, agrees that it’s important to make the main part of the meal something everyone can enjoy.

“Food should be a source of pleasure, bringing us all together. Don’t make separate meals — that only makes dinner divisive.” In their kitchen, “the main course is vegan — whole grains, beans and greens, a main course salad, a vegan curry, or veggie stir-fry. On the other hand, when he’s out on business, he’s may be at a steak house.” 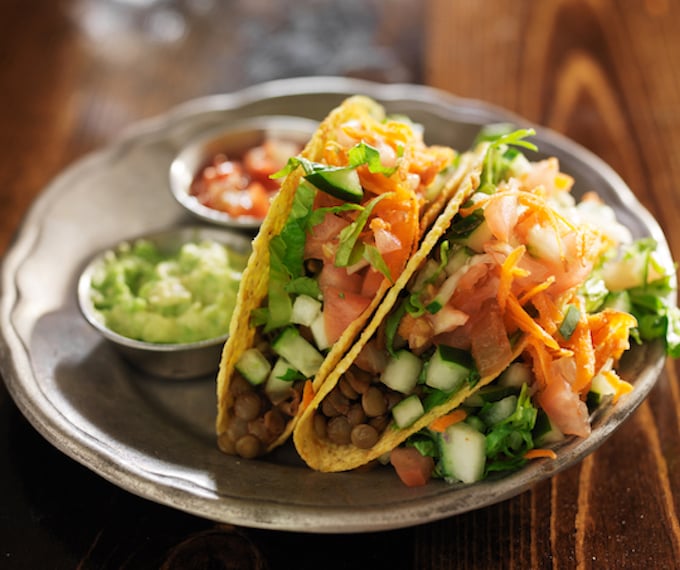 5  Look at it as an opportunity to improve the whole family’s diet. The family member who wishes to go more plant-based can use it as a way to improve the eating habits of the other, by using delicious food as the main attraction.

Lee follows a mostly plant-based diet but doesn’t call herself vegan. “Call me a veganist, a nutritarian, someone that occasionally uses animal products as condiments, or just a person trying to follow a plant-based diet while navigating other food sensitivities,” she explains.

Her transition to primarily plant-based foods began after she was diagnosed with gluten sensitivity. She continued to cook “regular” foods for her family and ate around them, describing her own meals as “pathetic.”

Once her daughter was diagnosed with gluten sensitivity as well, Lee decided to step it up and make meals for the family (her husband, their daughter, and two sons) based around a gluten-free centerpiece that she made sure was absolutely delicious. No one ever complained.

Once the nest was empty, Lee decided to try and follow a primarily plant-based diet. She stopped serving any meat in the house once she discovered many wonderful gluten-free and vegan recipes. Lee improved her well-being, as well as her family’s, by setting an example and offering tasty food, rather than by imposing stringent rules. 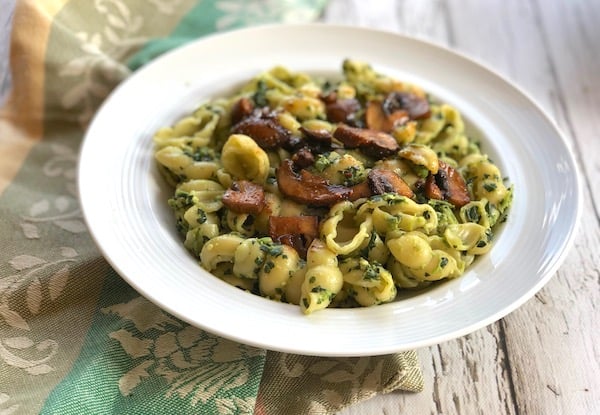 6  Respect one another’s choices, even if you disagree with them. If you’re a passionate vegan, you’re not going to be thrilled about living and eating among meat-eaters. I would argue that this is more the case than in reverse. Becoming vegan often leads to an aversion to meat and all that it symbolizes.

Omnivores aren’t similarly offended by broccoli and kale — at least, not usually. Try to eat peacefully together, but if you can’t, have your meals at different times or in different spaces.

But just because you, as a vegan, have the burden of proof to show how amazing your food can be, that doesn’t mean that you become a target for criticism or ridicule. Stand up for your beliefs, quietly and firmly. Don’t invite arguments, and ignore baiting.

Having now spent decades as a vegetarian and vegan, I’ve rarely been hassled, always standing firm with delicious food and firm facts. Going vegan as a family (or couple) is the ideal, but if that’s not going to happen, there are lots of ways to live in harmony.

More ideas from around the web:

Here are more helpful tips & trends for the vegan life.