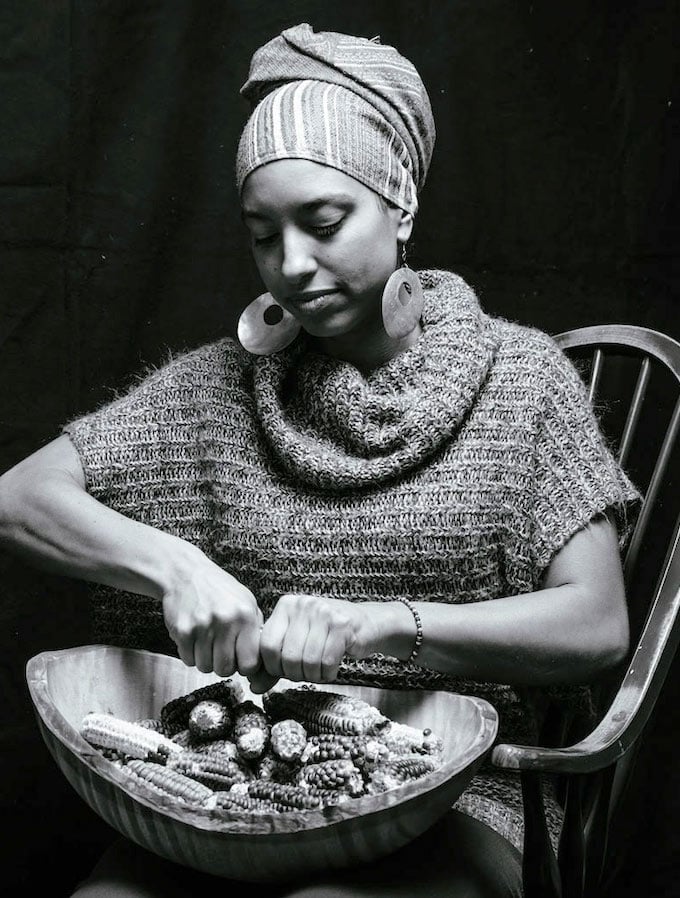 In 2019, I had the pleasure of visiting Soul Fire Farm in Grafton, NY to interview its co-founder, Leah Penniman. Soul Fire Farm was founded in 2011 by Leah Penniman and her husband, Jonah Vitale-Wolff. Their two grown children, Nashima, and Emet, are now involved as well.

An abbreviated version of the article I wrote for Valley Table magazine is reprinted here by permission, and you’ll be able to link to the entire article at the end of this post.

“Soul Fire Farm is a BIPOC*-centered community farm committed to ending racism and injustice in the food system. We raise and distribute life-giving food as a means to end food apartheid. With deep reverence for the land and wisdom of our ancestors, we work to reclaim our collective right to belong to the earth and to have agency in the food system.” (*Black, Indigenous, & People of Color) 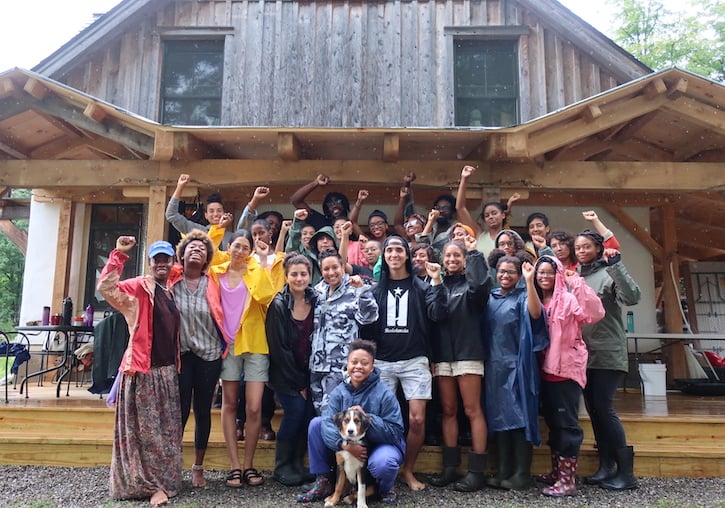 Ways to get involved

Despite the disruption in regular activities and programming, Soul Fire Farm is still working tirelessly to promote food justice. Here’s here’s their response to current conditions, which include the construction of 40 raised-bed gardens in urban communities in Albany and Troy (see more just below).  There are many ways to donate and get involved. Here is Soul Fire’s recent statement on anti-racism and more resources for getting involved.

Explore the reparations map for Black and Indigenous farmers. and learn about the farm’s educational public programs. As you can see, in the “before times,” Leah does an enormous amount of public speaking, which is going virtual at the moment.

Soul Fire in the City program

Though Soul Fire Farm’s public programs have been disrupted by the pandemic in 2020, the important work continues. In response to current challenging conditions, Soul Fire Farm has launched a Soul Fire in the City program:

To meet some of the needs of our community members in Albany and Troy, NY, this spring we are offering materials, labor, and guidance to support folks in establishing 40+ raised-bed gardens.

Our Soul Fire in the City program centers BIPOC folks impacted by food apartheid, survivors of mass incarceration, refugees and immigrants, people with disabilities or chronic illness, elderly folks, and families with children.” 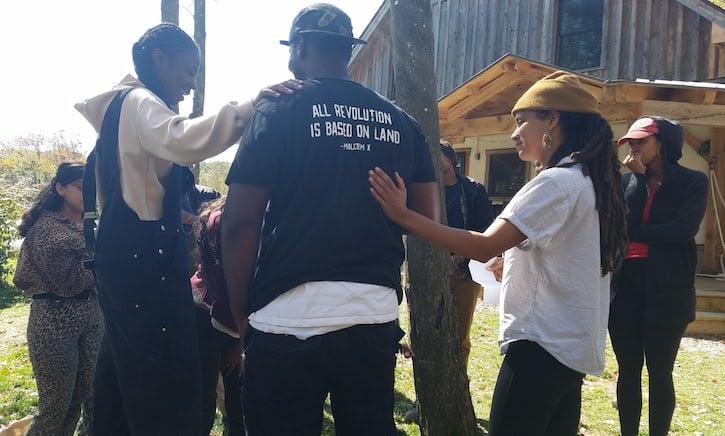 This statement opening Farming While Black, Leah Penniman’s practical and empowering guidebook, can be read as a clarion call.

“Farm management is among the whitest professions, farm labor is predominantly Brown and exploited, and people of color disproportionately live in food apartheid neighborhoods and suffer from diet-related illness,” says Leah. “This system is built on stolen land and stolen labor, and needs a redesign.”

In the introduction to Farming While Black, Leah describes her awakening to African-American agricultural heritage, coming full circle back to the mission of Soul Fire Farm:

“The only consistent story I’d seen or been told about Black people and the land was about slavery and sharecropping, about coercion and misery and sorrow. And yet here was an entire history, blooming into our present, in which Black people’s expertise and love of the land and one another was evident … to learn of our true and noble history as farmers and ecological stewards is deeply healing.” 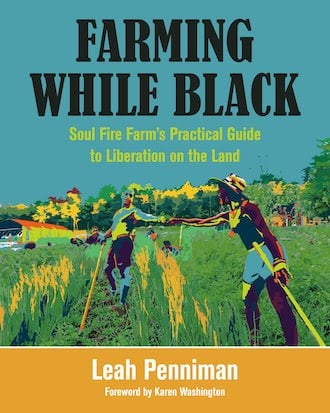 Access — who has it? Access to healthy fresh food is quite often still divided along racial lines. People of color are three times as likely to be hungry, and some 24 million Americans live under food apartheid. White neighborhoods have an average of four times as many supermarkets as communities of color.

… This dramatic decrease was the result of decades of racist agricultural policy and social pressure that pushed Black, Indigenous and other farmers of color off of farms and out of farming.”

Labor —why is it still so exploitative? Today, 83% percent of those working in agriculture are not protected by labor laws or unions. Child labor is still an issue. Soul Fire’s Farm’s report states:

“In the United States, most of our food is grown and harvested by 3.5 million farmers, 80% of whom come from Mexico and Central America. Not only is their labor largely invisibilized, their jobs have one of the highest fatality rates while they have access to little-to-no health insurance and abysmally low pay.” 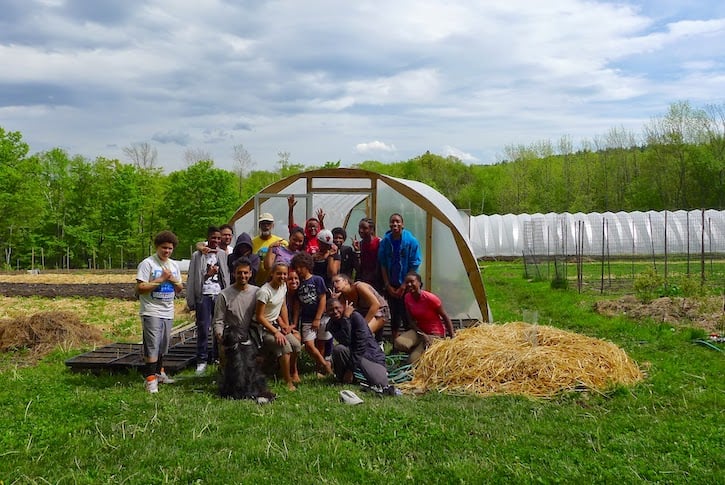 Serving a new generation of Black and Latinx farmers, youth programs are a core component of Soul Fire Farm’s mission.

Soul Fire’s immersion programs offer training in technical skills in conjunction in tandem with fostering a positive relationship with the land. The young people who emerge from these programs find them to be remarkably healing.

The youth programs emphasize pride in African-American agricultural legacy, while also examining the roots of food injustice. The most popular program is the weeklong immersion BIPOC FIRE (Black-Indigenous-People of Color Farming in Relationship with Earth).

Offered seven times per year, youth programs have long waiting lists, speaking to a growing need for them. And outcomes are impressive, with ninety percent of participants implementing what they’ve learned in various ways — urban farming, school gardens, land and reparations policy, and more. PLEASE NOTE: In-person youth programs has been suspended for 2020 but you can learn more here for future reference.

Read the Valley Table article in its entirety here. 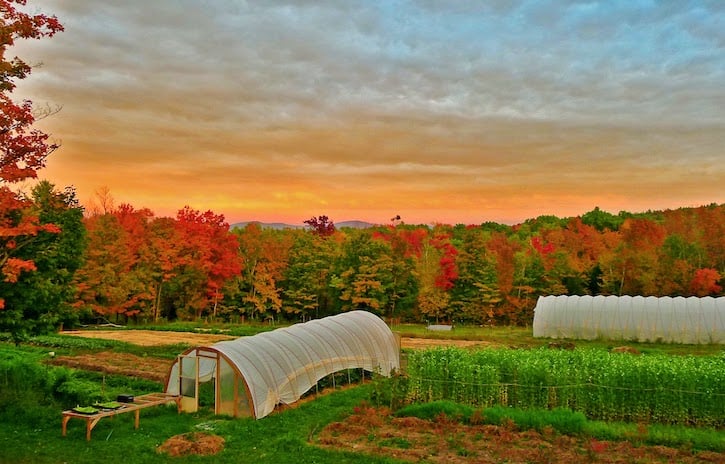