Smashed potatoes with vegan mushroom gravy — yum! And so much easier to make than traditional mashed potatoes. It’s a comfort classic to warm up with, and a good plant-based holiday side dish. 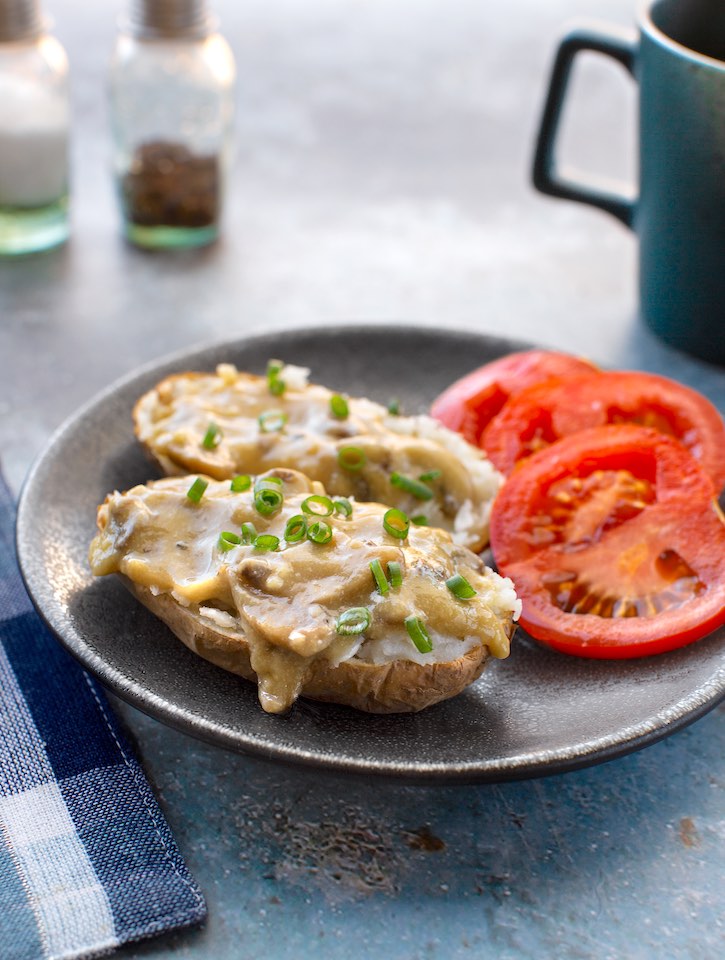 Making mashed potatoes is kind of a project, at least for me — all that peeling and dicing, plus the cooking time, and then the scrupulous mashing. Because most people like their mashed potatoes nice and smooth, not lumpy.

No wonder most of us save mashed potatoes and gravy for holidays or special occasions. But that’s not the case with smashed potatoes with vegan mushroom gravy.

This is an easy recipe that you can make any day of the week, even (or especially) when you’re feeling lazy and want something comforting in a flash. It has just 5 ingredients, no added fat, and is just fine left lumpy! And yet, it’s special enough to serve as a side dish on a winter holiday menu. 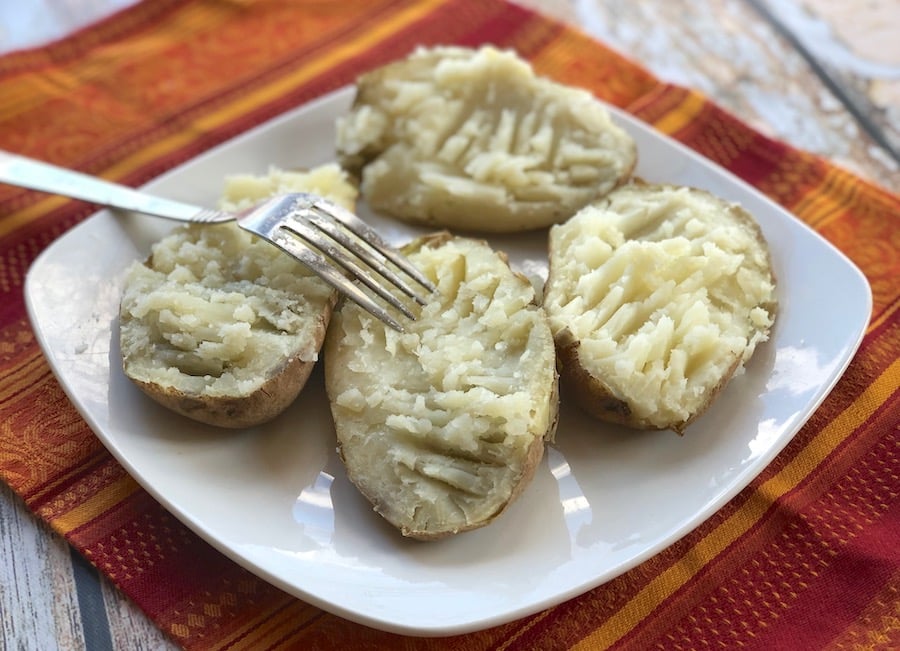 Smash the potatoes well with a large fork or masher, but let them stay lumpy!

Following the recipe you’ll find a few tips for baking potatoes properly in the oven — which can take up to an hour, but results in better flavor. Most of us don’t have the time, or we’ve forgotten to plan ahead, which is one of the reasons why the microwave was invented. 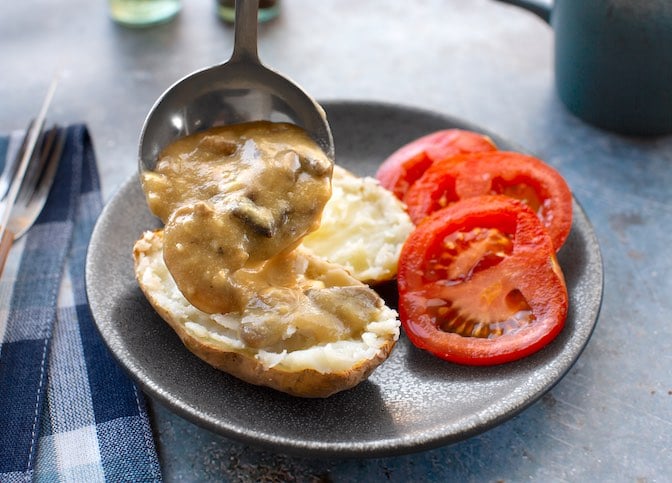 For those of us who lead hectic lives (and who doesn’t these days?), the microwave is a boon for baking potatoes and sweet potatoes. They cook in a fraction of the time it takes in the oven.

But if you find yourself home on a cold or drizzly day, consider baking a few white or sweet potatoes the old-fashioned way. Their flavor deepens and they bake much more evenly in the oven than they do in the microwave.

Preheat the oven to 400º F. Scrub the potatoes well, whether you plan to eat the skins or not (after all, they’ll be sitting on your plate) with a vegetable brush. Cut off any eyes that have begun to sprout.

Conventional wisdom says to poke a few times with a fork to allow steam to escape, but to be honest, I never do this. Line a baking dish with foil. Arrange the potatoes in it and cover snugly with more foil. Or, you can wrap the potatoes in foil individually.

Bake until a knife pierces through easily, 45 minutes to an hour, depending on size and variety of potato. That’s it; enjoy! Photos by Hannah Kaminsky, BittersweetBlog.com 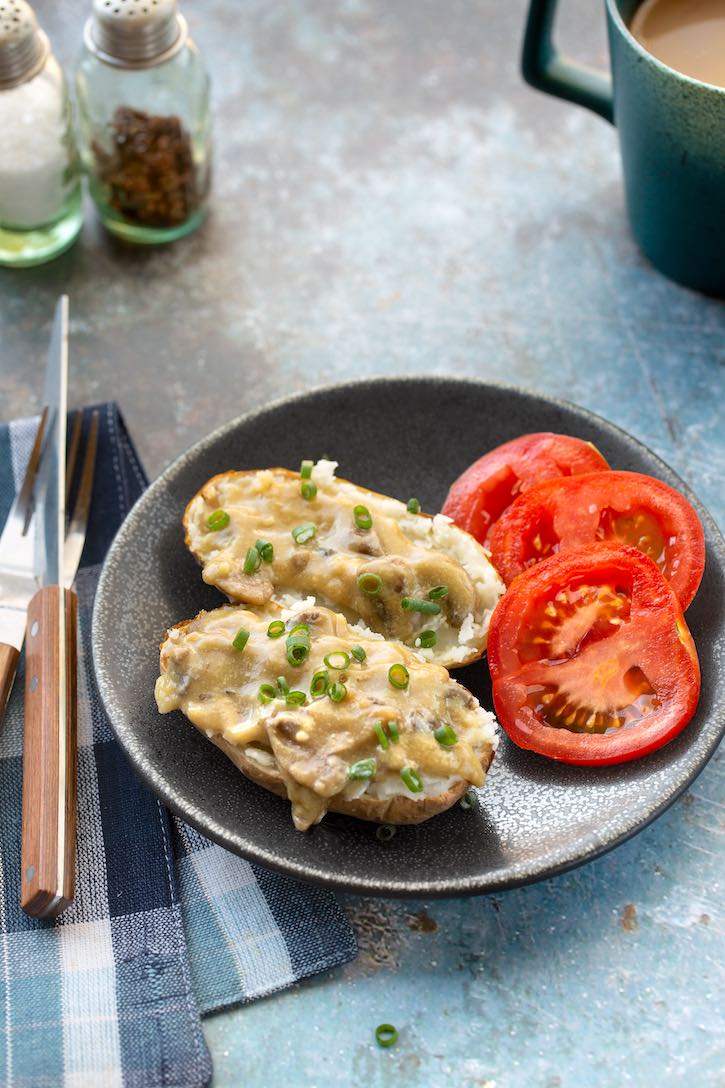 As mentioned in the headnote, you can use whatever potatoes you have on hand.

Nutrition data is always an estimate depending on program used to calculate and exact products used. This is given for informational purposes only and accuracy cannot be guaranteed. 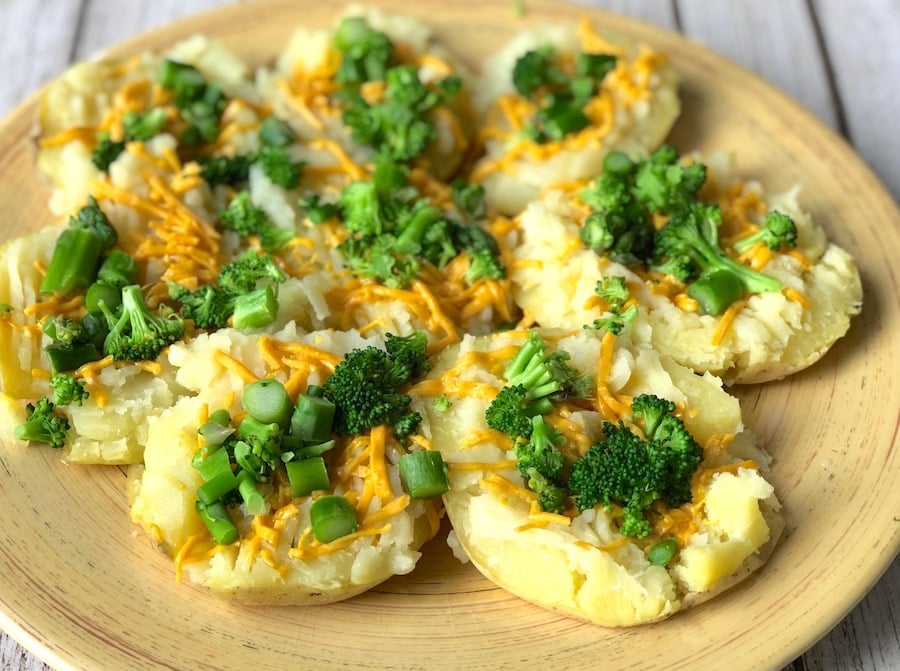 How to Make Tasty Smashed Potatoes — No Recipes Needed