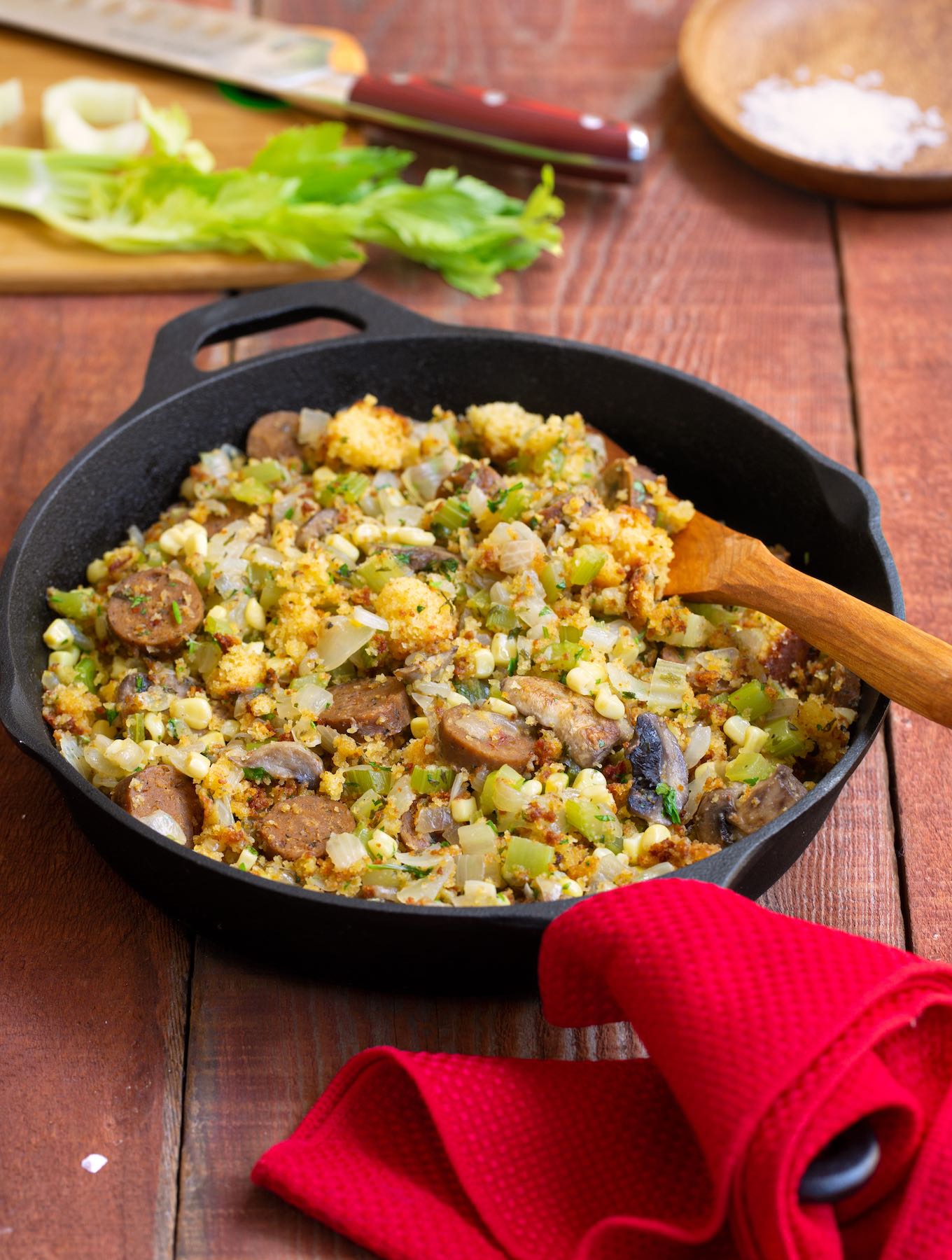 Cornbread is only as good as it is fresh. So after you’ve had some of it straight from the oven, turn leftovers into a delicious skillet cornbread stuffing flavored with vegan sausage and mushrooms.

This delightful preparation can be used as a side dish or main dish, or as a delectable vegan cornbread stuffing options for the Thanksgiving table.

It’s not easy to find prepared vegan cornbread, so if you can’t, it’s an easy thing to accomplish. Just make sure to bake it a day or two before, or earlier in the day when you want to make this stuffing. Here’s a case when you actually want your cornbread to be more on the dry and crumbly side. And you’ll want to use half of the baked cornbread; or, if you’re purchasing it, about 8 ounces. 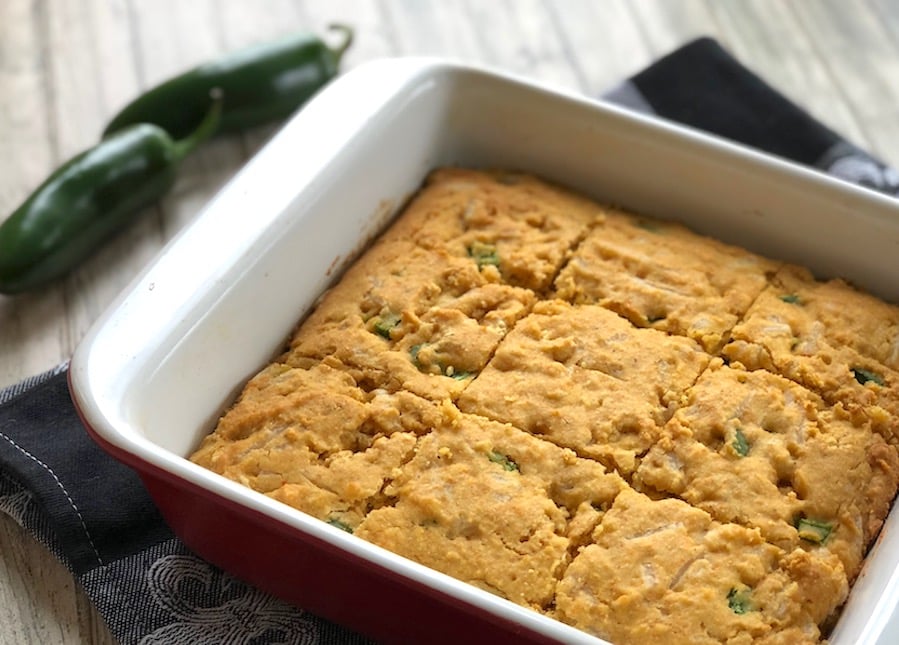 Here’s this site’s Vegan Jalapeño Cornbread, should you want to make it for the purposes of this recipe. You can leave out the hot stuff for this purpose if you’d like, though the jalapeños mellow out quite bit in the baking process.

Use your favorite brand of vegan sausage — they’re all fantastic! The plant-based sausage plus mushrooms lend the skillet stuffing plenty of flavorful umami. 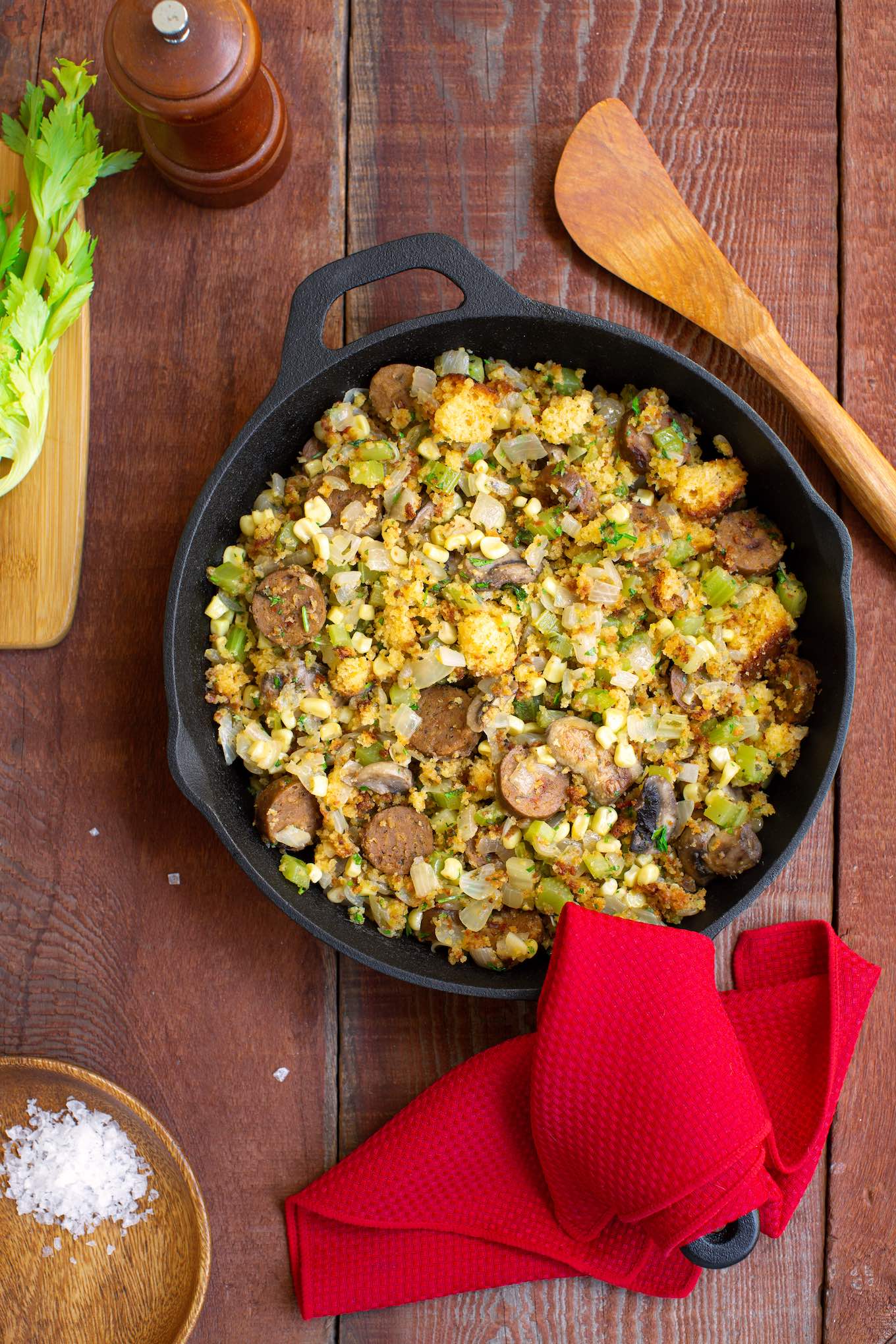 If you have a source for prepared vegan cornbread, feel free to use it. Or, make your favorite vegan cornbread recipe (see this site's jalapeño cornbread, for instance. The chile peppers mellow out quite a bit in the baking process, but you can skip the hot stuff if you’re making it specifically to use in this recipe). Cornbread is usually prepared in an 8-by 8-inch pan, and you'll need about half of that for this recipe).

If you don’t have prepared vegetable broth on hand (either homemade, the kind that comes in cartons, or canned), dissolve a vegetable bouillon cube in 1 cup hot water.  Use what you need for the recipe, and save the rest for another use.

Variation: Add a cup of fresh or frozen (thawed) corn kernels in step 3.

All photos (except Jalapeño Cornbread) by Hannah Kaminsky, BittersweetBlog.com. 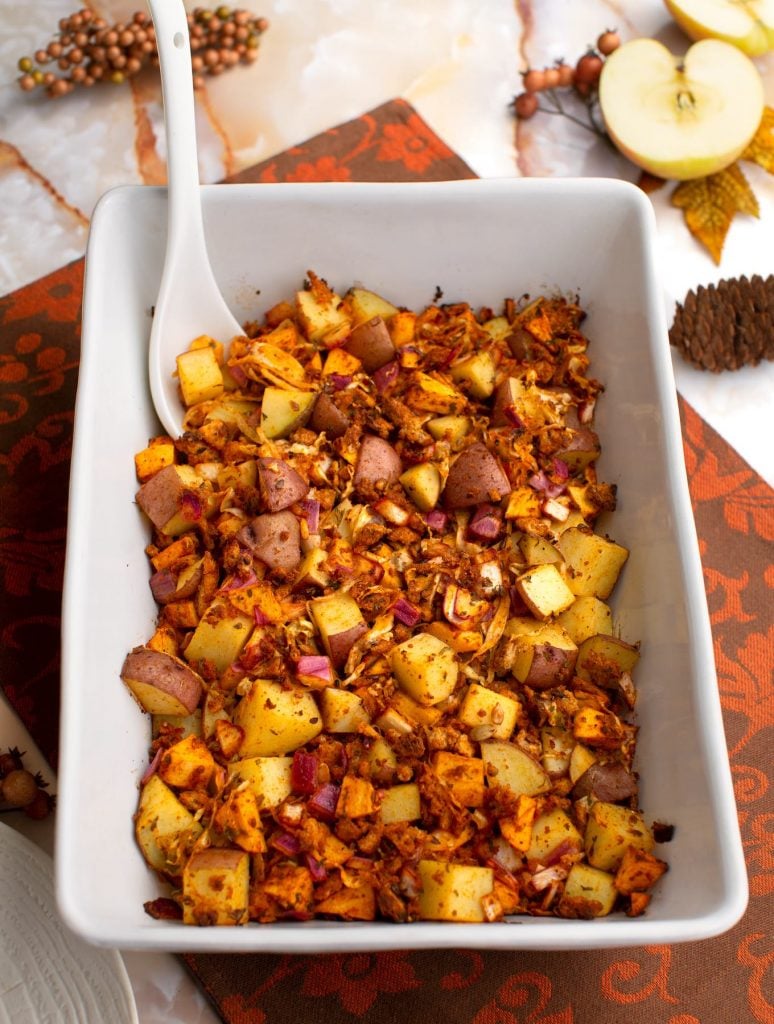