The compact business district of Pine Bush, a New York Hamlet, is home to Pure City, a vegan Asian restaurant. The award-winning eatery has been thriving in this location since 2003, yet it still awaits discovery by many residents of the Hudson Valley. 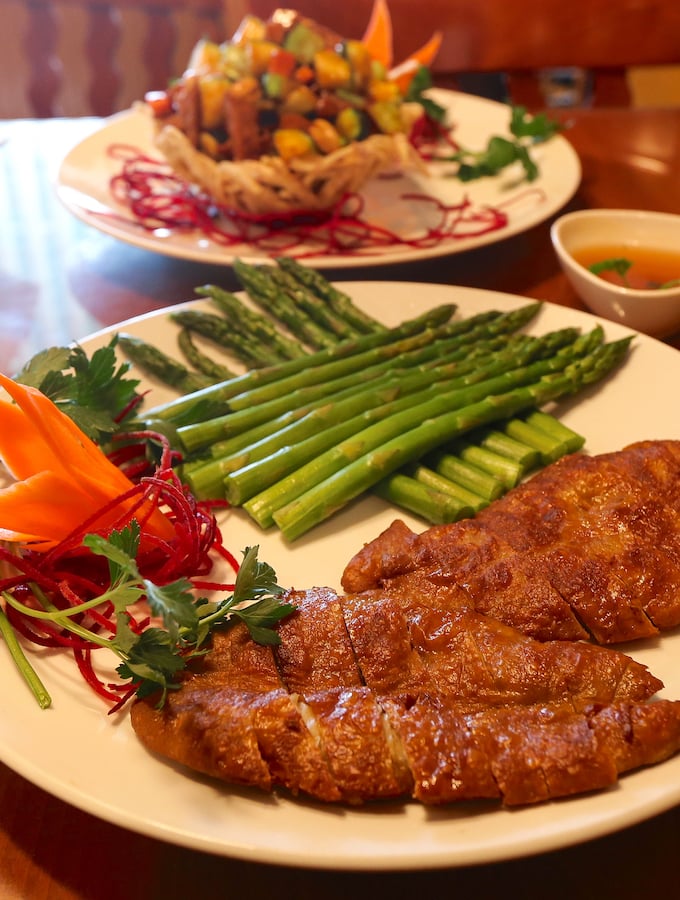 Vegans are especially delighted and surprised once they discover and experience it, though its appeal goes far beyond plant-based enthusiasts. Non-vegans in the area are part of a loyal following grown by word of mouth, according to co-owner Lisa Chen.

The array of foods served here are incredible, and many are inventions of chef Ben Chen. It would be impossible to do justice to all of Pure City’s offerings here, so you’ll have to just explore the extensive menu for yourself! 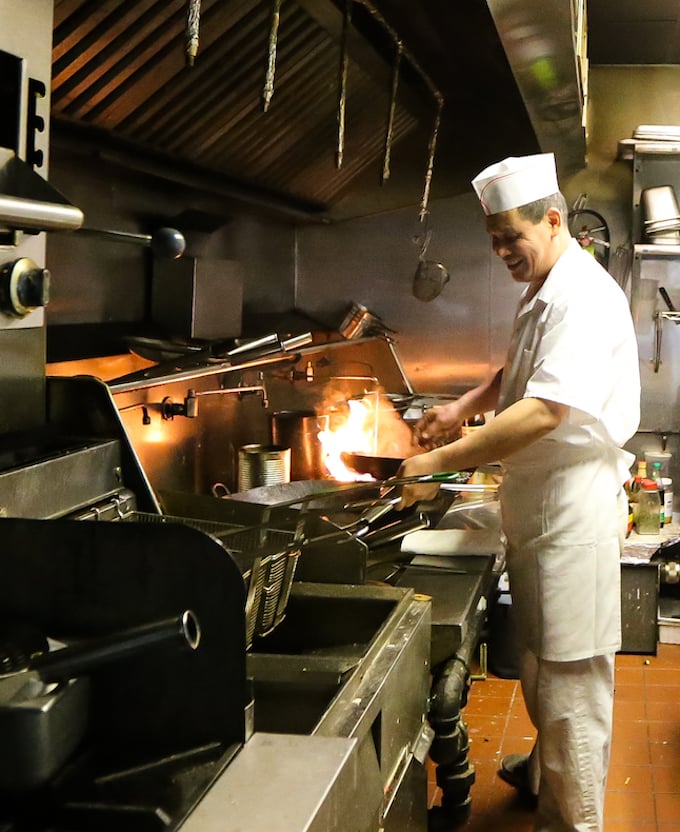 As dedicated Buddhists, owners Ben and Lisa Chen practice the compassion and nonviolence at the heart of the teachings of their dharma master. Those beliefs are reflected in the menu. 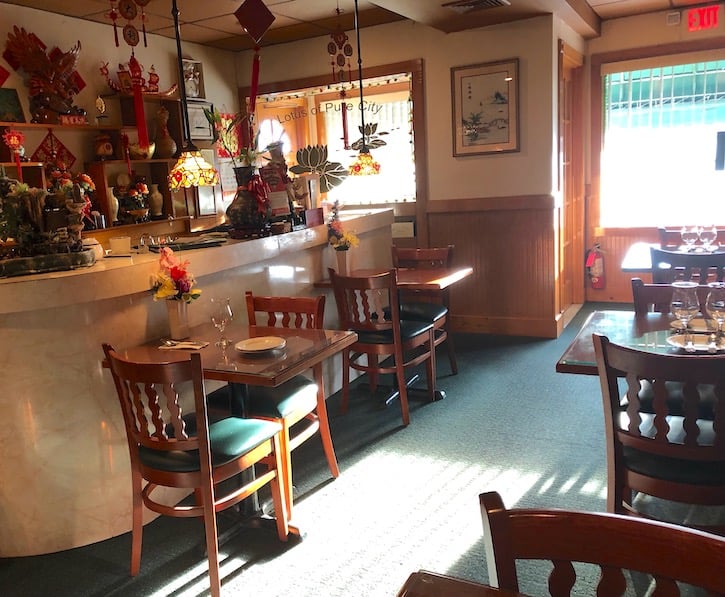 With Asian art and objects and soft lighting, the serene eatery has long been a destination for vegetarians and vegans seeking a festive place to celebrate birthdays and other special occasions.

Some customers become especially devoted to a particular dish, including a gentleman who has been ordering Green Jade, a delectable combo of veggie “ham,” broccoli, and enoki mushrooms, for fifteen years. Meat-eaters are particularly smitten with Veggie Nuggets Orange Flavor and Teriyaki Veggie Steak. 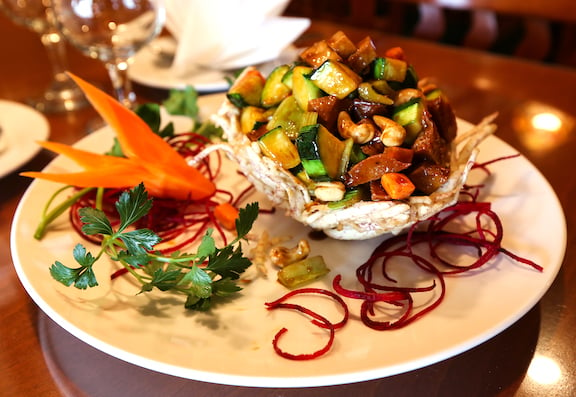 Many of Pure City’s entrées are the unique creations of chef Ben. Almost too pretty to eat, Mixed Diced Vegetables in Taro (above), for instance, is served in a crisp edible bowl and surrounded by thin ribbons of raw beet. 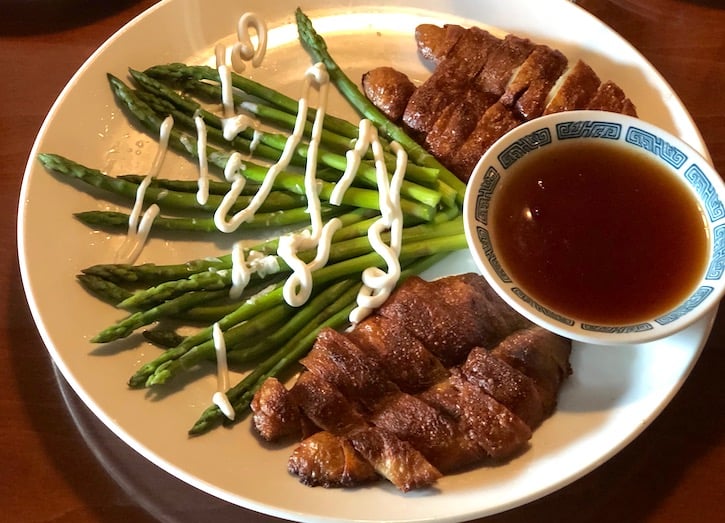 Crispy Jade Garden, dish featuring seitan and asparagus and served with vegan mayo, is shown here and at the top, in two slightly varying interpretations. 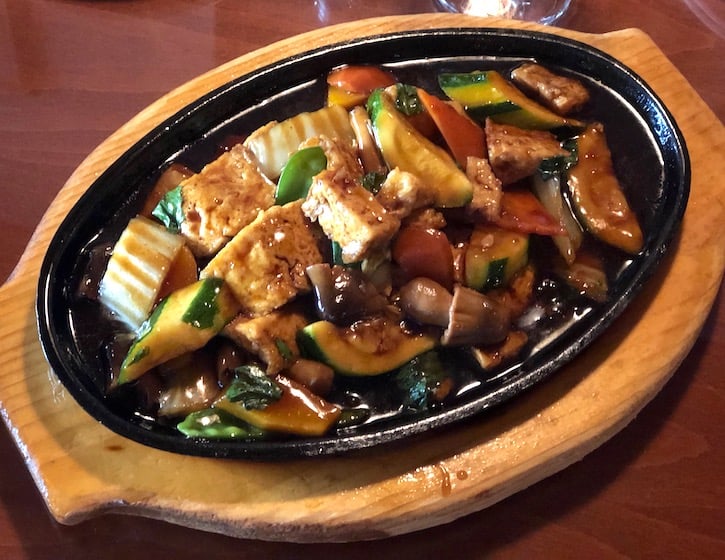 Sizzling Bean Curd Delight is one of the more traditional but still deliciously and creatively prepared dishes on the menu. I just love anything featuring tofu, aka bean curd. 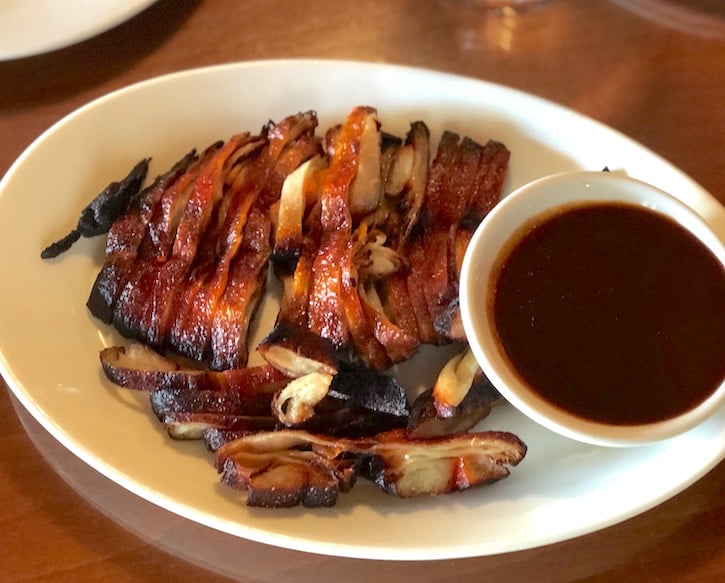 Barbecue Veggie Ribs is just one selection from the Appetizers menu, which features a generous selection of rolls, dumplings, and more.

Pure City’s food goes easy on oil, leaving you feeling sated but not stuffed. That way, you’ll have room for their delectable homemade vegan cheesecake — a sweet ending for a memorable meal. 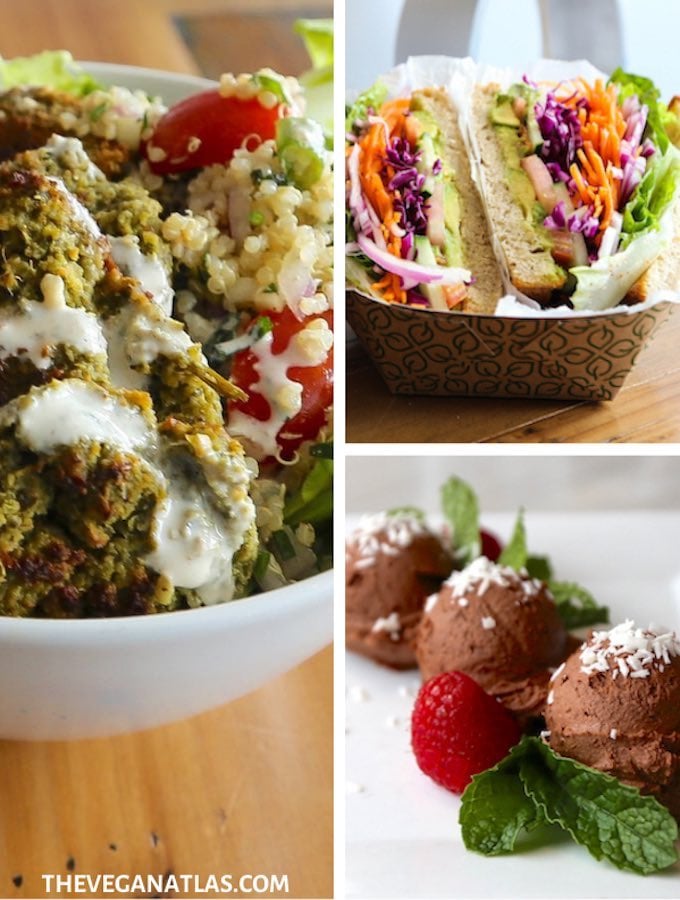