Contributed by Sunny Gandara, DWS, CWE, former wine director and portfolio consultant of Vegan Wines: who writes: In the realm of vegan wines and winemaking, we talk a lot about the fining process, because this is where animal by-products enter into wines. But why exactly do winemakers fine wine and is it really necessary? 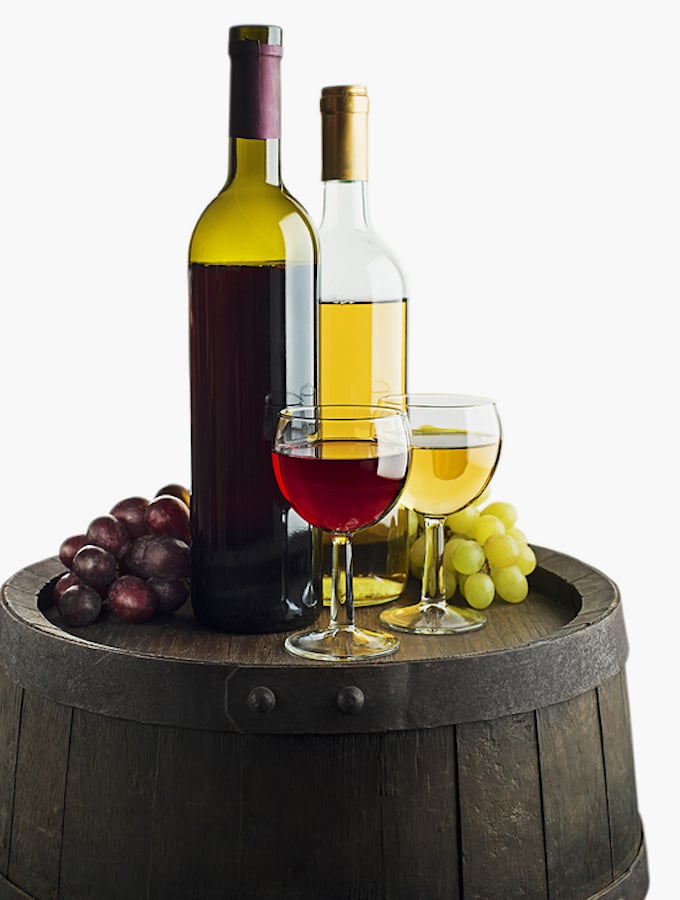 At Vegan Wines we feel that information empowers us, and instead of throwing out kitchy terms like “vegan-friendly” and “animal friendly,” we really want our readers and members to understand what goes on in the making of the drinks they are consuming.

During the conversion from grape juice to wine, and as the fermentation concludes, wine is naturally cloudy due to a mix of tiny grape skin fragments, yeast cells, proteins, tartrates, phenolics and tannins. This happens naturally during fermentation and these ingredients are not harmful in any way. 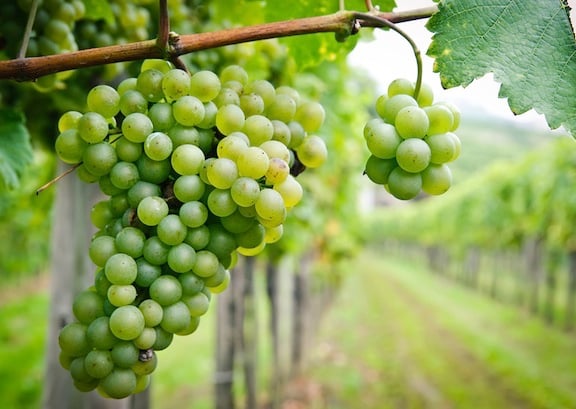 The interesting part is, that if left long enough, these particles will naturally settle to the bottom of the vessel they are stored in. However, the issue is that time is really a luxury that relatively few wineries have.

Murky wine is not regarded as aesthetically pleasing to consumers, therefore winemakers use fining agents, which speed flocculation, clarifies the wine and sometimes softens harsh tannins and phenolics where necessary.

Animal based fining agents such as egg whites (most popular for reds), fish bladders, whey and gelatin may be applied. At the conclusion of the fining process, small quantities of these fining agents, may remain in solution.

Wineries that don’t fine are, therefore considered vegan by most vegan certifications, except here at Vegan Wines (we also require that the soil and fertilizers be free of animal by products).

An interesting side fact is that in many countries, such as the EU, Australia, New Zealand and Canada, the use of any fining agent that is defined as an “allergenic substance” must be declared on the label if such a substance is above the detection limit in the finished wine.

This is the reason is why many wineries elect to opt out of the use of animal derived agents and uses only bentonite, a type of clay that is popular as a non-animal based agent. We will discuss fining agents in more detail a little later.

“Suspended” materials can be proteins, pectins, colloids (iron or copper), polyphenolic polymers and tartrate crystals. The fining agents used in the wine industry are positively or negatively charged, depending on their target particles. If the particle’s size is small enough, and if they’re electrically charged, they won’t naturally settle down by force of gravity, but remain in suspension, and the wine will look cloudy.

What’s funny is that many people in the wine industry consider clarity of the a wine a guarantee of quality or excellence and cloudiness in wine is seen as a fault. Which is ridiculous because all you need to do is pass wine through a filter and it will be clear! This is the problem when people “eat” with their eyes. 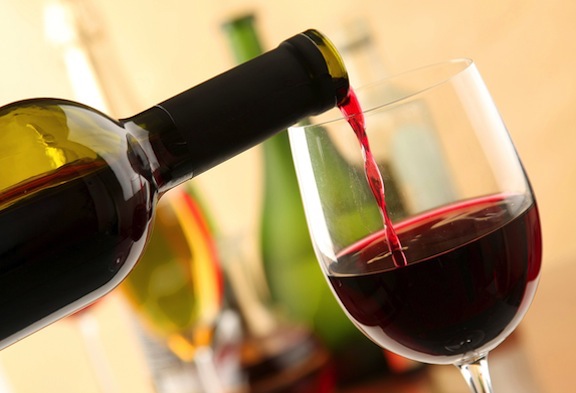 Fining can change the structure of the wine

Another effect of fining is that sometimes, the wine will go ‘dead’ in the bottle and seeming shut down. This is often because a wine has been fined, which temporarily suppresses all of its aromatics.

The grower or wine maker is essentially left with three options: time, cloudiness or intervention.

As discussed, many wineries need to make money quickly and don’t have the financial means to hold on to wine for months until it clarifies on its own, therefore they must either fine the wine or ship it out cloudy.

The risk with the latter option is that most consumers regard this as a “fault” and will not be attracted to this particular wine. We see now why wineries choose to fine, even though the wine may suffer by having their aromas, structure and flavored altered as it will be disturbed from its natural state.

Which fining agents are most commonly used?

Bentonite (vegan). Bentonite is an aluminum silicate clay whose microstructure consist of tiny thin plates with very high capacity to swell when it comes into contact with water. It’s mostly used in white wines, because in red wines the proteins tend to naturally stabilize so it’s less of a problem, The use of bentonite is mostly applied after the wine has been cleared from the yeast sediment (first or second racking).

Some winemakers add bentonite to the must before fermentation to help clarify the wine faster,  although that might cause some fermentation problems due to the lack of nitrogen nutrients removed by the fining.

Using an excess of bentonite removes color and aroma and may leave some off-odors. Bentonite usually works well but it leaves a large fluffy lees, and you can lose a lot of wine by using this method.

Activated carbon.  This fining agent is used to reduce color intensity and to remove bad odors from wine. In white wine, it reduces the oxidized brown or yellow color or the pink color in ‘blanc de noir’ wine. Its activity is based mainly on absorption. Excessive amounts of activated carbon may cause off odors.

Due to its absorption capability, carbon will also absorb aroma and flavor component, reducing the concentration in the wine, and hence should be used only if no other means is possible to fix the problem .

Gelatin.  This is used to reduce tannin levels in whites or red wines. In whites, it may also reduce the bitter after taste and may lower the astringency of young and overly tannic wine.  Over-fining may occur when the gelatin doesn’t completely coagulate from the wine, due to lack of tannin.

When over-fined, the wine has a potential protein cloudiness. There now is vegetarian gelatin available that winemakers are experimenting with, although the jury is still out on how effective this is.

Egg whites.  This is considered one of the best fining agents for red wines. Its purpose is to soften the wine’s astringency and to mellow its feeling with no after effects. The best timing for applying it is when the wine is at the barrel aging period.

Quantities used is typically 1-3 egg whites per a 60 gallon barrel, although some use 1 egg white per 10 gallons of wine.  There is both a cost and allergen issue with using this method, but a lot of classic old houses in Bordeaux, Burgundy and Rioja, for examples, still use egg whites.

PVPP – short for polyvinylpolypyrrolidone, this is a synthetic polyamide polymer which is insoluble in water and doesn’t leave an off flavor in the wine. It has a high affinity for chemical bonding with polyphenols than the proteins present in wine have, but should be noted, that it’s a chemical stabilizer.

There’s also now pea and potato protein, that is increasingly popular to use as fining agents and some success have been reported with pea protein in particular. Silica and kaolin (another type of clay) are other forms of animal friendly agents, and has also been used but considered less effective.

Conclusion: Leaving the wines unfined is preferable. It’s worth noting that 95% of wine typically falls clear on their own if the winemaker has the time and the financial  ability to wait for this to occur naturally. 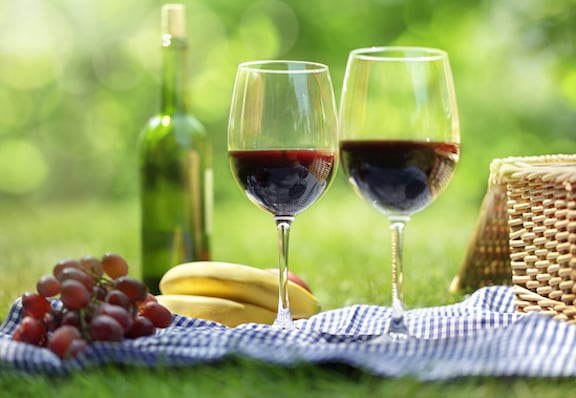 Cox, Jeff. From Vines to Wines; The Complete Guide to Growing Grapes and Making Your Own Wine. Storey Publishing. 1999.