Kasha with mushrooms is a simple way to present buckwheat groats. Though this may not set off fireworks, it’s a dish that’s easy, comforting, and a good way to present an offbeat grain-like food. 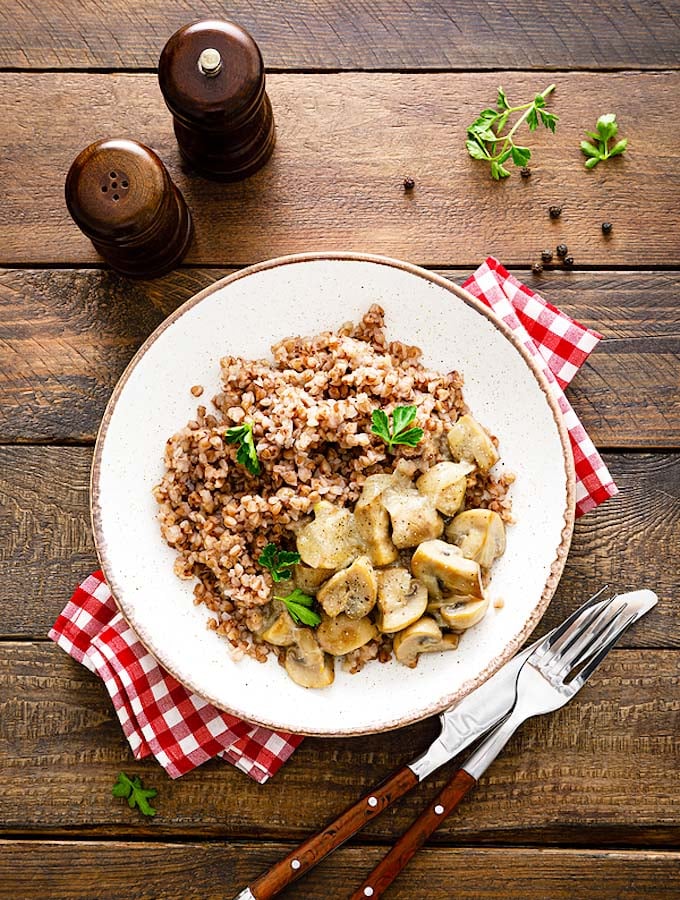 Toasty brown buckwheat groats may either be passionately disliked for their strong, distinct flavor and aroma or greatly savored for the same reasons.

An oddity among grain-like foods, buckwheat isn’t a cereal grain in the botanical sense, but a beautiful pink-flowered plant related to rhubarb. The soft, pyramid-shaped seeds, when hulled and cracked, are known as buckwheat groats. 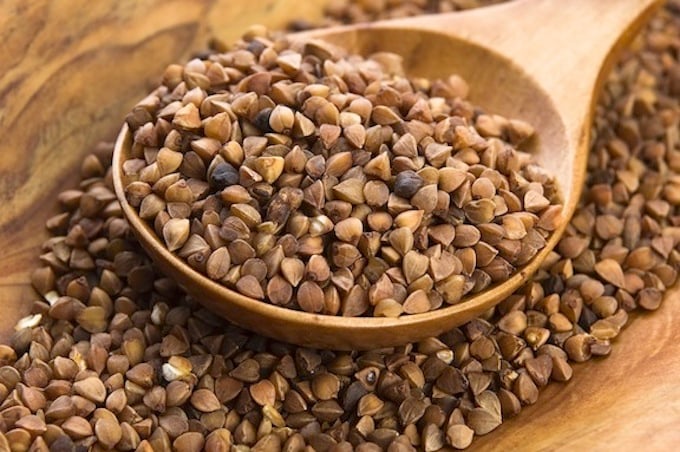 Complete the meal: Serve with a simple tossed salad of lettuce, tomato, cucumber, bell pepper, and olives. Toss in some chickpeas or other beans for extra protein. The flavor of a tahini-based salad dressing is a nice foil to the mild kasha dish. Try this Tahini-Parsley Salad Dressing — it’s a nice way to use up a bunch of parsley! For a larger (and greener) meal, add some steamed broccoli or green beans.

All this being said, if you’re not a kasha can, try this with bulgur (cracked wheat), a grain food that resembles kasha somewhat, but with a milder flavor.

Combine 1 cup uncooked bulgur with 2 cups boiling vegetable broth (or water and 2 vegetable bouillon cubes) in a heatproof bowl; let stand for 30 minutes, then stir to distribute the dissolved cubes. Or, to cook the grain more quickly, combine 1 cup uncooked bulgur with 2 cups vegetable broth (or water with 2 bouillon cubes) in a saucepan. Bring to a slow boil, then reduce the heat, cover, and simmer for about 15 minutes or until the water is absorbed. 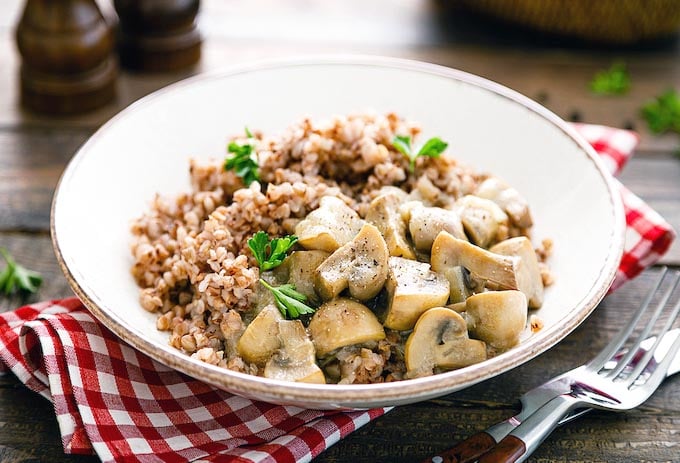 Variation: See the notes on swapping in bulgur for the kasha before the recipe box.

If you like this mushroom-and-grain dish, you may also enjoy …

Mushroom-Barley Pilaf with Peas and Carrots

Previous Post: « 18 delectable oatmeal desserts and breakfast treats
Next Post: A Guide to Oats — Varieties, Tips, & Lots of Ways to Use » 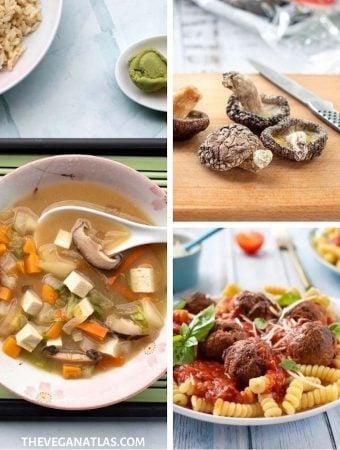