This traditional Japanese-style cucumber and kombu salad is a type of sunumono — vinegary cold dishes that add savor to the plate. Kombu is one of the most widely used sea vegetables in Japanese cuisine, surpassed only by nori. 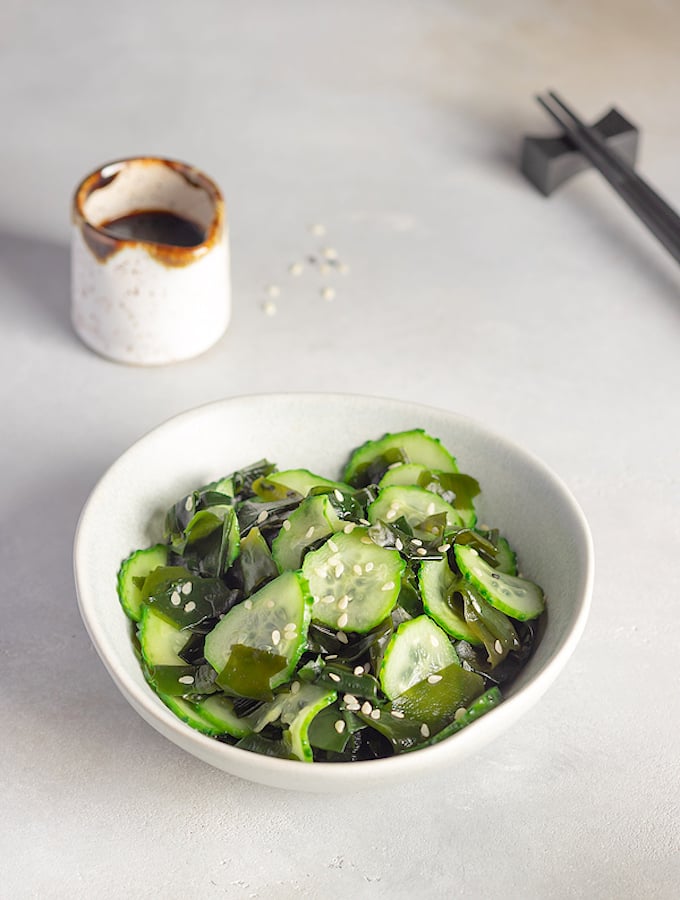 Sunomono preparations can impart a range of vinegary, salty flavors, from mild to quite tart. This salad is on the mild side, though you can always ramp up the vinegar and salt to your taste.

Look for kombu in natural foods stores and online sources. The original Japanese dish is often made with kyuri, or Japanese cucumber, but since this vegetable isn’t readily available in Western markets, a firm, crisp English cucumber is a good stand-in. 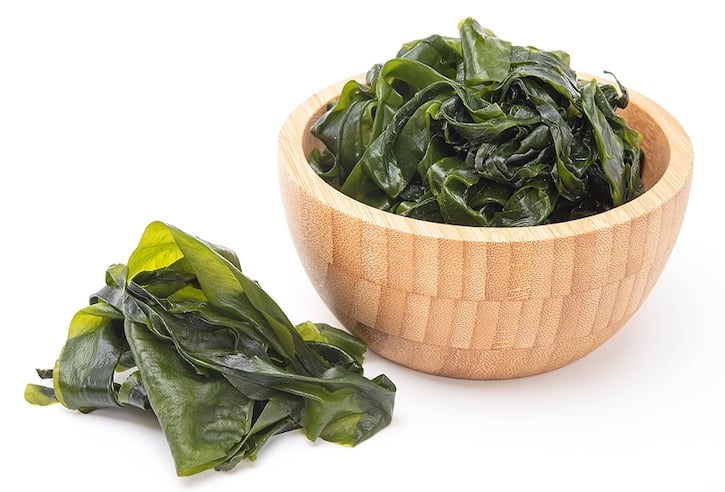 For the most part kombu — a dark-green, long-leafed sea vegetable — is harvested from the Hokkaido area of the Sea of Japan. With its mild flavor, is a good choice for those who aren’t fond of strong sea flavors.

Like other sea vegetables, kombu is rich in minerals, notably calcium, phosphorus, and iron. It also contains an array of trace minerals. including iodine and selenium, and moderate amounts of several B vitamins and vitamin C. 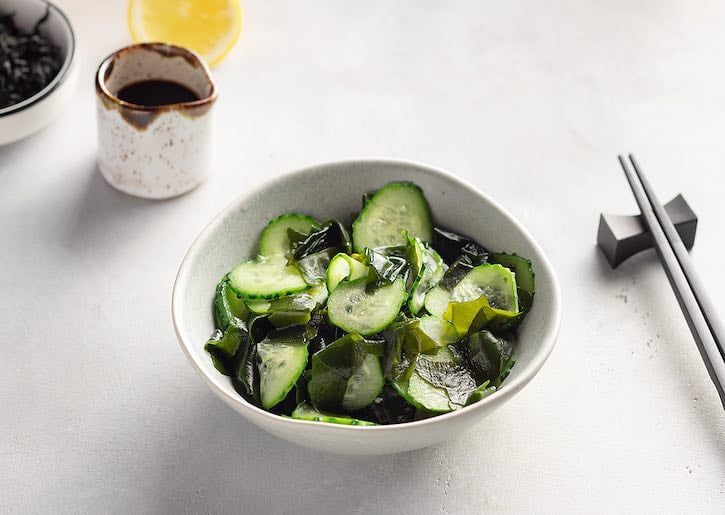 Variation: Substitute an equivalent amount of wakame in place of the kombu. Reconstitute according to package directions. 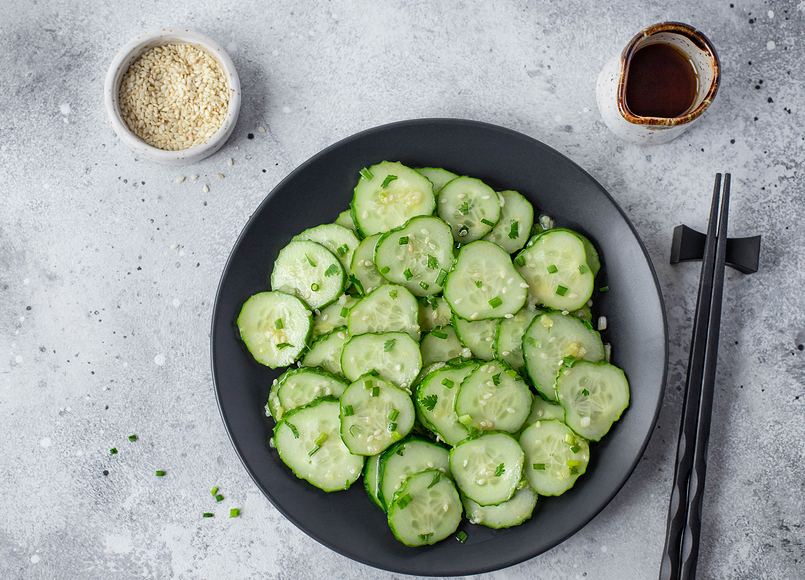