What sets Chicago hot dogs apart from the pack is the verdant array of fresh toppings wedged into every poppyseed bun. It’s so simple to make vegan Chicago style hot dogs — simply swap in vegan dogs that are available almost anywhere. And remember, no ketchup allowed! 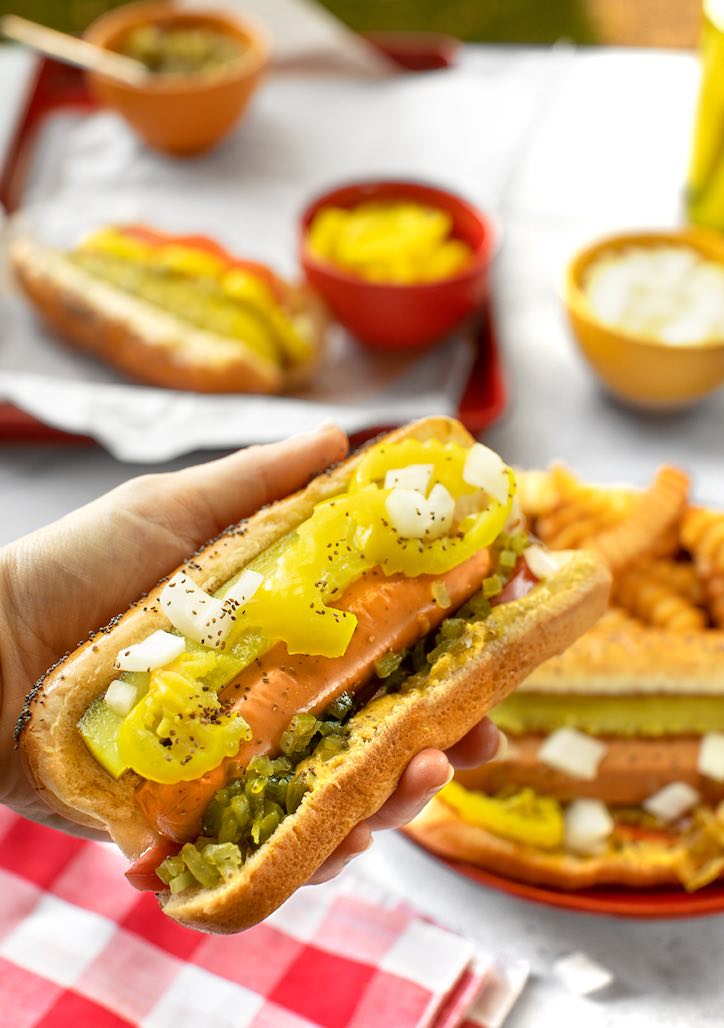 Chicago, The Windy City, is home to many culinary innovations that have become inextricably woven into American food culture. The Chicago hot dog has the most street cred —literally. Humble push carts made them some of the first street foods to take the nation by storm.

What’s The History of the Chicago Hot Dog?

The Chicago Dog, otherwise known as the Chicago Red Hot, began life as an import via German immigrants. These Frankfurter sausages were simultaneously infiltrating the streets of NYC in the late 19th century.

It really took off as an indispensable staple around the Great Depression when you could easily get two or three servings for just a few cents.

What Exactly Is a Chicago Hot Dog?

“Dragged through the garden” describes the abundance of vegetables quite well, and much more poetically than sampling asking for “everything on it.”

Preparation is kept simple due to the natural constraints of cooking on a street cart. Traditionally, the hot dogs are boiled or steamed for a plump, juicy bite, although more modern stands char or grill them for more texture.

The buns are also steamed for a warm, pliable shell that contrasts with the cool, crisp veggie accompaniments. 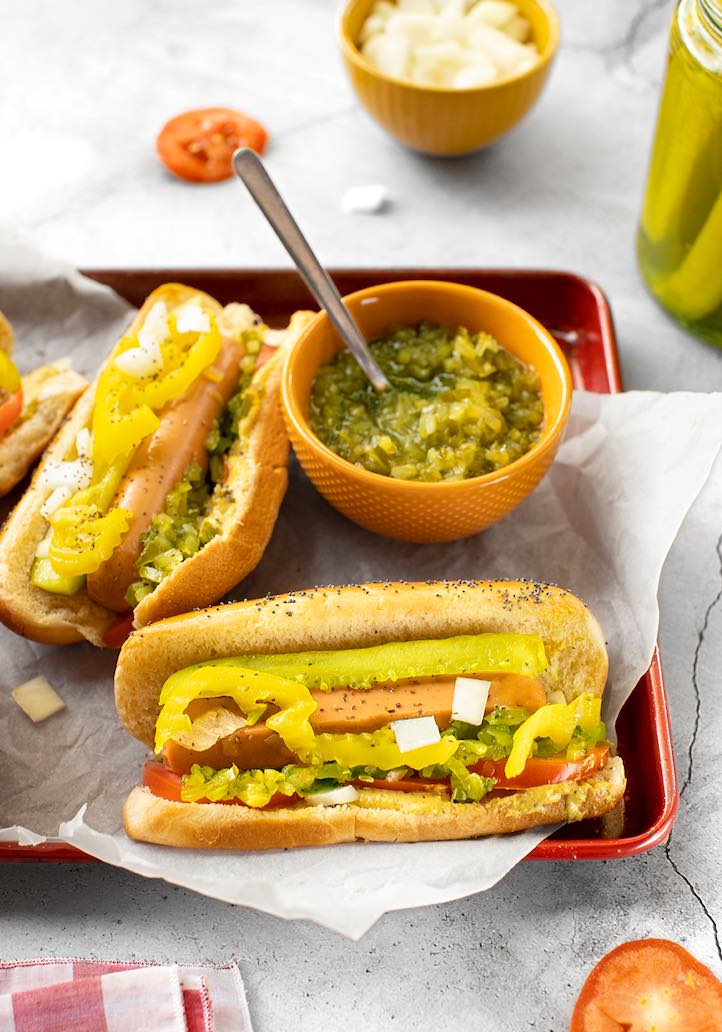 Meat alternatives have never been so accessible nor plentiful. Nearly every mainstream supermarket will have at least one plant-based option, and specialty groceries could stock upwards of a half dozen! Check nearby the tofu for refrigerated vegan hot dog brands such as:

In a pinch, any plant-based sausage will do, but most of these options are larger and more highly seasoned than genuine hot dogs.

Or, make your own vegan hot dogs!

For a fully customized, DIY approach, it’s fun (and easy) to make your own meatless hot dogs from scratch, too!

Proving that they were the original fast food, Chicago has more hot dog stands than McDonald’s, Burger King, and Wendy’s locations combined.

The only condiment that is taboo to ask for on a Chicago dog is ketchup. Some establishments may even throw you out for making such a request!

The “Chicago Dogs” are also a professional baseball team based in Rosemont, Illinois, founded in 2018.

The world record for the longest Chicago dog was set by Conan O’Brien on Jun 14, 2012, live on his TBS show. It was 40 feet long and contained 3 pounds of pickle spears, 1 pound of sport peppers, 2 pounds of relish, 4 pounds of tomatoes, 4 pounds of onions, 2 pounds of mustard, and 1/8th of a pound of celery salt. 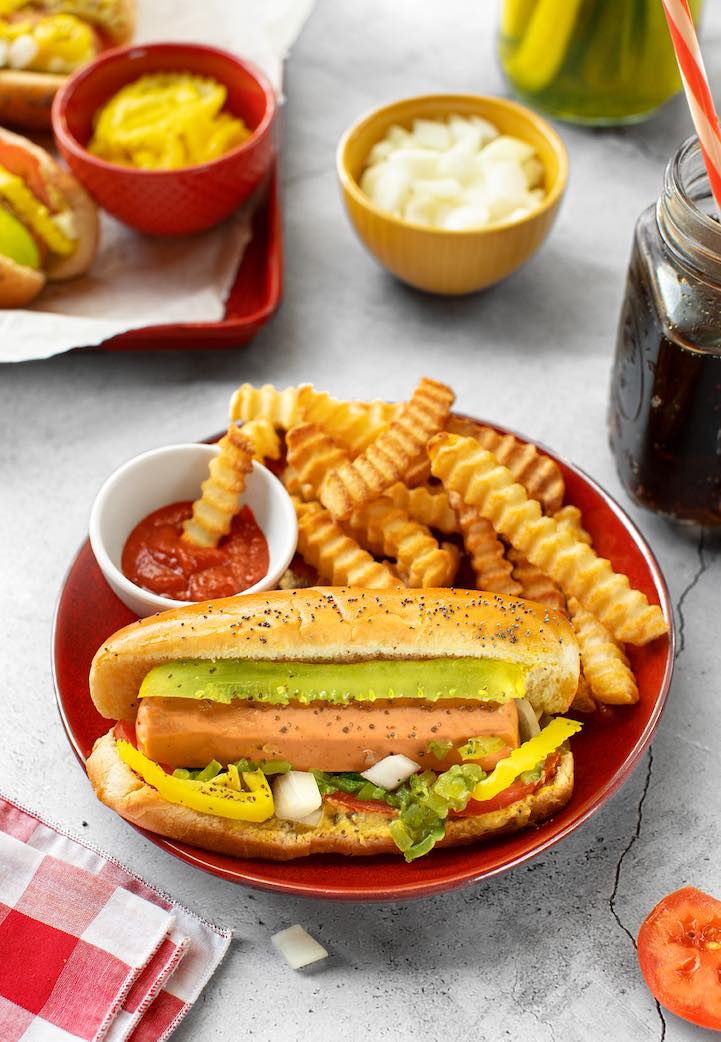 Here are the simple steps. This is one of those concoctions that you can simply eyeball, no exact recipe needed:

Some Variations on the Chicago Style Hot Dog

Naturally, no two Chicago hot dogs need to be exactly alike, leaving plenty of room for creative interpretation. A few classic twists you might see include:

Previous Post: « Potatoes with Fenugreek (Methi Batākā Nu Shāk)
Next Post: 5 Asian Herbs to Grow at Home (with tips for a successful harvest) »