Japanese-style traditional miso soup is one of the easiest and quickest bowlfuls you can make. A good reason to prepare it at home is to make it vegan — without the bonito fish flakes used in miso soup served by many Japanese eateries. 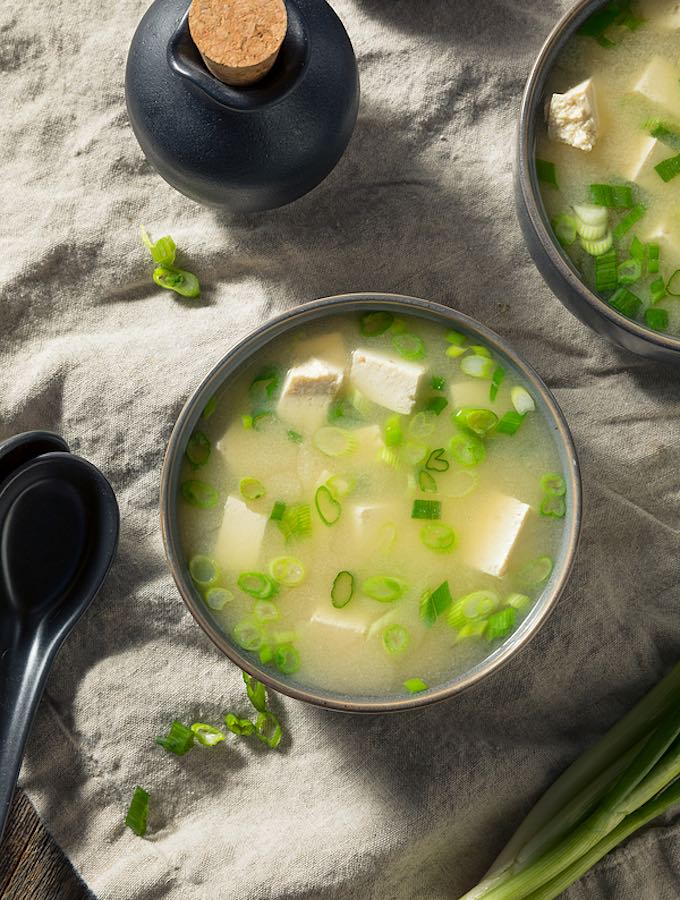 You heard that right — the miso soup served in Japanese restaurants is often made with bonito, aka fish flakes. Not always, but more often than not, so if you’re tempted when you go out, be sure to ask.

Like many other Asian-style soups, this one is best eaten as soon as it’s made. There’s no benefit to long simmering or being refrigerated overnight.

Miso is a nutritious, high-protein fermented paste made from soybeans and salt (or a combination of soybeans, grains, and salt).

Available in natural food stores and Asian groceries (as is the sea vegetable kombu, another traditional ingredient in this soup. Learn more in this site’s Guide to Kombu and Kelp), pungent-tasting miso is most commonly used to make simple broth preparations like this simple, traditional soup. It can also be used to make bold-flavored sauces and dressings. 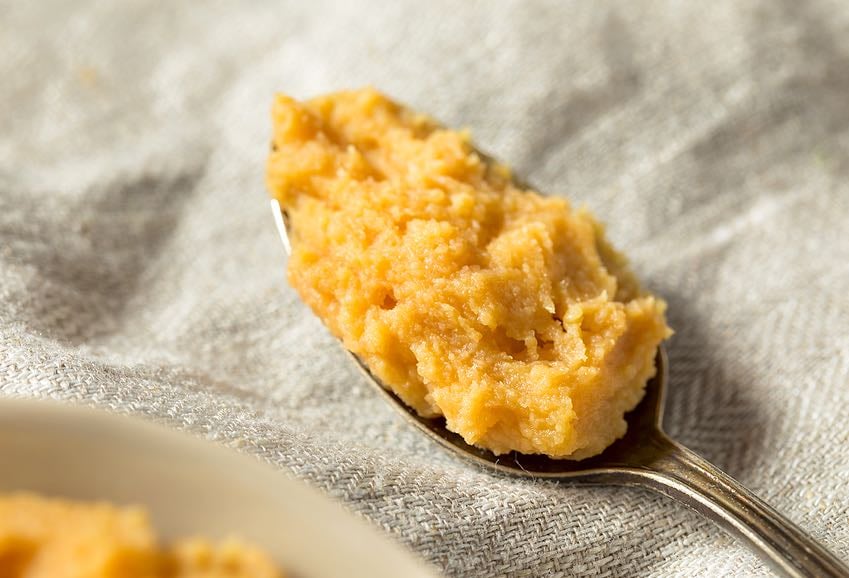 Miso comes in several varieties; these are the most common: Soybean (hatcho) miso is the most intense; barley (mugi) miso falls somewhere in the middle between hatcho and shiro in terms of intensity. Shiro miso is a variety of mild, yellowish miso sometimes labeled “mellow white miso.”

Which variety of miso to choose is entirely up to you and your palate. Because they’re aged and fermented, miso and  tempeh are considered the two healthiest and most digestible forms in which to enjoy soy foods.

Note that once the miso is stirred into water, it should not be boiled. Otherwise, its beneficial enzymes will be destroyed. 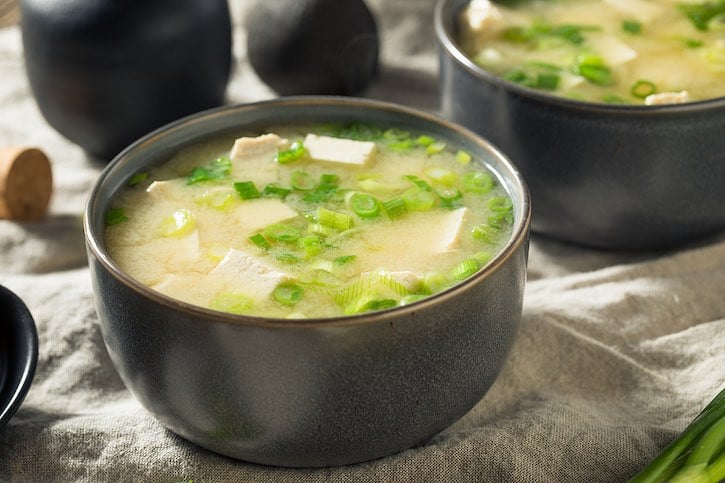 Miso soup with noodles: Cook about 4 ounces of Asian noodles (like soba or ramen) separately, according to package directions, until al dente. Drain and add to the finished soup.

Miso soup with daikon or turnip: Add about 1 cup of grated or matchstick-cut daikon radish or turnip while reheating the soup before serving.

Ginger: While not a traditional ingredient of basic miso soup, ginger adds a gentle touch of heat to the broth. 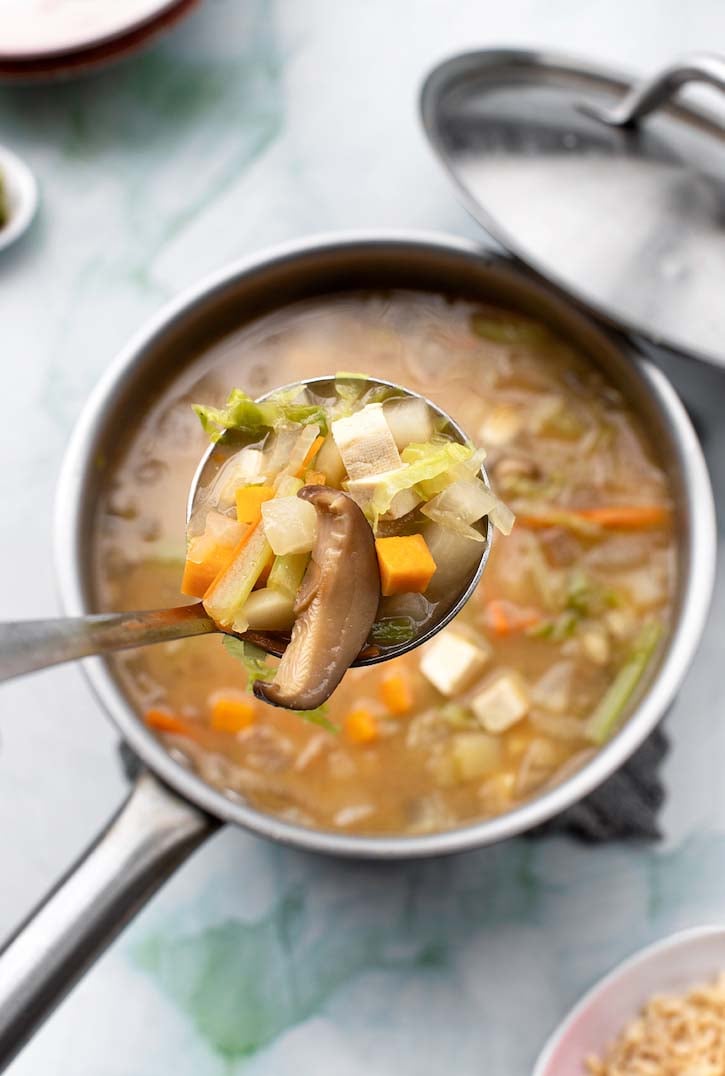 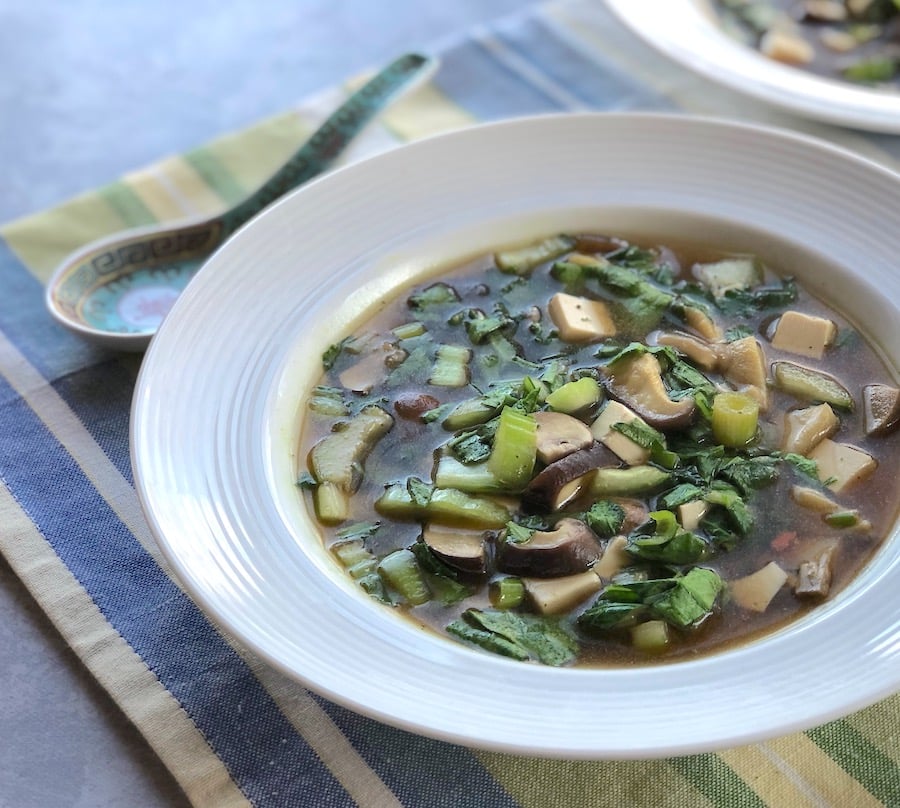 Previous Post: « A Guide to Kombu and Kelp, a Pair of Related Sea Vegetables
Next Post: Spring Grain Bowls with Edamame, Bok Choy, and Oranges »