Miso eggplant, or nasu dengaku, is a popular Japanese dish. It’s an appetizer on the menu at Japanese restaurants everywhere, but this miso glazed eggplant recipe easy to make at home. It makes a delicious first course. 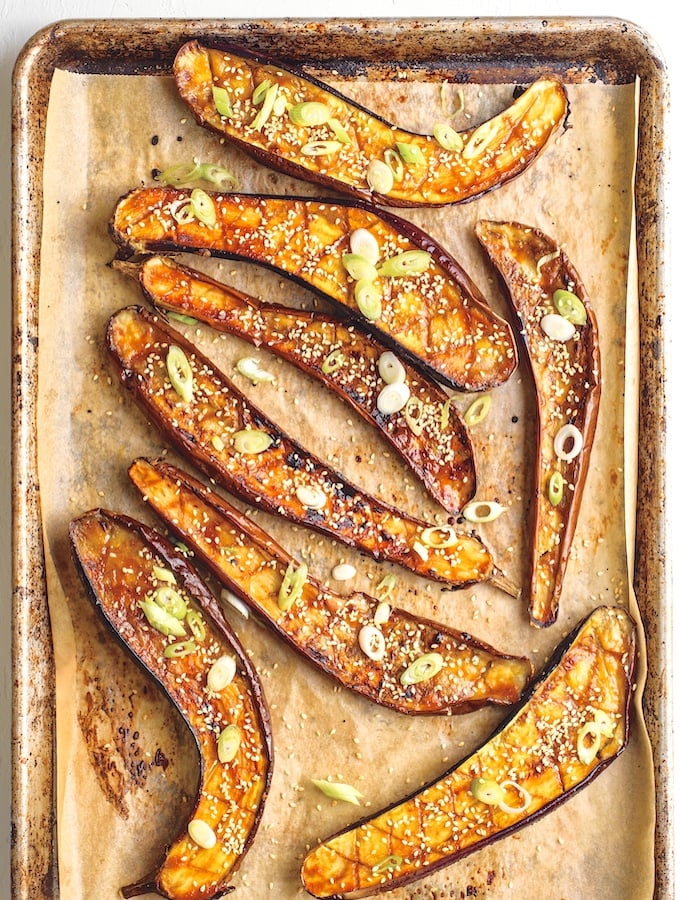 First, the eggplant is roasted, so the flesh softens up, then it’s broiled so the miso caramelizes into a sticky, sweet, and salty glaze. It’s so good, you might just skip dinner.

Lisa Dawn Angerame’s The Vegan ABCs Cookbook is a compact and clever guide to the most beloved ingredients used in plant-based cooking. If you’re just getting acquainted with all the delicious ways you can use aquafaba, dates, flaxseeds, jackfruit, kale, miso, nutritional yeast, umeboshi, and more, literally arranged from A to Z, you’ll find this an indispensable companion in the kitchen. Learn more about this book following the recipe box.

Salty and pungent, miso is a paste made of fermented soybeans. It adds a robust flavor to soups and sauces. Natural foods stores are more likely to carry it than supermarkets.

Note that once miso is added to soup or any other preparation, it shouldn’t be boiled, or else its beneficial enzymes will be destroyed.

Miso comes in several varieties, of which these are the basics: pure soybean; soybean with barley; and soybean with rice.

Soybean (hatcho) miso is the most intense; rice varieties, of which there are several, are the mildest; and barley (mugi)  miso falls somewhere in the middle. Shiro miso is a variety of mild, yellowish miso sometimes labeled “mellow white miso.”

Which to choose is entirely up to you and your palate. Because they’re aged and fermented, miso and  tempeh are considered the two healthiest and most digestible forms in which to enjoy soy foods. See more in our Guide to Miso. 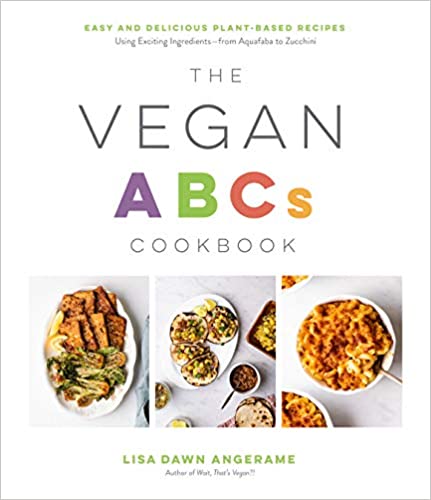 The Vegan ABCs Cookbook is available wherever books are sold

Lisa Dawn Angerame is the author of Wait, That’s Vegan?! and the founder of the blog Lisa’s Project: Vegan. She holds a certificate in Plant- Based Nutrition from eCornell and earned the title of Certified Plant-Based Professional from Rouxbe Online Culinary School. Lisa lives with her family in New York City. Visit her at Lisa’s Project: Vegan.

More about The Vegan ABCs Cookbook

There’s no need to rely on sad pasta dishes or boring salads to stick to your diet―Wait, That’s Vegan?! author Lisa Dawn Angerame guides you through 26 of the most important ingredients in vegan cooking so you can reach your full potential in the kitchen. You’ll start with aquafaba, beets and coconut milk and make your way to XO sauce, yogurt and zucchini with these simple yet flavorful recipes.

With this book, there’s no need to feel intimidated, as Lisa devotes each chapter to a different vegan staple, giving you the chance to familiarize yourself with each one. Never again puzzle over the difference between flaxseed and aquafaba as egg substitutes or between portobello and jackfruit as meat substitutes, because this book has you covered.

Whether you’re new to vegan cooking or looking to deepen your understanding of plant-based ingredients, this book is an invaluable guide for anyone who wants to make amazing and nutritious vegan meals.

See more on this site by Lisa Dawn Angerame … 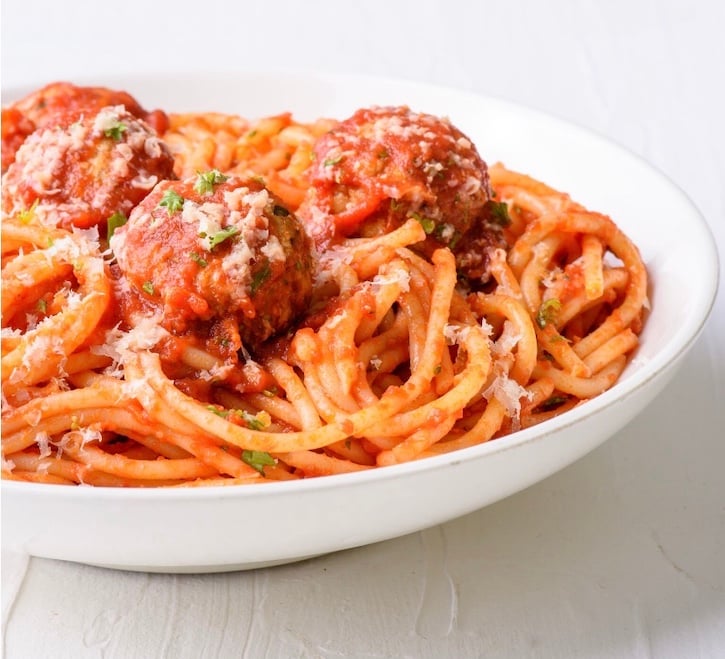