This homemade seitan recipe using gluten flour provides an easy and economical route to a great DIY plant-based protein. Be sure to see the step-by-step in this post on how to make seitan. You’ll also find a link to a roundup of delicious vegan recipes for using it. 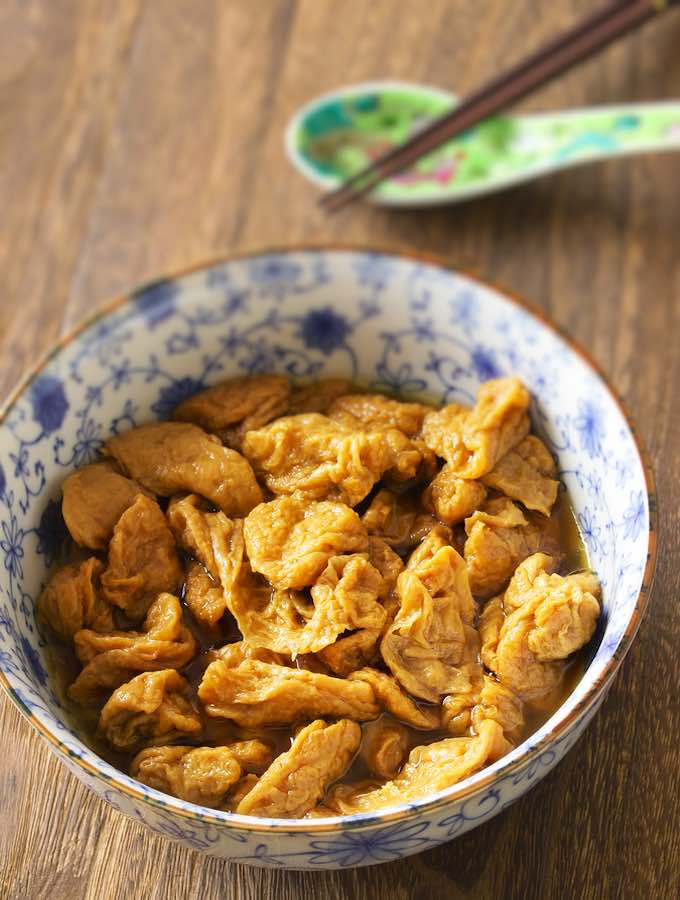 Store-bought seitan can be quite good, or it can be shoe-leather tough, to use a non-vegan metaphor. And while it’s not ridiculously pricey, it isn’t as much of a protein bargain as beans, or even tofu. That changes when you make it at home.

I’ve been tweaking this simple formula for years, and though you’ll find a number of variations in books and around the web (incorporating chickpea flour, nut flours, flavorings, beans, etc.), it’s good to nail this basic recipe first, to get the feel of how to make seitan. Then, by all means, experiment as much as you’d like.

A traditional Asian food long used as a meat substitute: You may have had seitan in dishes like Buddhist’s Delight or Mongolian “Beef” in Chinese restaurants.

Protein dense and pleasantly chewy: This product of cooked wheat gluten is one of the most protein-dense plant foods available. Of course, seitan isn’t for anyone with gluten intolerance or sensitivity or who is celiac. Steer clear!

Here’s my little secret: I believe that adding a mere teaspoon of baking powder to the dry mix makes all the difference when it comes to the texture. If I ever forget to add it, boom! It’s back to shoe leather toughness. So I make sure not to forget any more.

Nutrition info: It’s tricky to analyze homemade seitan, but see this helpful article for an overview of average nutrition facts.

Seitan’s meaty texture lends itself to many preparations. It’s great as a substitute for beef chunks in stews, stir-fries, fajitas, and kebabs. It’s fantastic on the grill, too, with traditional barbecue sauce.

Homemade seitan doesn’t require much effort. You just need a little patience for the few hands-on steps, resting time, and cooking. If you follow the steps outlined, this homemade seitan recipe can yield a more tender and flavorful result than the store-bought variety.

It freezes well: When I make this, I often freeze half after it has been cooked and cooled (in an airtight container with some of the broth). 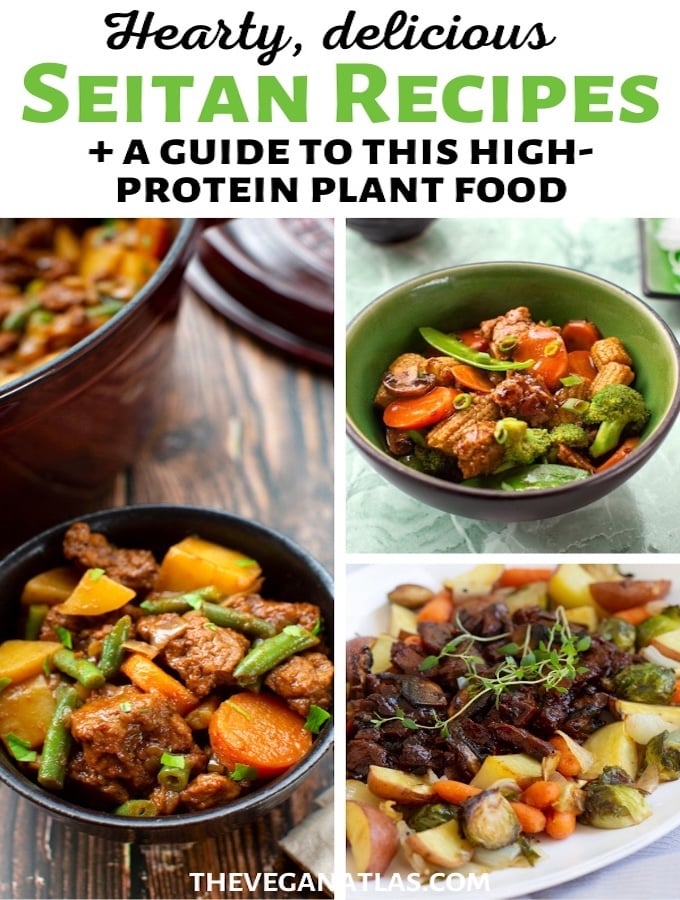 For a visual view of the process, make sure to see the photos following, prior to the recipe box. They’re not exactly pretty, but might be helpful for your first couple of attempts.

Gluten flour, baking powder, and optional nutritional yeast go into one bowl; a specific amount of water plus soy sauce or Bragg Liquid Aminos go into another. No, this isn’t a commercial for Bragg products, though they are good!

Once the wet and dry mixtures are combined, they’re kneaded for 2 to 3 minutes and allowed to rest for 15 minutes. 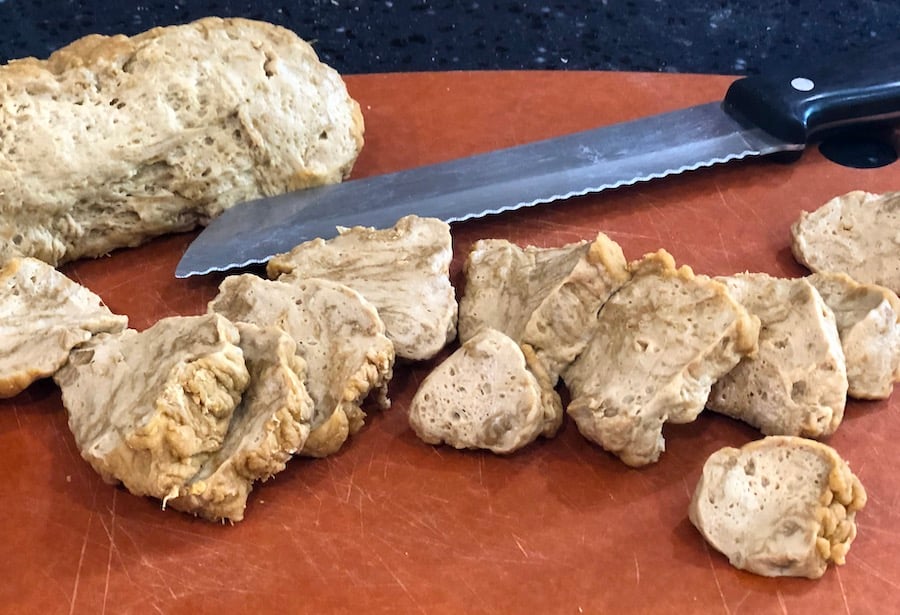 I like to divide the dough into two parts and stretch into two mini-loaf shapes. It’s not easy to shape and cut this springy dough, so use your muscles and a sharp knife to form, then slice into 1/2-inch-thick (at most) segments. Using kitchen shears works even better! Don’t make the pieces too large, and don’t worry about the shapes too much, it will come out well even if the pieces are irregular. 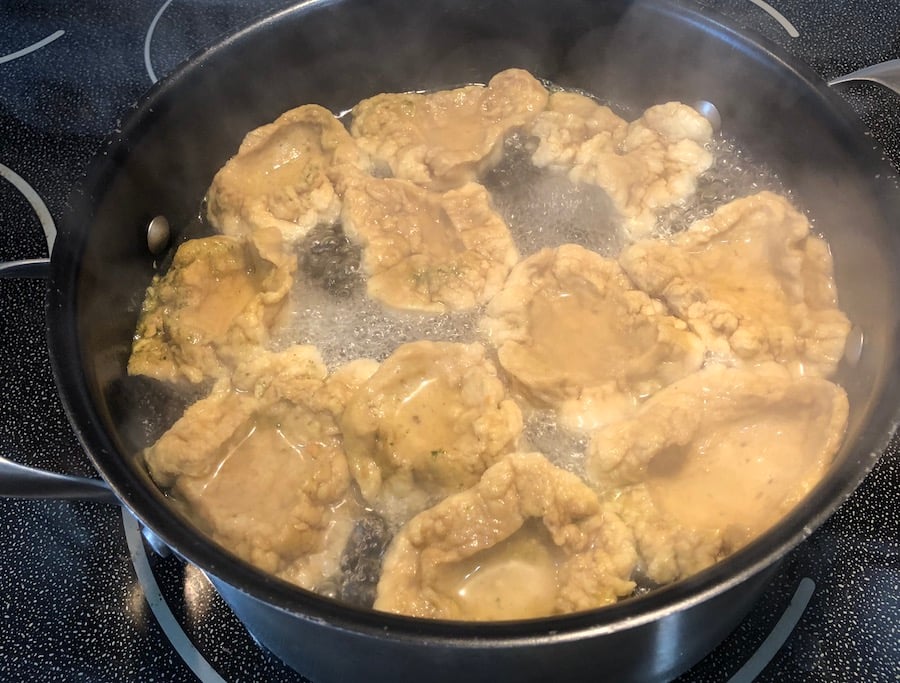 In the meantime, a soup pot is filled with water, which is flavored with vegetable bouillon, more soy sauce or Bragg, and ginger, then brought to a slow boil. The slices of dough are gently dropped in one by one. 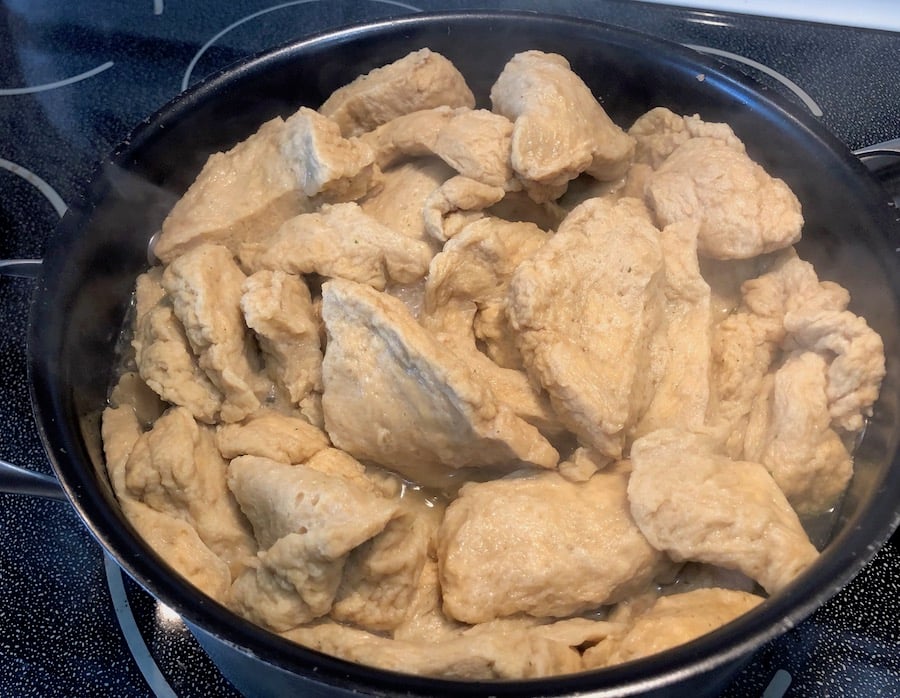 The dough piece puff up like crazy at first. Use a cooking spoon to push down into the water; they’ll settle down after a while. The dough, which we can now call seitan, is cooked for 30 minutes. Don’t drain the broth; you can use it for other purposes (like as a soup starter) and to moisten the seitan when you store it in the fridge or freezer. 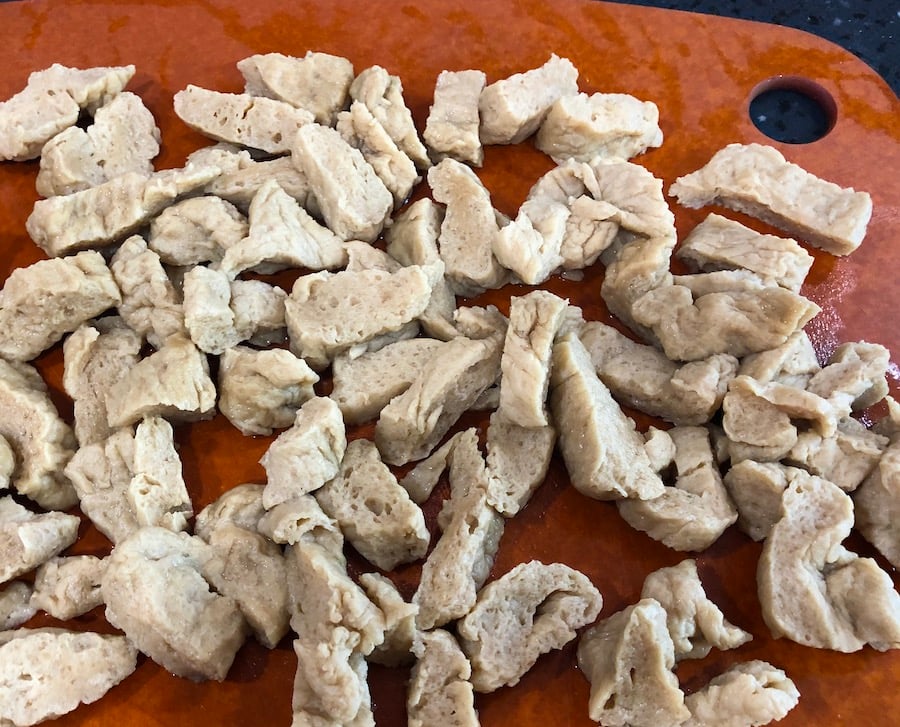 Scoop the seitan out of the liquid and cut into strips when cool enough to handle, to use in recipe. You can freeze half of the batch, since this recipe makes a generous amount. 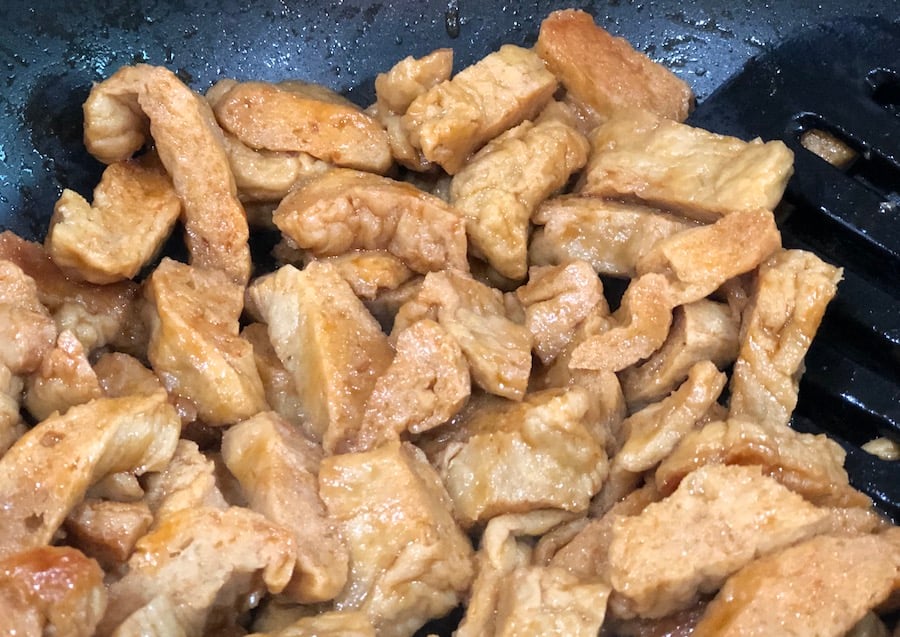 Squeeze as much of the liquid out as you can before starting to cook. Here, I’ve started to amp up the flavor by cooking the seitan strips in a little oil and teriyaki sauce. 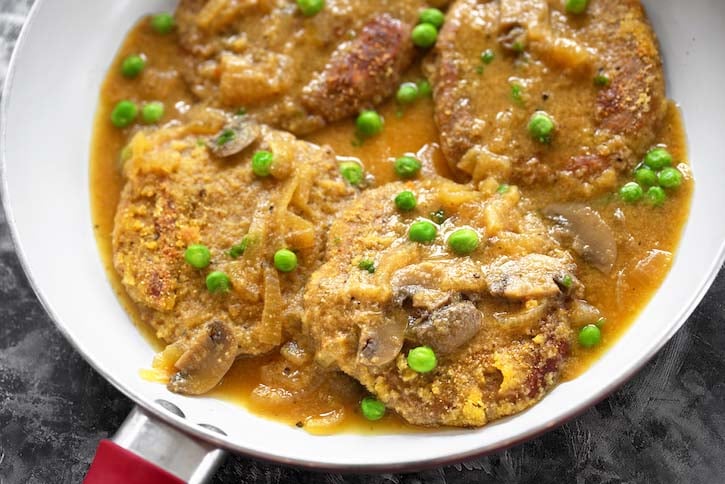 You may also enjoy this recipe for Easy Homemade “Chicken” Seitan.

Transfer whatever portion of seitan you won’t be using right away to a container, then pour in enough stock to cover. Use within a few days or freeze. Seitan freezes very well, thaw out on the counter or in the refrigerator before using.

Save any of the tasty stock that remains to use in soups, stews, and gravies.

Sample seitan recipes on this site 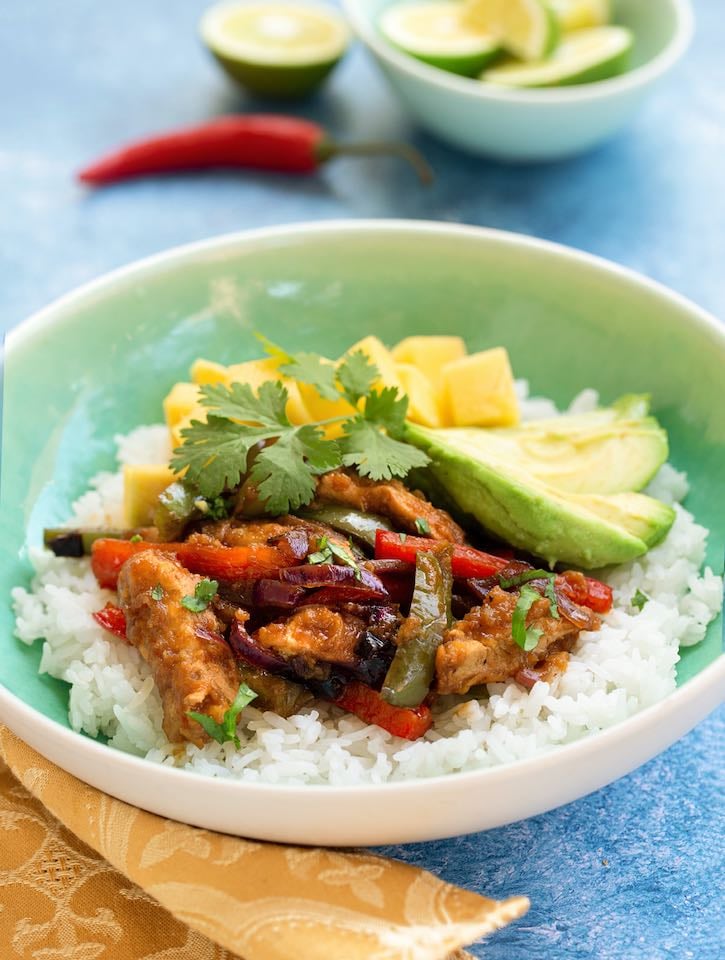 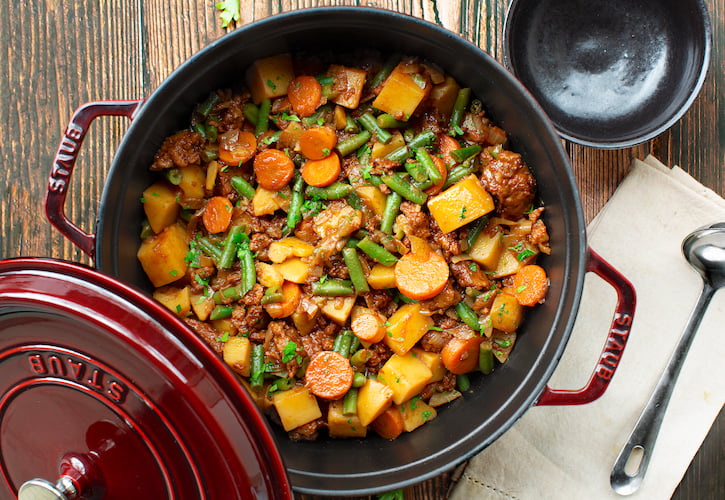 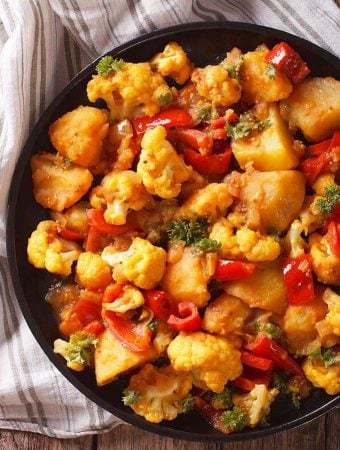 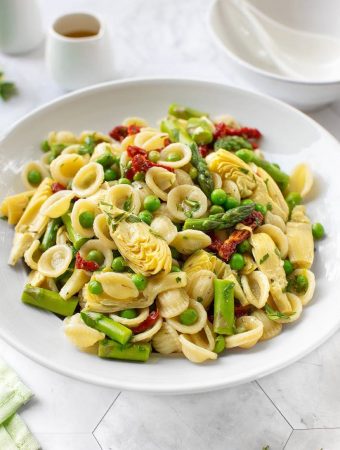