Here’s a fruity, nutty homemade cranberry-pecan granola that keeps you full and satisfied all morning, and that can be enjoyed as an anytime snack. 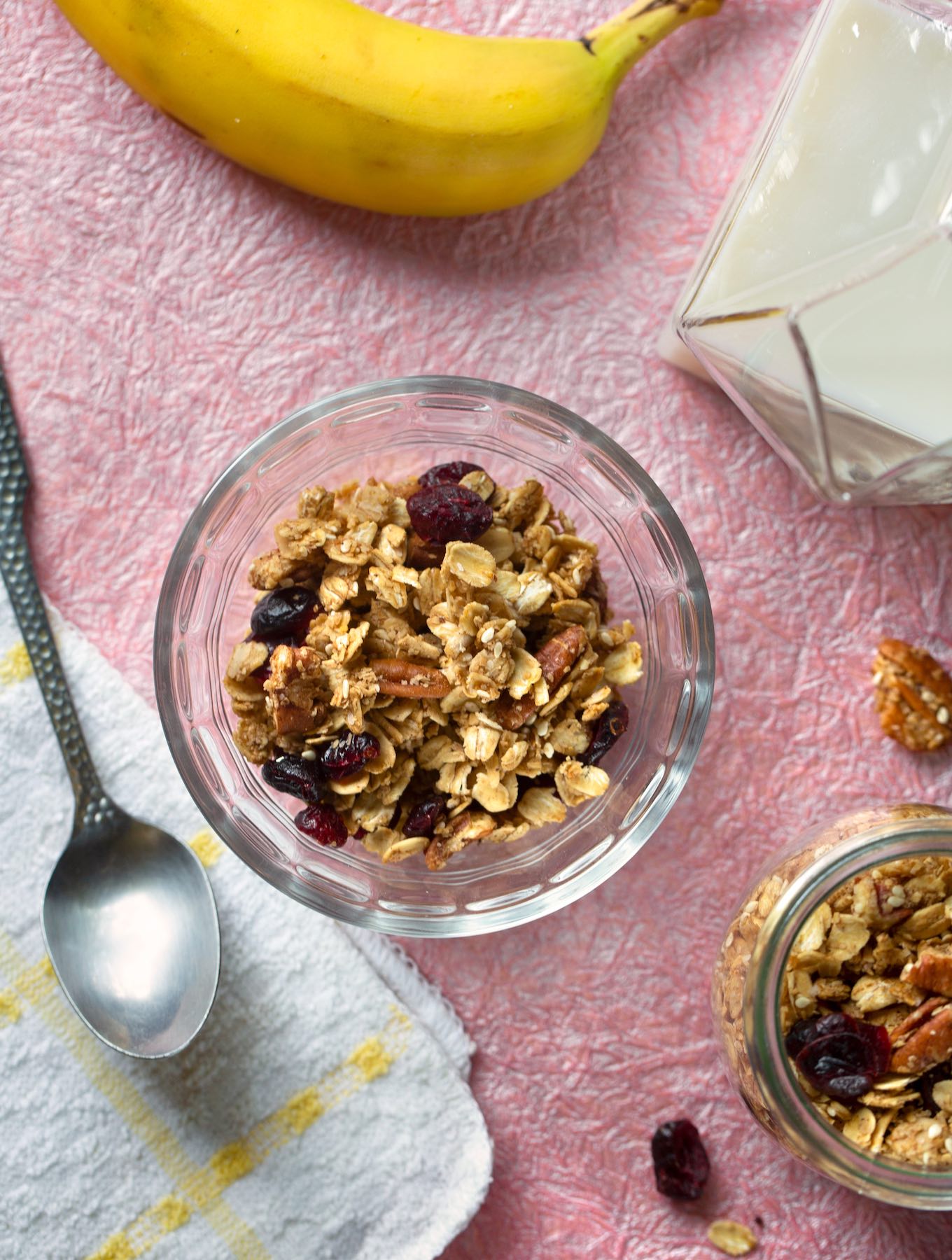 To my mind, store-bought granola is a pale imitation of the homemade version. It take minutes to mix, a short time to bake, and taste fresher than those bought in bulk or in boxes.

Though this recipe calls for pecans and dried cranberries, feel free to use it as a template and swap in walnuts, raisins (or other dried fruits, chopped). Serve for breakfast with plant-based milk; add some sliced banana or other fresh fruit if you’d like.

Fresh granola is also good incorporated into baked goods, used as a topping for vegan ice cream and parfaits, or just eaten out of hand as a snack.

Recipe adapted from The Vegetarian Family Cookbook by Nava Atlas. Photos of granola by Hannah Kaminsky.

A bit about pecans

If there’s such a thing as an all-American nut, then pecans surely fit that definition. Native to the American South, pecans grow on a tall tree that’s a species of hickory.

Oil-rich pecans are susceptible to rancidity, so especially if you buy in bulk, make sure to choose a source that has good turnover. Store in the refrigerator during the warmer months. Pecans are 70 percent fat, second only to macadamia nuts. 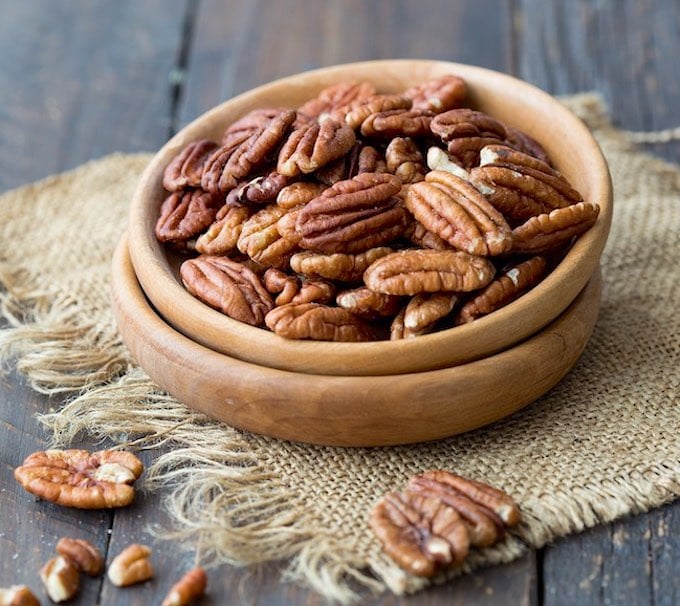 Pecans are a good source of potassium and certain B vitamins, and their vitamin A content is appreciable compared with other nuts.

Pecans aren’t the most economical nut around, so walnuts, with which they can be used interchangeably, are often called for as a substitute. See lots more about pecans and how to use them in this site’s Guide to Pecans. 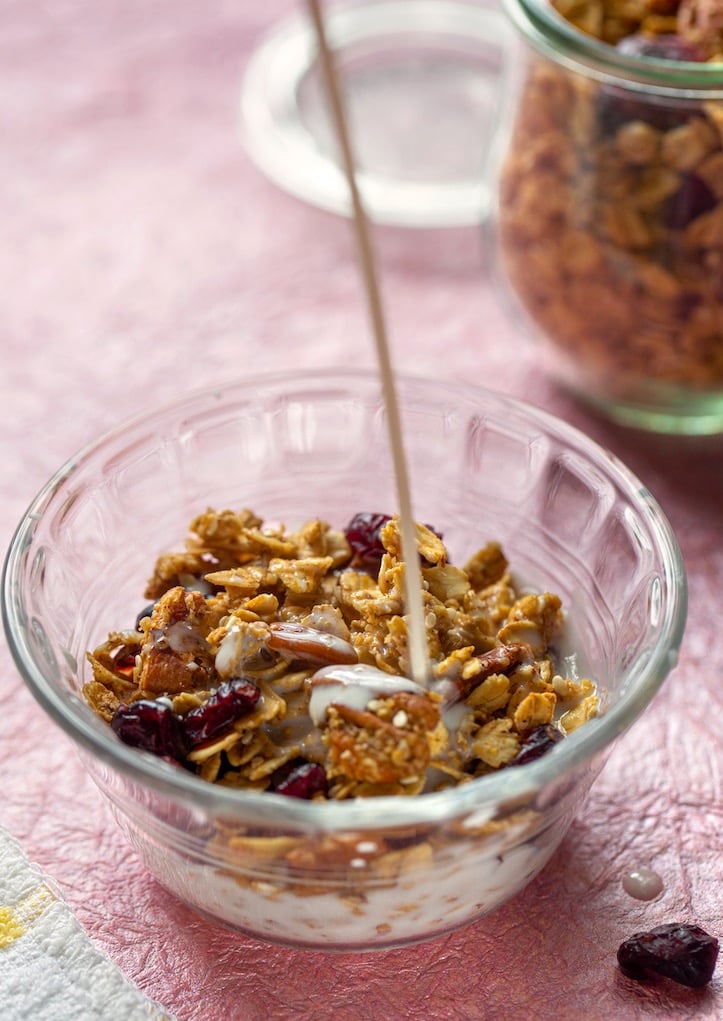