Here’s a quick guide to chestnuts, the unusual outliers in the world of nuts, with tips on buying, using, and preparation, including how to roast them in the oven. 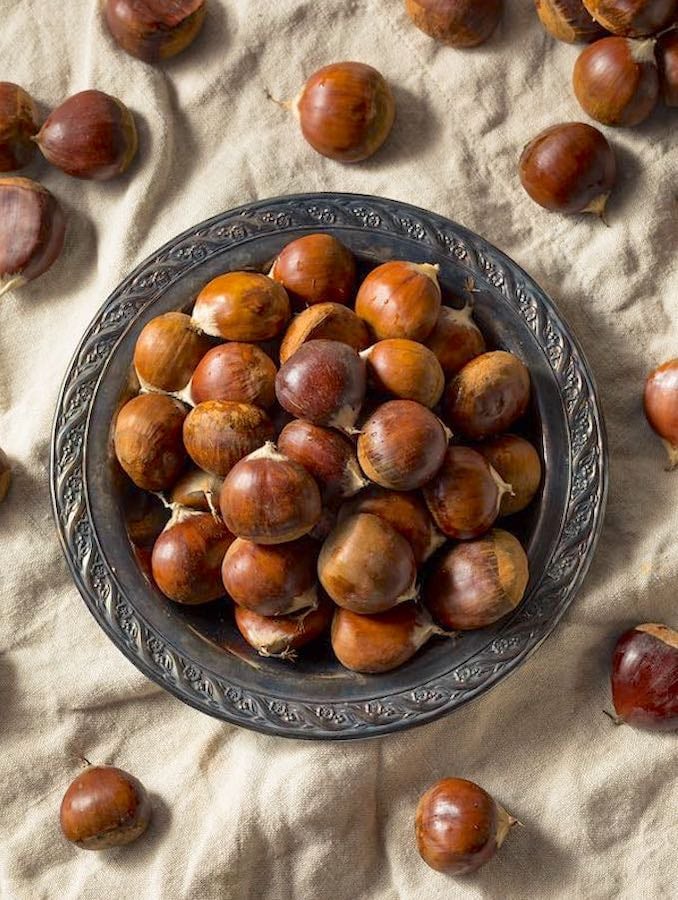 Evoking nostalgic images of roasting on an open fire, chestnuts are one of winter’s most delightful seasonal traditions. Chestnuts have long been regarded as a delicacy by diverse cultures, from the ancient Chinese to present-day southern Europeans.

The slightly sweet, soft, and mealy interior of chestnuts is a departure from the usual crunch of nuts. They’re such a delightful treat that you’ve got to try oven roasting (instructions coming up) and eating out of hand before using them in recipes.

Choose firm, shiny-looking chestnuts during their fall and early winter season. You’ll find them in supermarkets starting around Thanksgiving in the U.S., as well as at late-season farm markets and Italian groceries.

Chestnuts are highly perishable and must be kept refrigerated. Even so, use them within a few days of purchasing. When kept at room temperature, they’ll start to go bad after just a few days; much longer than that, they will become moldy in the shell.

Because chestnuts are 50 percent water and 42 percent starch, they’re not as dense in nutrients as other nuts. They’re a mere 1.5 percent fat, and only 3 percent protein.

A cup of chestnuts contains about 300 calories. They contain moderate amounts of vitamin A, several B vitamins, and the minerals iron, potassium, and phosphorus. Here’s more on the nutrient profile of chestnuts. 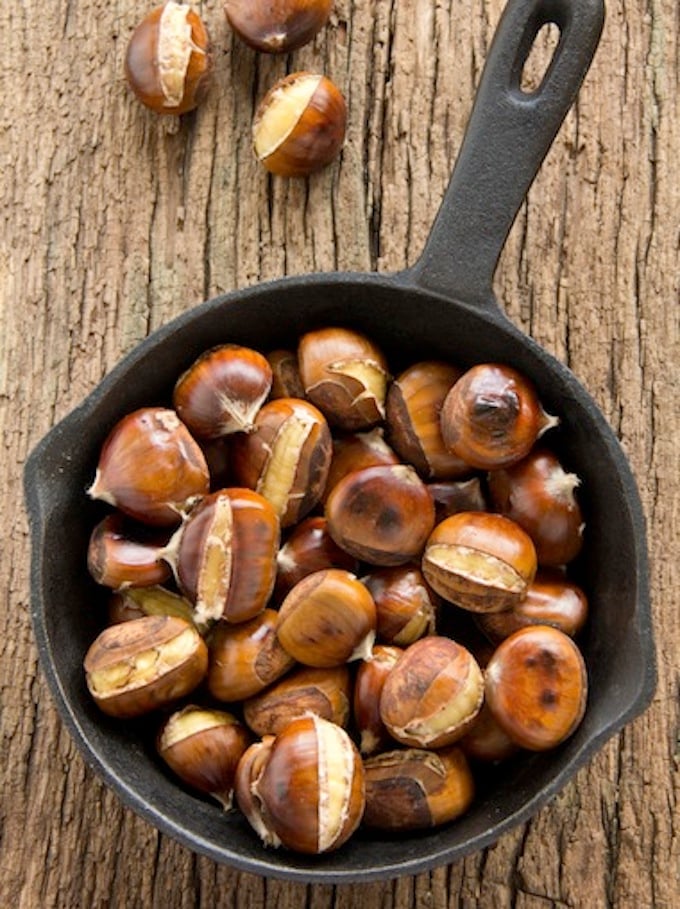 How to roast chestnuts in the oven

Yes, the traditional Christmas song goes, “Chestnuts roasting on an open fire,” but that’s a bit of a risky and impractical method of preparing them. In Italy, there’s another traditional way of roasting chestnuts, which is to place them in a special pan with holes in the bottom and cook over a gas flame. That’s also not a method that’s readily available everywhere.

To prepare chestnuts for use, it’s easiest to bake them. Cut an X into the domed part of the

chestnut with a sharp knife (this is done so that they don’t explode when exposed to high heat). Arrange, cut side up, on a baking pan.

Bake at 425º F for 15 to 20 minutes, depending on their size and how much of a roasted flavor you desire.

After removing from the oven, place a clean kitchen towel over them. This will allow them to steam and make the shells easier to remove.

Shell while still warm, when they’re easiest to peel, and eat as a snack or reserve for use in cooking. You’ll want to remove the papery layer between the nut and the shell as well. 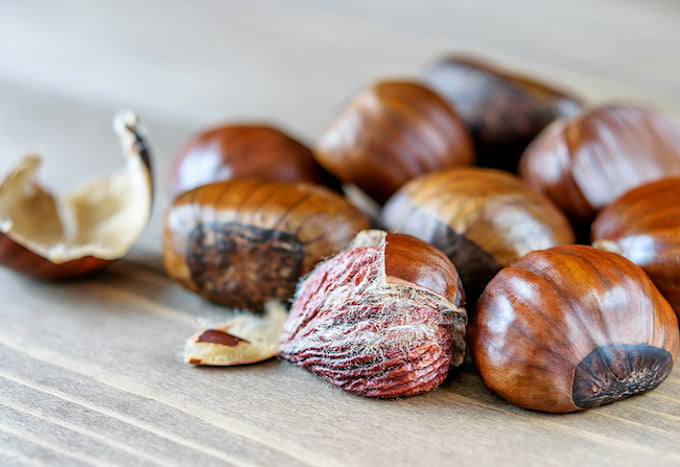 Some general uses for chestnuts

See more of our food guides.