If you love the slightly bitter, slightly sweet taste of broccoli rabe, you’ll love Laura Theodore’s easy, tasty penne with broccoli rabe recipe. Here, it’s combined with hearty garbanzo beans (aka chickpeas) and garlic to make a simple dish that will wake up your taste buds. 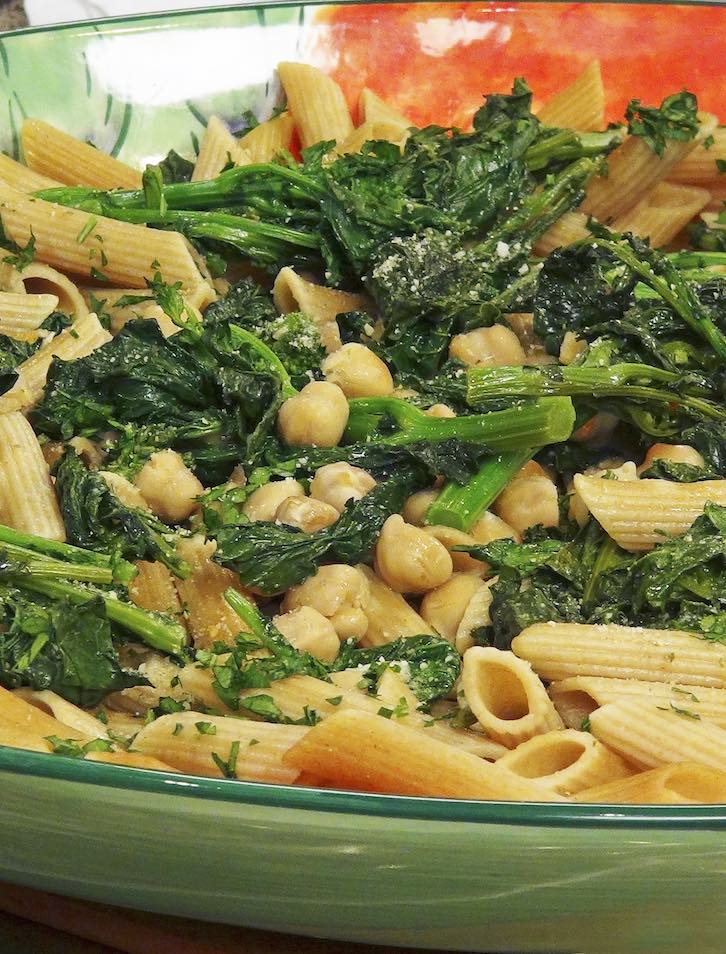 What to serve with Penne with Broccoli Rabe: Crusty bread is an ideal accompaniment to this pasta dish, along with a simple salad of mixed greens, tomatoes, and your favorite seasonal salad veggies.

Make it without oil: To decrease the fat content in this recipe, use 3 tablespoons of vegetable broth in place of the 1 tablespoon olive oil. Broth will evaporate quickly during cooking, so add more broth as needed. 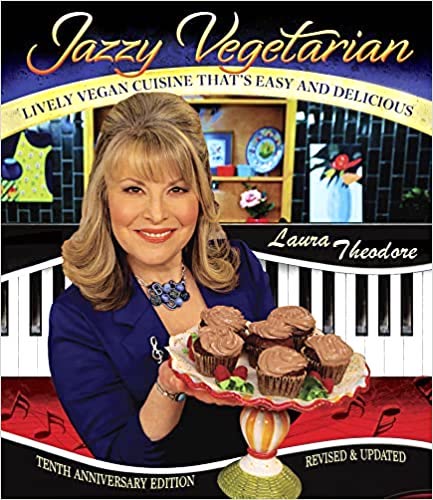 See more about this book following the recipe box. 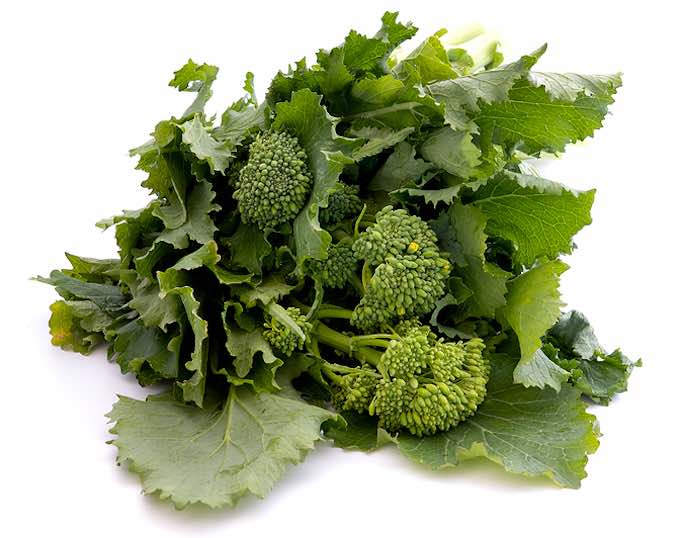 What is broccoli rabe?

Popular in Mediterranean cuisine, broccoli rabe, a leafy vegetable, is known by many names including rapini and Italian broccoli, and is alternatively spelled raab.

Despite having “broccoli” in its name, it isn’t a cruciferous cousin of regular broccoli, but rather, a relative of turnips and mustard greens. Broccoli rabe isn’t generally eaten raw and is best showcased in simple recipes like this one.

These greens grow in leafy clusters that present with narrow stems, abundant leaves, and tiny, broccoli-like dark green florets. All parts of the broccoli rabe are edible, and usually, you need only trim away about 1/4 from the bottom of the stalks. 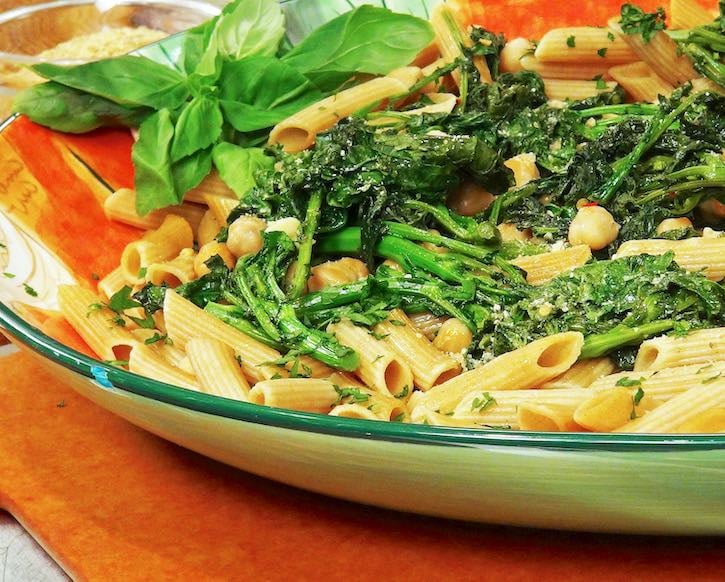 Variation: Substitute a 15-ounce can of white beans for the garbanzos.

Make it oil-free: To decrease the fat content in this recipe, use 3 tablespoons of vegetable broth in place of the 1 tablespoon olive oil. Broth will evaporate quickly during cooking, so add more broth as needed.

Easiest homemade vegan Parmesan (from The Vegan Atlas): Combine a more or less equal amount of nutritional yeast and almond flour in a small container. I usually go with 1/2 cup of each. For that amount, I add 1/4 teaspoon of salt; add your salt to taste. Mix it up well. Cover and refrigerate any unused portion, where it will  keep well almost indefinitely (but there’s no way you’ll make it last that long!).

Embrace healthful eating . . . one mouthwatering vegan recipe at a time! Viewers of the award-winning public television series, “Jazzy Vegetarian,” will now be able to cook their favorite plant-based dishes from the show with this exciting, new, revised and updated edition of Chef Laura Theodore’s most popular cookbook, “JAZZY VEGETARIAN: Lively Vegan Cuisine That’s Easy and Delicious!”

With over 120 dazzling vegan recipes, more full-color photos, and 25 new recipes from Season Ten of the highly successful PBS television series, this updated edition divulges Laura’s secrets for creating light, wholesome, and satisfying dishes that everyone can master.

From tips on how to be more efficient in the kitchen, to the best way to shop for organic produce, Laura’s passion for cooking is contagious and her dedication to a vegan lifestyle motivational.

Previous Post: « Vegan Blood Orange Upside Down Cake
Next Post: A Guide to Rutabaga, with Tips, Recipes, & Ideas for Using »