A concise guide to molasses (including sorghum molasses), with tips, how to use, and links to recipes for this traditional liquid sweetener. 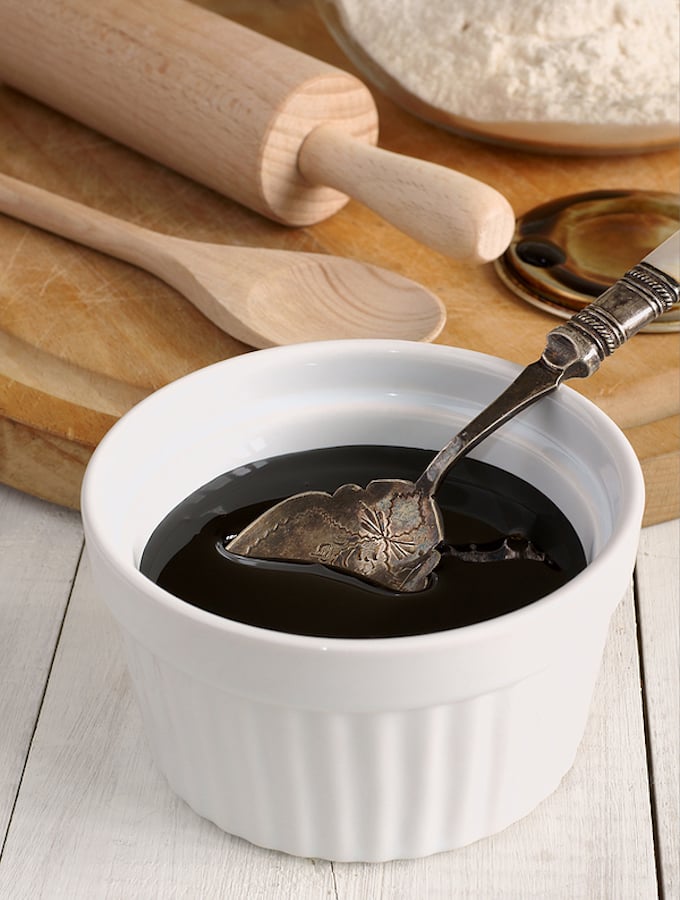 What does molasses taste like? Molasses has an assertive flavor that’s sometimes described as bittersweet, but good molasses isn’t exactly bitter; it’s simply hard to describe. It isn’t as sweet as other common sweeteners like maple syrup, agave, or honey, but if the quantity used were increased to provide equal sweetness, its flavor would be overpowering to most palates.

If you do like the taste of molasses, however, you can use it in moderate amounts to lend an interesting flavor element without knocking out all other flavors. It’s also often used in combination with other sweeteners. 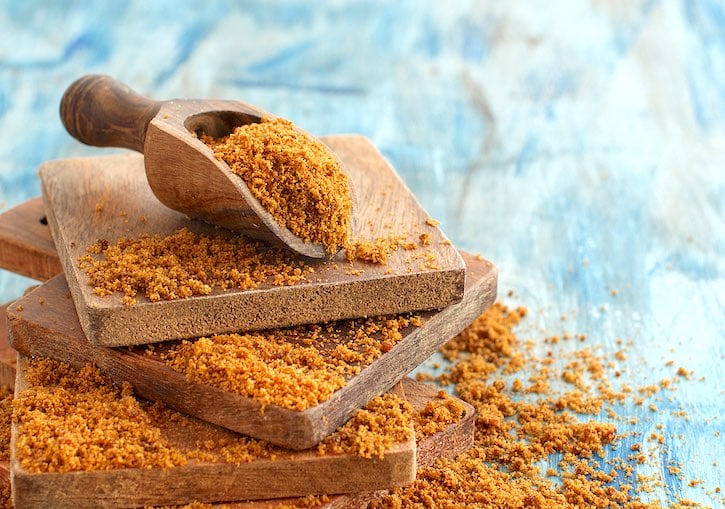 Molasses is the residue recovered from the sugar refining process

Various grades: Molasses has long been a staple sweetener, always been inexpensive and abundant. It comes in several grades. Surprisingly, what you don’t want is blackstrap molasses. From its bitterness and ultra-thick consistency, this article explains why. Molasses is a staple especially in in the traditional cuisine of the American South.

Most commonly, molasses comes in light, medium, and dark grades. Most common in groceries and natural foods stores is the medium or dark grades. These are good for general purposes where molasses is called for. Relatively speaking, there’s nothing wrong with light molasses; it’s just not as widely available. In Britain, molasses is called treacle, and it’s a bit different, with a mellower color and flavor. See this article for a more detailed rundown of the different grades of molasses.

Molasses is considered the most nutritious of common sweeteners, with a good mineral content, particularly iron, as well as a range of B vitamins. It is the best known source of vitamin B6 after yeast. Vitamin B6 helps the body to assimilate iron. On the minus side, molasses is 65 percent sucrose, which is associated with tooth decay and cavities — so simply brush your teeth after enjoying recipes that contain molasses! Here’s a complete look at the nutrition profile of molasses. 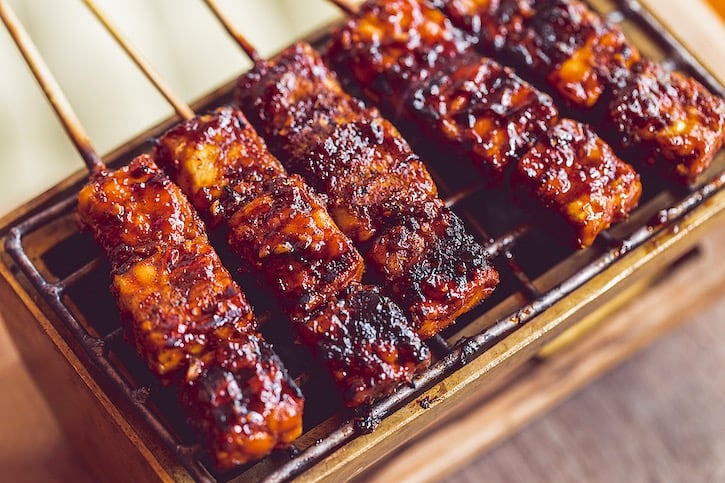 Sometimes called sorghum syrup, this sweetener was quite common in North America from about the mid-19th to the mid-20th centuries, then all but faded away before it began to make a reappearance through the natural foods market. Sorghum, sometimes called Chinese sugarcane, is a plant related to millet that has much in common with sugarcane.

The process of producing this syrup is similar to the one used to make regular molasses. The stalks of the plant are crushed, and the sweet syrup is released. It is then cooked and clarified into a thick, almost black syrup. The sorghum syrup available in natural-food stores is either domestically produced or imported from Barbados.

Like molasses, sorghum molasses is rich in minerals, such as potassium, iron, and calcium, and contains a good range of B vitamins. It is 65 to 70 percent sucrose.

The characteristics of sorghum molasses are similar to those of blackstrap molasses in every way, except that its flavor is milder (though still very bold), without as much bite. It can be used a bit more freely without fear of overpowering other flavors. Use in all the same ways you’d use regular molasses.

Ways to use molasses, with links to recipes 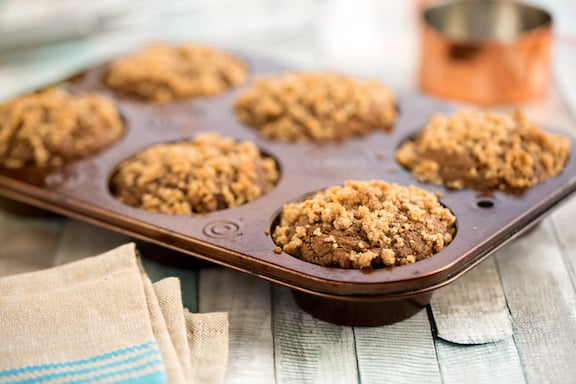 Shoo-fly desserts: The molasses-based “shoofly pie” comes from the Pennsylvania Dutch tradition. Vegan recipes for shoo-fly pie (basically a molasses crumb cake baked in a pie crust) are few and far between, but a traditional recipe would be easy to veganize. You can take this idea to make shoo-fly-inspired vegan molasses muffins, too. 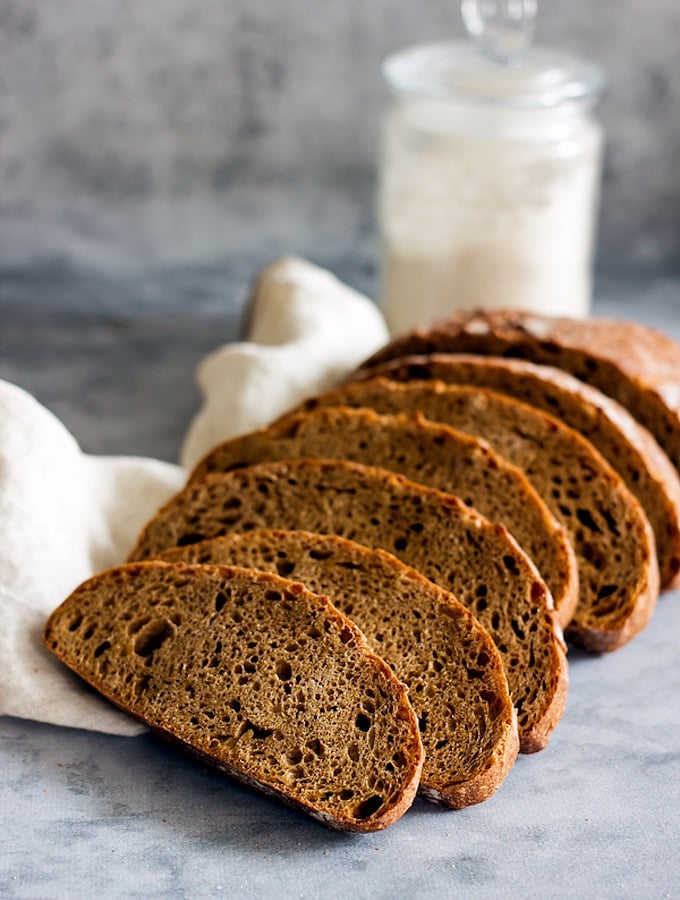 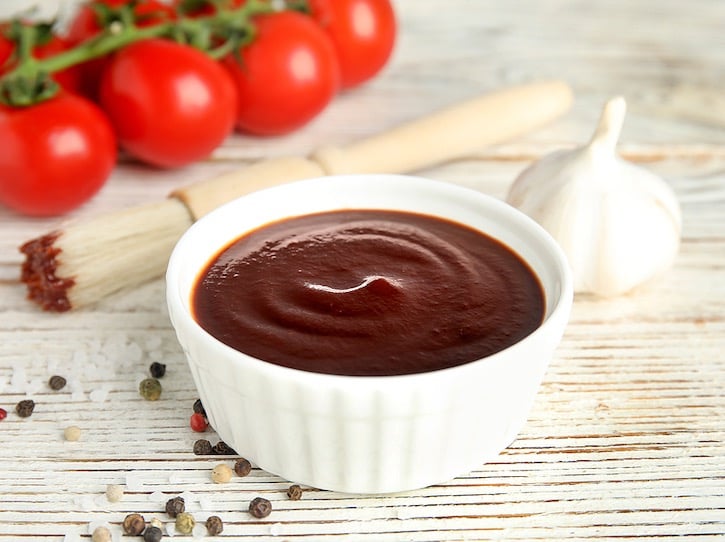 Barbecue sauce: Add a little molasses to homemade barbecue sauces for a rich flavor. Here’s our easy recipe for Sweet and Savory Molasses Barbecue Sauce. Use it to grill or roast plant proteins, including tofu, tempeh, and seitan. 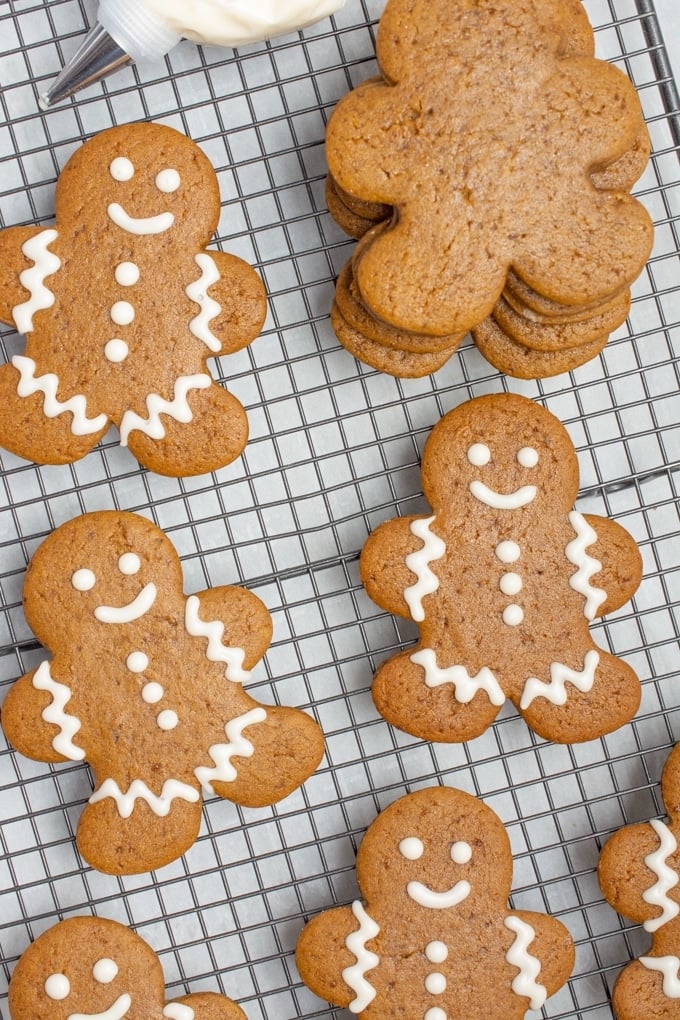 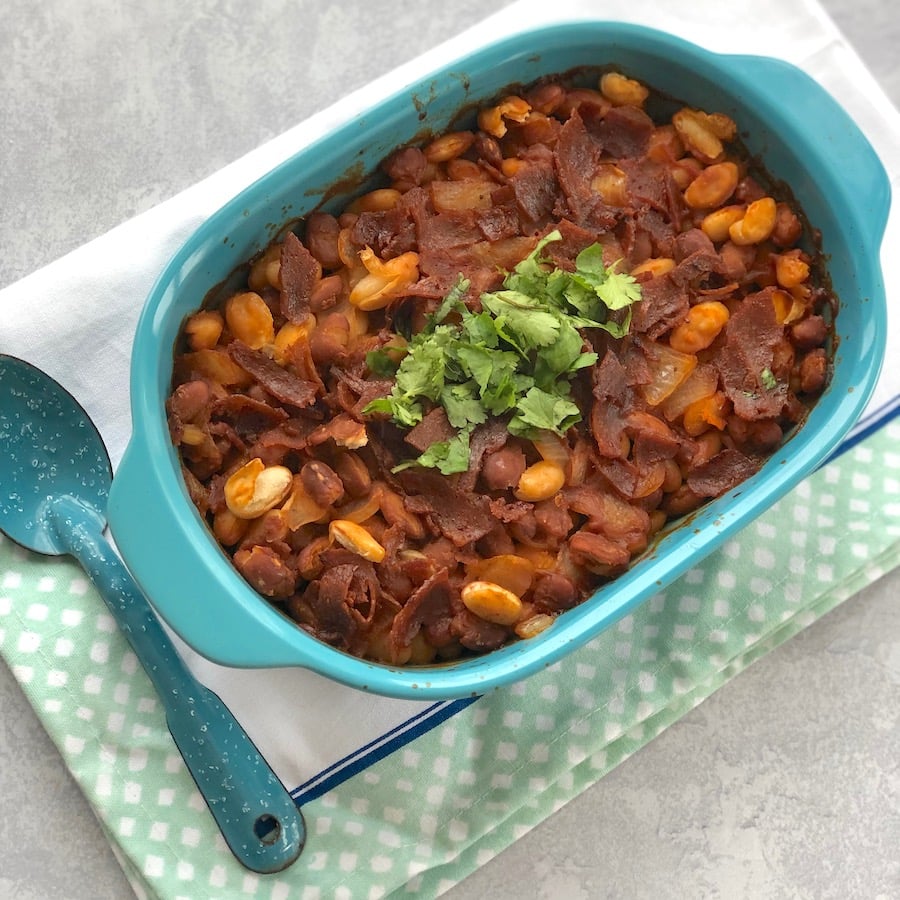 Sweet potatoes: Molasses is a traditional addition to sweet potato recipes. Try this one for Maple and Molasses Glazed Sweet Potatoes.

Americana recipes: Traditional American recipes, especially those from the South, are great sources for molasses recipes. Indian pudding and other cornmeal puddings are traditionally sweetened with molasses, as are many other sweet potato dishes and breads.