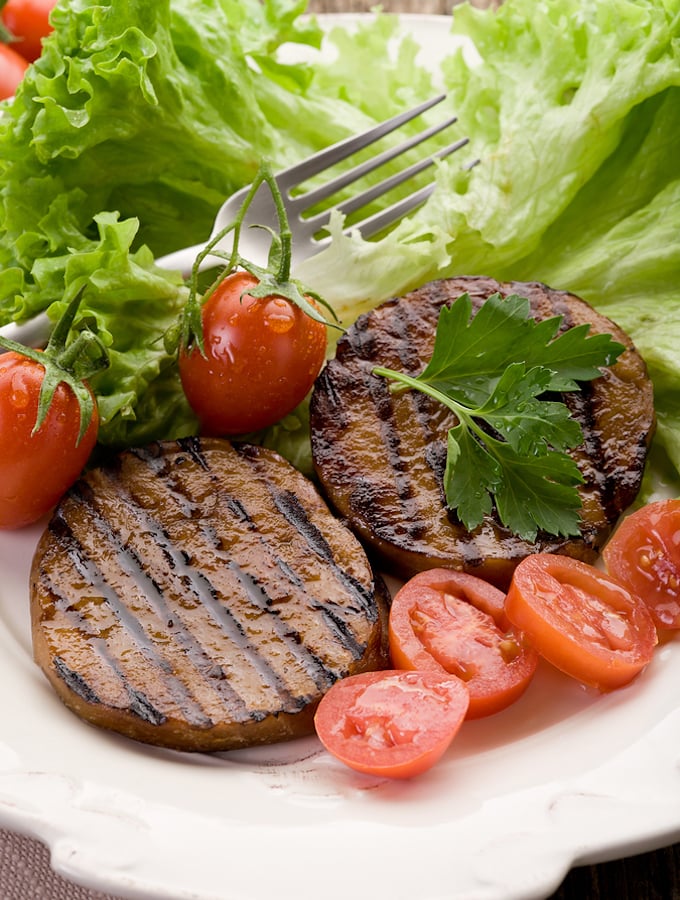 Every year, more people make the bold decision to change their eating habits. Let’s explore some of the top vegan trends for 2019.

Whether it’s for health reasons, concern for the environment, compassion for animals, or just wanting to try something new, one thing is clear: The vegan diet is stealing the show.

And with that, more alternatives to suit the vegan lifestyle are cropping up as each year, more people are adopting the plant-based diet.

So much passion and profit are driving this growth that veganism has proven a trend that’s here to stay. The Economist has proclaimed 2019 as The Year of the Vegan — “Where millennials lead, businesses and governments will follow.” 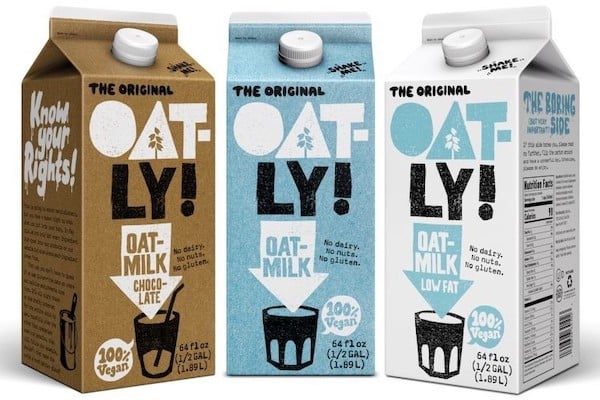 Oat milk is a smooth and creamy substitute for dairy milk. You can put it in your cereal, coffee, or even use it as a base to make dairy-free ice cream. This Swedish-born recipe made an unexpected blow up in the vegan community by providing an even tastier version of soy milk. The only difference is it’s made completely of oats, and its even gluten free. 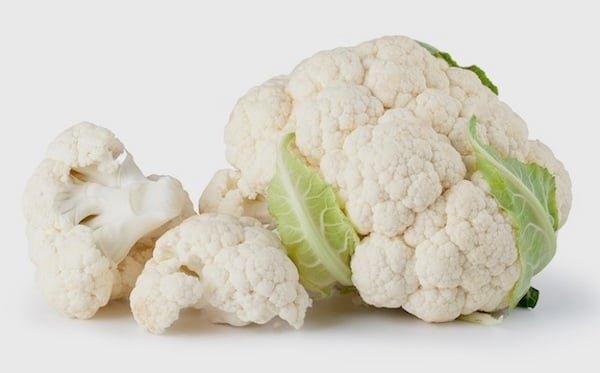 Though cauliflower has been a mainstay for veggie-lovers for quite some time, new ways to use it are springing up all the time. You can use it to make amazing fried buffalo cauliflower tacos, or chop it up finely and steam it to make a nice serving of cauliflower rice.

Cauliflower pizza crust is very popular with the vegan crowd. This gluten-free vegan crust starts with cauliflower rice to replace the traditional wheat dough base. Aquafaba or flax egg are often used for binding. Top with sauce, vegan cheese, and your favorite pizza veggies to create a crispy pizza that everybody will love. 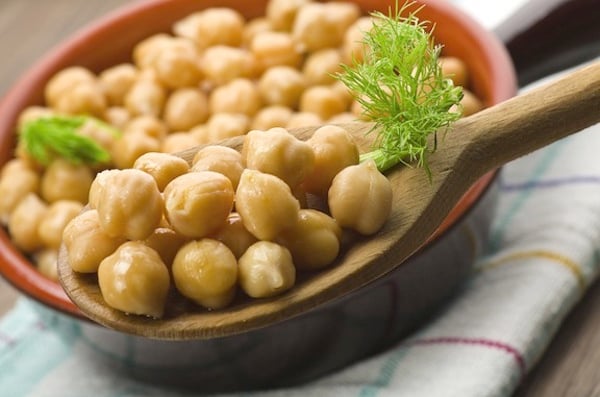 Chickpeas have roots that can be traced to the 13th century, where they’re believed to have originated in Egypt. Hummus is one of the most trendy and widely known chickpea-based products in the world. In fact, it has been the fastest-growing snack food for some time.

Today, vegans are still gravitating to this yummy ingredient, for its many versatile qualities. The latest trend? Hummus milkshakes. They’re thick, and creamy, and most importantly, vegan.

Hummus shakes have taken over the social media community, and often, they have only five main ingredients — hummus, tahini, frozen bananas, dates, and almond milk. For extra flavor, you can add almond butter and pure vanilla. 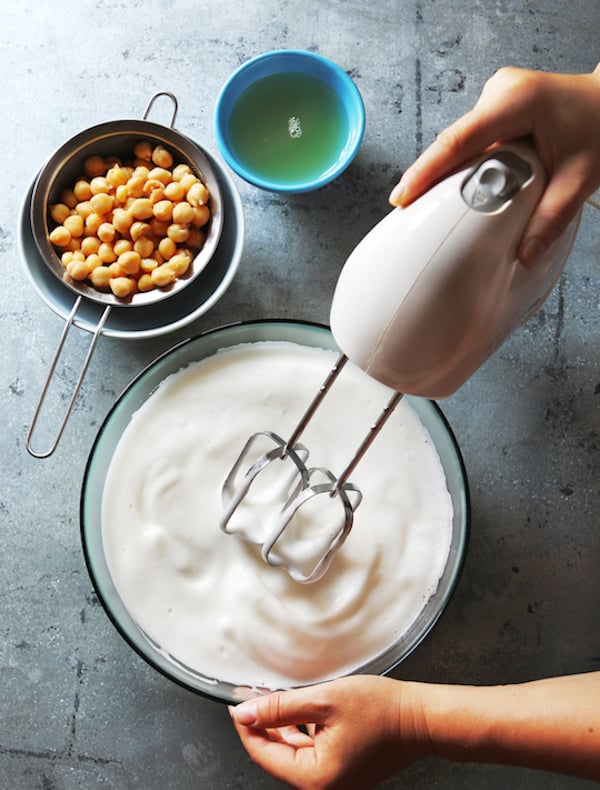 Aquafaba is the liquid that comes in a can of chickpeas. Yes, thats really what it is, and it is a magical addition to many kinds of vegan delicacies. One of this ingredient’s qualities is its ability to whip to a stiff, fluffy foam. This allows aquafaba to be used as a substitute for eggs.

There is so much versatility when using this ingredient. You can whip up vegan meringues, lemon meringue pie, chocolate mousse, baked Alaska, ice cream, buttercream, brownies, mayonnaise, mozzarella cheese, and even butter!

This protein-based ingredient has re-emerged from the 70’s, remaining a mainstay with the plant-based crowd that still craves meaty flavor and texture.

Seitan is made from vital wheat gluten, and while it’s super high in protein, it goes without saying that you should avoid it if you’re gluten-free.

Seitan is often compared with tofu, because it’s just as easily customizable and versatile. This makes it easy to mimic meaty favorites. It’s especially good as a beef substitute; today’s food entrepreneurs are also turning into corned beef and pastrami substitutes, and it can even mimic chicken. 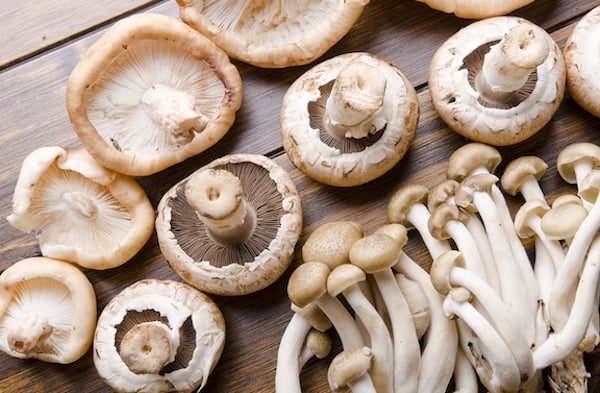 Mushrooms — you either love them or hate them. There are thousands of different types of mushrooms, all yielding different flavors. This year in the vegan world, mushrooms are making a splash as a meat substitute.

Mushrooms are commonly used in stir-fries and even as burger substitutes. No mushroom is meatier than the portobello. So what is 2019 bringing to the table? Bacon! And that’s bacon made entirely from mushrooms. 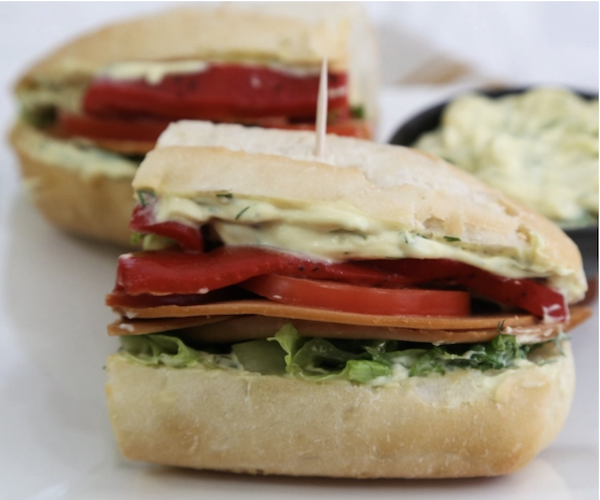 According to a study by the Journal of the Academy of Nutrition and Dietetics, 49 percent of Americans will eat at least one sandwich on any given day. With more people becoming vegan every year, the deli industry has come up with a solution to fix those meat and cheese filled cravings. How? By offering meat free and cheese free alternatives.

Many vegan delis rely on seitan, a wheat flour based ingredient, to mimic those juicy meats we all know and love — sausage, ribs, bacon, pastrami, ham, and even chicken.

Plant-based cheeses have also been introduced to satisfy the craving for  traditional dairy cheese. The result — cravings for this kind of food can be satisfied with delicious, animal-free alternatives. Here are just a few of these kinds of eateries: 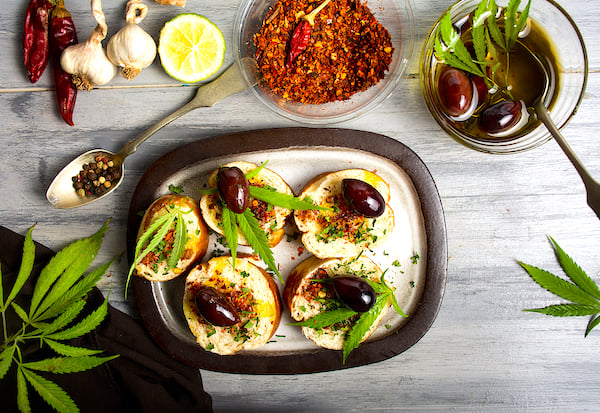 Cannabis has always been a controversial topic. With its legality spreading nation wide, more people are starting to openly experiment with it. When most think of cannabis edibles, they think of brownies, but there’s so much more you can make.

Even though marijuana is legal in some states, those states can’t incorporate cannabis into their dishes since they aren’t eligible for licenses. And so most cannabis chefs host private dinners, something thats more open to interpretation, legally speaking.

The active ingredient in cannabis is THC. THC is fat soluble, and so it’s easily infused into fatty ingredients, especially oil. This makes it easy to cook into sauces, curries, cookies, dips, spreads, and much more. Look through Amazon’s cannibis cookbooks to explore a wide array of approaches to this cuisine!

Larrisa Pope is a 2019 SUNY New Paltz graduate with a degree in International Business and Public Relations. She is passionate about food and loves to expand her horizons on ingredients and techniques.

*This post contains affiliate links. If the product is purchased by linking through this site receives a modest commission, which helps maintain it and keeps it growing!