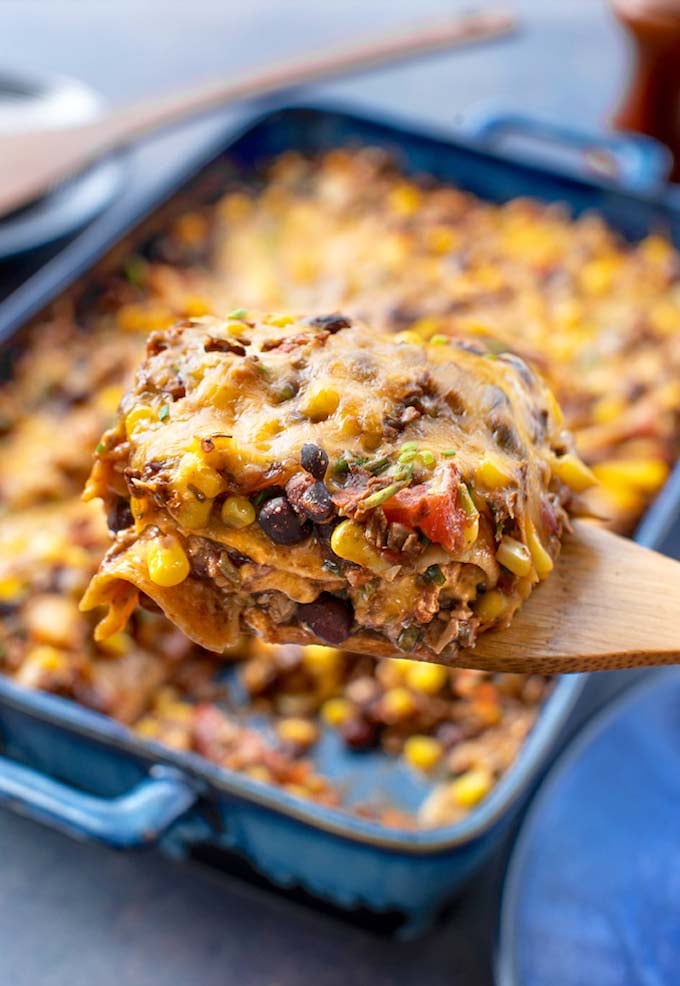 This casserole involves throwing together a lot of convenient ingredients like canned beans, tomato sauce, and frozen corn, Yet it’s unbelievably good when you need an inexpensive, tasty dinner that everyone devours.

END_OF_DOCUMENT_TOKEN_TO_BE_REPLACED

Here’s an easy vegan cheese fondue whose a rich flavor is amplified by champagne or dry white wine. The creator of this recipe, Claudia Lucero, writes: “I’m on a mission to bring back the fondue party. I honestly don’t understand why it fell out of fashion. 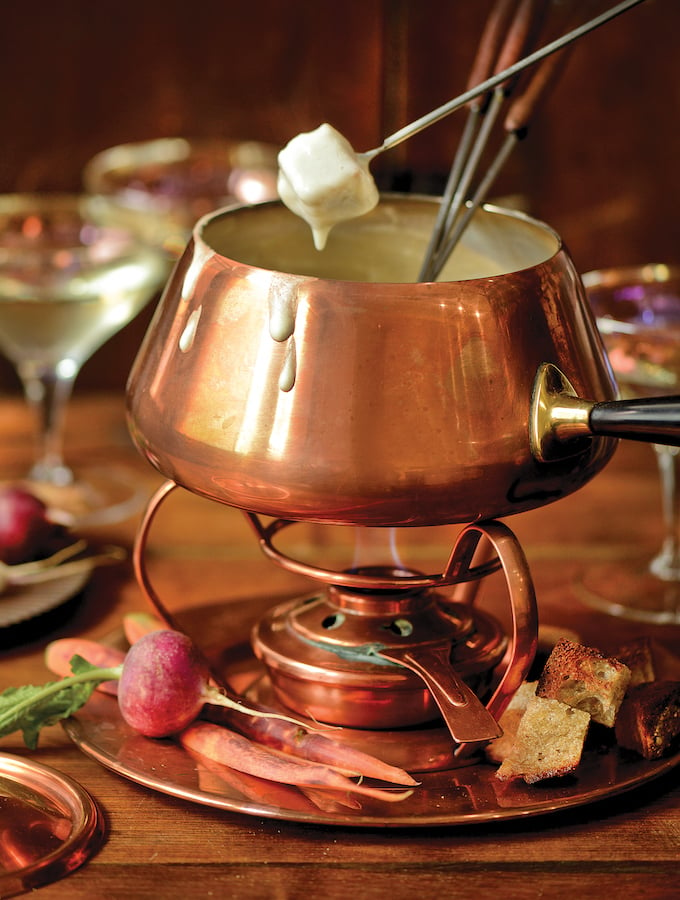 Aside from restaurants where one can enjoy both a fondue meal and dessert, I just don’t hear enough about fondue parties. Let’s change that! Especially on cold and rainy nights, what could be better than gathering around hot cheesy sauce over a flame?

END_OF_DOCUMENT_TOKEN_TO_BE_REPLACED

The prep for this cheerful-hued coconut sweet potato bisque is super easy — the sweet potatoes are microwaved ahead of time and then just scooped out of their skins. 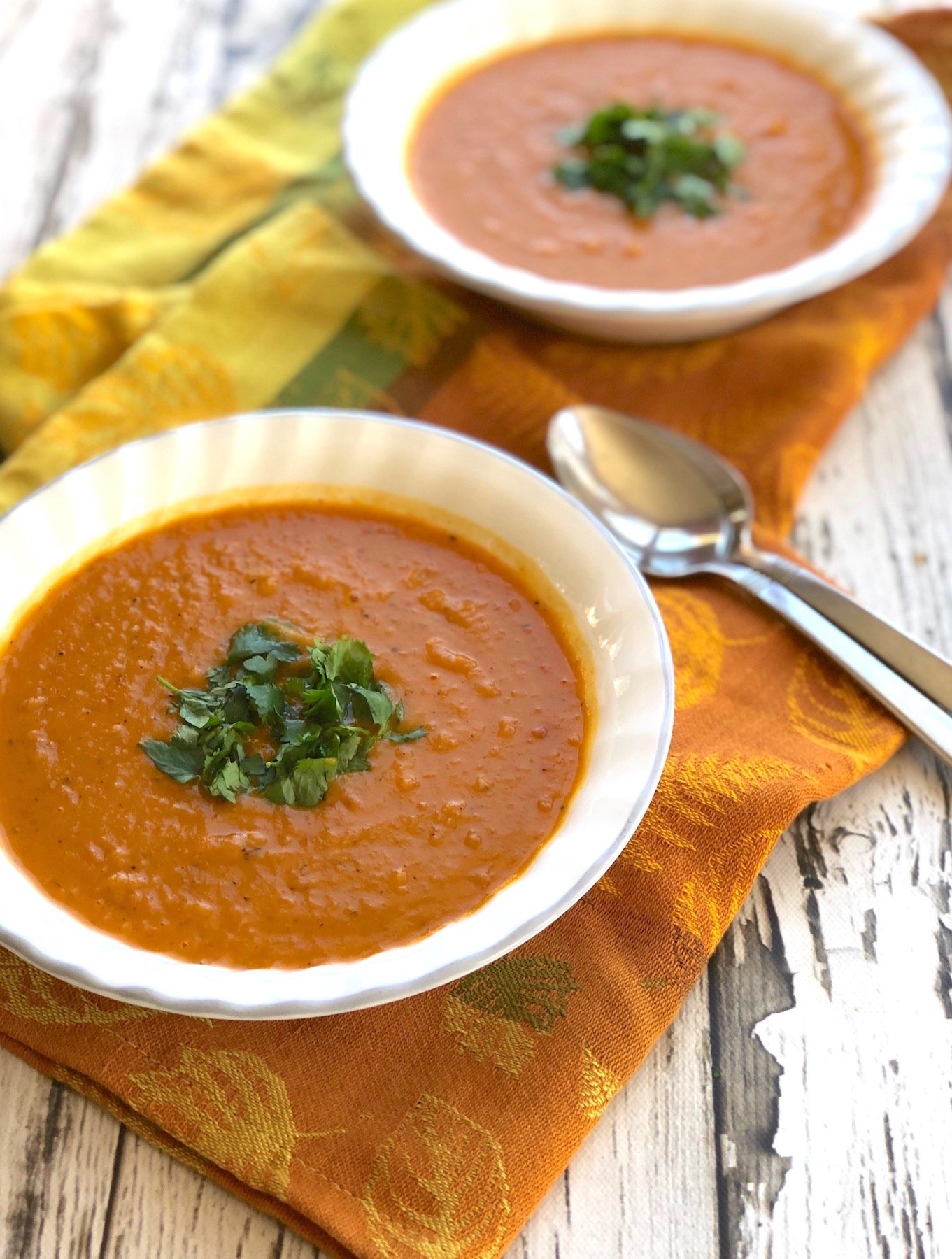 Having to peel and dice several big sweet potatoes is a bit of a chore — though you’re welcome to do so if you have the time and inclination. Or, if you’re not a fan of microwaving, peel and dice to your heart’s content! That option is given in the note following the recipe.

END_OF_DOCUMENT_TOKEN_TO_BE_REPLACED

Think of this roasted red pepper soup as a kind of grown-up version of standard tomato soup — how about serving it with vegan grilled cheese sandwiches? 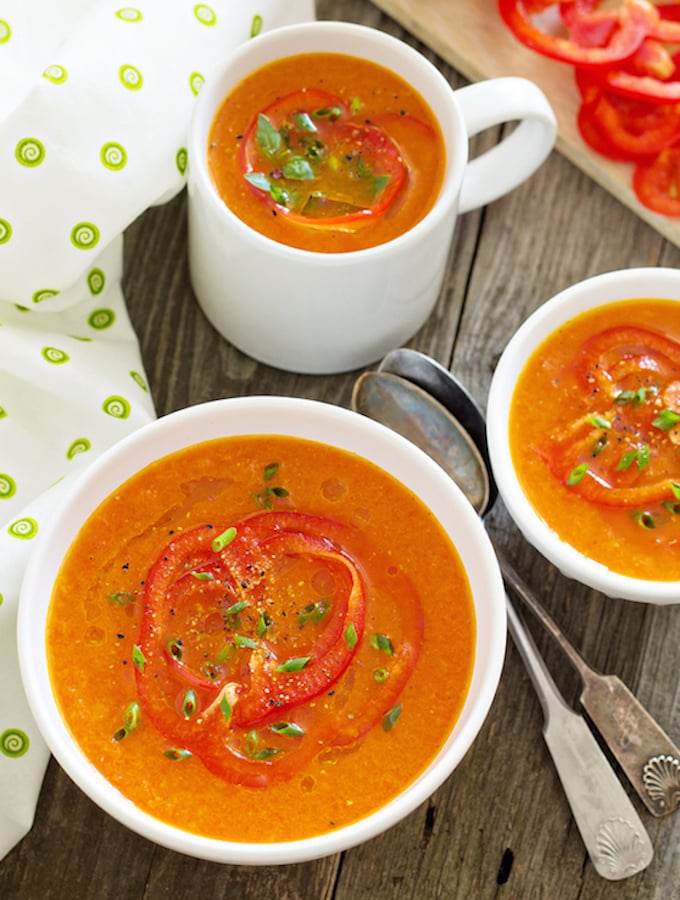 A version of this soup in one of my earlier books instructed the cook to take several bell peppers, roast them until charred in the oven’s broiler, put them in a bag while they cooled, and finally, to slip off the skins.

Roasting red peppers isn’t all that difficult or complicated to do, but coming across the recipe recently, I just couldn’t get behind doing all these steps even before actually starting the soup!

END_OF_DOCUMENT_TOKEN_TO_BE_REPLACED 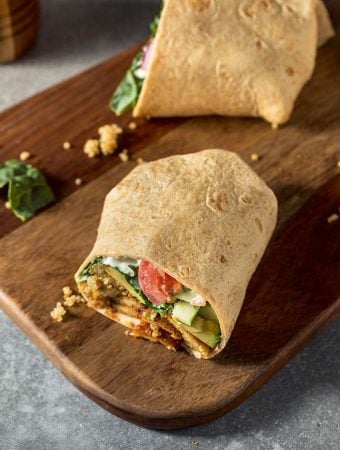