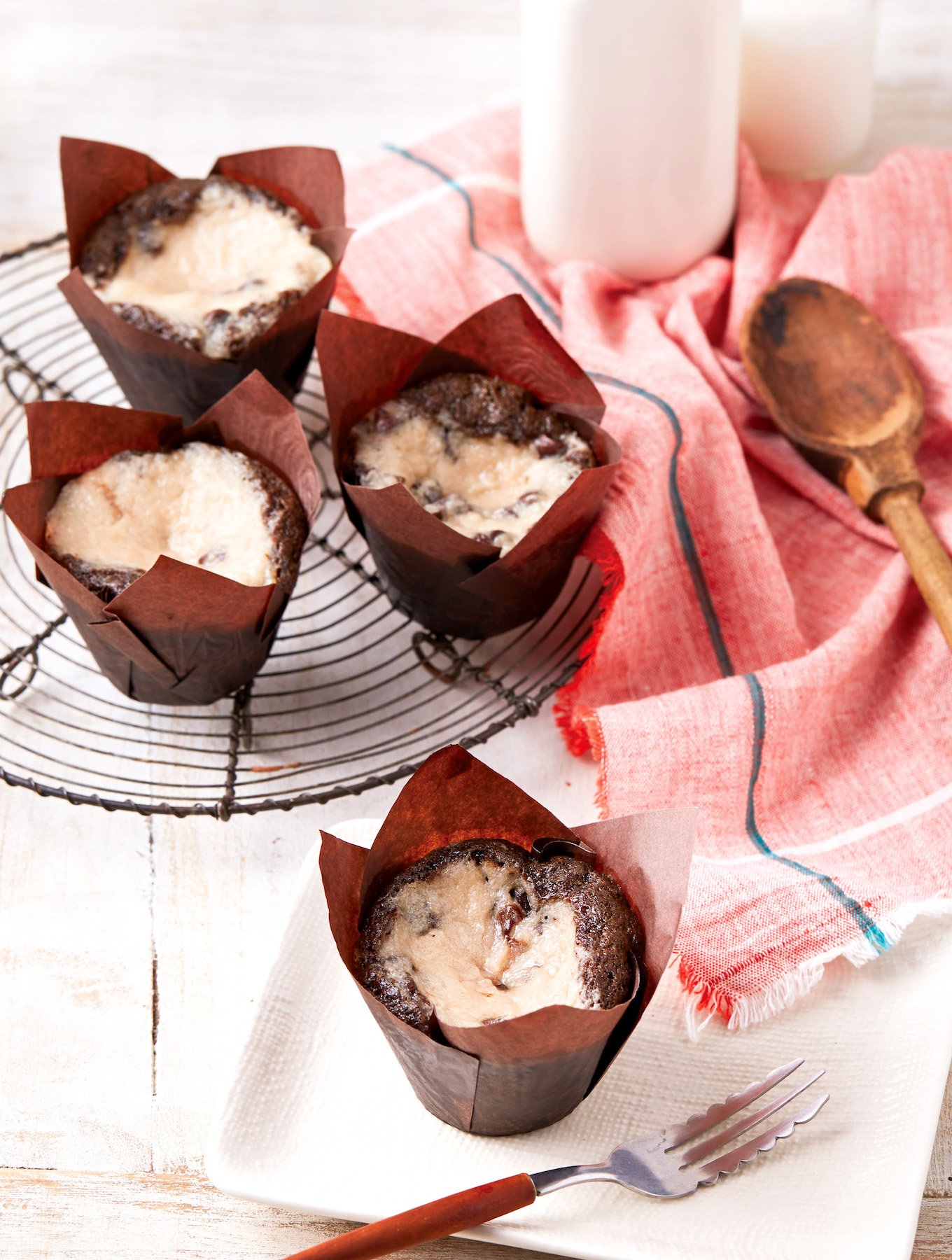 Fran Costigan’s vegan black bottom cupcakes are, like all her sweet treats, lovingly crafted, and tested and retested, to yield the best results.

It’s not for nothing that Fran Costigan has been crowned “The Queen of Vegan Desserts.”

Fran is a true trailblazer in the realm of vegan dessert-making and chocolate. She was ahead of time in the vegan world in general, having committed to this way of life long before it became cool to do so. To learn more about her journey as well as what she’s up to these days, read our Q & A with Fran Costigan. And now, let’s hear from Fran:

END_OF_DOCUMENT_TOKEN_TO_BE_REPLACED 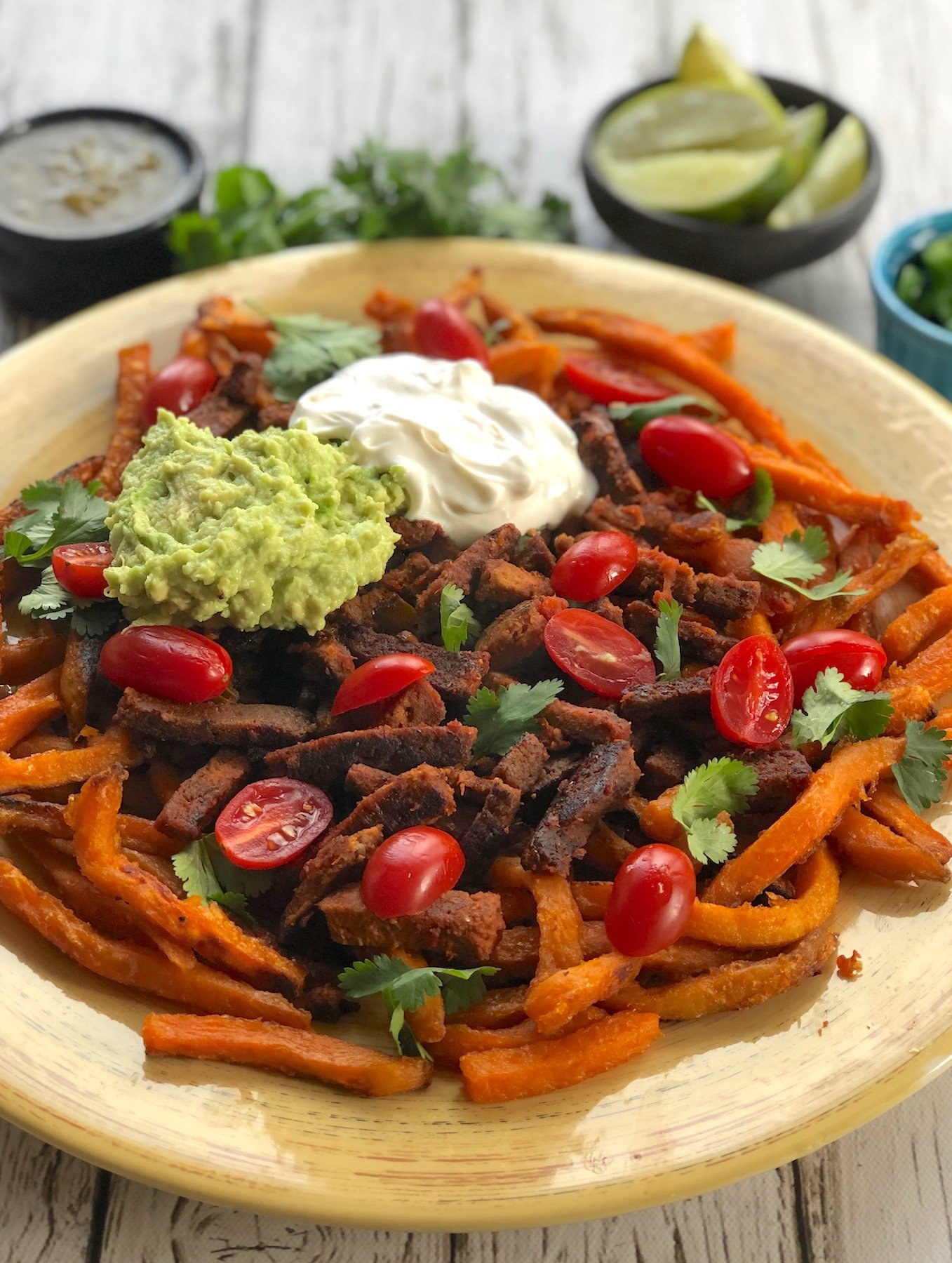 Vegan carne asada fries made with plant-based protein, is one of those odd but really delicious dishes — and it’s so easy to make!

The first time I had vegan carne asada fries was at the restaurant Mexican Radio, when it was in its lovely Hudson, NY location (it’s now in Schedectady). The last time I had this dish was at home — it’s so easy to replicate, and we’ll be getting to that in a flash.

Carne asada fries is a perfect example of how an offbeat local food trend can take off and go national. A unique combination of french fries, avocado, sour cream, and, in its original form, strip steak, this dish originated in San Diego in the 1990s and soon became a standard in casual Mexican restaurants in the American Southwest before spreading nationwide.

END_OF_DOCUMENT_TOKEN_TO_BE_REPLACED 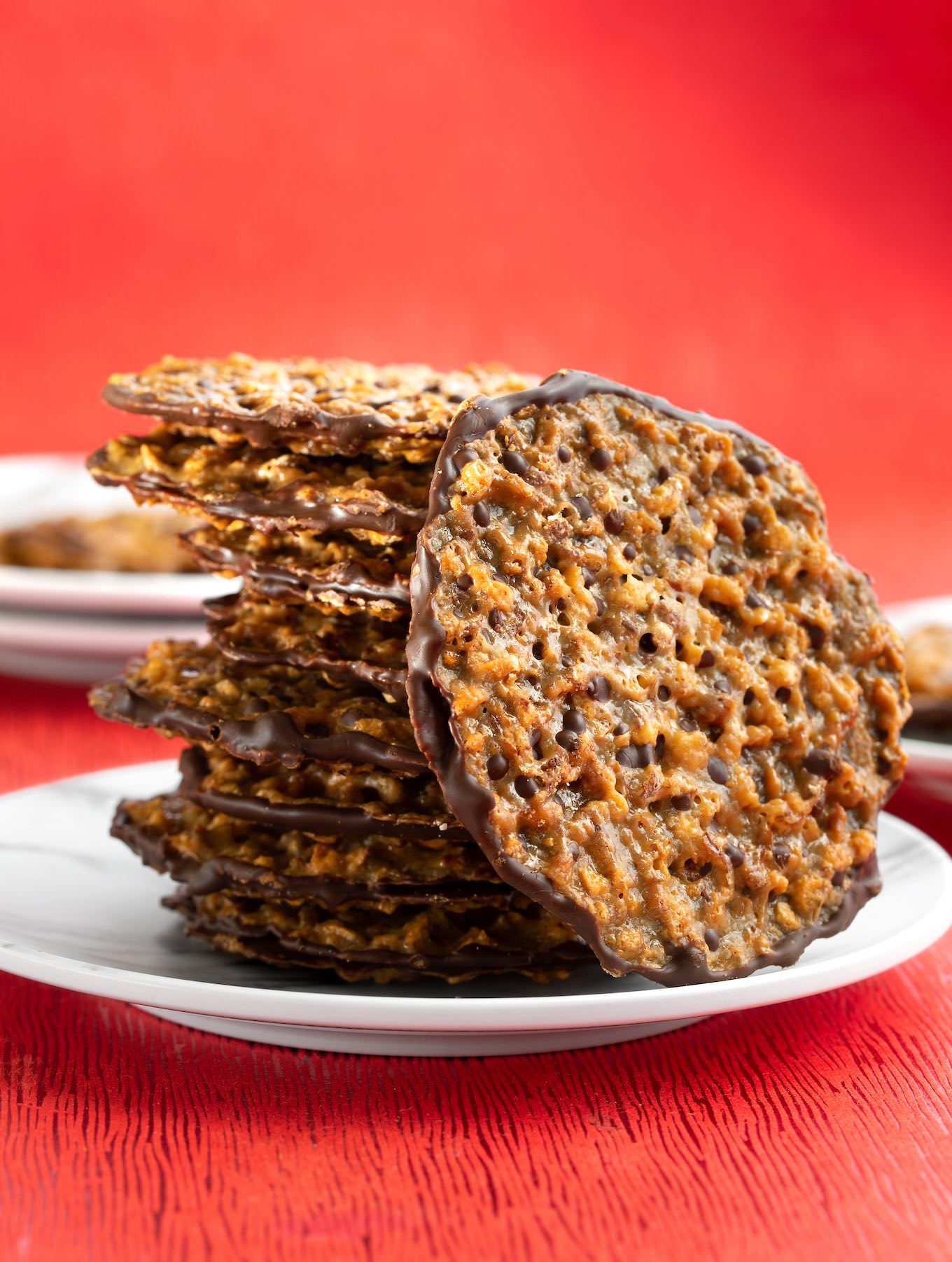 We’ve run a pair of other sweets from this delectable collection, the perfect volume for the budding vegan baker you know — or yourself. Links to those will be coming up below.

The approachable recipes in this book are preceded by an entire section called Essential Techniques, a super helpful guide anyone looking to become more adept in the ways of vegan baking. Recipe and photos from Sweet Vegan Treats by Hannah Kaminsky © 2019, Skyhorse Publishing. Reprinted by permission. And now, here’s Hannah:

END_OF_DOCUMENT_TOKEN_TO_BE_REPLACED 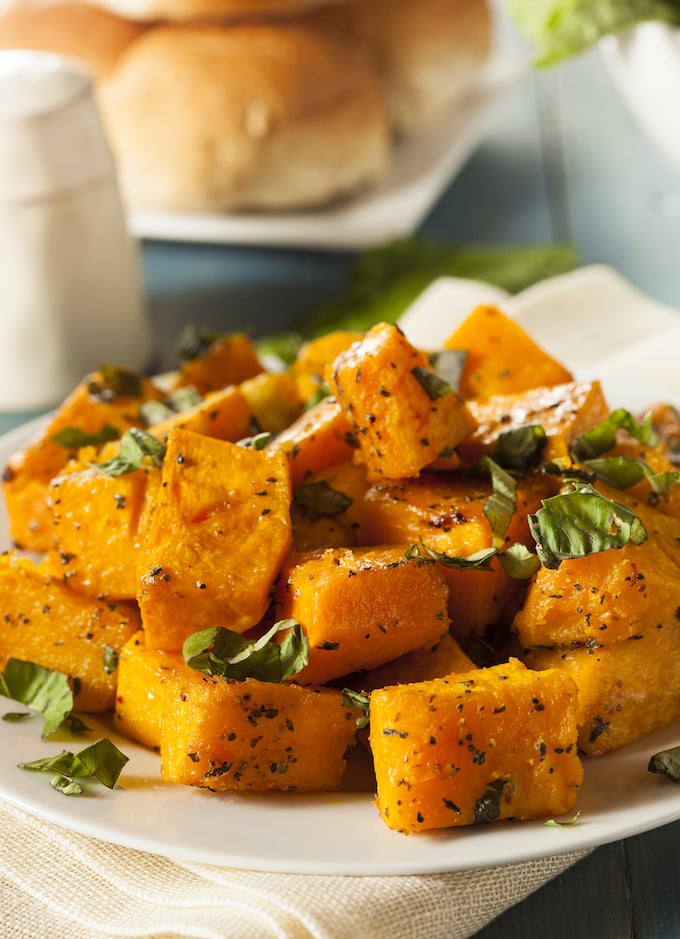 Here are a few easy roasted vegetable dishes that barely need a recipe to make. Use these ideas as a springboard for your own.

The nice thing about roasted vegetables is that you don’t have to slavishly follow a recipe — there’s not much more to them than cut, toss with oil, and roast in a hot oven until lightly and evenly touched with golden brown spots.

Roasting brings out such incredible flavors that even seasonings are optional. If you do use any seasonings, it’s best to keep them simple. In most cases, just the lightest sprinkling of salt and pepper is all you’ll need. And lining your roasting pan will make cleanup a breeze.