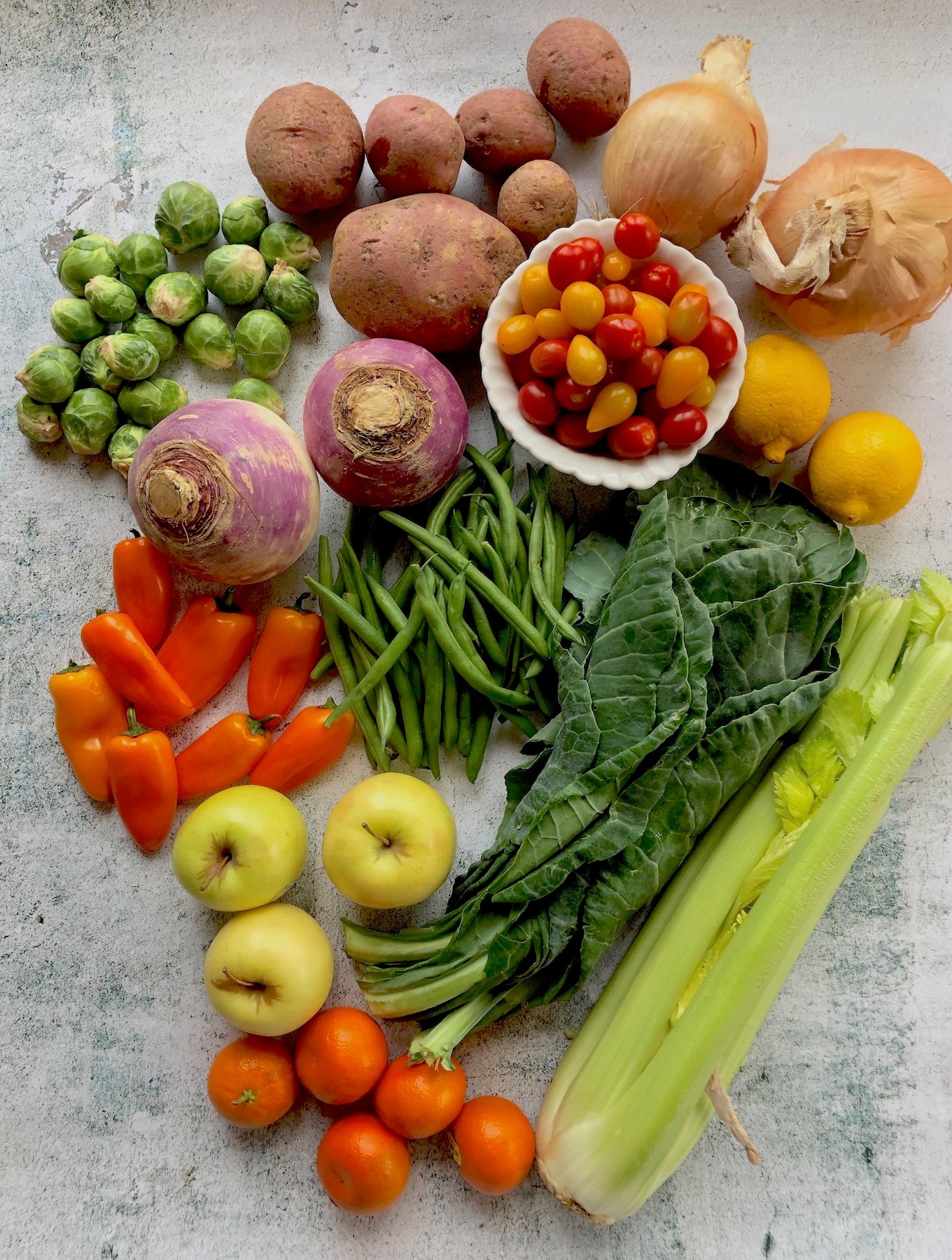 Having recently joined Misfits Market, a subscription delivery service for what’s called “ugly” produce, I can say without reservations that I’m in love. Above, my first week’s delivery.

Each week, a 10- to 13-pound box of organic fruits and vegetables that are apparently not perfect enough for stores arrives at my doorstep (a larger box is available as well). I’ve gotten four deliveries now, and can unequivocally say that I’m thoroughly impressed with this service and the fresh produce I’ve received.

I’m kind of flabbergasted that some of these fruits and vegetables are deemed not pretty enough for stores. I was expecting to get a lot of weird vegetables, like carrots that look like two legs, but so far there hasn’t been anything like that (not that I’d mind).

And in all of these four deliveries, everything has been fit to eat, other than one pear whose stem end was a little mushy (the rest of it was fine). Not a bad track record for 40+ pounds of produce.

When I first subscribed, each box was a surprise melange of produce, which was fun (other than getting celery four weeks running), but now you can customize your weekly delivery.

Plus, their marketplace of all kinds of healthy, mostly organic products at a discount, grows and grows. 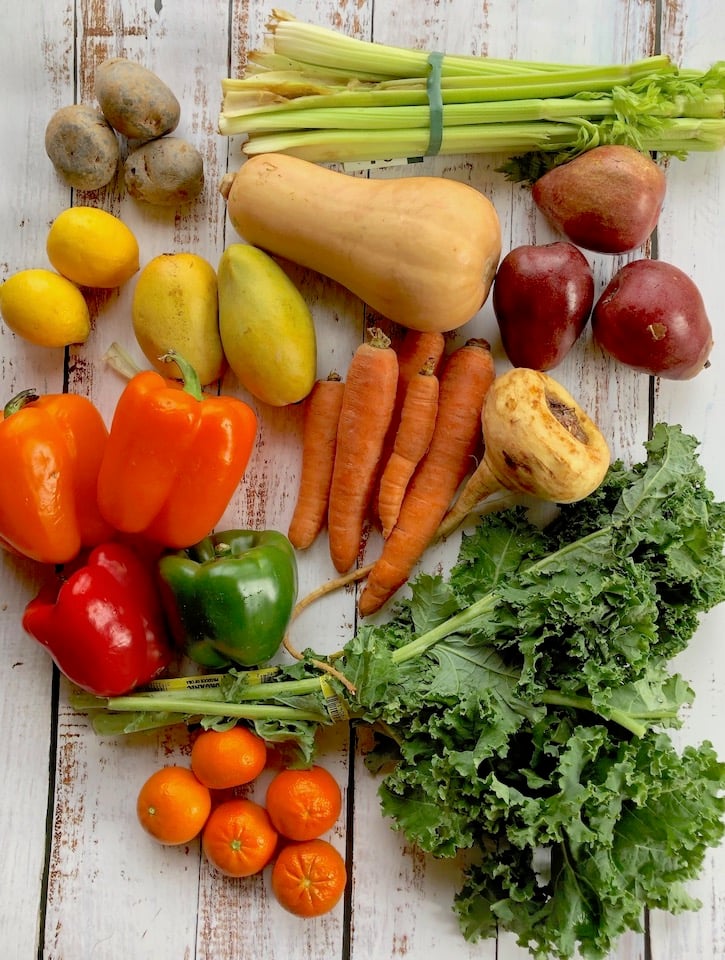 What is Misfits Market, exactly?

“It’s a subscription box of sometimes funny-looking, always delicious produce, designed to break the cycle of food waste. Think of us like an online grocery store, except one that specializes in rescuing food that is unnecessarily thrown away.

We source high-quality organic produce that has a few quirks—onions that are too small, potatoes that are shaped like your favorite celebrity, and carrots that fell in love and got twisted together.

It may sound like a joke, but billions of pounds of this fresh and delicious food is tossed each year because grocery stores only want ‘perfect’ foods on their shelves.

We step in and buy this food from hundreds of farms across the country and bring them to your doorstep, saving you money and helping you save the world.”

Learn lots more about Misfits Market on their FAQ page.

Where does Misfits deliver?

*Due to carrier limitations in some coastal areas of Massachusetts, we cannot currently deliver to Nantucket Island or Martha’s Vineyard.

Keep up to date with where Misfits delivers here. 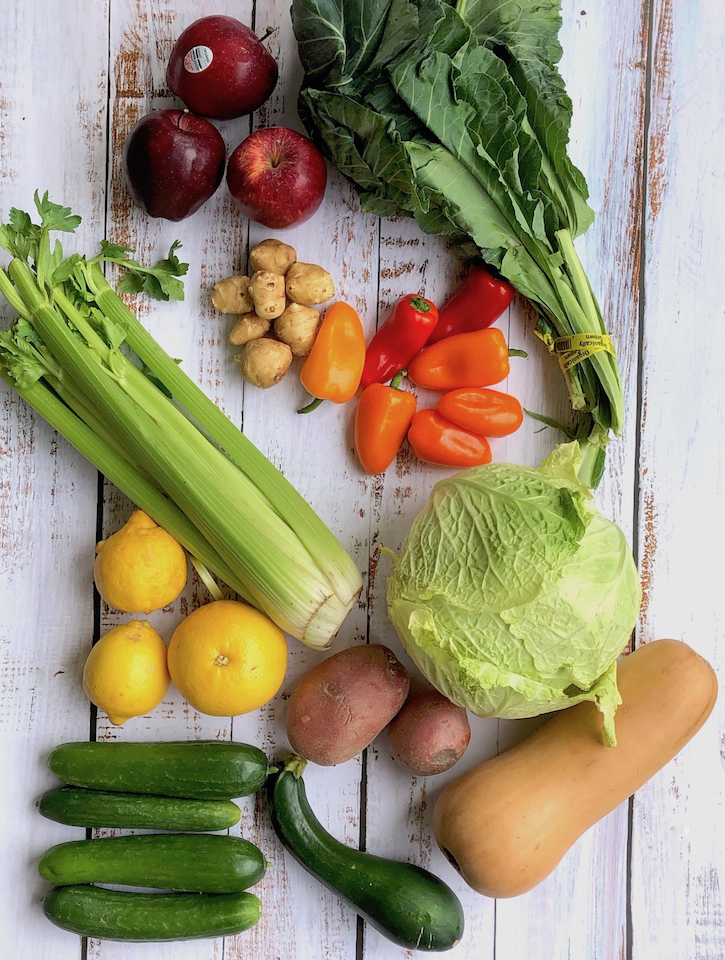 Misfits Market  is helping to eliminate food waste, which is not only wasteful, obviously, but contributes to climate change.

Consistent e-mail messaging lets me know that my box is being packed, that it has shipped, and even once it has arrived.

I can’t think of a single thing I don’t like about the service or produce I’ve received thus far. And the concept is brilliant. Sure, once in a while you get a veggie or produce that completely kaput, but that’s rare.

Disclosure: This is NOT a sponsored post. I’m a subscriber to Misfits market and opinions are my own and given freely.

An article I contributed to Jewish Food Experience about the organization Hungry Harvest begins:

In the U.S alone, tons of produce goes to waste each month because it’s not picture-perfect enough for the marketplace, or because markets have over-ordered. This concurrence of waste and abundance collides with the painful reality of hunger in America. What’s worse, an estimated twenty to forty percent of produce is wasted while one in six people are hungry or food insecure — millions of them children.

It’s no secret that hunger is a huge problem in this land of plenty, but what’s less known is that uncomposted produce dumped in landfills releases methane, a greenhouse gas many times more potent than carbon dioxide emissions.

You can read the rest of the article at Jewish Food Experience.